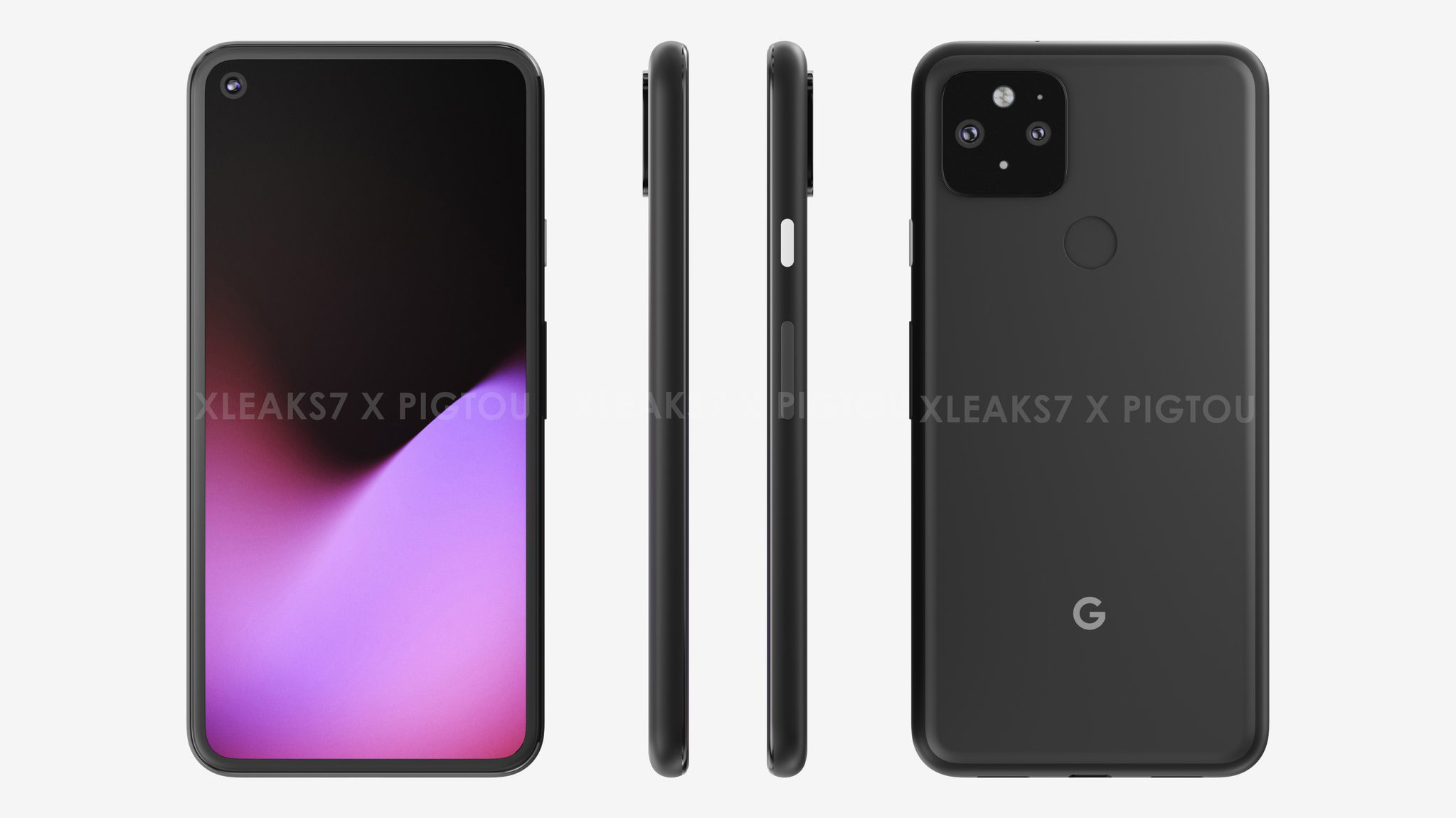 According to the renderings, the phone measures in at 44.6mm long, 70.4mm wide and 8mm thick or 9.5mm thick if you include the rear camera bump. This means that the Pixel 5 features slightly smaller dimensions than the iPhone 11.

If these renders are accurate, the design for this upcoming flagship is poised to be a bit odd in a few ways, but generally, the phone looks similar to the still-unannounced Pixel 4a. The front of the Pixel 5 sports a display with substantial bezels surrounding it. The screen also has a hole-punch camera, which means Google will be ditching the Motion Sense technology featured in the Pixel 4 series.

On the rear the handset features a square-shaped camera module similar to the Pixel 4 series, with the flash at the top and not the bottom. The device also sports a rear fingerprint sensor instead of an in-display scanner like other modern flagship Android smartphones.

Additionally, the handset features a USB Type-C port on the bottom with two speaker grills flanking it. It’s likely the Pixel 5 will sport aluminum sides and a glass back, but it’s unclear what material the phone is made of. Pigtou in collaboration with relatively unknown leaker David Kowalski shared the renders showcasing the front and the back of Google’s still-unannounced next flagship smartphone.

Previous rumours suggest the Pixel 5 will feature a Snapdragon 765 chipset and a 5.78-inch OLED display with QHD resolution.

Similar to past years, Google is expected to launch the Pixel 5 in October. As with all leaks, I’d take this with a grain of salt and wait until Google officially unveils its flagship, especially given it’s only a CAD render.