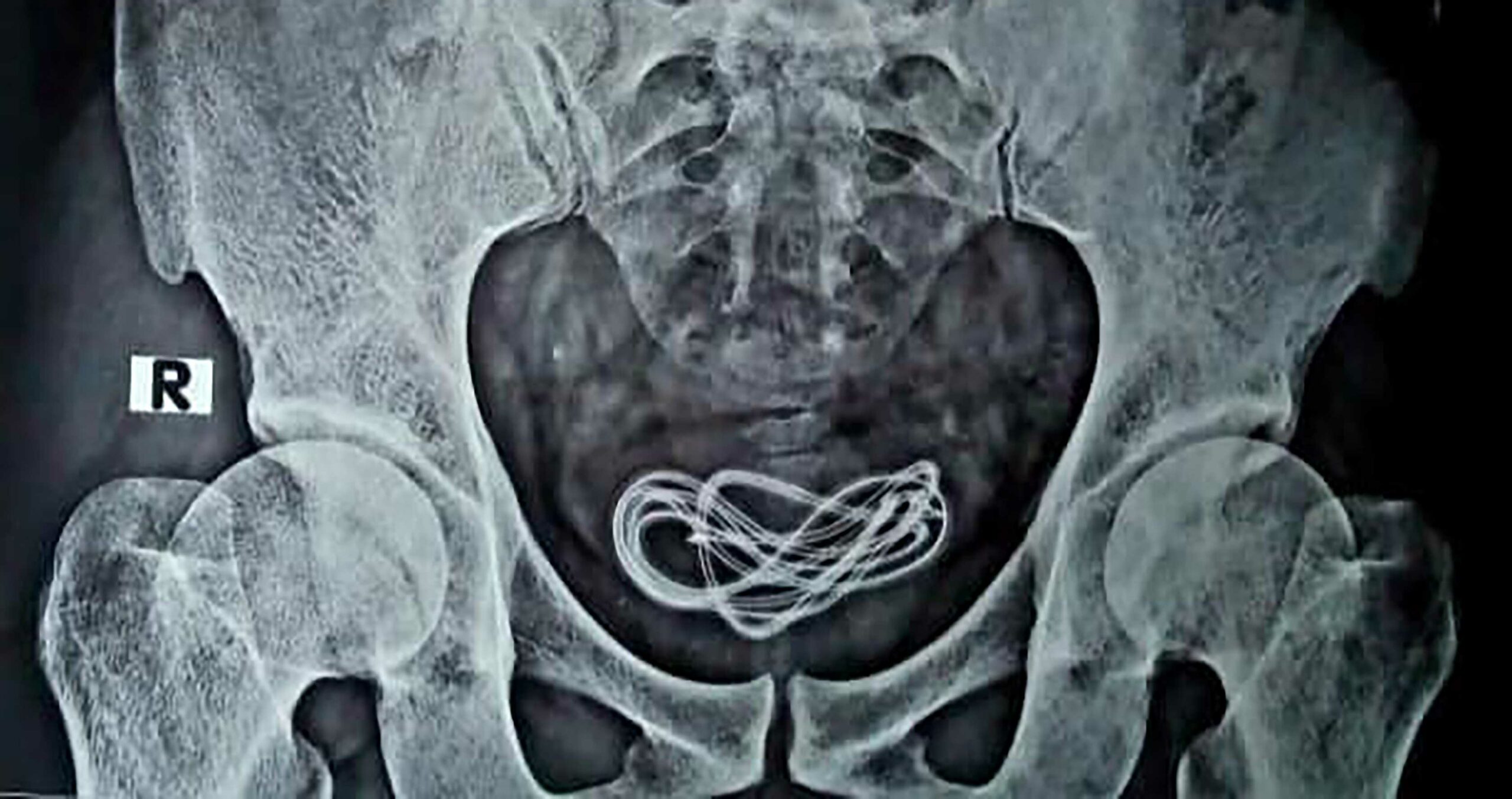 Doctors have removed a phone charger from an Indian man’s bladder after he inserted it into his penis.

Speaking to CNN, Guwahati-based general surgeon Dr. Walliul Islam said the man initially came to his hospital claiming that he had swallowed his headphones.

After five days of using laxatives to no avail, the doctors performed an endoscopy but were still unable to locate the headphones. However, the patient continued to complain about stomach pain, prompting the doctors to perform surgery.

It was only during an X-ray that doctors discovered the real problem: a two-foot-long (about 0.61m) mobile phone cable lodged in his bladder. To get there, Islam says the cable was inserted via the urethra, the tube that leads from the penis to the bladder. Based on images that Islam posted to Facebook post, it appears that the cable is proprietary, as it doesn’t resemble a standard micro-USB or Lightning to USB cable.

“Surprises in Surgery! After 25 years of experience in Surgery, I continue to be surprised and shocked by instances like this where my intellectual and surgical skills are challenged…. [sic]” Islam wrote in the Facebook post.

Speaking further to CNN, Islam said the patient shouldn’t have misled his doctors. “If he had been honest then it would have saved us the trouble and we could have treated him sooner.”

However, it’s likely that he was embarrassed by the whole ordeal, which Islam alluded to.

“I have read that people used to get sexual gratification by inserting instruments through the penis. This is one such case, and the psychiatrist can help him beyond this point,” said Islam.