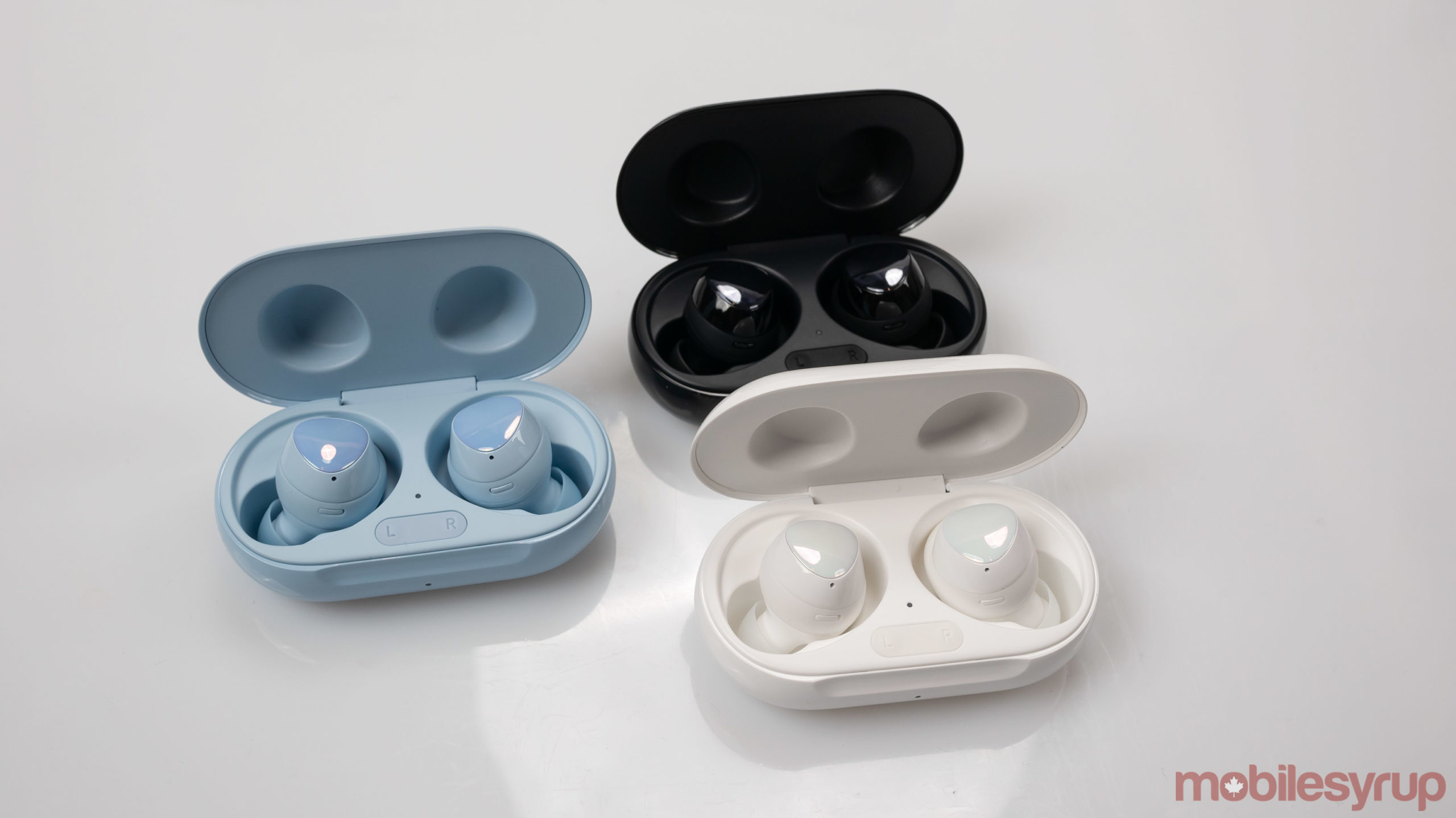 Samsung’s new Galaxy Buds+ headphones are coming to Canada on March 3rd, but if you pre-order one of the tech giant’s S20 phones, then you’ll also get the headphones for free.

The headphones maintain the same look as last year’s Galaxy Buds, but this time around there’s no yellow colour. Instead, Samsung is re-using the ‘Cloud Blue’ colour that is also highlighted on the S20. 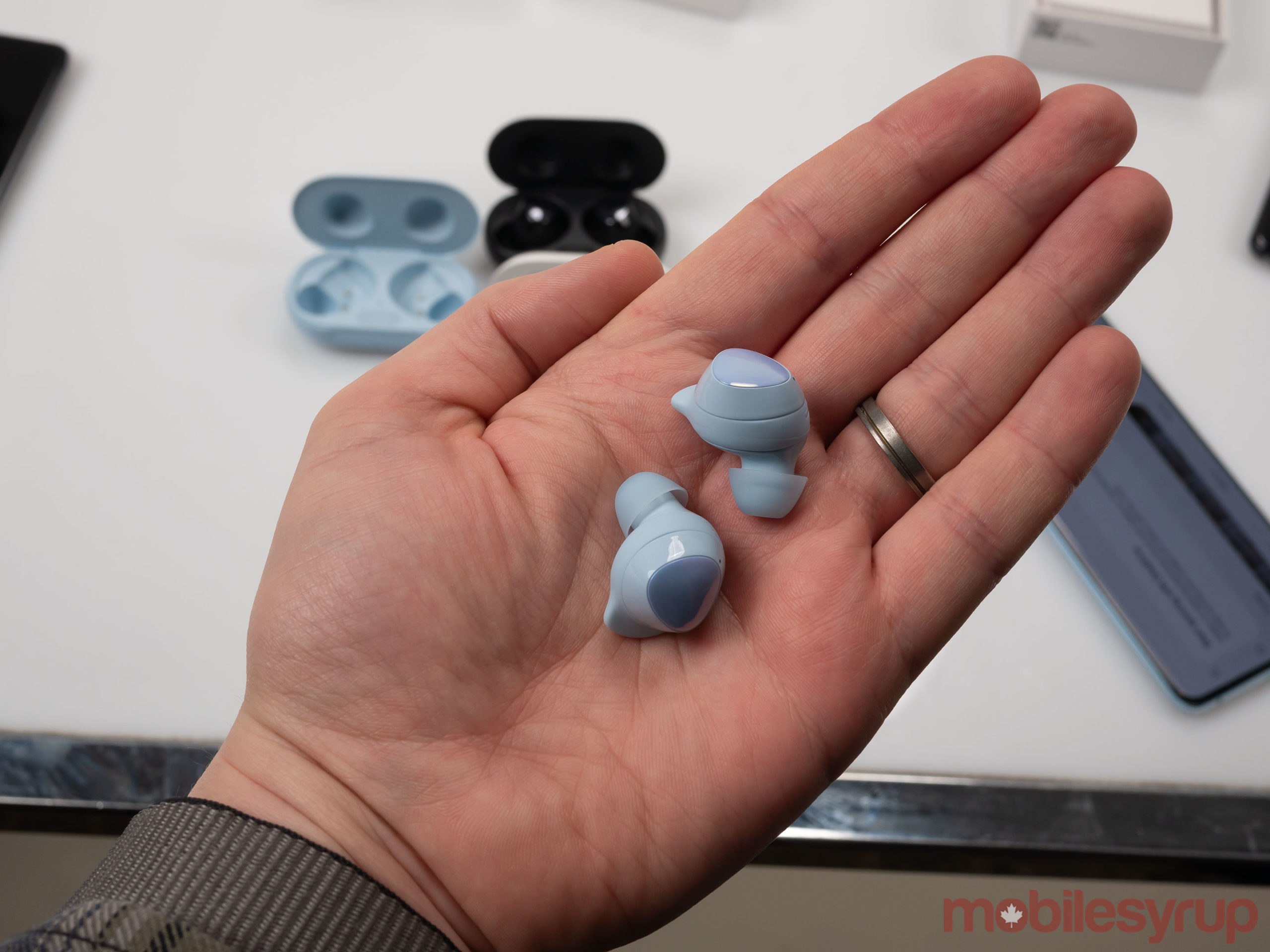 Beyond a new colour, Samsung says that the Buds should last for 11 hours when not in the case, while with the case, they’re slated to last for 22 hours. These stats are as long as you’re only listening to music or videos. The talk-time battery life is 7.5 hours without the case and 15 hours with the case.

The new buds are also packing Bluetooth 5.0 and can connect to more than one device at a time.

The sound quality has been doubled this year as Samsung added a second speaker. This means the Galaxy Buds+ feature both a tweeter and a woofer for more balanced sound.

It’s also worth noting that there’s a third microphone on the new earbuds, so call quality should be improved as well. 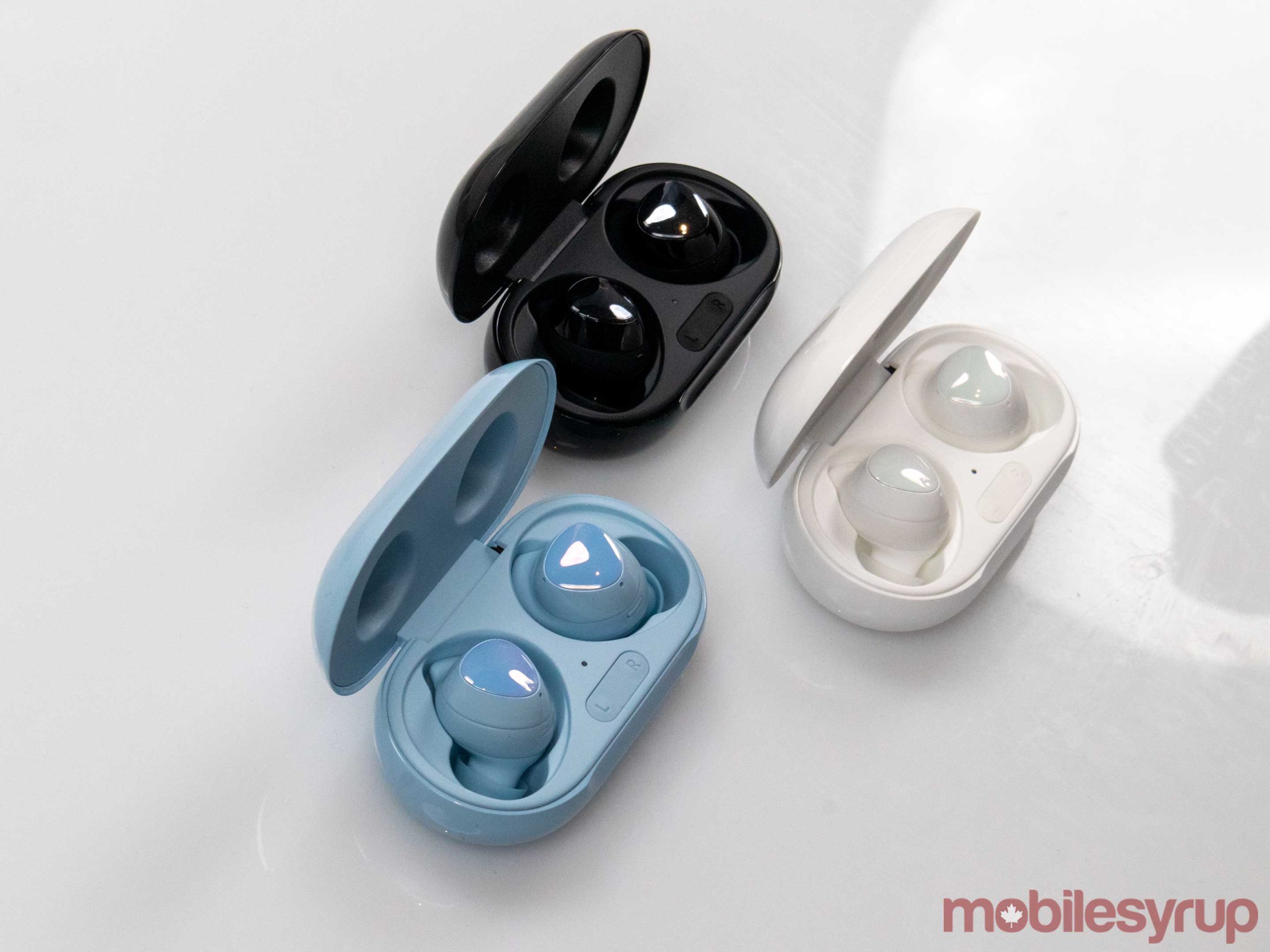 Samsung has also partnered with Spotify so users can tap and hold on the earbuds touchpad to begin playing an auto-generated playlist on Spotify based upon your previous listening activity.

That’s all we know for now, but we’ll have a more detailed breakdown once we get some hands-on time with the earbuds in the coming weeks.

One thing that’s missing is that the earbuds still don’t have active noise cancellation. It seems like Samsung isn’t positioning these against the AirPods Pro, but instead against the base-level AirPods and other similar wireless earbuds.

The Galaxy Buds+ cost $199 CAD, which is the same price as last year’s Galaxy Buds.