Sonos Port vs Amp: Which device is right for you? 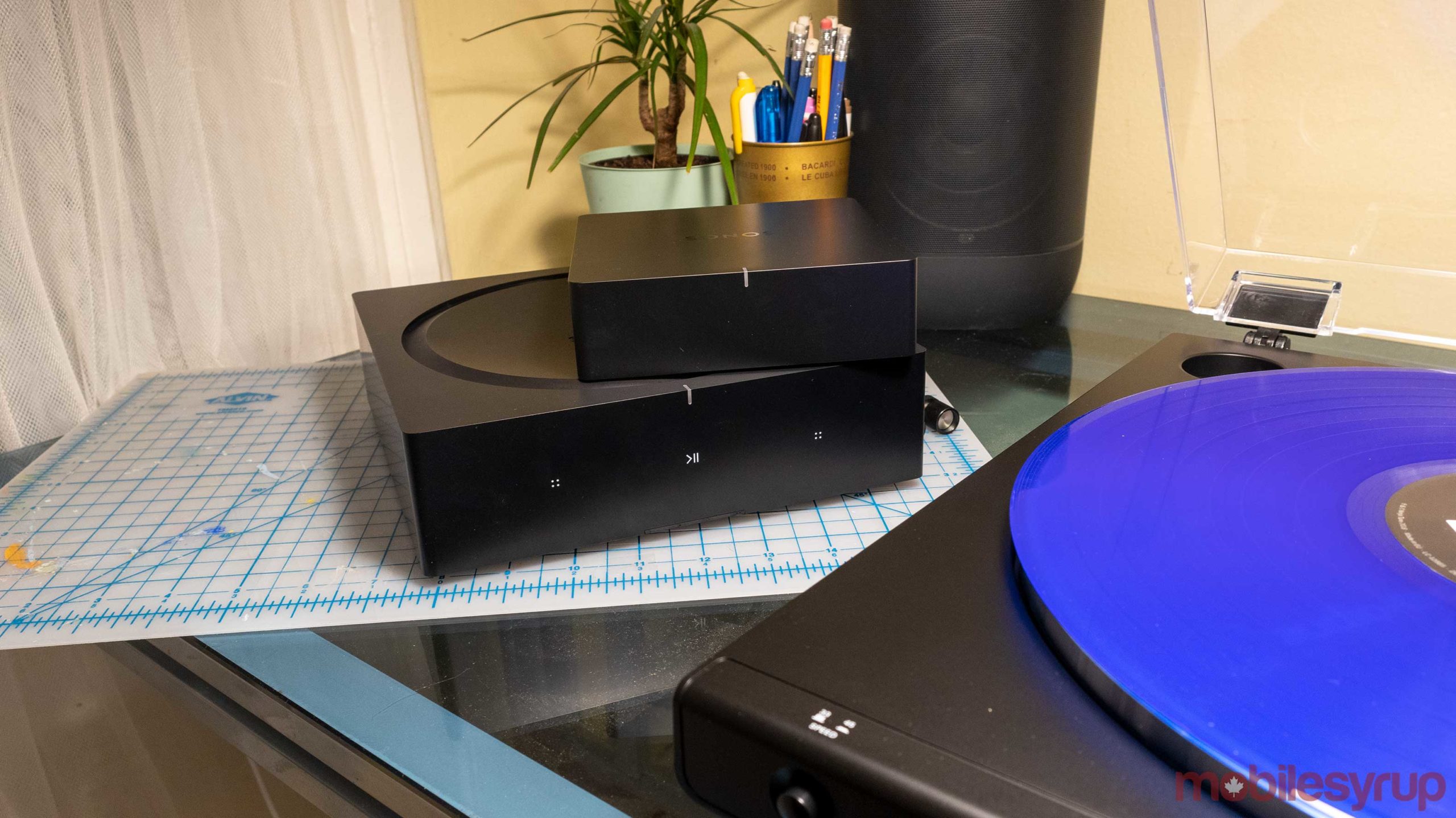 Sonos has two auxiliary devices in its arsenal. Both of them work great and offer similar features, but they’re geared towards different purposes.

The Port is for users with speakers that connect to a power source, while the Amp can power passive speakers, among other things.

Overall, these are both premium devices that could be the missing piece in your Sonos home audio puzzle. However, the issue is figuring out which one is right for you.

If you’ve invested in Sonos’ ecosystem, you likely already have a few speakers in different rooms around your home. For those who are unaware, the platform allows you to stream music from several music streaming services, to a single speaker, or multiple at the same time.

At a glance, this is what Sonos offers, but the Amp and Port ramp things up to provide many features that could be useful depending on how you consume music.

Why would I want one of these? 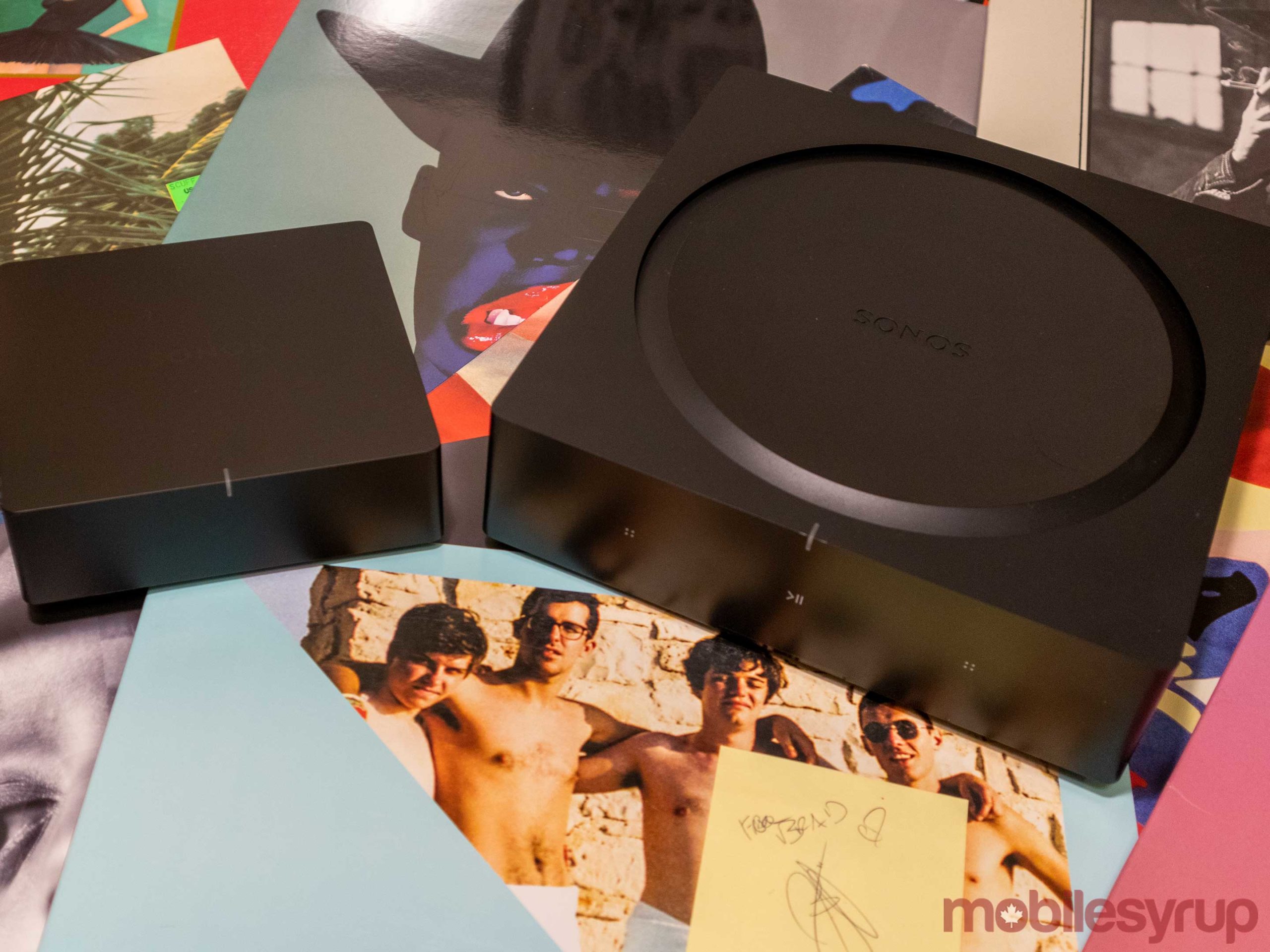 The most straightforward reason to get a Sonos Port or an Amp is to connect it to audio devices that include RCA or AUX inputs.

This includes record players, old MP3 devices, CD players, surround sound systems and more. The audio components even include high-end analog to digital converters to make sure that your vinyl collection sounds just as good playing via Sonos as it does when it’s wired.

Some ideal use cases for the Port and Amp are to attach it to an amplified turntable to play your records on wireless Sonos speakers. This is how I’ve been using it, and it’s an incredible experience. If you have an older record player, you can buy a small turntable amp to make it work with the Port or Amp, but that means you’ll have more wires to deal with.

You can also replicate this experience with any other form of non-streamable media. Maybe you have an amazing iTunes library on an old iPod? Jack it into the Port and you’re good to go. A million CDs or tapes? Connect your player to the Port or the Amp and stream it.

Both devices support AirPlay 2 so you can stream any audio you want from Apple’s hardware.

What’s special about the Port 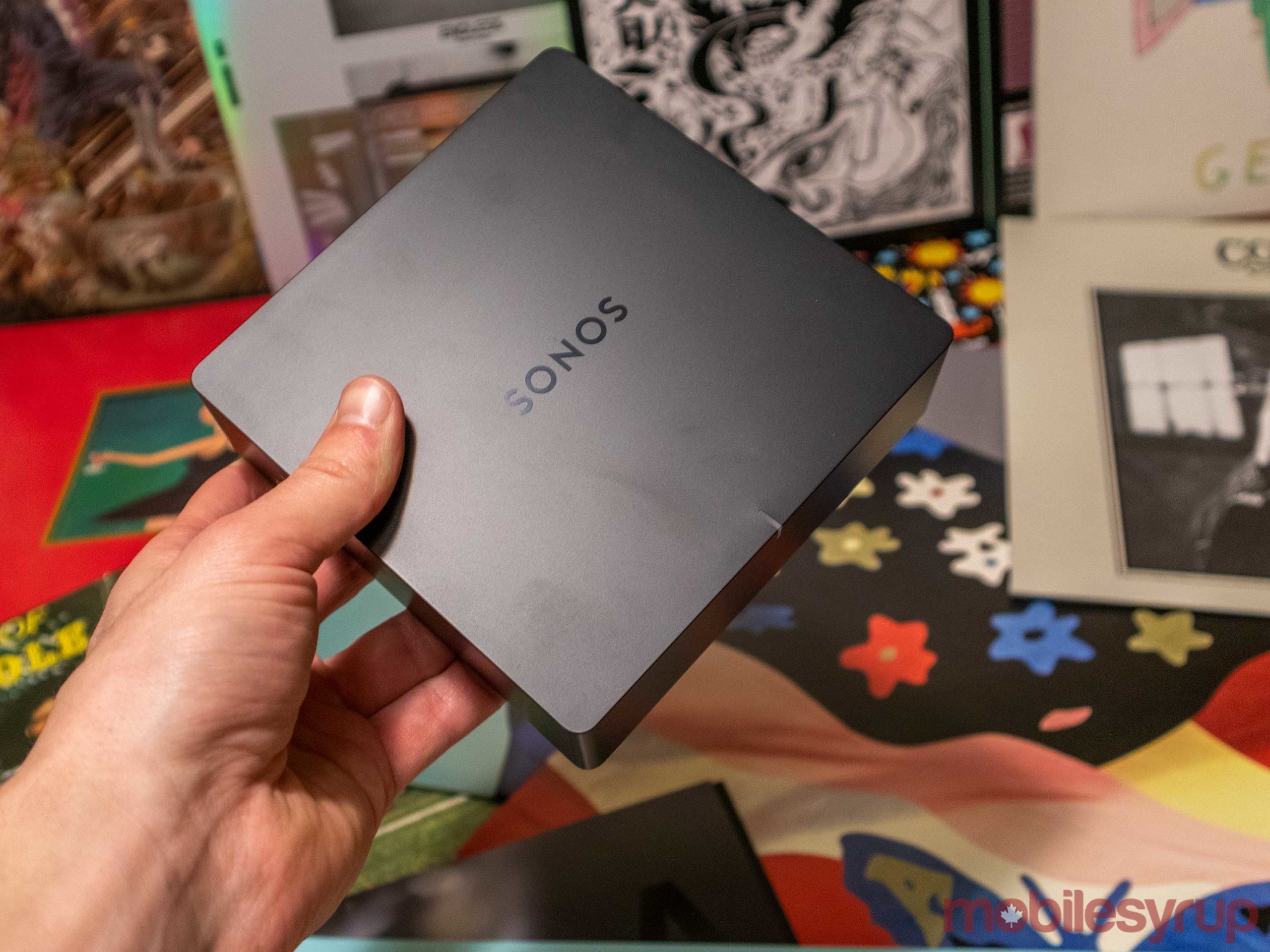 The Port is Sonos’ entry-level stereo system component. It’s a discreet looking black box that’s designed to be tucked away out of sight.

It doesn’t have any physical volume controls since most powered speakers have their own volume controls. You can also change the volume via the Sonos app.

The device even has a 12-volt trigger mechanic, so if it’s set up correctly, it’s capable of powering an audio receiver wirelessly.

In terms of inputs and outputs, there’s a power input, two ethernet ports, left and right channel RCA-in and-out ports, plus, a digital coaxial-out and the plug for the 12-volt trigger.

If your speakers plug into a wall or some other device to power them, then you can make them part of your Sonos system. Along with all the experiences I mentioned above.

Is the Amp better? 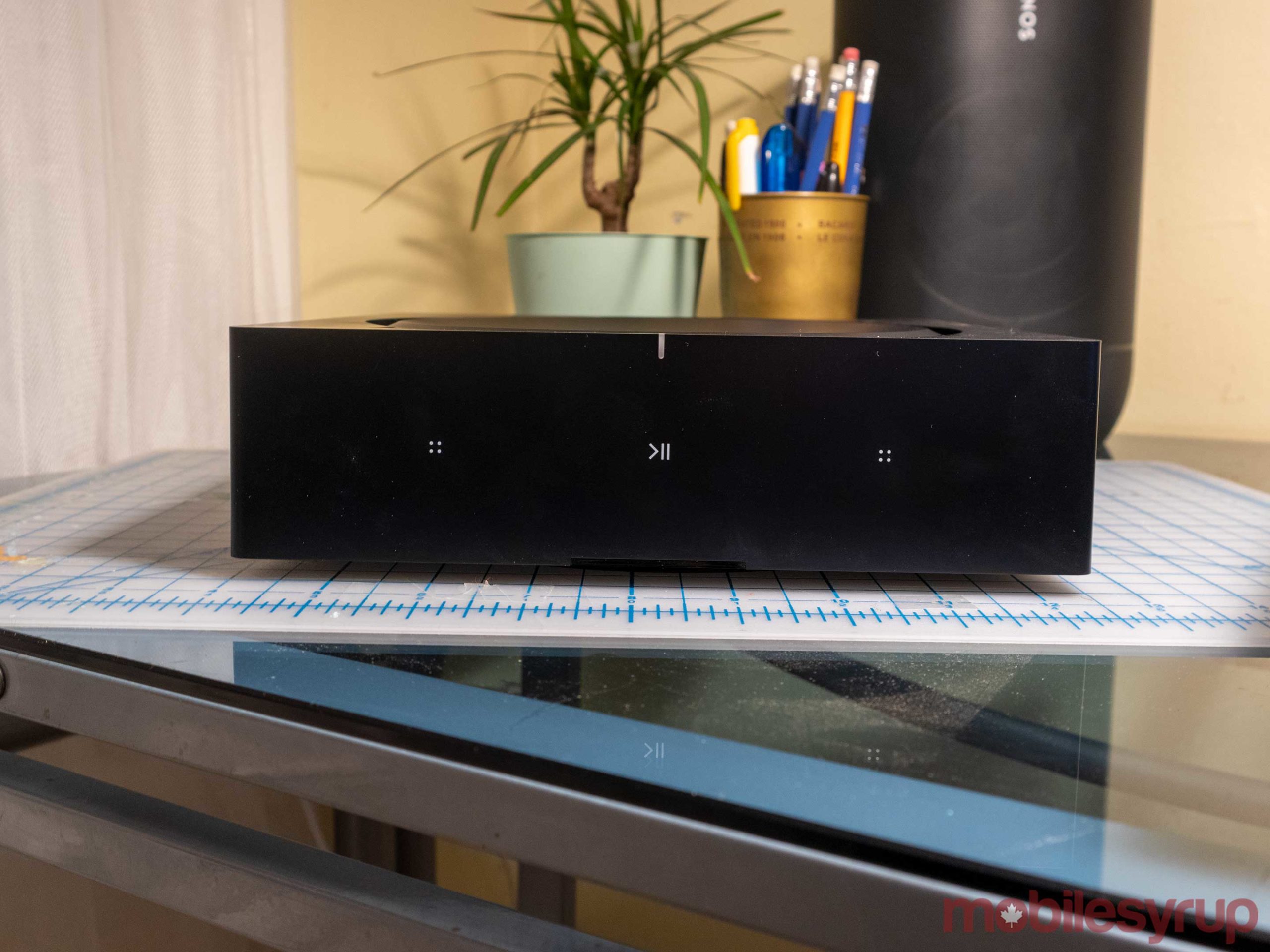 In short, yes, but only for particular use cases.

The Amp can do everything that the Port can do plus a few other things like creating a surround sound system for your TV and powering passive speakers.

The Amp’s primary use for most people is acting as a power source for passive speakers (units that connect via speaker wire and don’t plug into an outlet). It can supply enough juice to power left and right speaker pairs with a power rating of at least 125W for 8-ohm speakers, and at least 200W for 4-ohm speakers.

If you’re looking to blanket a large space with sound, the Amp is likely one of your best bets. Sonos even sells wall and ceiling sets of speakers in a bundle with the Amp to kickstart a setup like this. 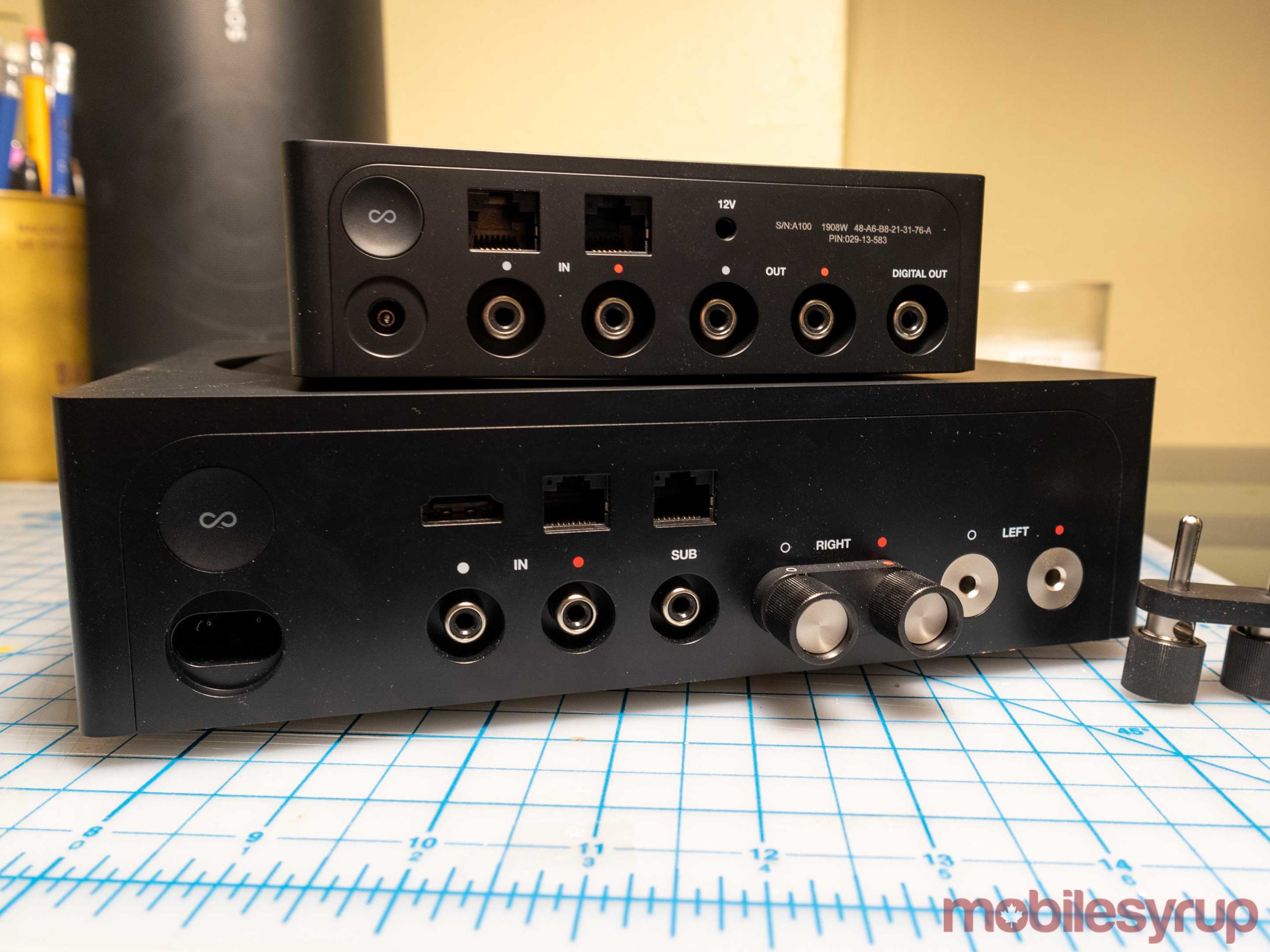 The other unique feature included in the Amp is the ability to incorporate it into a Sonos-based TV surround sound system.

It might not be as easy to set up as a Sonos soundbar plus two Sonos One speakers, but it does provide more modularity.

Users can plug the Amp in via an HDMI cable to their TV and use two passive speakers as the left and right forward channels. Along with this, you can connect a wired third-party subwoofer to the Amp instead of having to use Sonos’ expensive model.

You will need another Amp plus speakers or two wireless Sonos units to complete the rear aspect of the surround sound setup.

The Amp also includes physical buttons that allow you to adjust the volume and hit play/pause since most passive speakers don’t offer built-in controls.

It all comes down to what you need 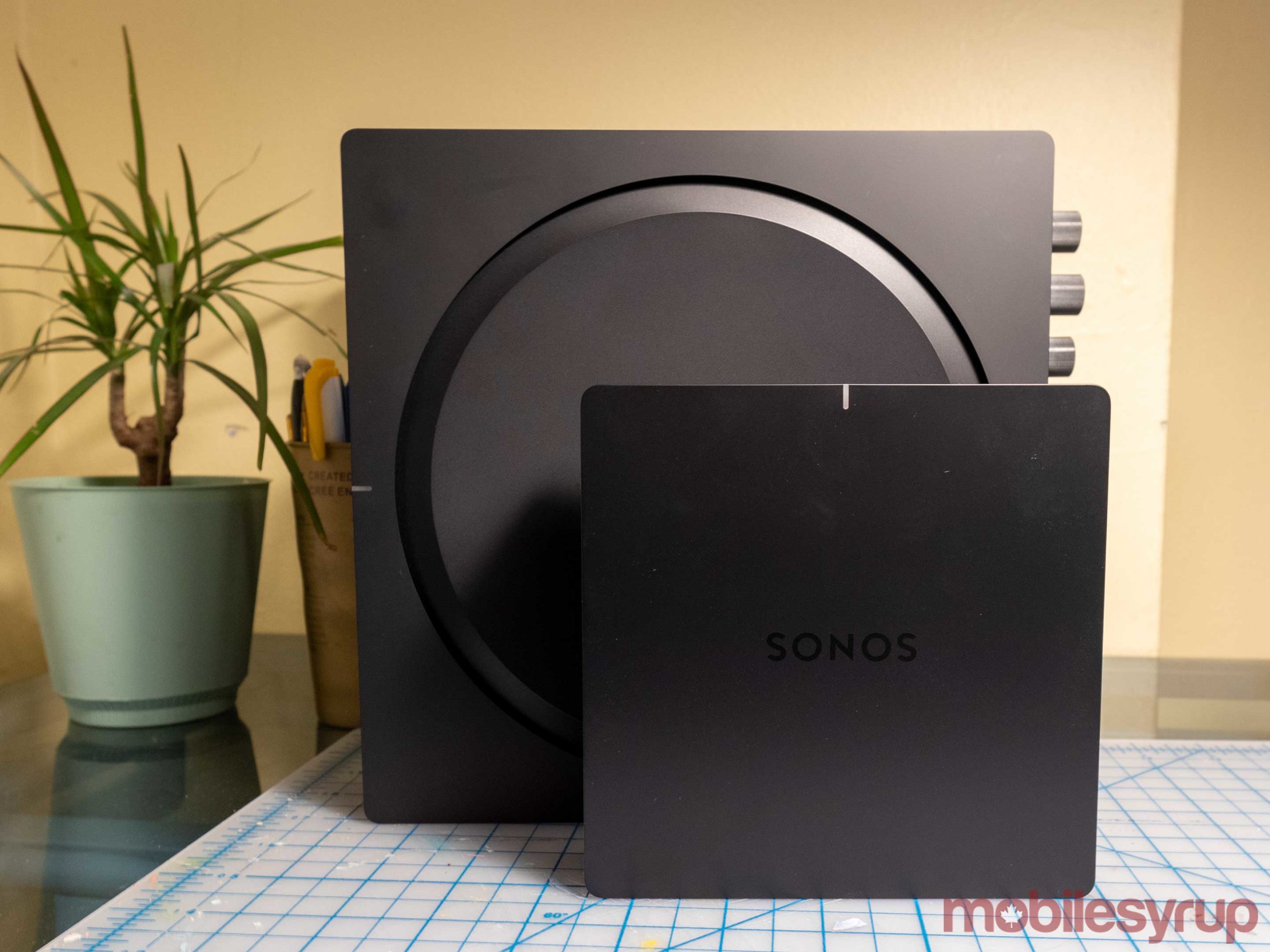 Both of these systems work well and accomplish the task of bringing older forms of audio into the wireless world of Sonos.

It boils down to what speakers you want to connect to the units. If you own a pair of passive speakers that you’re in love with or you want to install some wall units, the Amp is your only choice.

If you have a modern pair of bookshelf speakers or you want to incorporate Sonos into your already established home audio system, the Port is perfect for slotting beside a receiver.

Overall, I’m a big fan of both of these and rate them quite highly, which is good because like many other Sonos devices, they cost a premium but are worth it.