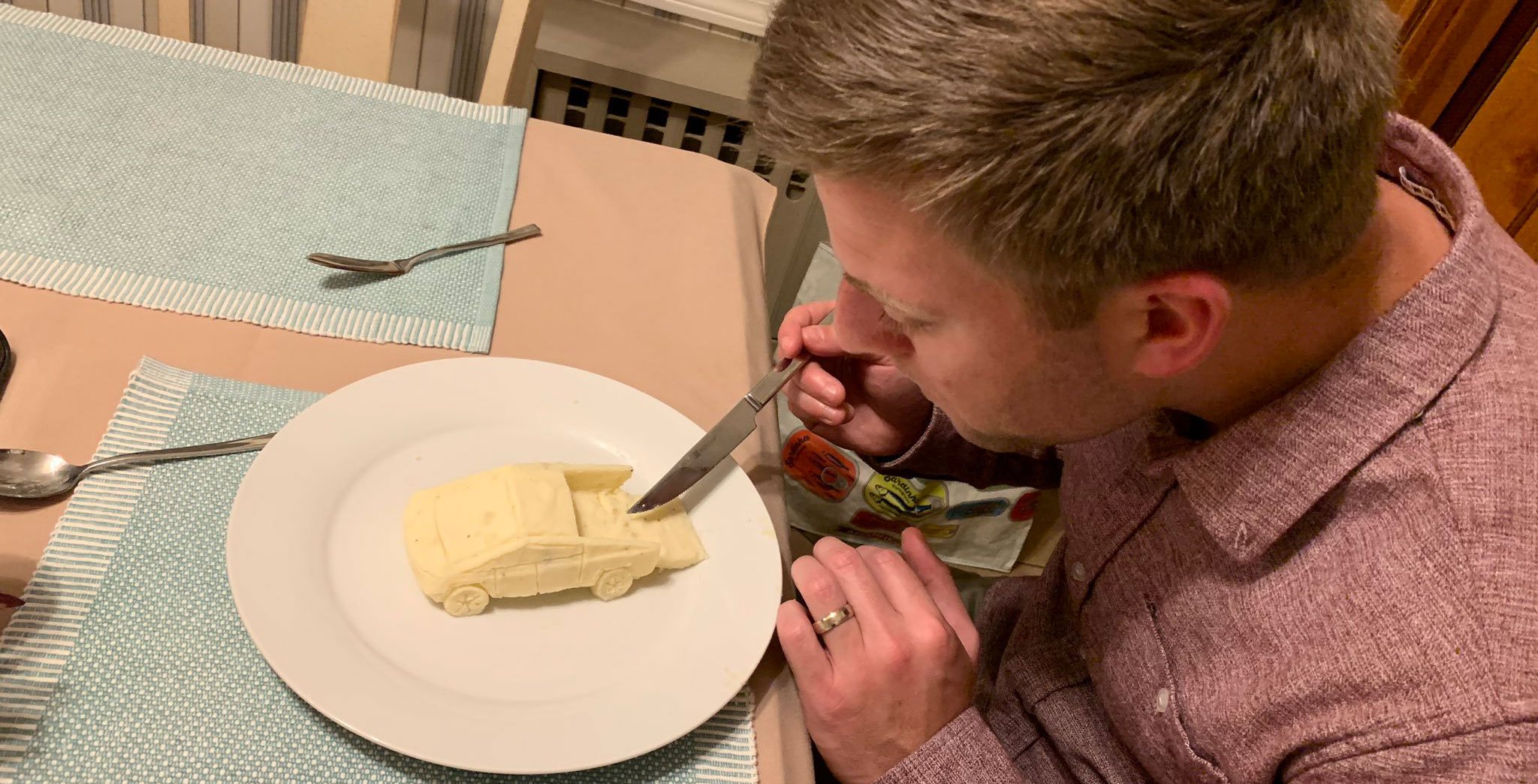 First there was the Lego Cybertruck — which is obviously better looking than the actual thing — and now we have another take on Tesla’s boxy electric truck made out of purely mash potatoes.

Dan Milano (@DanMilanoHere), a producer for NowThis, recently tweeted a video of his brother’s efforts to recreate Tesla’s Cybertruck using only mashed potatoes. The work of art bears a striking resemblance to the Cybertruck, right down to its rather strange angular design.

My brother has been working on a mashed potato cybertruck for over an hour pic.twitter.com/Bze4kOKiHy

In a series of tweets, Milano says that the sculpture took his brother over an hour to create. There’s an entire thread documenting the painstaking process his brother went through carving the Cybertruck out of a delicious dish of mash potatoes. The design even includes the smashed windows from the Cybertruck’s reveal, along with its tail gate that expands into a ramp.

We filled the back with gravy pic.twitter.com/f8pMfJaEaD

I assume that rather than a battery, this mashed potato Cybertruck is powered by pure gravy.

Source: @DanMilanoHere Via: The Verge