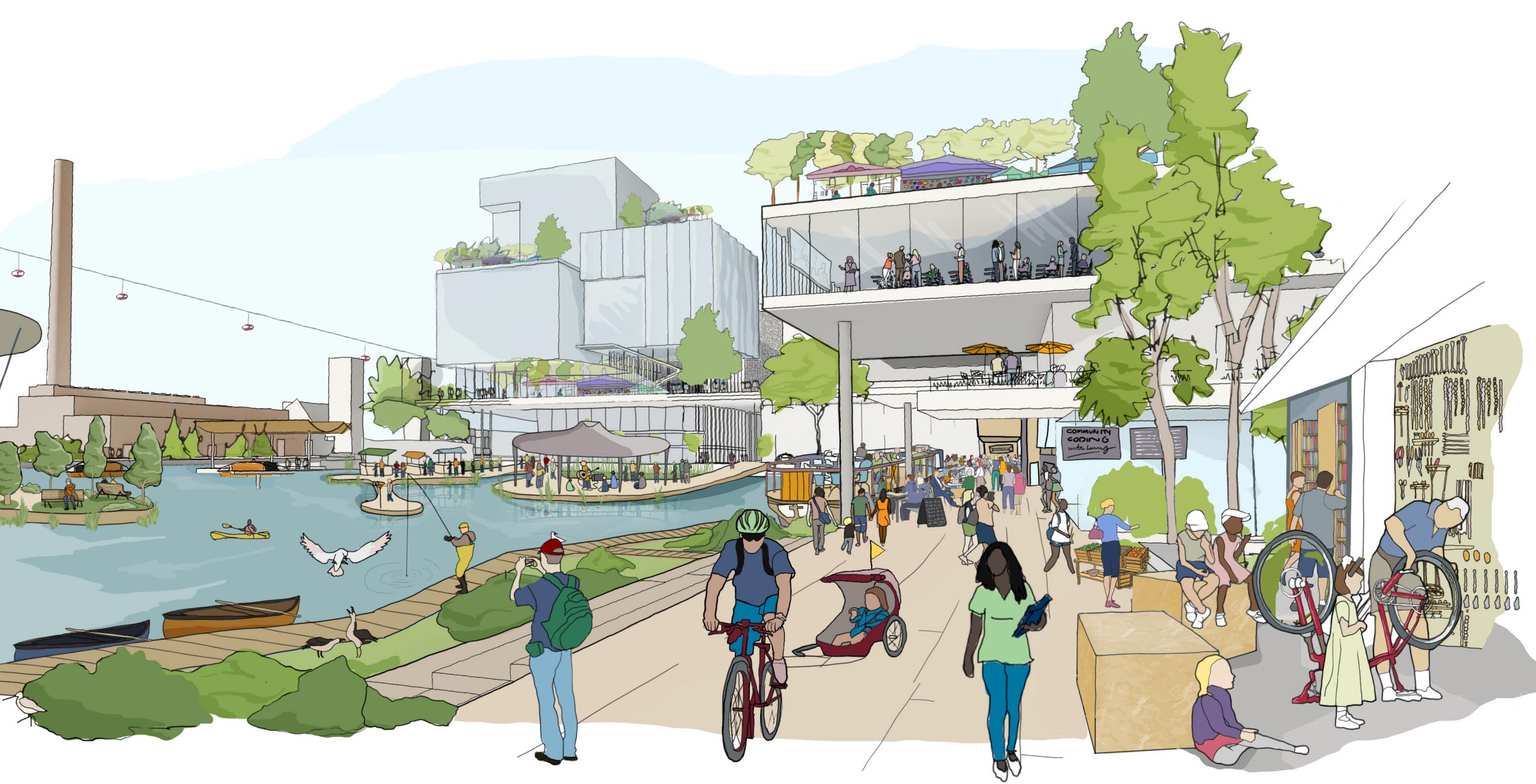 Sidewalk Labs released a lengthy document providing more details on the technology it plans to use in developing the Quayside smart city project. Technologies include self-driving garbage cans and infra-red sensors to track foot traffic in stores.

The 483-page document Sidewalk released came in response to criticism from Waterfront Toronto over the abstract initial proposal. Waterfront Toronto gave tentative approval to the project in October after Sidewalk agreed to change its original plans, including the decision to put all data collected from the smart city into an ‘Urban Data Trust.’

Sidewalk, owned by Google’s parent company Alphabet, will develop a 12-acre area known as Quayside in downtown Toronto and plans to include several smart installations. For example, the development will feature adaptive street designs and responsive sounds to help blind people find their way around.

The document also detailed a ‘pay-as-you-throw’ system for garbage disposal. Each garbage bin contains volume sensors to detect when it should empty itself as well as optical sensors to allow the self-driving containers to navigate through Quayside.

Further, Sidewalk says the majority of the services it proposed have already been partially or fully implemented in existing projects.

Sidewalk wants the new document to “not only describe the ‘what’ and the ‘why,’ but also the ‘how’ and ‘who’ for each service.”

Further, Sidewalk has said it wouldn’t sell data to third parties or use it for advertising. Additionally, it classifies four categories of data, including personal information, which it won’t share with third parties without explicit consent. This includes other Alphabet-owned companies.

On top of this, Sidewalk says it won’t use facial recognition and that 60 percent of its services won’t generate personal information.

Waterfront Toronto is still reading through the new document from Sidewalk. The project will now go through a formal evaluation and more public consultations before a final vote on March 31, 2020.