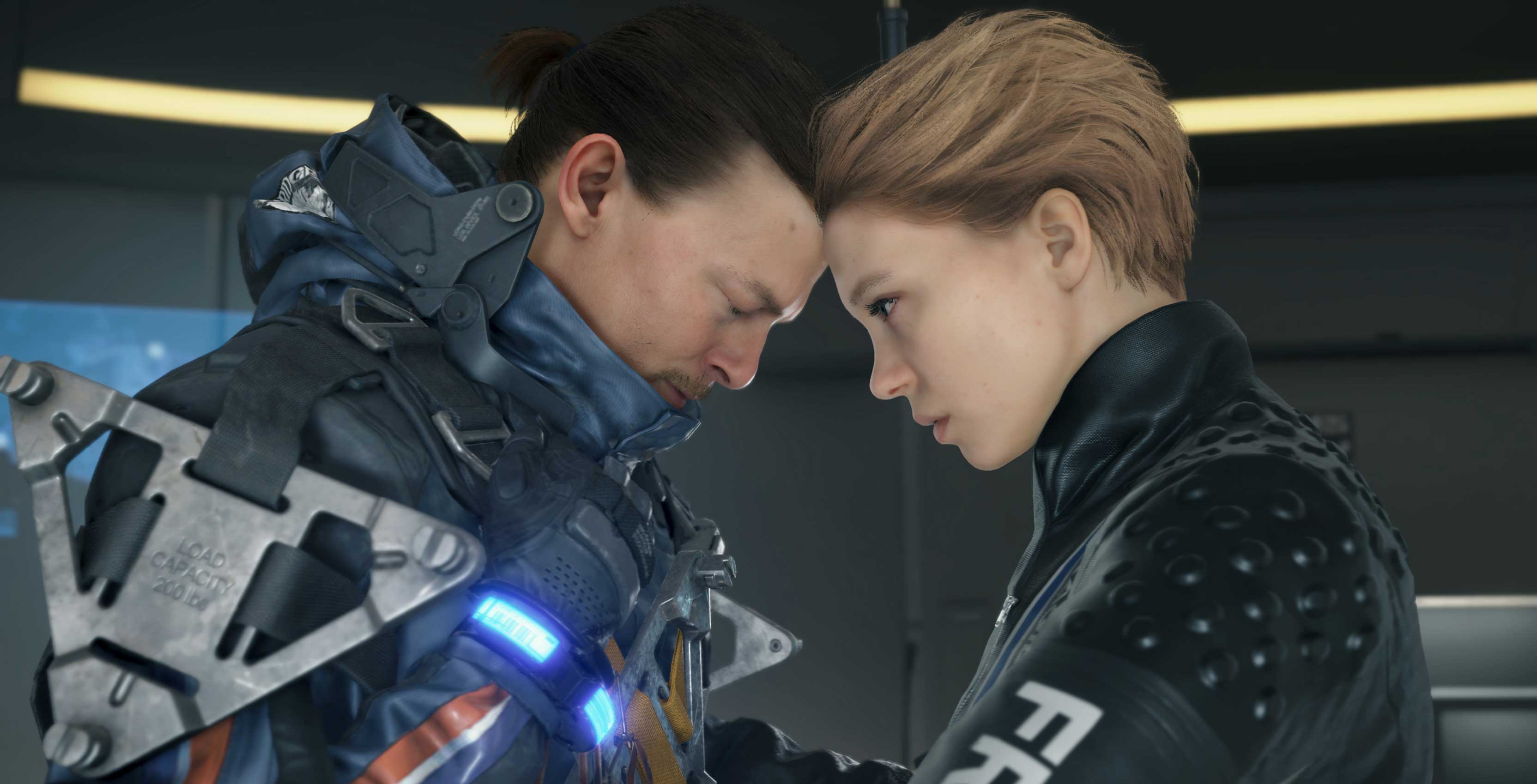 I didn’t know what to expect going into Kojima Productions’ Death Stranding.

As someone who absolutely adores the Metal Gear franchise, the prospect of series developer Hideo Kojima and many members of his original team making a brand new IP for the PlayStation 4 was certainly intriguing. On the other hand, marketing material only muddied understanding of what the game was even about.

Unfortunately, after roughly 20 hours with Death Stranding, I’ve discovered that beneath all of the hype and secrecy lies a very boring and repetitive experience that leaves me little desire to continue.

In Death Stranding, you play as Sam Porter Bridges (The Walking Dead‘s Norman Reedus), a porter who’s tasked with travelling across desolate lands to reunite a fractured America. All the while, Sam must avoid the mysterious floating creatures that are tied to death itself.

As far as game premises go, it’s a fairly unique one. However, the execution is what’s lacking. Ultimately, the majority of the game’s missions require you to run long distances through barren wastelands to get to your delivery site. Once there, you drop off your package, receive a new order with some lengthy exposition and embark on another prolonged trek to make your next delivery. 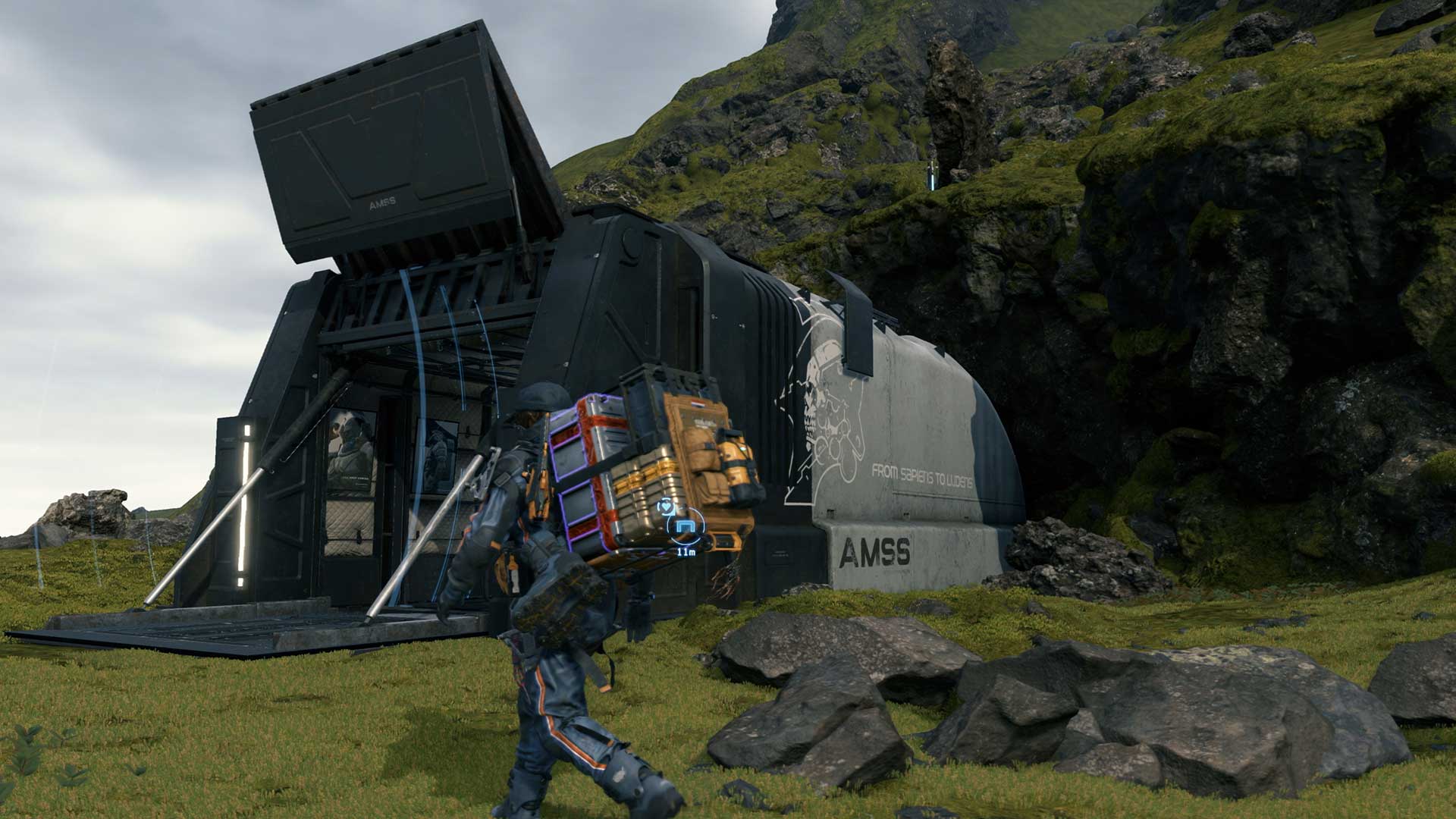 This is woefully dull to begin with, but it’s made even worse by Death Stranding‘s frustrating centre of gravity system. If Sam is carrying too much on his back, his load will tip to the left or right, requiring you to hold that respective trigger to regain balance.

During this time, Sam slows down as he shifts his weight. If you don’t hold the triggers quickly enough, Sam will flail and fall down, with his gear falling out of his pack and BB — the tubed ‘bridge baby’ featured heavily in the marketing — will start to cry. From there, you have to monotonously pick up everything back up and soothe BB with a motion-controlled controller rocking mini-game.

It’s an extremely tedious mechanic that makes running around even more grating since it drags out your entire journey. That’s to say nothing of timefall, a form of rain that persistently pops up and degrades your equipment over time. It already usually feels like you’re making little progress, so having to stop to shield your eroding resources and cover them with a repairing aerosol just makes it worse.

Fortunately, there are a few elements that shake up exploration in mostly clever ways. Firstly, there are the ‘Beached Things’ (BTs), the otherworldly entities that have become stranded on Earth after the calamitous ‘Death Stranding’ phenomenon.

Occasionally, the BTs will appear in timefall areas, requiring you to move very slowly and hold your breath using R1. You’ll be able to get a general idea of where they are thanks to your scanner and BB. 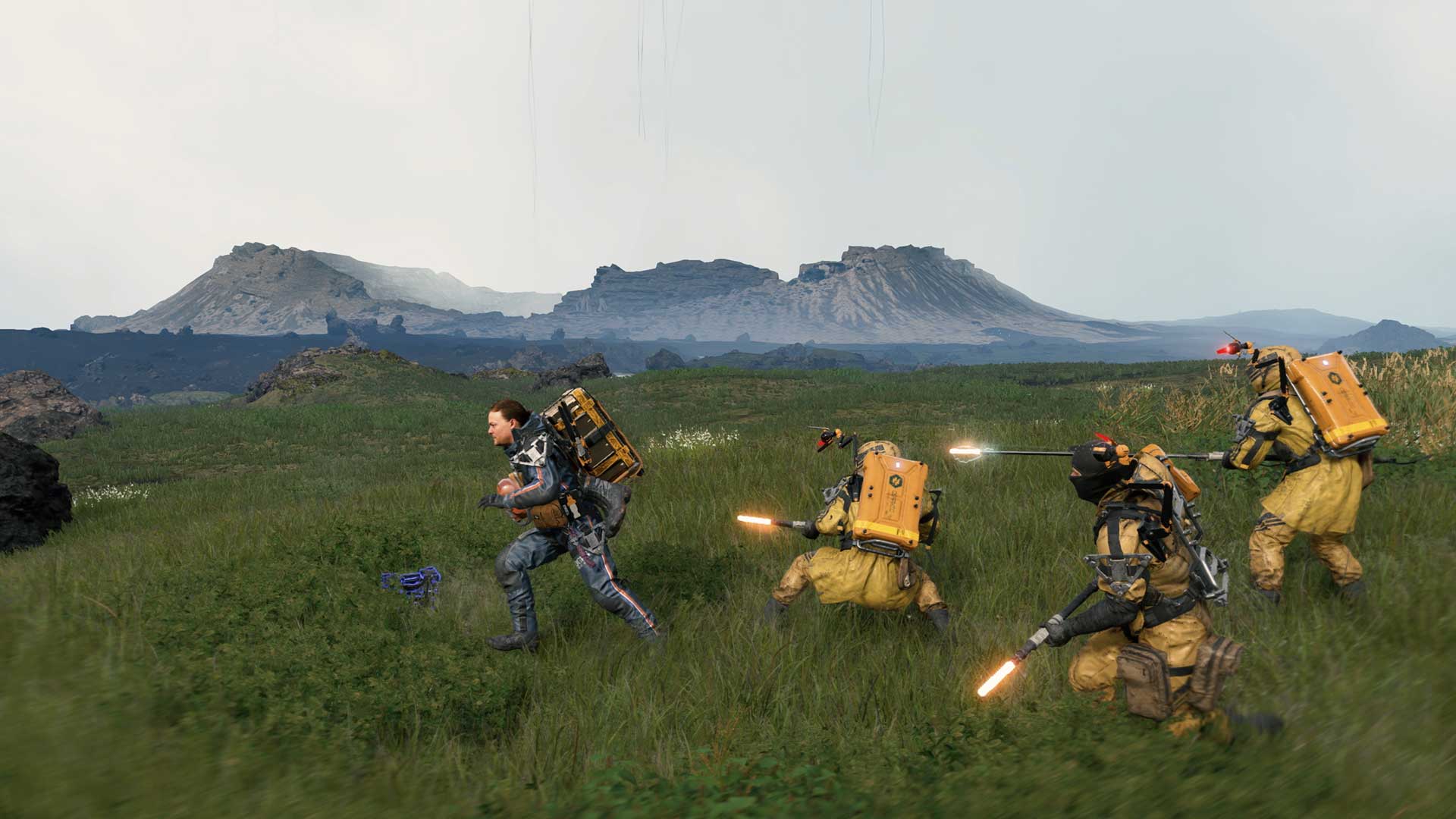 If you get caught, the area gets consumed in dark pools of goo that you must trudge through to regather your equipment and escape. Frantically trying to pick up my gear as a large monstrosity lumbered towards me made for a thrilling experience.

I just wish these didn’t happen so often. BT zones frequent the land, which discourages exploration when you know that you’re bound to get attacked every five to ten minutes or so. Even when I eventually unlocked an electric bike, I found it too slow to zip through BT areas before they grabbed hold and dismounted me.

From time to time, you’ll also encounter ‘MULEs’ — scavengers that try to knock you unconscious and steal your cargo. In a way, these bogged down the experience even more than the BTs, as fighting them boiled down to mashing the punch button or incapacitating them with ropes.

Later in the game, you’ll thankfully be able to use resources to build roads that can serve as safe passage from your enemies. This helps mitigate some of the aforementioned travel and combat issues, but it still doesn’t help when deliveries require you to venture off into forests or mountainous areas. Moreover, the game’s fast travel system bafflingly doesn’t let you bring your gear with you, which defeats the entire purpose of having such a mechanic in the first place. 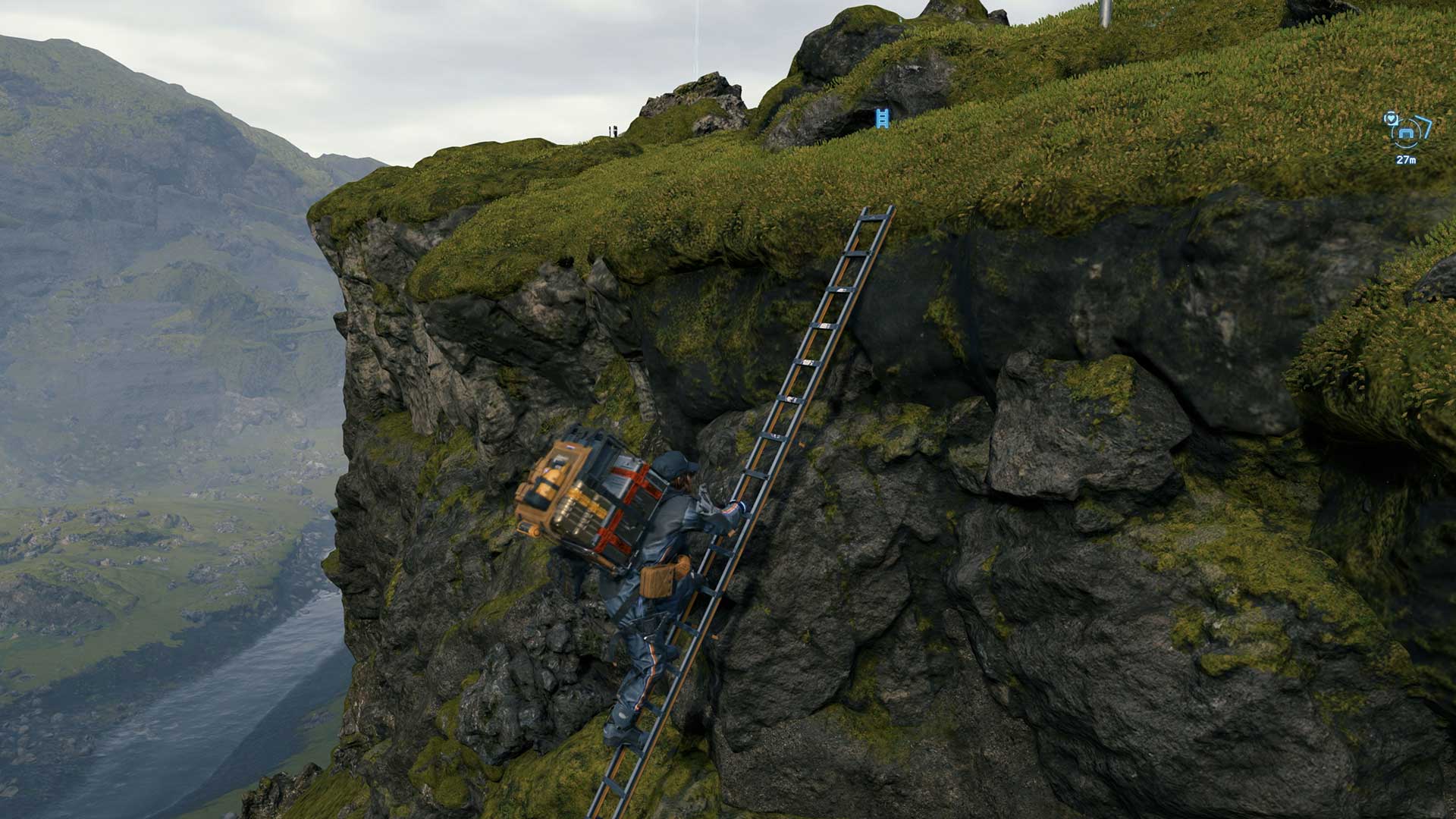 What can aid you in your travels, though, is other players. That’s because Death Stranding has a brilliant asynchronous multiplayer system wherein the actions of other players can have a positive impact on your game world.

In their travels, players can place ladders, ropes, small bridges and more — all of which you’ll be able to use in your game. Further, they’ll be able to leave icons on the map that alert you to points of interest, like a BT area, a dangerous river or even a stamina-replenishing hot spring.

Even better, players can pick up one another’s cargo that gets lost during their travels and either leave it at a nearby box office for a partial reward or complete the delivery for a full bounty. What’s more, you can pool your resources together to build roads and other useful structures. If the world itself feels lifeless, these outstanding collaborative elements at least helped resuscitate it.

Narrative is a huge part of Kojima games, so it should be quite telling why I haven’t even gotten to that yet. All told, even after 20 hours, I have little clue of what is actually going on in Death Stranding. More importantly, the game has given me little reason to care. 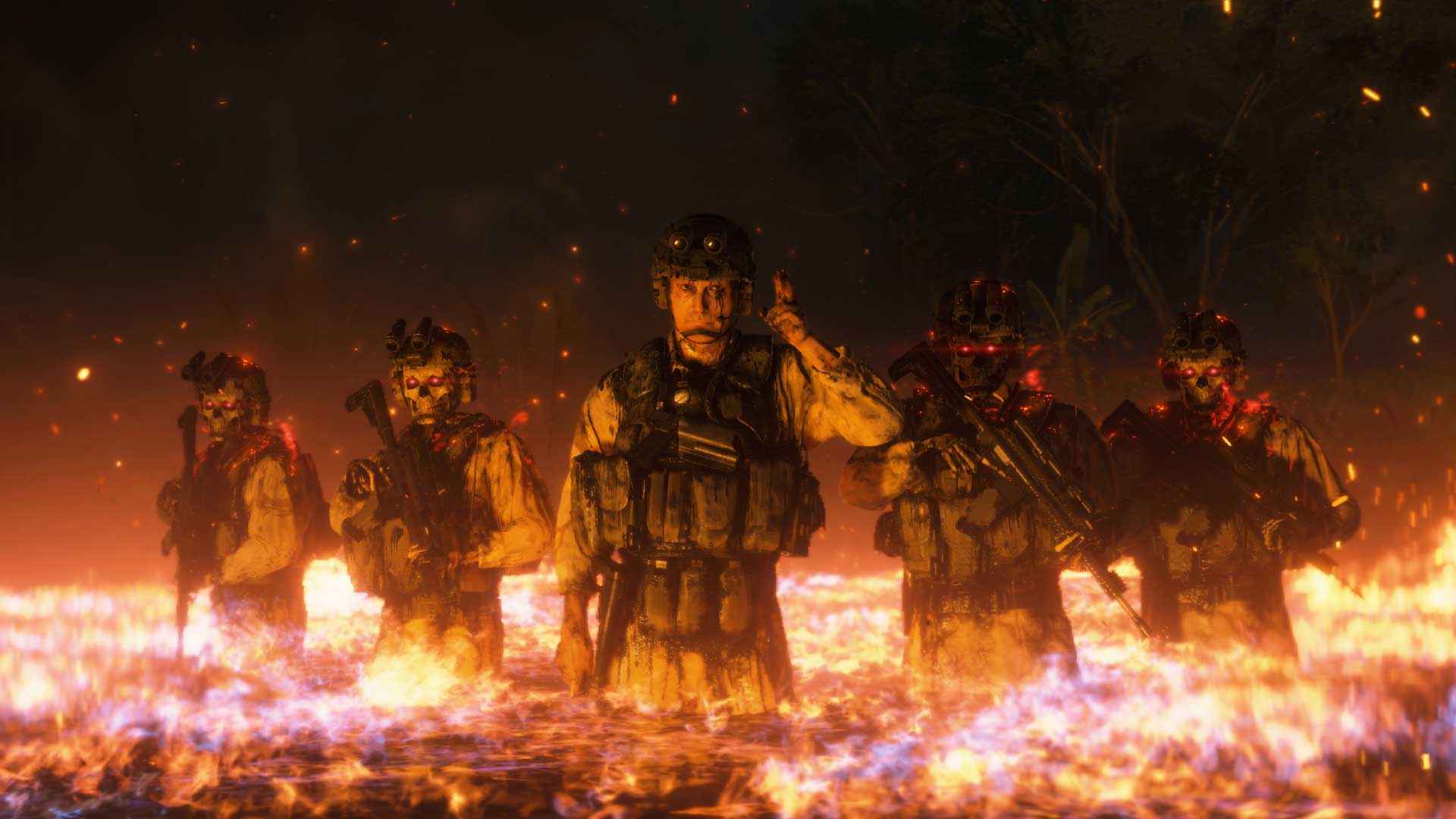 Because of Death Stranding‘s incredibly repetitive structure, story beats are doled out at such a slow place, which drained my initial intrigue over time.

Moreover, the game’s cast is simply not compelling. Norman Reedus as Sam is bland and uncharismatic, and the other characters don’t fare much better. By and large, each character serves to throw exposition at you, with little personality shining through. Even Cliff, played by acclaimed Hannibal star Mads Mikkelsen, didn’t make much of an impression during my time with the game.

What I will give the team a great deal of credit for, though, is producing such a large AAA game within about three years. Impressively, this is Kojima Productions’ first game since going independent. From a graphical standpoint, the game makes great use of Horizon: Zero Dawn developer Guerilla Games’ Decima Engine to deliver crisp, detailed visuals, especially on PlayStation 4 Pro. Further, the game is incredibly polished. In fact, I can’t recall running into any bugs or dips in resolution or frame rate.

Your order couldn’t be completed

If Kojima’s goal with Death Stranding was to make a post-apocalyptic Amazon Prime delivery man simulator, then he’s definitely succeeded. But as an engaging open-world game with a compelling story, Death Stranding falls rather flat.

I’m sure some people might argue that Kojima’s intent with this world and the moment-to-moment gameplay was to create a sense of isolation and haunting atmosphere. End of the day, though, Death Stranding is a game, so it shouldn’t feel like a slog to actually play. 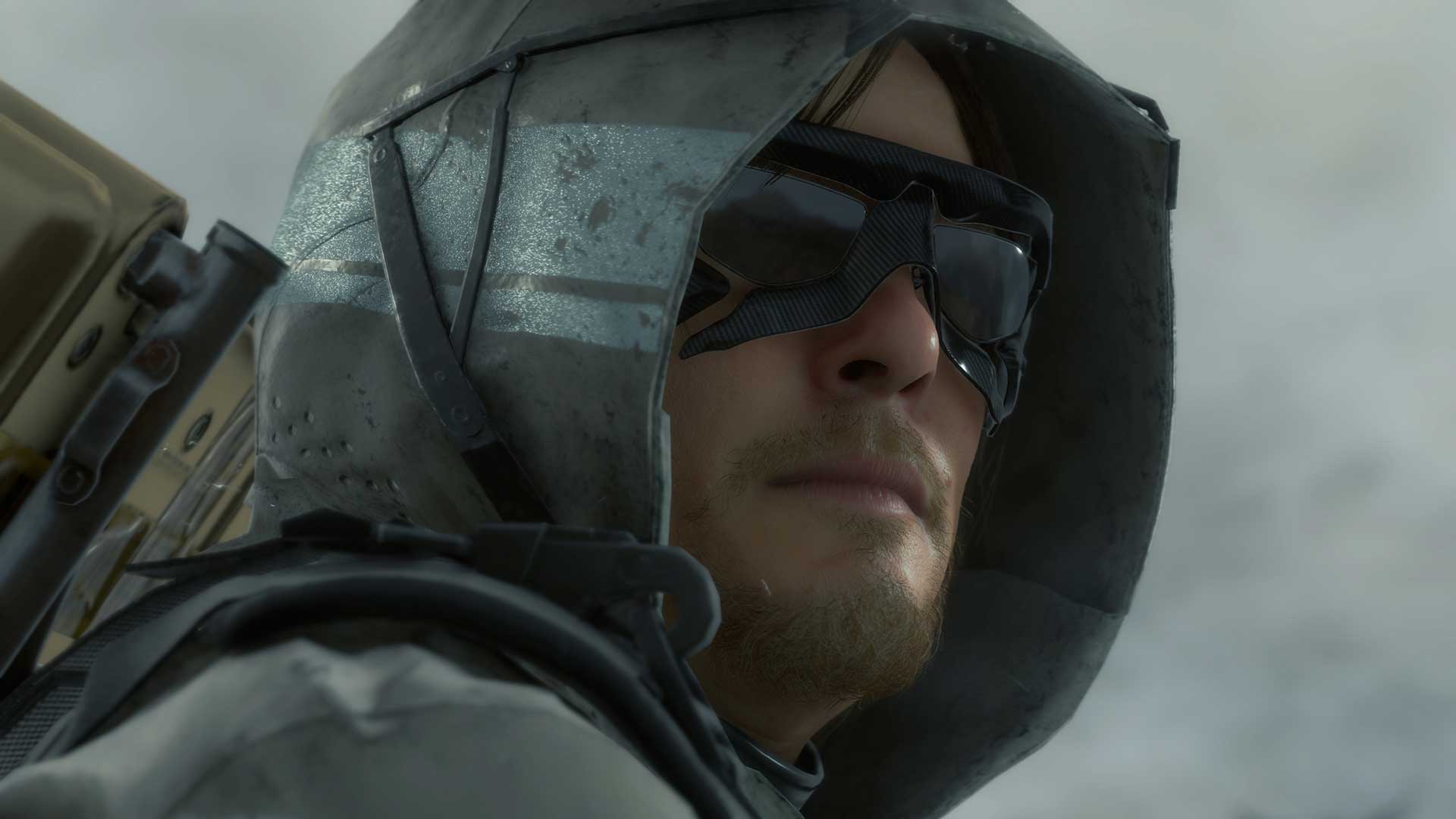 I’m firmly of the mind that you shouldn’t be required to sink more than 20 hours into a game to wait for something exciting or interesting to happen. It’s unreasonable to expect a title to finally stop feeling plodding after nearly two dozen hours.

To be fair, it’s possible that Death Stranding becomes a truly different game towards its conclusion. However, the experience to get to that point is just too monotonous for me to bear.

I hope that other people get something out of Death Stranding. As for me? I’m perfectly content to leave this world stranded.

Death Stranding will launch exclusively on PlayStation 4 on November 8th, and on PC sometime in summer 2020.