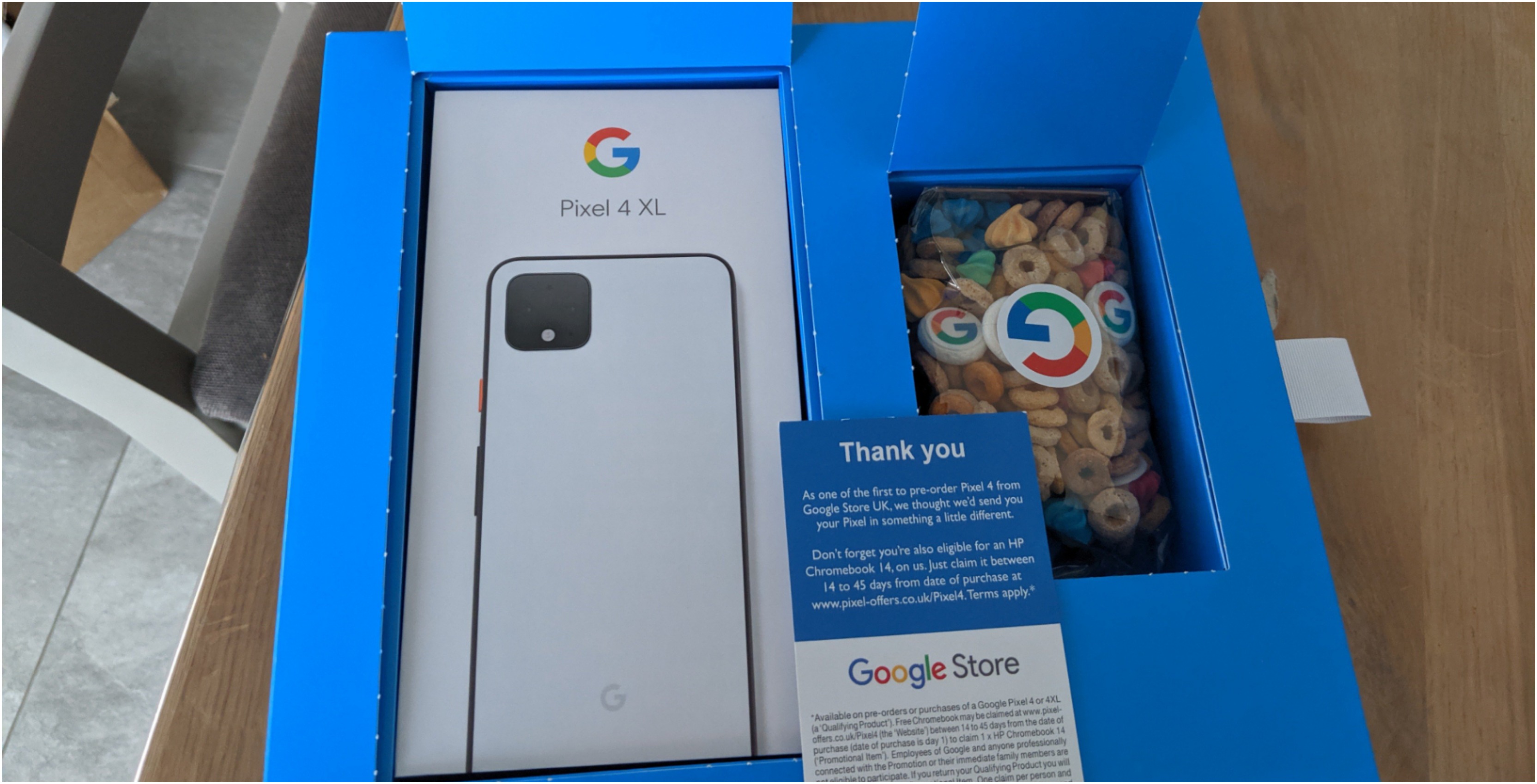 Google is getting crafty with its Pixel 4 deliveries in the U.K. as some customers are receiving the new phone inside of a custom cereal box.

Did not expect the Pixel 4 to come in a cereal box! pic.twitter.com/aVyhvfiq5U

The tech giant has said that 2,000 of these cereal boxes were delivered to customers. It seems that those who received the special delivery were among the first few to pre-order the phone straight from the Google Store in the United Kingdom.

The front of box highlights the different new features that come with the Pixel 4, such as ‘Motion Sense’ and the updated camera. There is also a thank you note from Google that lets users know that they could enter to win a free HP Chromebook 14.

This seems like a fun throwback to the days when cereal boxes came with a shiny new toy.