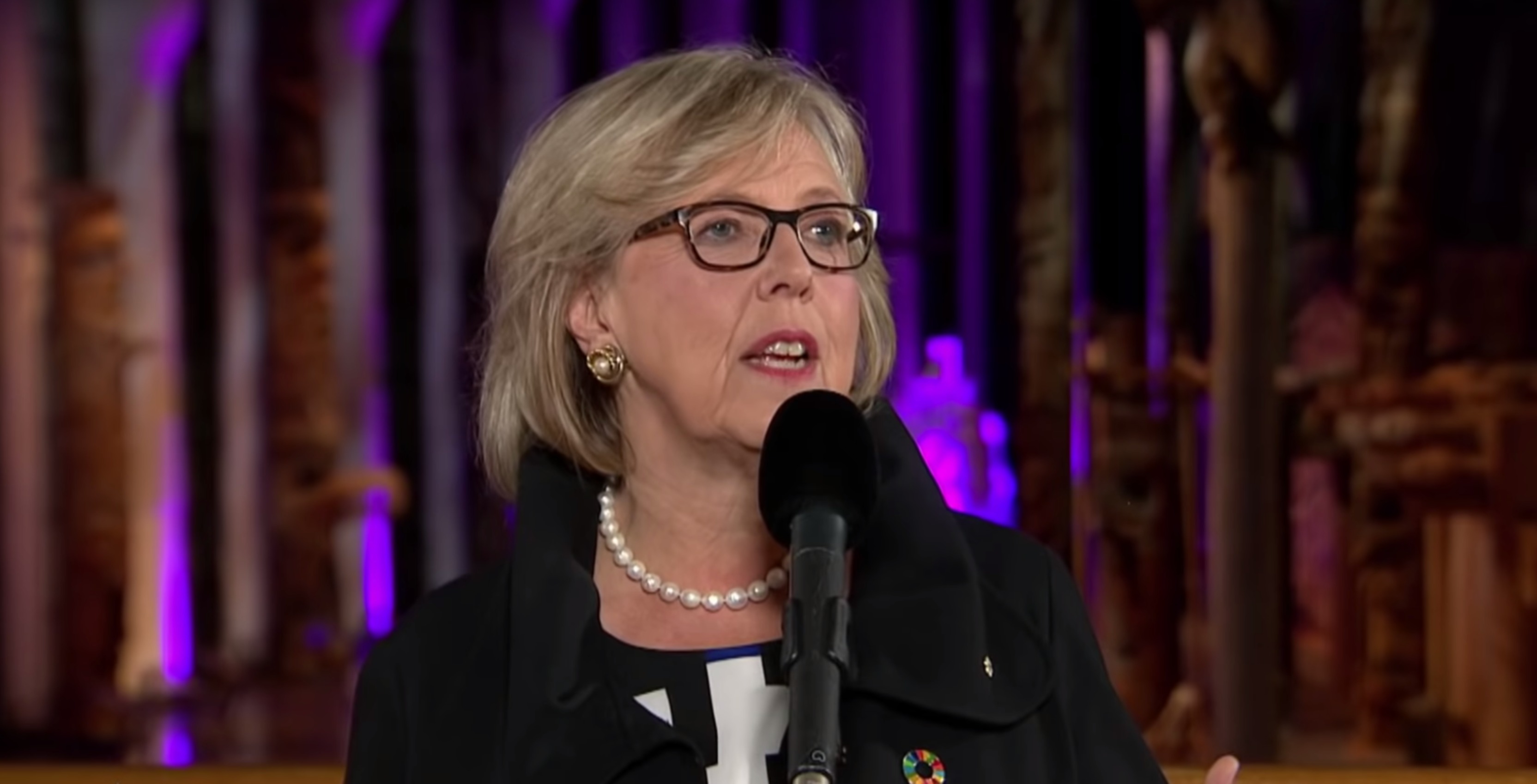 Green Party of Canada Leader Elizabeth May did not elaborate on what a tax on big tech giants would be, but said that her party is looking at different ways to recoup what has been lost from Amazon, Facebook and Google generating Canadian revenue and not paying taxes.

“We need to make sure we recoup. Amazon isn’t benign. They compete with all local businesses in Canada. The same thing with Facebook and Google, undermining our journalists across Canada,” May said during a media scrum after the final English-language debate.

The two-hour debate, hosted at the Canadian Museum of History in Gatineau, Quebec, set the stage for six federal leaders vying for the chance to be voted in as Canada’s next prime minister. Liberal leader Trudeau battled it out with Scheer, New Democrat Party Leader Jagmeet Singh, Green Party Leader Elizabeth May, Bloc Québécois Leader Yves-François Blanchet, and, added to the roster in the last minute, People’s Party of Canada Leader Maxime Bernier.

Telecom and tech-related topics were not discussed during the debate.

May was not clear whether or not that tax would be a sales tax, an e-commerce tax or a tax similar to what incumbent Prime Minister Justin Trudeau announced as part of the Liberal platform.

Trudeau’s plan would include a three percent tax on the revenue generated by tech companies operating in Canada for the sales of online advertising or any profits generated through Canadian user data. This would be a temporary measure and would be implemented towards companies that have at least $1 billion in global revenues per year and $40 million in Canadian revenue.

“We’re not looking at a sales tax, we’re looking at a structure that brings tax upstream and e-commerce companies like Airbnb, Netflix, Amazon are paying tax into the government of Canada system but not the sales tax system,” May said.

May did not elaborate on what this tax would look like though, but added that Canada needed to “close the loophole, which now makes it more advantageous for businesses to put ads with Facebook and Google instead of with publishers within Canada.”

“Because there is a loophole with that it becomes a sales tax, at other levels we would be applying it further upstream so we can collect, for instance almost a levy for their ability to do business,” May said.

Canada’s Parliamentary Budget Officer indicated uncertainty about Trudeau’s projection in what it will make from taxing tech giants adding that these companies could take action in order to try and avoid paying taxes.

Trudeau’s Liberals indicated that imposing this type of tax would generate at least $540 million next year alone.

The Conservative Party of Canda also indicated that international tech giants should be paying a “fair share” in taxes, but didn’t elaborate on what that would look like. Leader Andrew Scheer also has indicated that there should be “subscription fees” that internet giants, like Netflix, should be accounting for.

Netflix already pays a provincial tax in Saskatchewan and Quebec.

May’s party has laid out various other points with respect to tech giants as part of its platform.