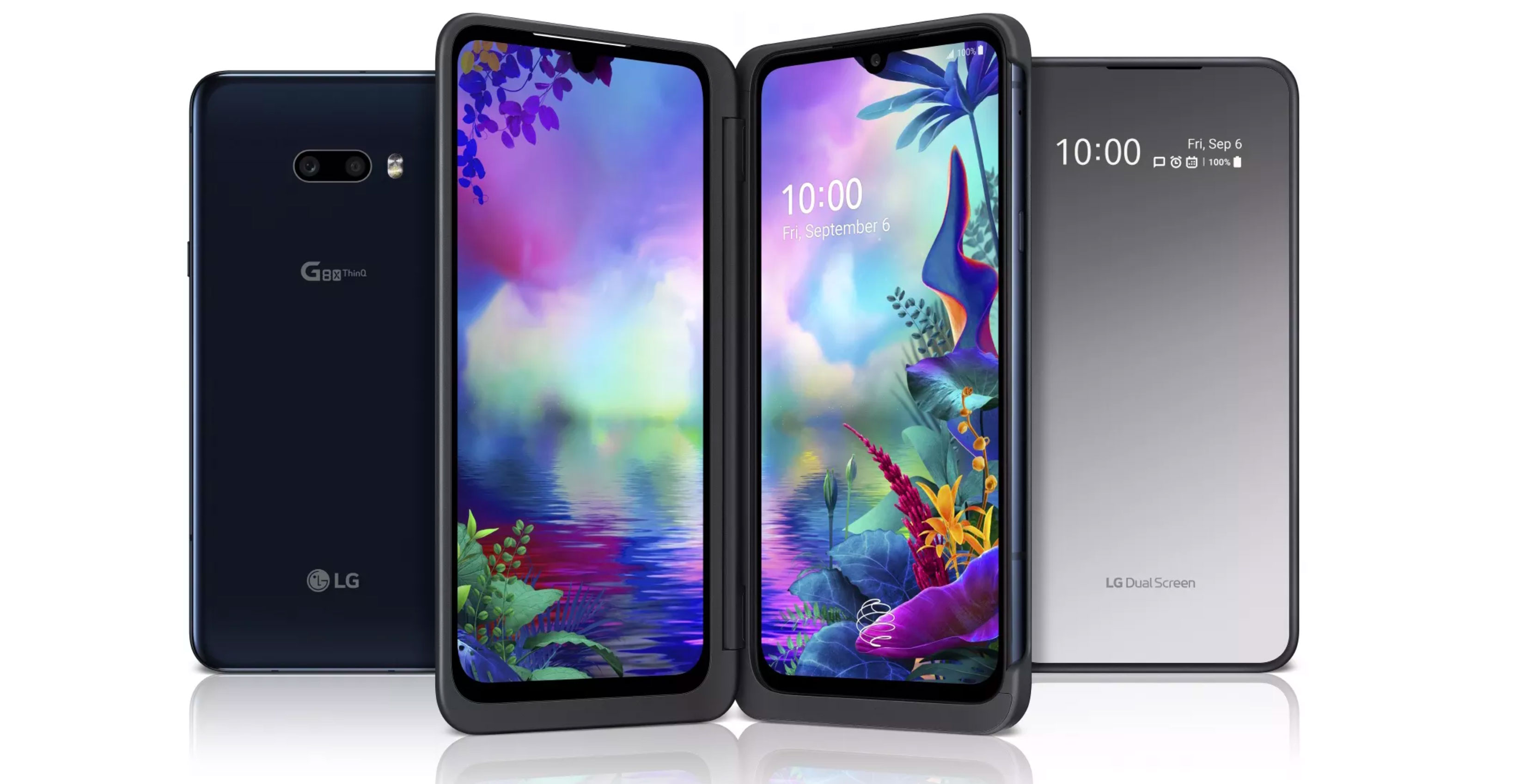 It’s currently unclear if this new smartphone will launch in Canada. LG hasn’t if the device will make its way here, though the company also didn’t outright say it won’t like it did with the LG V50 ThinQ.

The LG G8X ThinQ features a Snapdragon 855 processor, 6GB of RAM, 128GB of storage with an expandable microSD card slot. Additionally, it sports a 6.4-inch 19.5:9 FHD+ OLED display with a 2340 x 1080 pixel resolution. LG removed the wide notch in favour of a smaller waterdrop notch, ditching the sensors utilized for a facial and vein recognition.

The waterdrop notch features a 32-megapixel camera with an f/1.9 aperture. The rear sports a 12-megapixel sensor with an f/1.8 aperture and a 13-megapixel super wide camera that features a f/2.4 aperture. LG  also removed the rear-facing fingerprint scanner in favour of an in-display variant. Finally, the phone also features a 4,000mAh battery.

LG hasn’t made the jump to Android 10 yet as the G8X ThinQ only features 9 Pie.

What’s most interesting about the LG G8X ThinQ is its attachable LG Dual Screen. LG first unveiled the dual-screen with the LG V50 ThinQ, though the handset never made it Canada.

The secondary screen features a 6.4-inch, a 19.5:9 aspect ratio with a Full HD+ OLED that replicates the G8X ThinQ. The phone also includes a 2.1-inch cover display. The Dual Screen adopts a new 360 Freestop Hinge allowing it to stop at any angle.