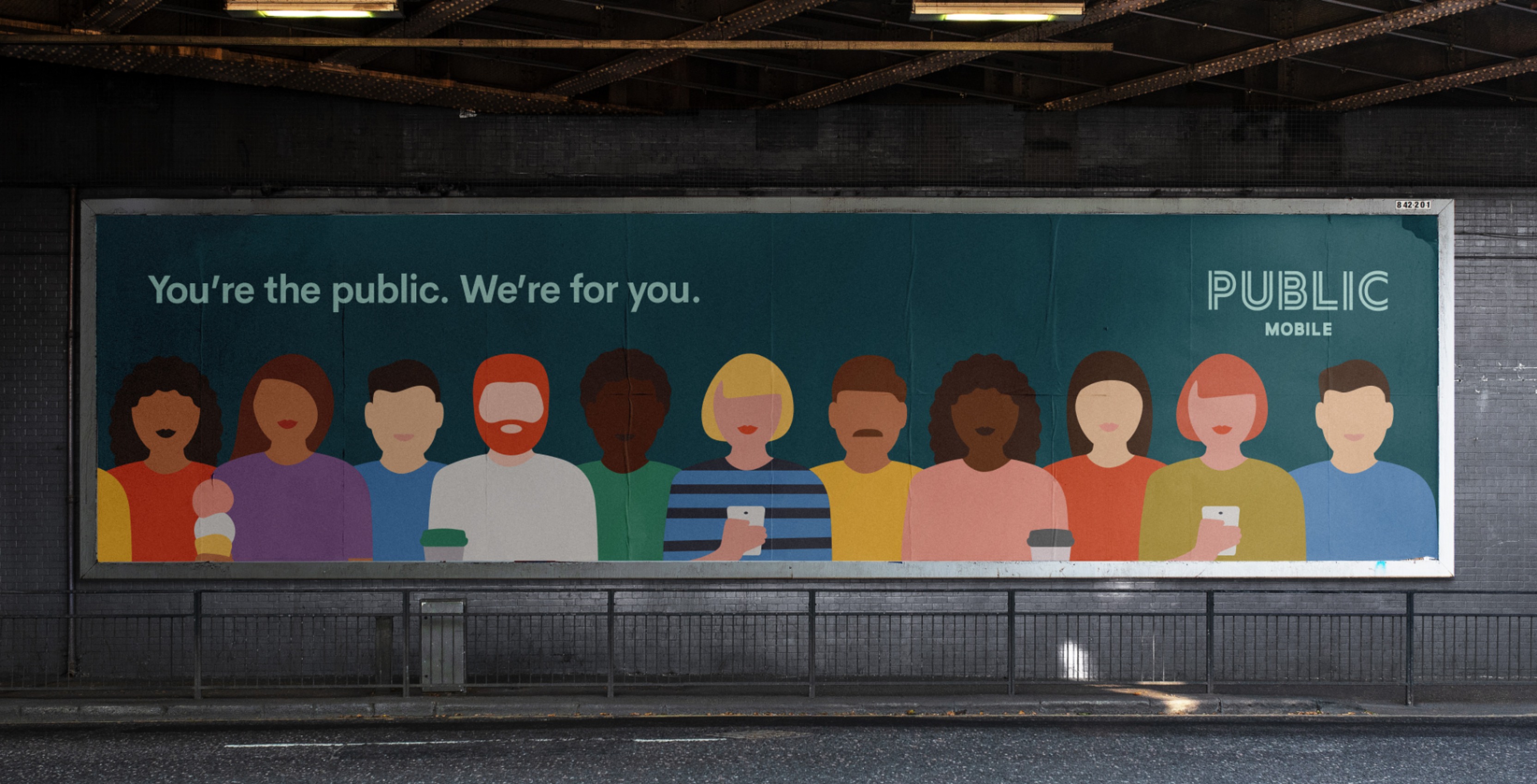 Taking on an edgier visual identity, Telus-owned Public Mobile wants to better represent its customers as diverse individuals through a new rebranding.

David MacLean, the company’s general manager, said in an interview with MobileSyrup that when looking at the new logo, Public Mobile utilized the same font but gave each a different style.

“[The font] brings together the power of the individuals…but together it is always public…we are public together,” said MacLean.

The revamped logo comes with a new tagline as well: “We’re here for you.”

These changes are occurring six months after Public Mobile expanded its physical presence and opened nine out of 15 kiosks across Canada. At the time, MacLean indicated that the company was open to the idea of changing to give customers more choice and flexibility.

MacLean said that the new identity will shape the company’s prepaid business and a continue the notion that Public Mobile wants to “do wireless different.”

“We are going to continue to improve on things. We aren’t perfect, but this is what I view as a real commitment of demonstrating and highlighting how this is about the customer,” he said.

MacLean made it clear that this new change is not a direct response to Bell’s Virgin Mobile, which some may perceive is edgy and different.

“I definitely will say no to that part,” he said. “We stepped back and asked ‘What have we been and what have we stood for?’ and we really stood around doing wireless different and getting and doing what is great for consumers.”

He said the company wanted to reflect that sentiment in the new logo.

Along with a new logo and slogan, Public Mobile is also launching a new campaign titled Public Displays of Affection. MacLean explained that the campaign will promote new services and offerings to give customers a better experience using Public Mobile.

This includes a new system that helps customers track, manage and resolve issues when submitting a ticket to the online moderator system, as well as a better way to refer friends to Public Mobile.

MacLean made it clear that no privacy breaches have taken place, but that customers wanted the referral code option to avoid giving their personal numbers to people they may not know.

“We have customers who say ‘I really love you guys and I would refer you, but I don’t want to give strangers my phone number,’” he said. “

Telus, Koodo and Public roll out support for RCS on Pixel 4, LG phones