Final Fantasy VII Remake is a joy to play, but many questions still remain

Overhauled visuals and combat breathe new life into a beloved classic, but the project's broader scope is confusing 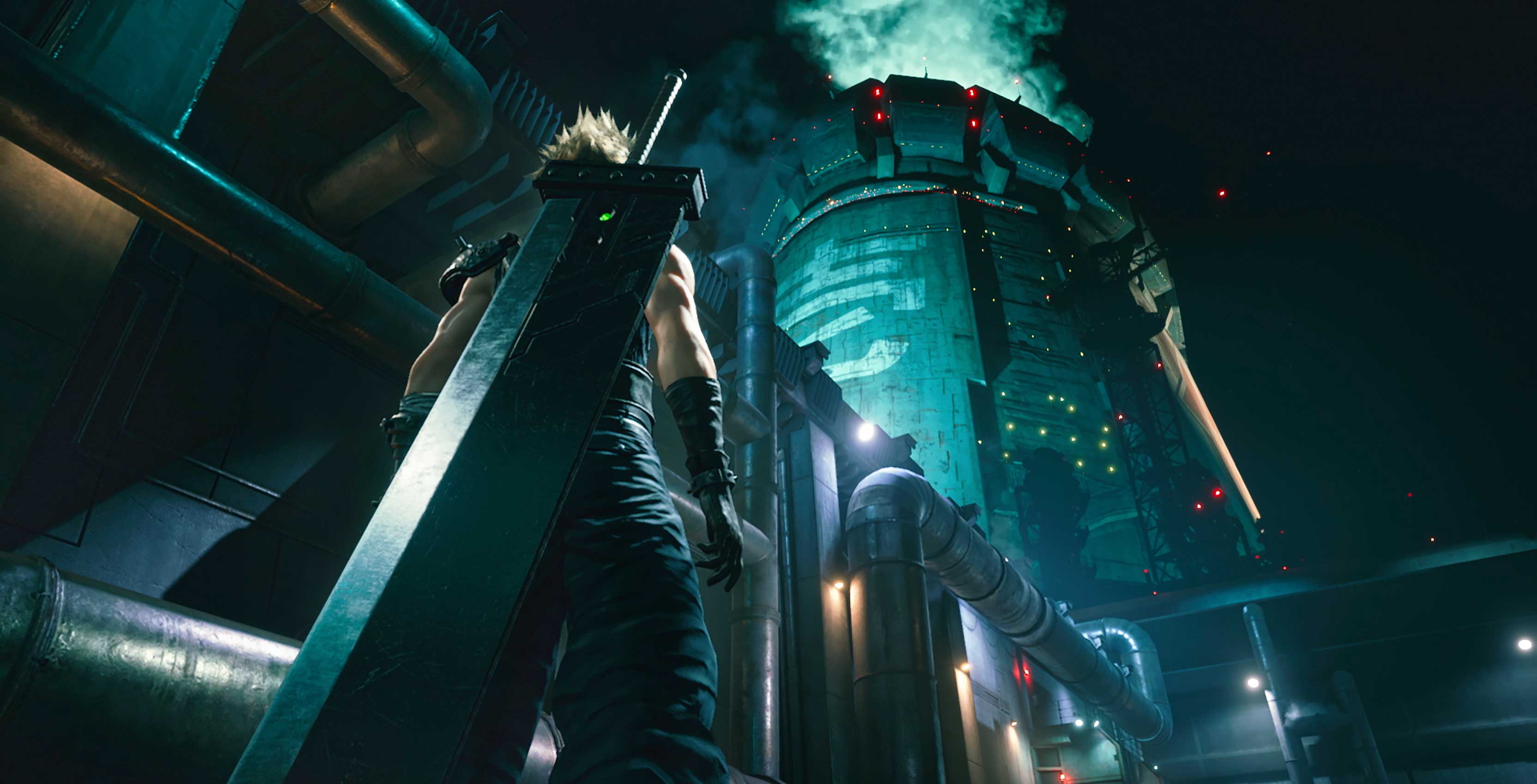 Final Fantasy VII is my favourite game of all time, so I was overjoyed when I found out the long-awaited Remake would first be playable at the Electronics Entertainment Expo (E3) in Los Angeles.

It’s been a long time coming, with the project announced in June 2015 and given its first gameplay demo that December, only to never be publicly shown off again until just last month.

After getting a chance to go hands-on with the game for 15 minutes at E3, I find myself equal parts unbearably excited to play the final product and apprehensive about how its episodic nature will play out.

For the uninitiated, FFVII tells the story of the enigmatic mercenary Cloud and a group of eco-terrorists as they fight against the Shinra megacorporation and former soldier Sephiroth to protect the planet.

In my demo, I was able to play through parts of the original FFVII‘s opening mission, where Cloud and Avalanche eco-terrorist group leader Barret team up to destroy a Shinra power plant that’s damaging the environment. Most of this was shown off during Square Enix’s June 10th press conference, but to go hands-on with it myself was nonetheless thrilling.

Right from the start, I was taken aback by how stunning the game is. Square Enix has taken full advantage of the power of the PlayStation 4 to produce some truly crisp and detailed visuals that feel right out of the computer-generated FFVII film sequel Advent Children. Meanwhile, Remake features some great remixes of Nobuo Uematsu’s absolutely sublime original soundtrack. 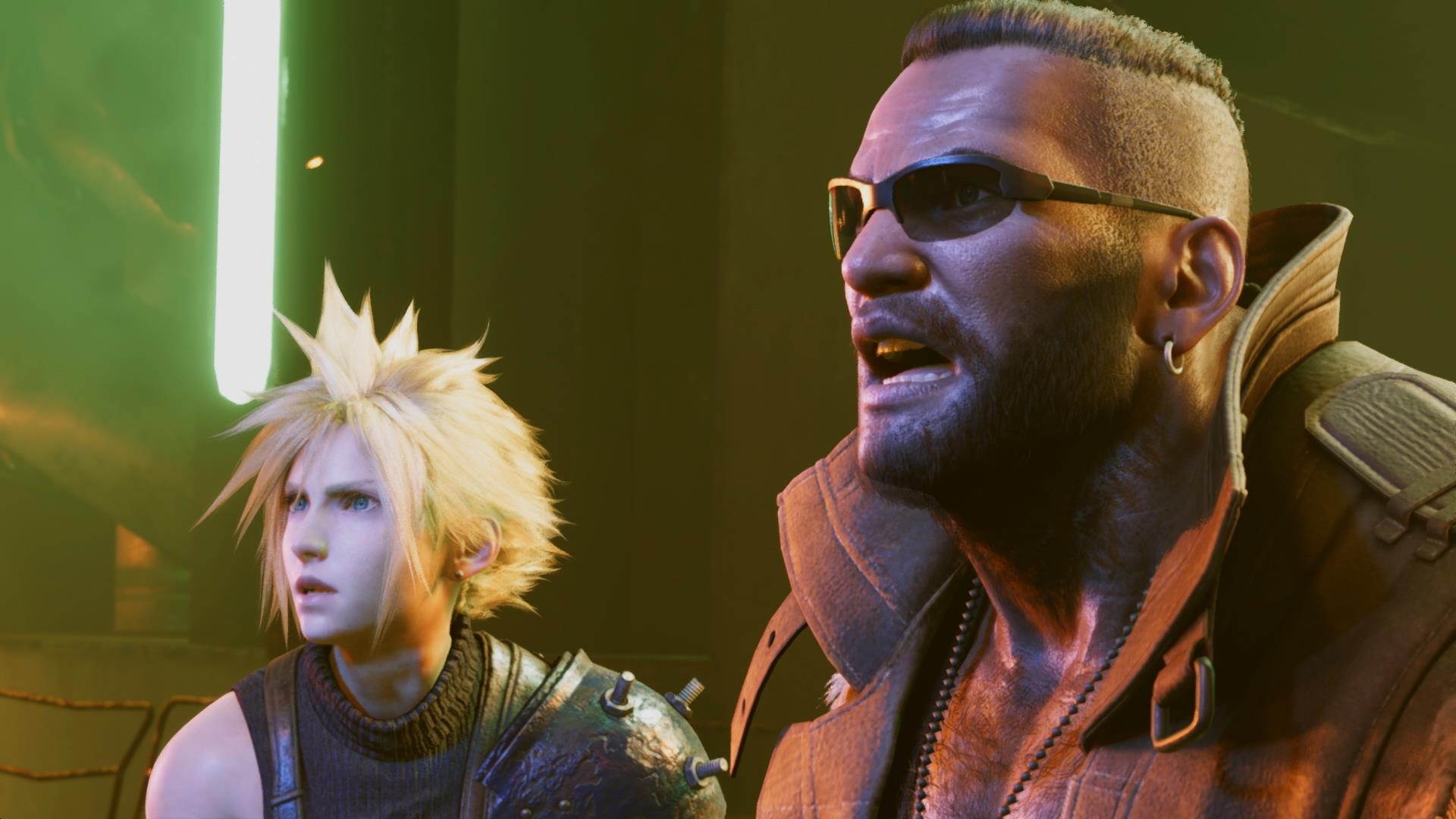 What’s even more impressive, though, is how the developers have paid tribute to the original game’s turn-based battle system within the context of a real-time action game.

Rather than wait for a bar to fill to carry out a command, you can mash the Square button to perform consecutive attacks at will. As Cloud, this means landing quick, hard-hitting blows with his massive Buster Sword. However, for enemies that are far away or out of reach, you’ll want to switch over to Barret, whose gun-equipped right hand can fire off a barrage of lightly-damaging bullets.

Even within a two-character party, this system gives both Cloud and Barrett more of a unique feel and usage case in combat. It’s exciting to think of how Square can make later-game party members like the Aerith or lance-wielding Cid feel distinct. In the original game, attacks were largely uniform across all characters, so it’s nice to see Square shake things up more in Remake. 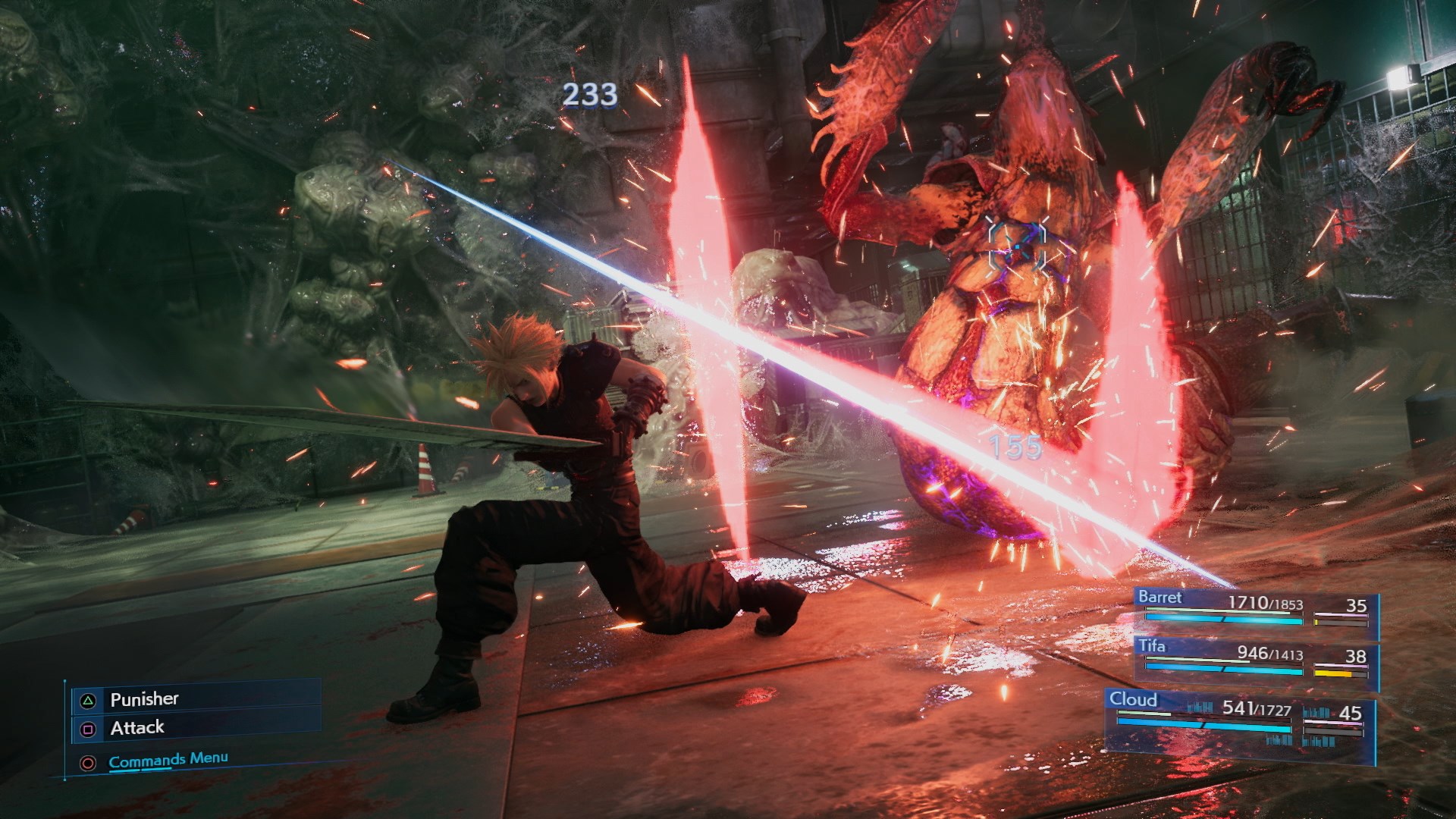 At the same time, Remake smartly harkens back to the original game through the addition of tactical mode and the Active Time Battle (ATB) gauge. At any time, you can press the X button to pause combat, giving you time to assess the battlefield, determine your next course of action and queue up each character’s next move. Meanwhile, the ATB charges slowly over time or more quickly as you perform regularly attacks. Once the bar is full, you’ll be able to use more powerful special attacks, magic or items, like Cloud’s hard-hitting Braver ability.

With these two mechanics, Square has found a clever way to incorporate the more strategic elements offered through turn-based combat, all while making the game more dynamic through real-time action. This is demonstrated well in the game’s first boss, the Scorpion Sentinel (a reimagined version of the original FFVII‘s Guard Scorpion).

What was originally an easy introductory boss encounter has been turned into a lengthy, exhilarating battle in Remake. Now, the Scorpion fight is broken into phases where it uses different attacks, leaps to different points in the area and even brings out a shield and auto-repair apparatus, forcing you to adapt on the fly and take full advantage of both Cloud and Barret’s respective arsenals. All the while, Cloud and Barret exchange snarky dialogue that wasn’t in the original game but helps better convey their personalities in Remake. 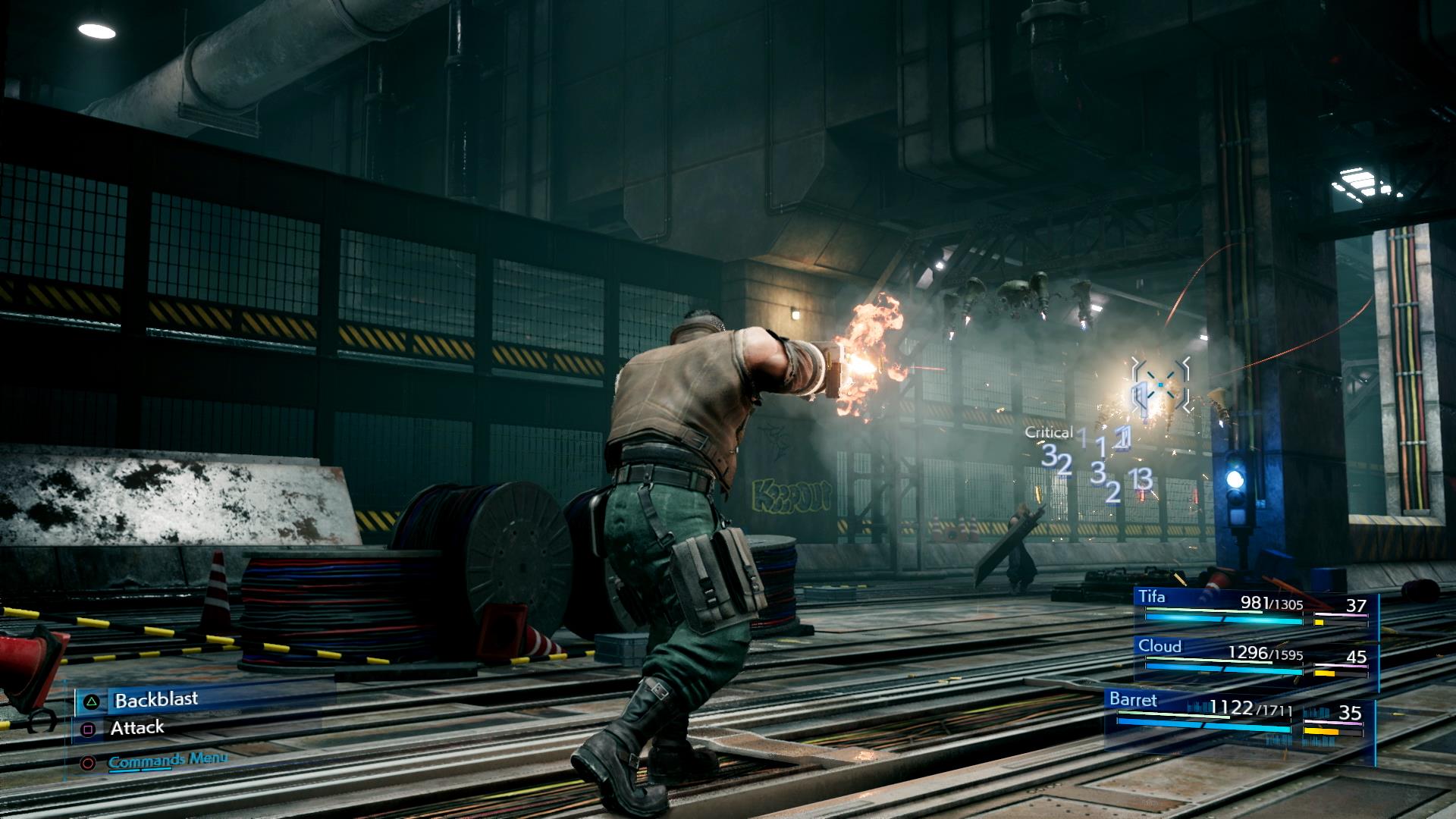 Will all of that said, writing a preview of this game — no matter how remarkable it’s shaping up to be — is particularly difficult because the full nature of the project remains such a mystery. Square has confirmed that each installment will be its own full-sized experience, but we don’t know exactly how this will unfold. Yoshinori Kitase, director of the original FFVII and producer on Remake, confirmed to journalists at E3 2019 that Square Enix doesn’t even know how many parts the game will eventually be split up into.

That isn’t very reassuring, especially when Square Enix has very clearly only been highlighting content from very early on in the original Final Fantasy VII. The fact that Midgar — FFVII‘s earliest area that originally only made up about five hours of the game — is being the basis for the entire first installment of Remake raises concerns about just how carved up the full FFVII experience will be and what the scope of each part will be.

Hopefully, this will all become quite clear when the first “episode” of Final Fantasy VII Remake launches on the PlayStation 4 on March 3rd, 2020.