Netflix is experimenting with a new random episode feature

Netflix is experimenting with a new feature that allows users to watch TV series episodes at random.

First spotted by Android Police, the new “Random Episode” button currently replaces the next episode shortcut for some users. Additionally, the company has implemented a shuffle rail (seen below) that highlights select episodes from Netflix’s most popular series. 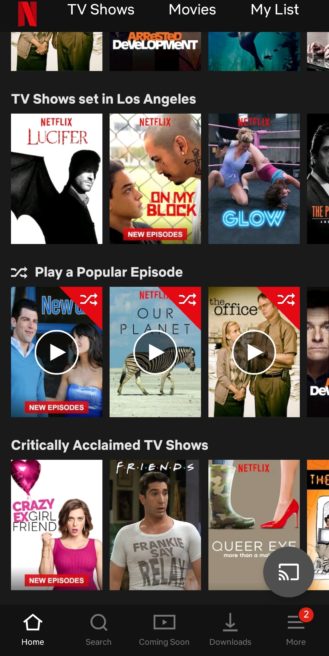 Presumably, Netflix designed these two features to reduce the friction of using its streaming platform, as well as increase discoverability — though it will be interesting to see if people take to them.

Like most tech companies, Netflix frequently carries out A/B tests and other experiments to gauge user reaction to features. Notably, in Canada, the firm has stopped offering free 30-day trials to “better understand how consumers value Netflix.”

What do you think of this feature? Let us know in the comments section.