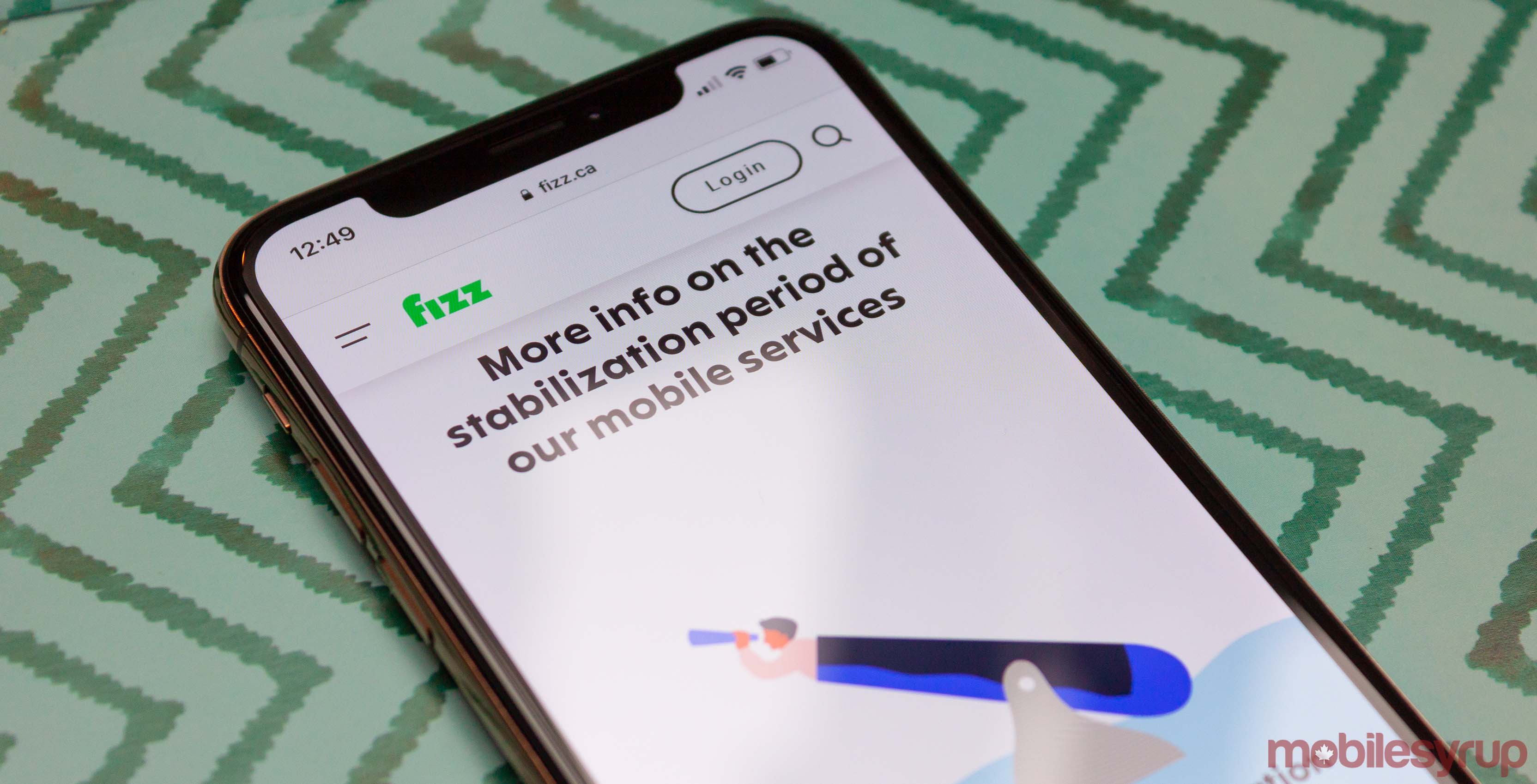 Fizz Mobile has created something called a ‘stabilization period’ to ensure the experience on its network is up to par.

This move comes after the discount wireless carrier, which is owned by Quebec-based Vidéotron, struggled with complete network outages on December 7th, March 24th, and once again on April 2nd.

Fizz stated on its website and in an email to subscribers that it’s “launching a bold and different mobile service, and choosing to do so using innovative technology, entails a certain level of risk and complexity. We addressed several issues since our launch, but we still need time to become the mobile provider you’ve been waiting for.”

Fizz declared to be a fully operational carrier on November 21st when it started offering subscribers low ‘introductory pricing.’  Even so, the company still seems to be very much in beta.

Fizz notes that during the stabilization period current and potentially new subscribers can “expect a few technical hiccups. Other outages are also a possibility.”

Not only have customers experienced downtime, but they’ve also had issues with not receiving text messages and problems with roaming while travelling.

Since the carrier knows there will be frustrations from its subscribers, or as Fizz put it “annoyances caused by the instability of the network,” it’s offering reduced pricing of 10 percent of your current plan “for a minimum of three months.”

This pricing is set to start after April 12th and will last “at least until the month of July 2019.

The stabilization period “will only end once the mobile network has been stabilized, and tested over the course of several weeks,” says Fizz Mobile.

Regular prices for all subscribers will come into effect once the network is fully operational.

However, this seems to have upset its current customer base as they were promised that the special ‘introduction price’ during the beta period would remain at the same price as long as they kept the initial plan in place. With the stabilization period starting, this may not be the case.

On Reddit, subscriber are stating, “And yeah, this is an absolute breach. I will message them myself for them to confirm we are losing intro prices, and then I’m complaining to CCTS. This isn’t a compensation, this is a price increase.”

So set your expectations accordingly as you know for the next months there will be an ample amount of work done on the network.

On a side note, Fizz says that its Home Internet is fully active and “you can therefore pursue your online activities with your mind at ease.”