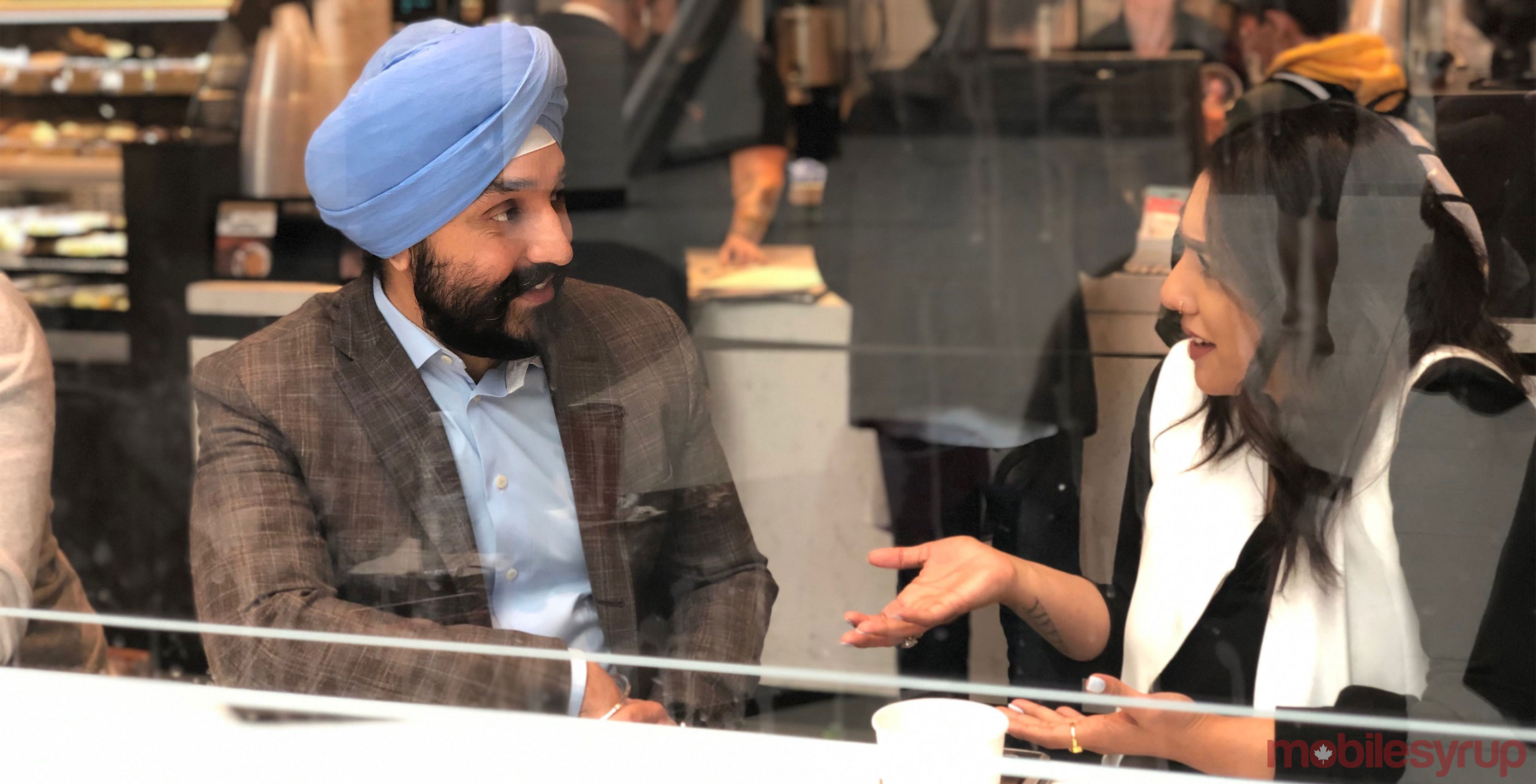 In fact, as he approached a coffee shop at the Eaton Centre in downtown Toronto, many people stopped to do a double take, and one person shook his hand and briefly chatted with him.

“When I walk in a room, there aren’t too many people wearing blue turbans in that room. I know automatically there are some eyeballs in my direction. How I conduct myself, and how do I use this opportunity that I have where people are looking at me to do a good job and also dispel a lot of stereotypes as I open doors,” Bains said.

LinkedIn named the longtime Member of Parliament (MP) and now minister an influencer on April 4th. Bains is the only other Canadian politician to ever become an influencer on the professional social media platform; the other politician is Prime Minister Justin Trudeau.

During a fireside chat with Jonathan Lister, vice-president of global sales solutions at LinkedIn Canada, Bains joked that he told Trudeau that he’s no longer the only influencer around the table.

According to LinkedIn, influencers “are selected by invitation only” and are part of a global collective of more than 500 of “the world’s foremost thinkers, leaders, and innovators.”

“As leaders in their industries and geographies, they discuss newsy and trending topics such as the future of higher education, the workplace culture at Amazon, the plunge in oil prices, and the missteps of policymakers,” the website reads.

Bains is now part of the list that includes Richard Branson, Bill Gates and Arianna Huffington.

“People want to see people of different backgrounds in leadership positions so they can aspire to and follow a similar path. For me personally, I’ve viewed my personal identity as a point of pride but also it has helped me open doors,” Bains said, adding he was incredibly honoured to have been given the title.

“I think this opportunity is just another example of how I can continue to do that, to break stereotypes and open doors.”

Using the platform to show people how to be a politician, how to grow skills

Bains’ journey on LinkedIn began in 2011 when he was defeated in that year’s election. He had previously represented the riding of Mississauga, Brampton South, Ontario from 2004 to 2011.

“One of the first things I did was to update my LinkedIn profile. I never had an official page until then,” he said. “I updated it to say that I no longer was an MP and I wanted to make sure people knew I was there to network and for job opportunities.”

When he was re-elected to represent Mississauga-Malton, Ontario, in 2015, he said he extensively used the platform to show off his interests, engaging with new constituents and new businesses.

“I share articles, and I also write. Not in-depth articles, but mostly small blogs or mini statements or reflections,” he said. “It’s a great platform for me to talk about politics and to talk about my personal work-life balance.”

Now that he’s an influencer, he wants to spend extra time writing posts on the skills needed to become an elected official.

“I want to share what my day looks like,” Bains said. That could mean sharing examples of the types of meetings he has, who those meetups are with and how he gets briefed on them.

“What are the kind of skills I use? How do I learn how to be briefed? How do I give clear interaction to my team, how do I set clear priorities? How do I communicate complex issues that are technical in a manner that the broader Canadian public can understand?” He asked.

“[These skills] aren’t something you instantly can do,” he said.

Government and LinkedIn should work together

Bains noted that every budget that Trudeau’s Liberal government has announced has had some type of focus on skills development and support for young Canadians to get training.

But he said it’s not enough that the government helps Canadians through funding. The government can give aid to those who need to build skills, but then it’s the responsibility for that person to go and get those skills, said Bains.

He said that to help Canadians find where they can get skills to help their career, they could use platforms like LinkedIn that offer online training courses. The platform is also great to help find co-op jobs, said Bains.

“I think LinkedIn and many other platforms are a great opportunity to not only position themselves for today and tomorrow but also to focus on the skills they need to have going forward,” he said.