Microsoft has launched a new platform that aims to support game makers across all devices they develop on.

The platform, called Microsoft Game Stack, will “empower every game developer” by offering a “complete ecosystem of tools, platforms and services for every stage of development,” including after a game has launched, Kareem Choudhry, corporate vice president of gaming cloud at Microsoft, said during a briefing.

Specifically, Game Stack will bring together several of the Redmond, Washington-based tech giant’s services, including Azure cloud computing and the Xbox Live gaming infrastructure. Altogether, Game Stack is designed to be “cloud, network and device-agnostic,” according to Choudhry. 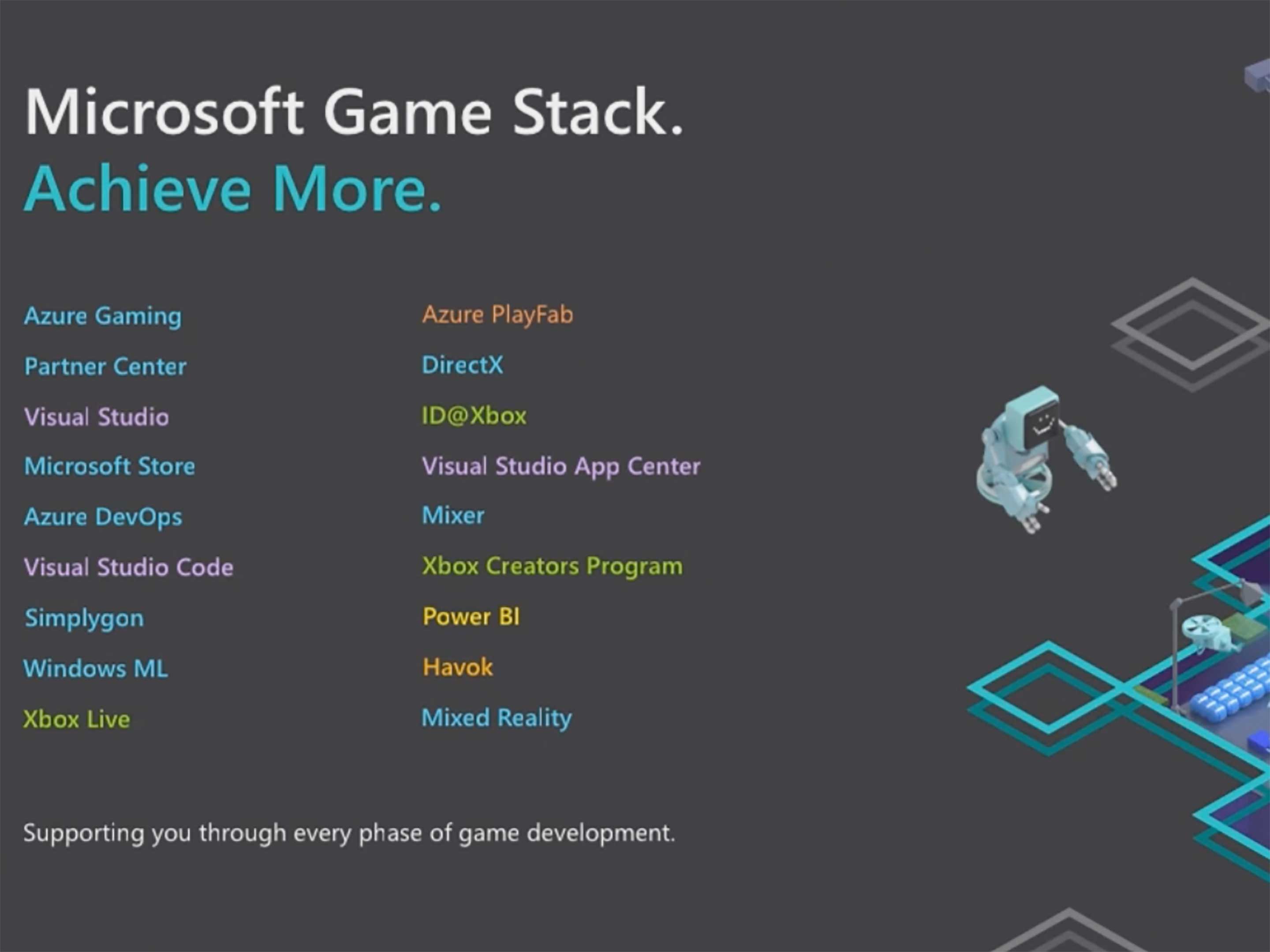 Further, Game Stack will leverage Microsoft’s PlayFab platform of services for developers building cloud-connected games. Microsoft is combining all of its existing services into the one unified Game Stack platform to better focus on three core pillars: content, community and cloud.

Cloud, in particular, is a key part of Game Stack, according to Julia White, corporate vice president of Azure.

“The cloud is changing every industry and gaming is no exception. We’re evolving how games are played, how they’re created, how they’re operated and even how they’re viewed,” said White. “Microsoft is investing to make Azure the cloud of choice for game developers across the globe.”

Outside of Azure and PlayFab-specific services, Game Stack will also include Microsoft’s previously-revealed software development kit (SDK) that lets developers integrate Xbox Live into their games on Android and iOS.

It’s worth noting that Microsoft had previously listed the Nintendo Switch as one of the supported platforms on the Game Developers Conference website, but has since amended the page’s text to remove specific mention of Switch.

Overall, Microsoft has taken a modular approach with Game Stack to let developers choose which of the platform’s services they want to use in their games. For example, developers can leverage a few of the PlayFab cloud services at their leisure. On the other hand, developers only looking to bring Xbox Live to their mobile games can do so without being required to use any other Game Stack features.

“We think we have a really compelling offering in terms of what Xbox Live adds to the community,” said Choudhry. “We’re taking a very game developer-friendly approach and they can incorporate as much or as little of Xbox Live in a lightweight manner.”

Choudhry added that Microsoft will continue to support and build upon Game Stack, noting that it has other cloud-powered initiatives on the horizon, including its game streaming service Project xCloud.

“This is really just the beginning.”