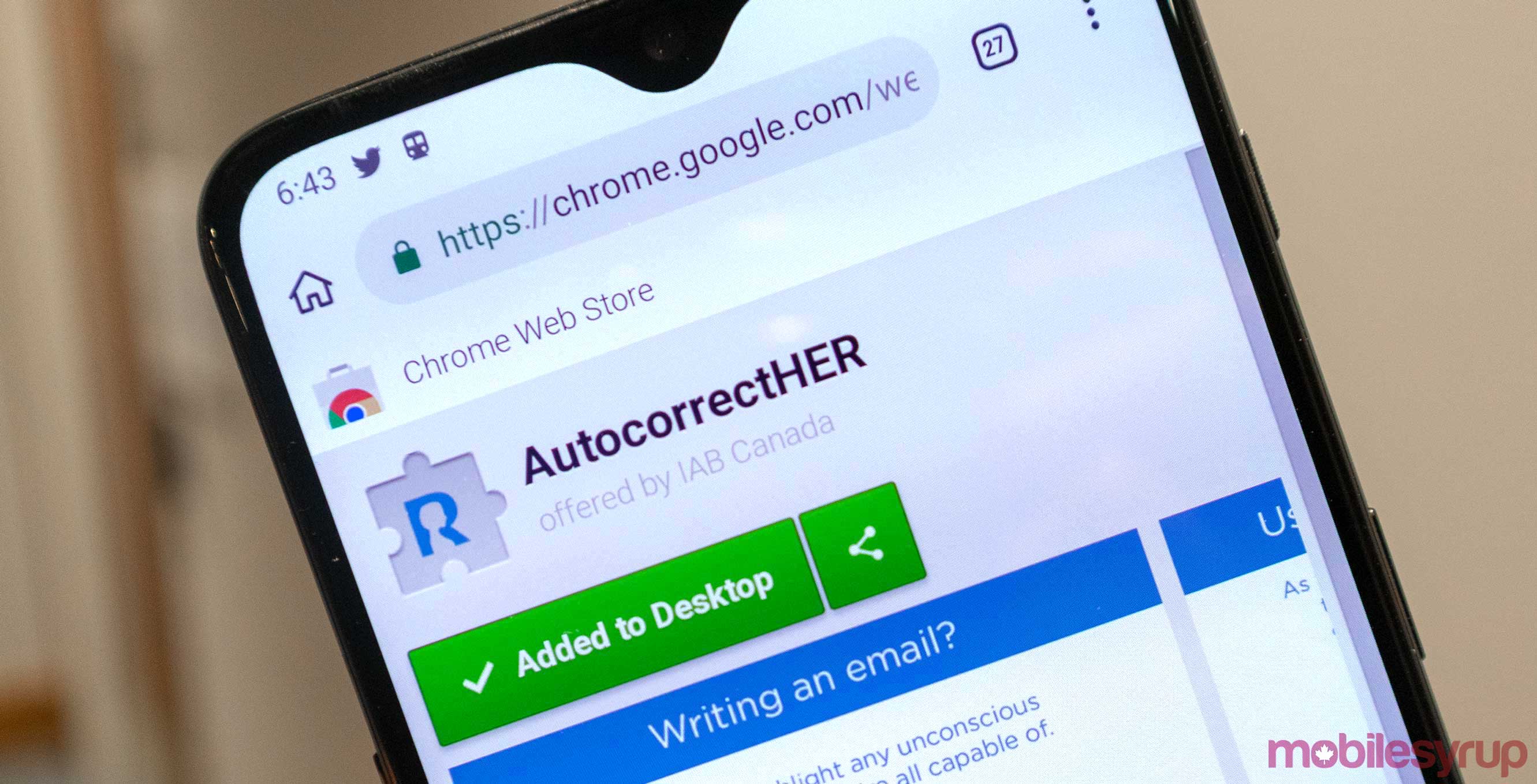 The Interactive Advertising Agency of Canada has created a Google Chrome Extension called ‘AutocorrectHER’ that fixes the gender-biased language.

The extension only works with three email platforms in Chrome: Gmail, Outlook and Outlook for Office 365.

When the user types something that is gender-biased like ‘bossy,’ ‘moody’ and ‘girl,’ it adds a squiggly blue line under the word and suggests a replacement word like, ‘assertive,’ ‘unpredictable’ and ‘woman.’

If you write something that’s purposefully derogatory the extension says, “whoa, that’s not appropriate.”

The Agency hopes to expand support to more websites and services in the future if the initial extension catches on.

The extension doesn’t work on mobile, and it might function incorrectly if you’re using an ad blocker.