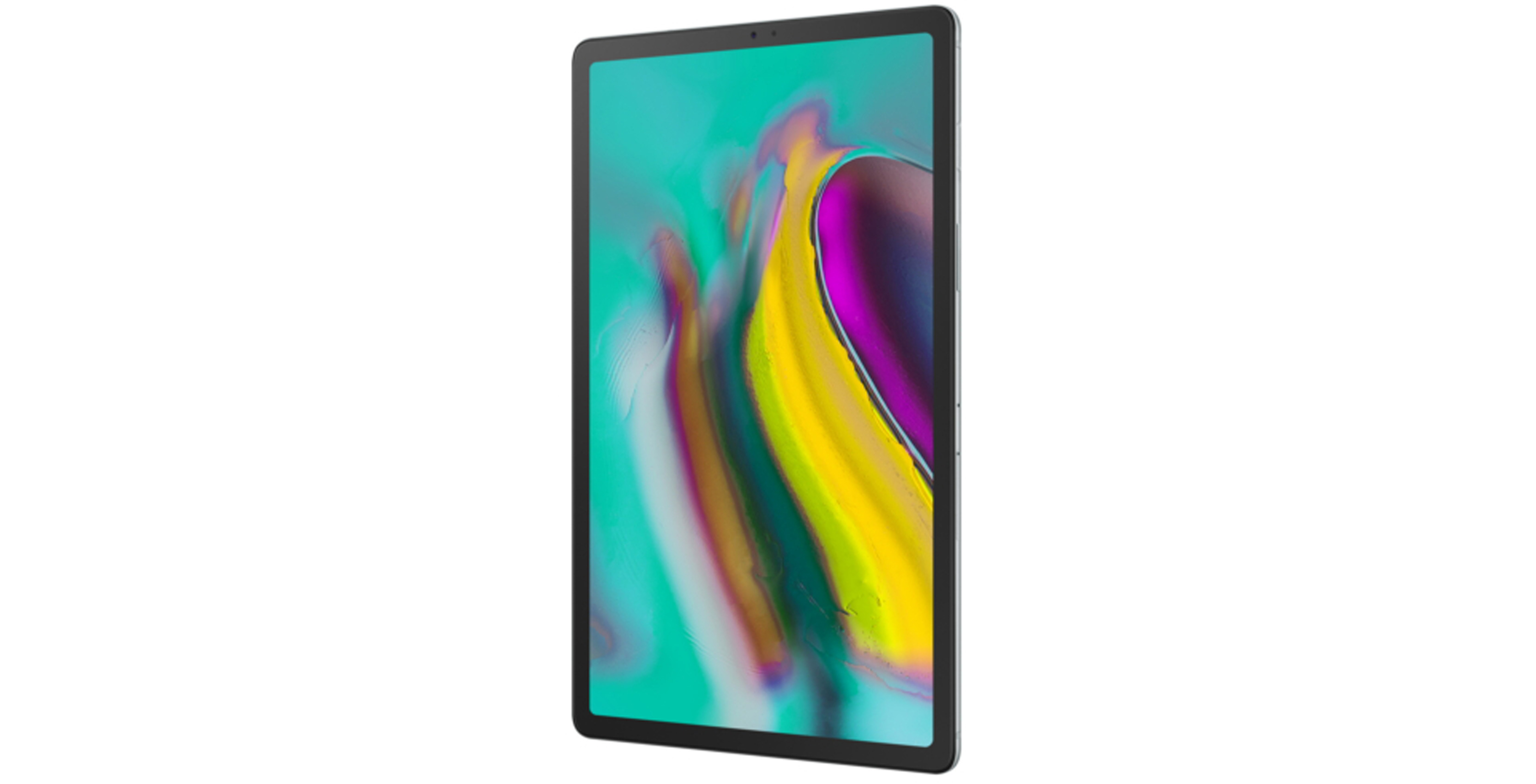 Samsung has a new mobile device, and no it’s not the Galaxy S10.

In a surprise announcement, the company unveiled the Galaxy Tab S5e, its newest Android tablet.

The Tab S5e is the first Samsung tablet to feature the company’s new Bixby 2.0 digital assistant. It will also ship with a new software feature called call and message continuity. The feature allows Tab S5e users to answer calls and messages sent to their phone from the tablet, even if the two devices are on separate Wi-Fi networks.

Like the Tab S4 before it, the Tab S5e supports Samsung DeX multi-tasking software and includes a set of pogo pins to allow it to pair with a separate keyboard. However, compatibility with the company’s S Pen stylus is missing. Moreover, a first-party keyboard isn’t included inside the box.

At 5.5mm thick and 400g, the Tab S5e is Samsung’s thinnest and lightest tablet device to date.

Internally, the Tab S5e features a 10.5-inch Super AMOLED display with 2,560 x 1,600 pixel resolution and 16:10 aspect ratio. It also includes a Snapdragon 670 chipset paired with either 4GB or 6GB of RAM. Samsung claims the Tab S5e’s 7,040mAh battery can power the tablet for 14.5 hours continuously on a single charge.

While the Tab S5e could double as a productivity device, with its mid-range chipsets, it’s clear Samsung sees the Tab S5e as a media consumption device first. It will be interesting to see if the Tab S5e finds an audience; not even Google is committed to Android tablets anymore.

The Tab S5e will start shipping to U.S. consumers in the second quarter of 2019.

No word yet on Canadian pricing and availability. However, we’ve reached out to Samsung Canada for further details. We’ll update this article with the company’s response.