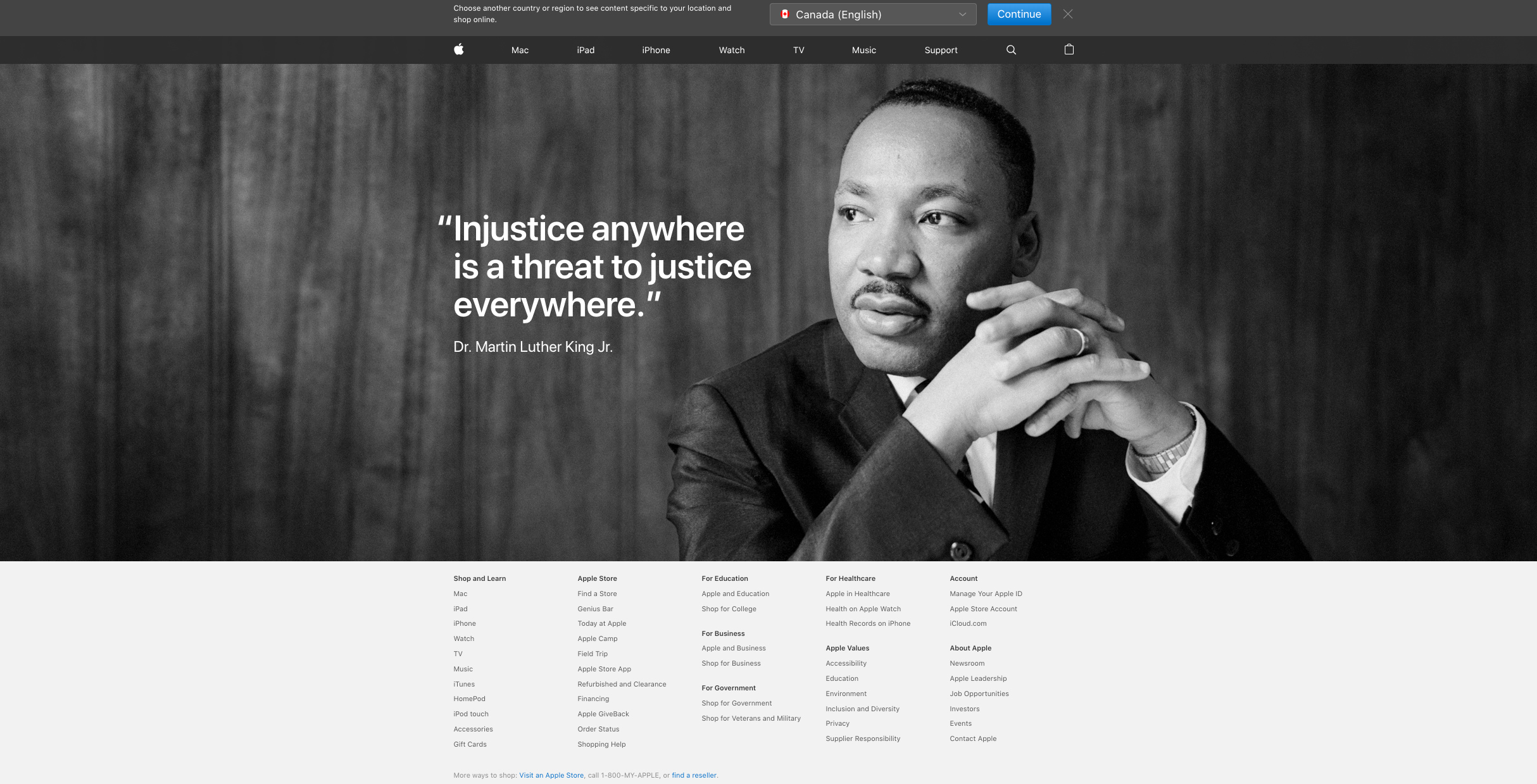 Apple is commemorating Martin Luther King Jr. Day with a cover photo and an iconic quote on the home page of its U.S. website.

The quote is “Injustice anywhere is a threat to justice everywhere,” which Martin Luther King Jr. wrote when he was jailed in Birmingham, Alabama.

Apple CEO Tim Cook also commemorated MLK Day, saying that we should “remember our own duty to do good.”

On #MLKDay, let us remember our own duty to do good. As King said: “In this unfolding conundrum of life and history, there is such a thing as being too late. This is no time for apathy or complacency. This is a time for vigorous and positive action.” pic.twitter.com/G2SSY5UfEV

Cook also took the time to help out the San Jose community with Dorsa Elementary students and Apple volunteers.

Thanks to Dorsa Elementary students and all who joined Apple volunteers in San Jose today! Sixty years ago, Dr. King called on all of us to make a career of humanity. “You will make a greater person of yourself, a greater nation of your country, and a finer world to live in.” pic.twitter.com/UOssKy4Tl6

Apple has suggested four apps to encourage other people to engage with their community as a way to honour Martin Luther King Jr.

GoFundMe and Golden Volunteer Opportunities are two obvious choices, because these are used to help others, whether it’s physically or financially. Airbnb and Eventbrite are the other two apps, since the former has a social impact section and the latter involved with charities and causes.

MLK: In His Own Words is also promoted on the American App Store.

Martin Luther King Jr. Day is an American federal holiday that commemorates MLK’s birth. King is known for his non-violent approach to protesting racial discrimination through his ‘I have a dream’ speech, one of the most iconic statements in American history.