I came to CES 2019 in hopes of catching a glimpse of both Samsung’s and LG’s upcoming foldable smartphones.

Unfortunately for me, it looks like those two particular devices will be revealed at Mobile World Congress (MWC) this coming February in Barcelona, Spain. Instead, Royale, a China-based company I have admittedly never heard of, now holds the honour of releasing the first commercially available foldable smartphone, the FlexPai.

After spending only a brief amount of time with the handset, it’s immediately apparent Royole rushed the FlexPai’s release to claim the coveted prize of being the manufacturer to drop the first foldable smartphone.

The company even prominently highlights the fact the FlexPai is indeed “the world’s first” commercially available foldable smartphone in the device’s spec sheet. 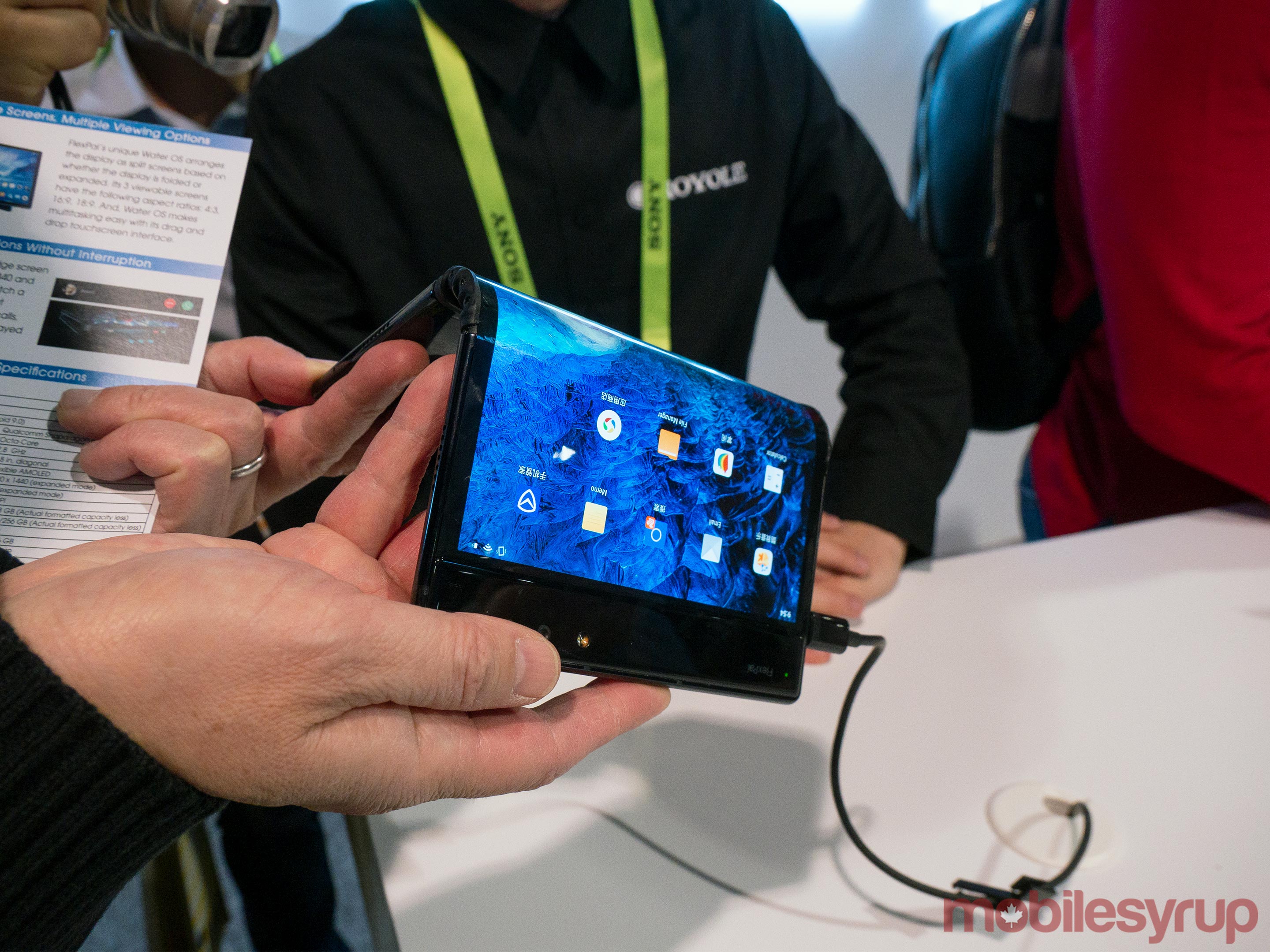 With this in mind, if you were hoping the FlexPai would be the sleeper hit smartphone of the year, you’re about to be disappointed.

The FlexPai’s foldable display measures in at 7.8-inches diagonally with a 1920 x 1440 pixel resolution that is cut in half when the device folded into what Royole is calling phone mode. Then, when the device is closed, it becomes two smartphones. Yes, you read that correctly.

A Royole representative on the show floor at CES told me that the foldable device features two SIM card slots, with the smartphone being able to auto-detect the folded screen you’re currently using while the other display remains off. 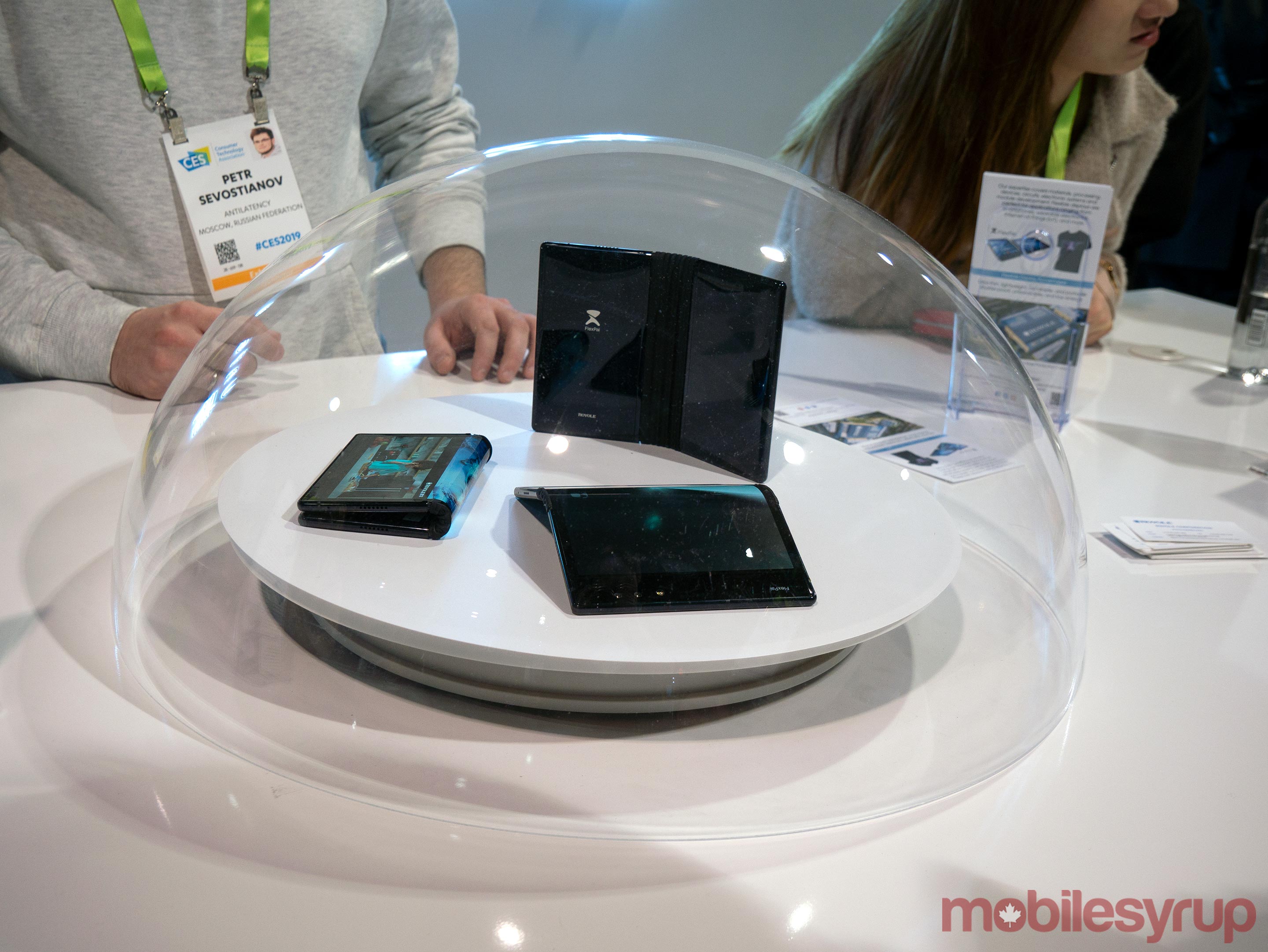 If this sounds confusing, you’re correct. The entire system is even more baffling in person. When shifted to tablet mode, the content from the phone you’ve set as your main device expands across the larger display.

Regarding screens, the FlexPai’s display looks surprisingly sharp thanks to its 308ppi pixel density and 1920 x 1440 resolution. That said, the colouring is strange in specific areas. For instance, around the FlexPai’s display hinge the device’s blue background seemed to feature a darker tone.

The actual folding mechanism worked quite well and required more force than I expected, leading me to believe it probably can’t be broken easily. The rep on hand repeatedly reminded me that the device does not fold inwards, perhaps indicating this is a design flaw the company frequently encountered on the CES show floor while showing the phone off. 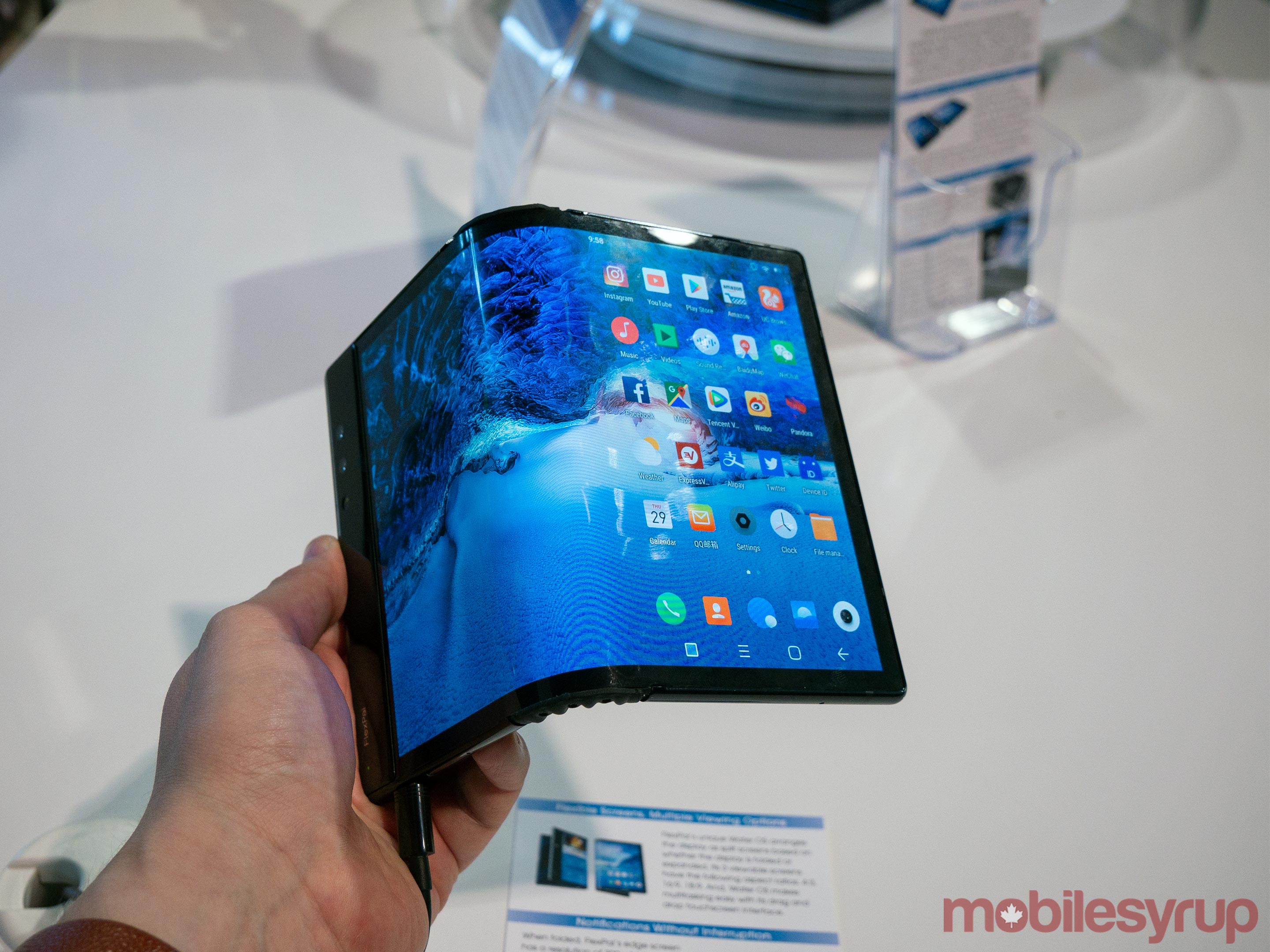 It’s really the software experience where the FlexPai falls apart. Apps frequently change orientation when opening and closing the phone and in some cases, apps even end up overlapping each other in strange ways. Royole’s Android skin, which the company calls ‘Water OS,’ just doesn’t seem to be equipped to handle the FlexPai’s dual-screen form factor consistently or reliably.

The FlexPai’s other specs include a ‘Qualcomm Snapdragon 8 Series’ processor — it’s unclear what specific version — 6GB or 8GB of RAM and an f/1.8 16-megapixel/20-megapixel dual camera.

Though folding the FlexPai was undeniably cool, I still question the utility of foldable devices in general. I’ve yet to see a viable reason for why they need to exist beyond manufacturers desperately seeking new ways to get consumers excited about smartphones again. 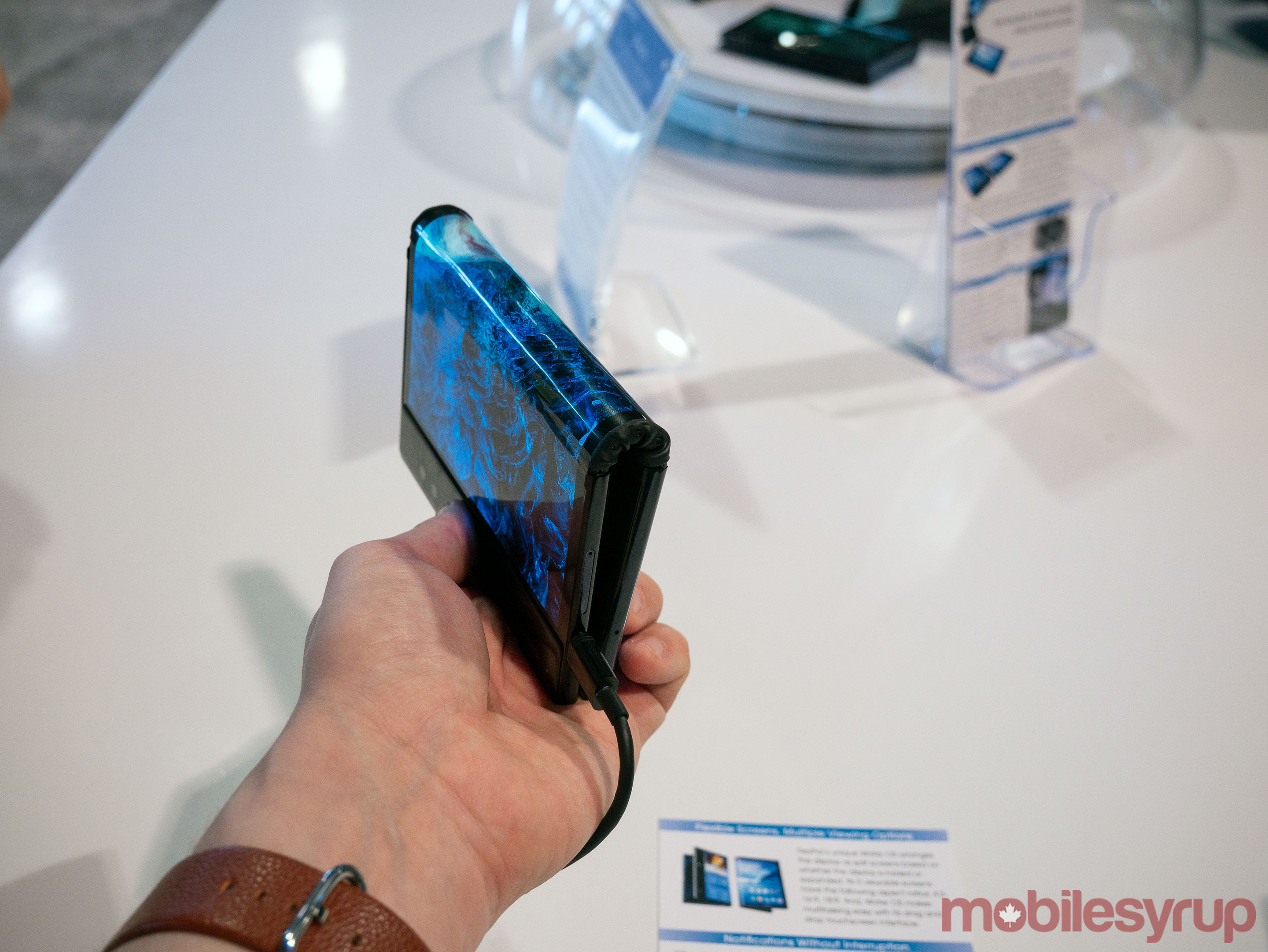 It’s important to note that it’s unlikely the FlexPai will make its way to Canada. The device is currently only available in the Chinese market, though a representative from the company says there are plans to launch the foldable smartphone in the U.S. soon.

When I specifically asked about a Canadian release, the rep smiled and said there’s always a possibility that it could happen at some point in the future, though I remain doubtful it will actually happen.