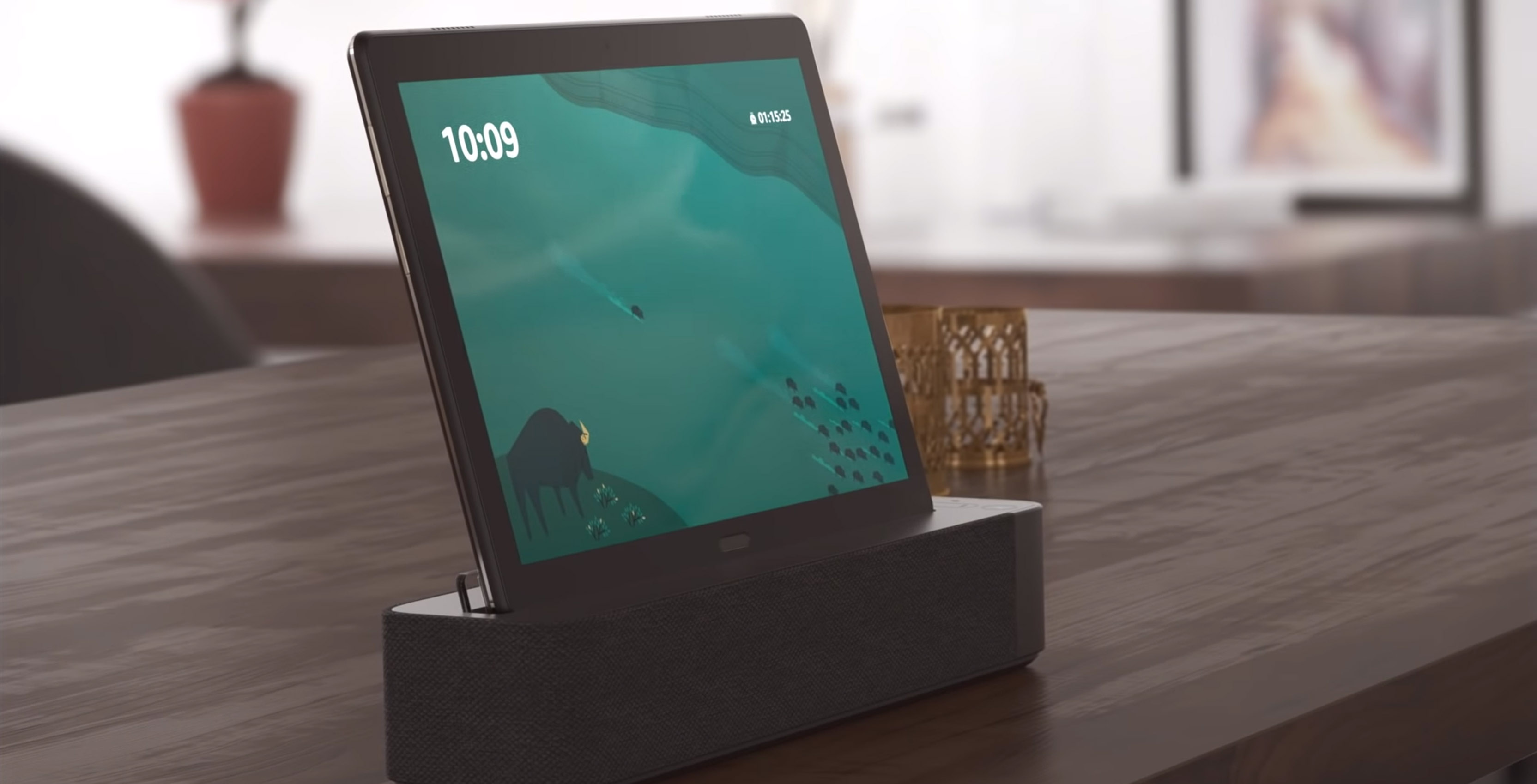 CES is one of the best places to find weird, new gadgets and this year’s show is no different. Lenovo is capitalizing on the weird factor with a new smart home device that’s also a tablet.

Dubbed ‘Smart Tabs,’ Lenovo’s new M10 and the pricier P10 are 10-inch Android tablets that can connect to a speaker-charging base combo to transform into a large Echo Show device.

The Smart Tabs are among the more novel Alexa implementations I’ve seen and come with the benefit of not being locked into a smart display.

Lenovo included Android Oreo on the tablets, not Fire OS or the bare-bones Alexa-centered OS that runs on Echo Show and similar smart displays. While the tablets might not be the best around — both models use Snapdragon 450 processors, which doesn’t bode well for their speed — at least users have some freedom with how they can use it.

Along with the middling CPU, the M10 comes with either 2GB Ram and 16GB storage or 3GB Ram and 32GB of storage.

In comparison, the P10 sports up to 4GB of RAM and 64GB storage, along with a nicer build.

However, it seems that the tablets really shine when docked. Docking will switch the tablet from Android to ‘Show Mode,’ which was introduced as a display mode for Amazon’s Fire tablets.

You can learn more about the Smart Tab system on Lenovo’s website.