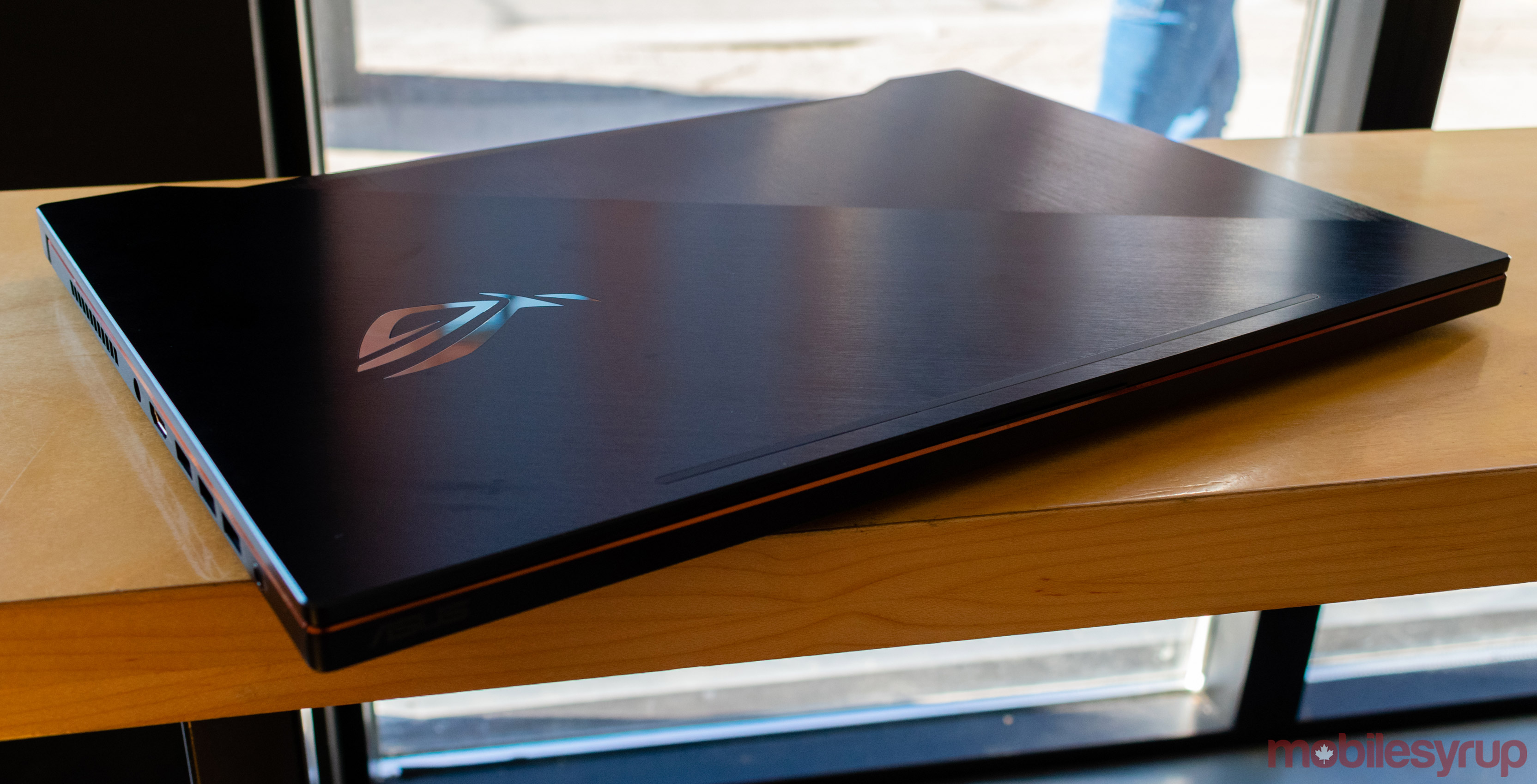 As a product, Taiwanese hardware manufacturer Asus’s Zephyrus M laptop is a conundrum. While it contains the latest 2018 Intel Core i7 processor, the laptop’s graphical computing capacity — one of the only reasons to choose a gaming laptop over an ultralight or a 2-in-1 or a pro-class laptop — is actually less powerful than even last year’s Zephyrus model.

Additionally, thanks to Asus’s decision to update the Zephyrus gaming laptop with Coffee Lake processors, the existence of the Zephyrus M is made all the more redundant. 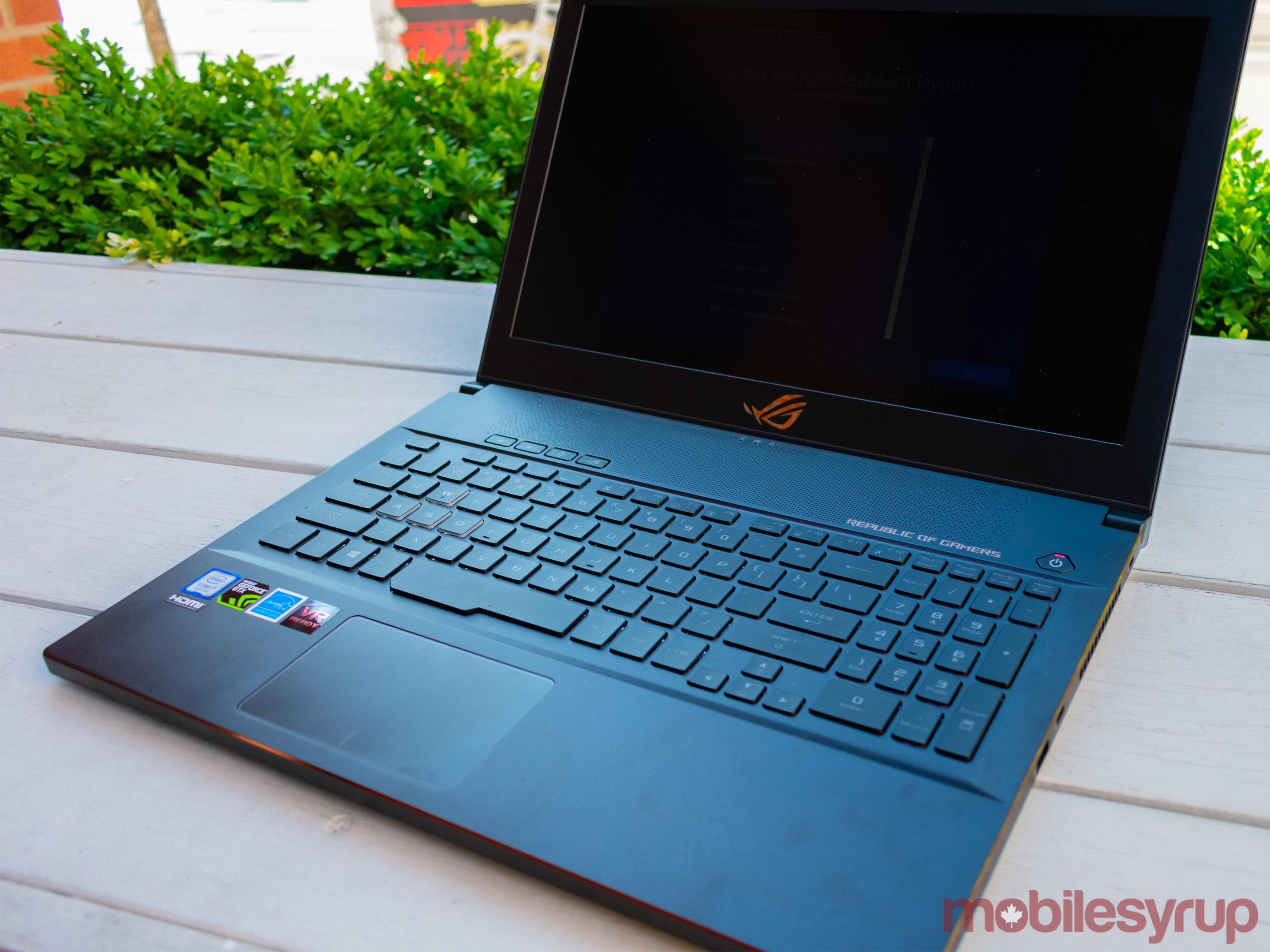 In effect, Asus has chosen to release a device that branches off of the Zephyrus computing line, while simultaneously releasing a product that pushes the core line forward. 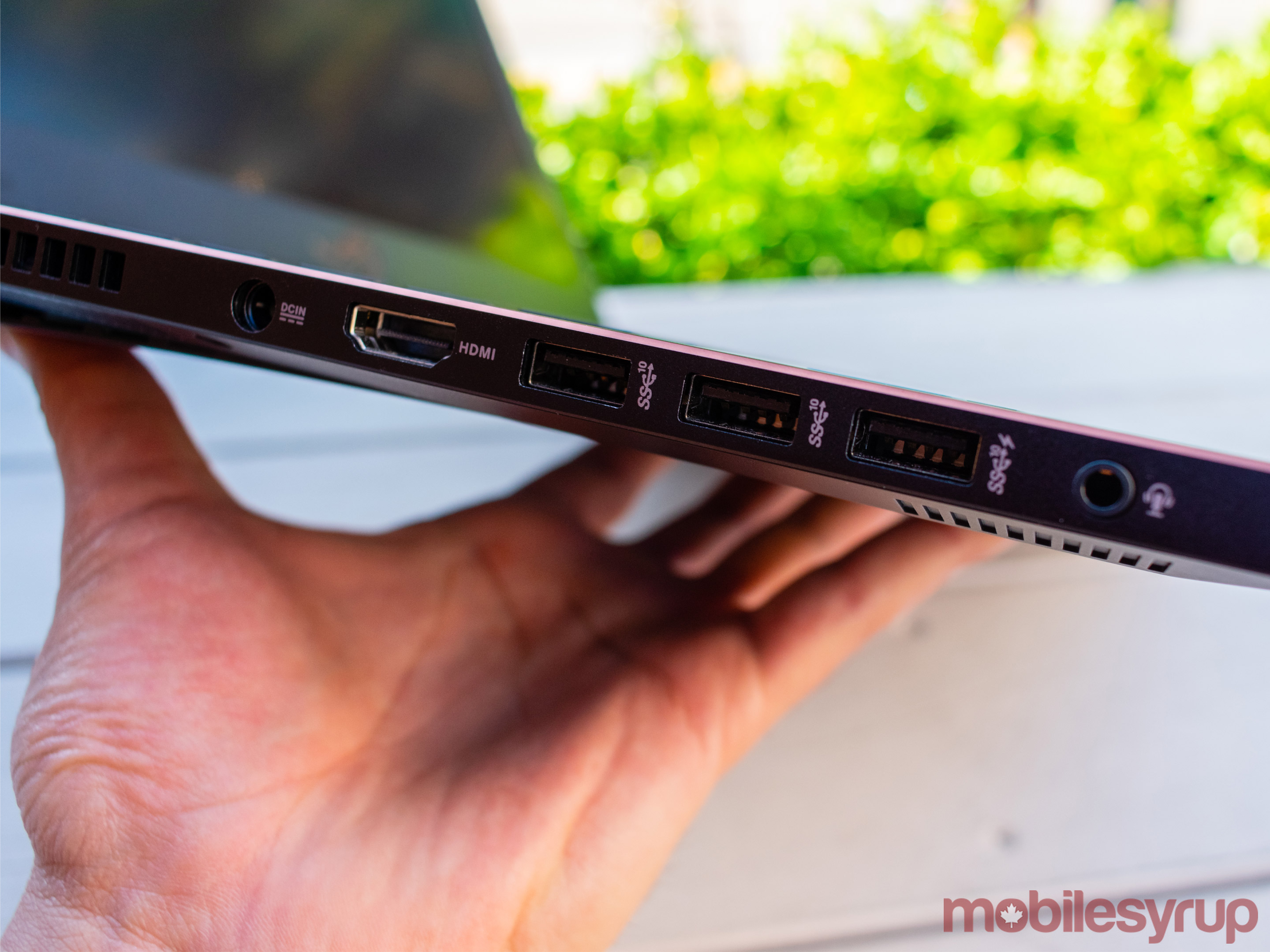 The Zephyrus M’s keyboard is also placed higher up along its frame, whereas the Zephyrus’s keyboard is placed closer to the edge of the device. The new keyboard placement provides a more comfortable typing experience. Thanks to the computer’s revised trackpad placement, using the Zephyrus M as a laptop — without a hardware mouse or external keyboard — is also much easier. 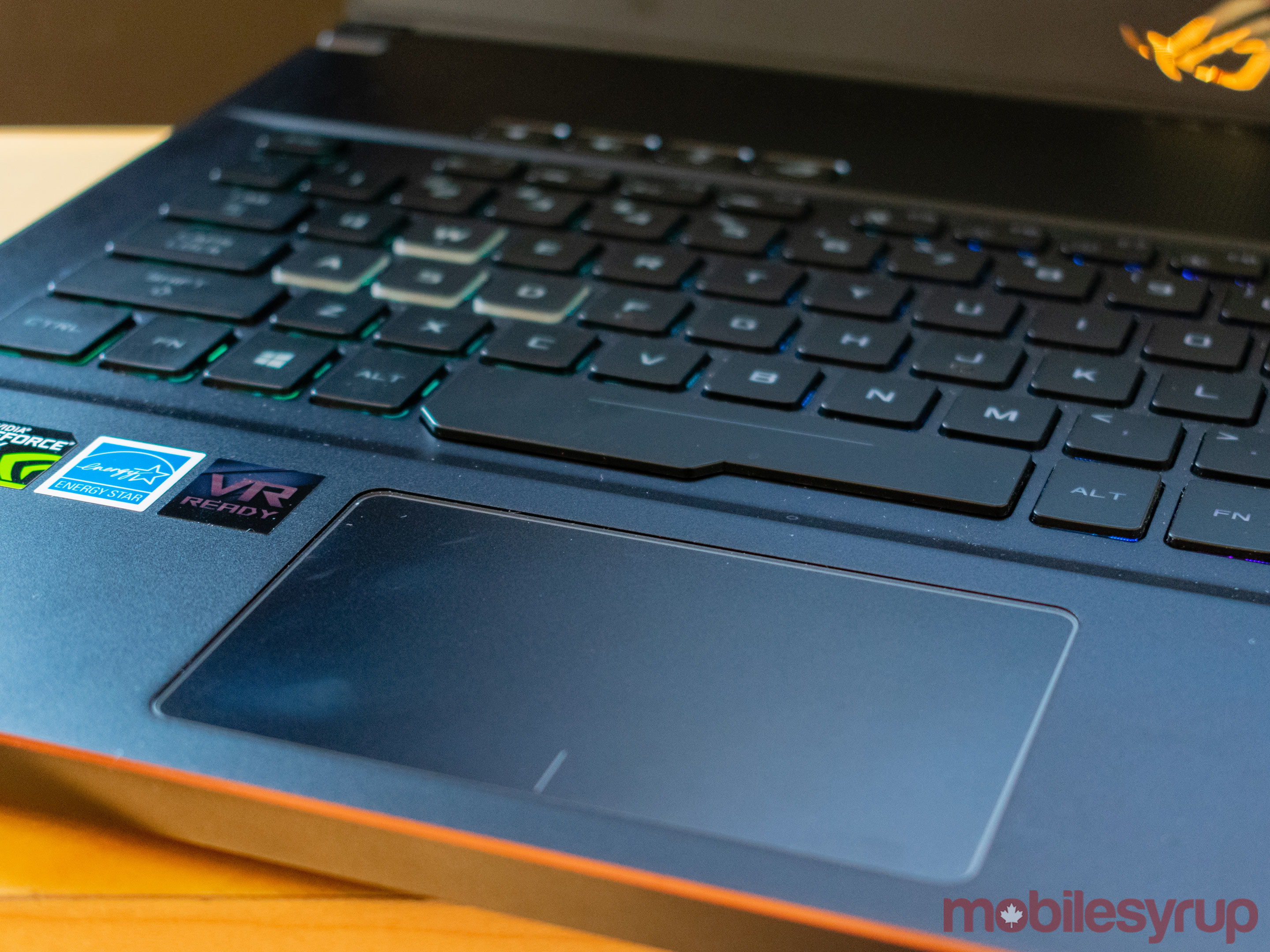 Savvy readers will note that this laptop eschews both a dedicated SD card slot, as well as a microSD card slot, which means that photographers, videographers, and pretty much anyone who still uses an SD card as their physical storage media of choice will need an adapter. Most USB-C dongles will work with this device — which is refreshing — but the absence of an SD card slot is troublesome nonetheless.

The Zephyrus M features an improved 15.6-inch full HD, 1920 x 1080 pixels IPS display with a 144Hz refresh rate, though the 2018 Zephyrus comes with the same panel, serving as yet another example of the more powerful Zephyrus device invalidating the M series of laptops.

The Zephyrus M also packs in a four-cell 55Wh battery — the same sized battery as the one present in the 2018 Zephyrus update. Asus suggests that the Zephyrus M should be able to provide up to five hours of battery life, though in daily use, the laptop eked out closer to three hours of computing.

Powerful computing that you’d expect from a dedicated gaming laptop 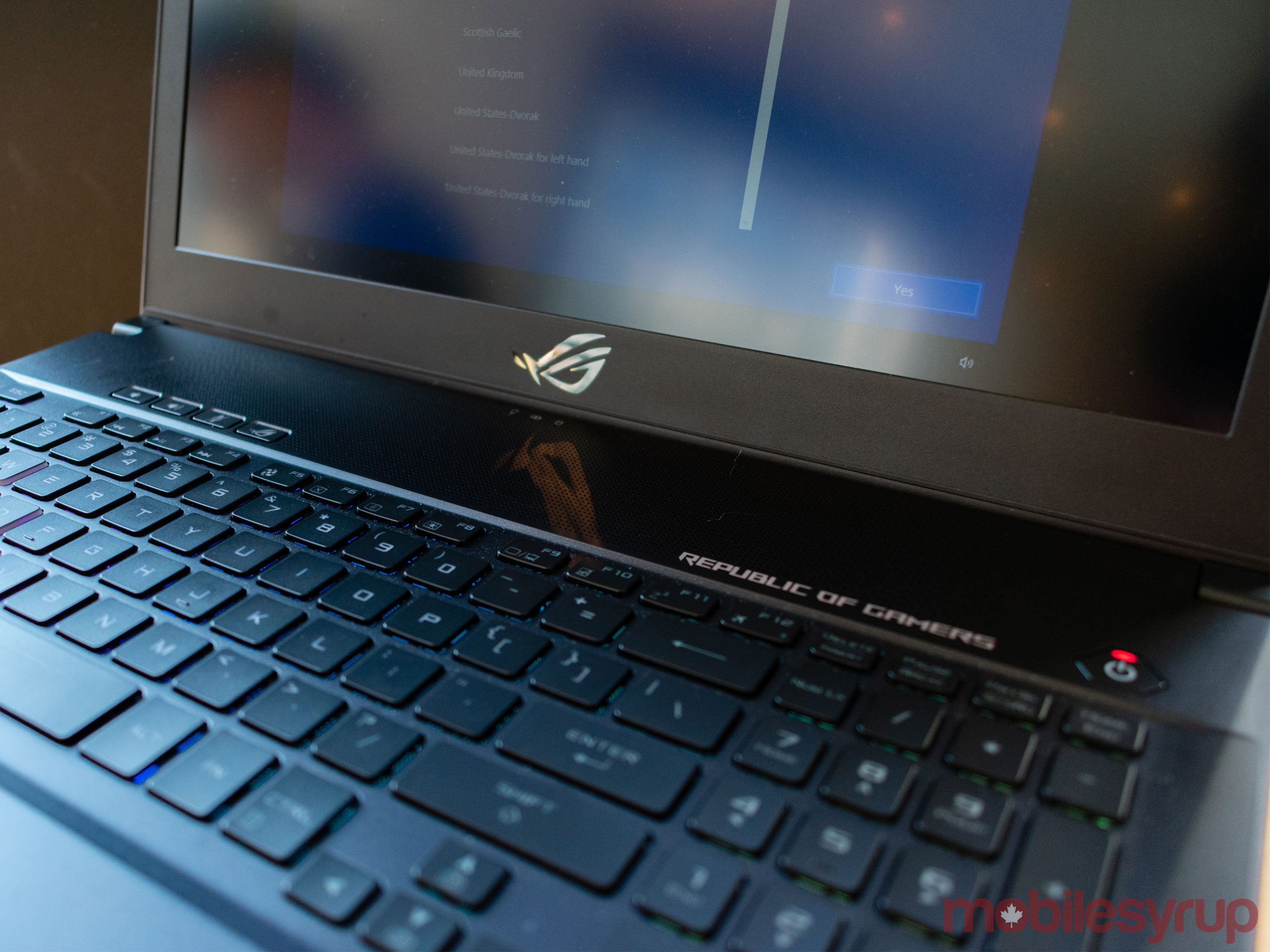 In practice, I was unable to notice a marked difference in graphics quality and overall performance with the Zephyrus M when compared to the 2017 Zephyrus. The laptop was able to smoothly run games like Overwatch and Heroes of the Storm at most settings, as well as easily complete photo-editing tasks in Adobe Lightroom and Photoshop.

In 2018, however, users expect that a $2,800 laptop with an Intel Core i7 be able to perform complex tasks without sputtering, stalling or crashing. Indeed, in the era of relatively affordable Core i9 chips, users who choose to spend money on pre-built gaming machine also have expectations for virtual reality and multi-monitor output.

I can safely say that the Zephyrus M is able to connect with multiple monitors at once and continuously deliver smooth computing. 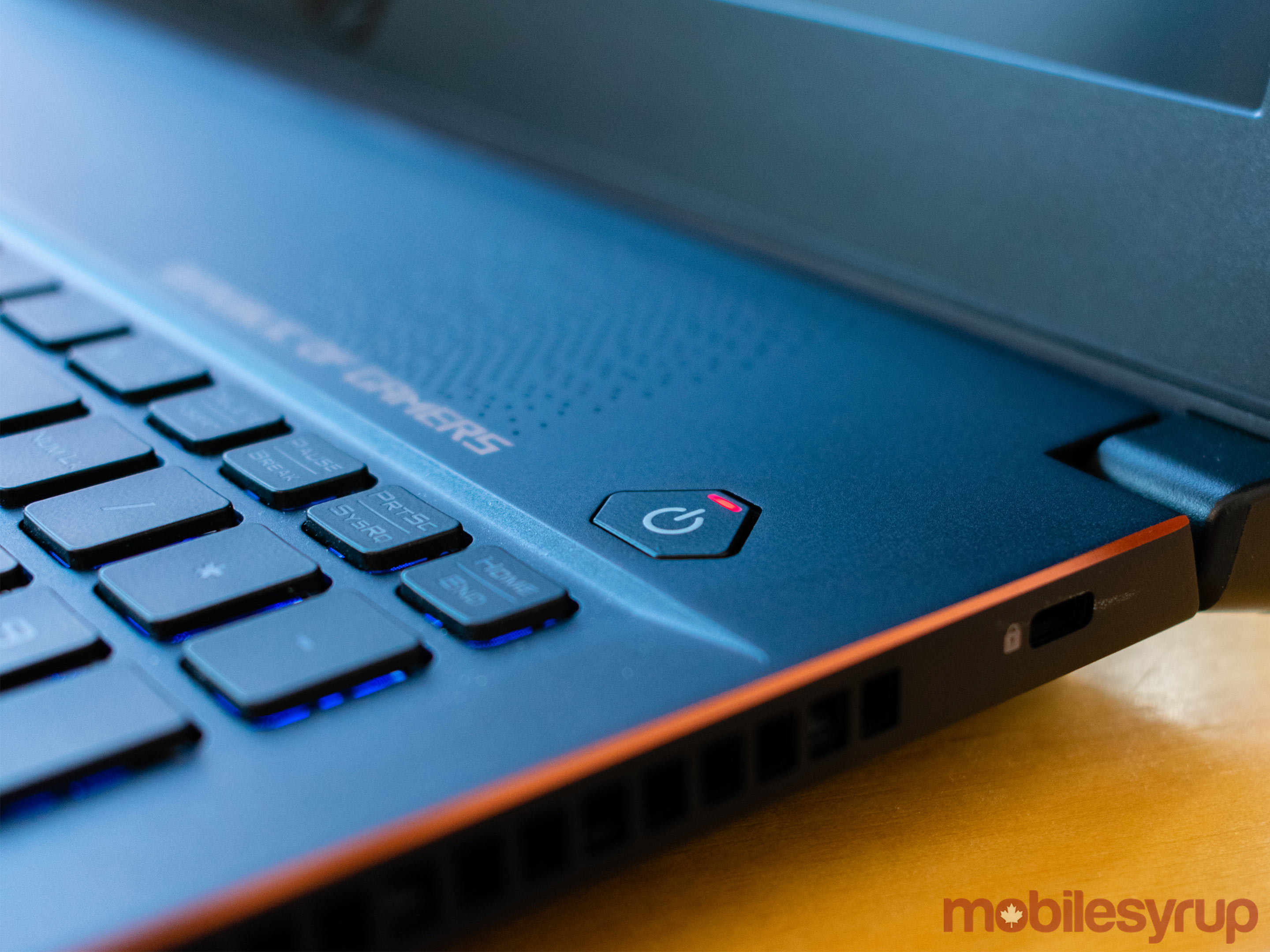 In the interest of full disclosure, however, I didn’t have the opportunity to test any virtual reality headsets with the Zephyrus M, and am therefore unable to comment on the kind of VR computing the laptop can deliver.

It’s worth noting that Asus claims that the Zephyrus M laptop is ‘VR ready,’ stating that the laptop’s Nvidia GeForce GTX 1060 or 1070 configurations are able to deliver ‘smooth, stutter-free VR performance at up to 90fps.’

Asus’s marketing claims notwithstanding, computing is a numbers game, and I would be remiss not to mention that the GeForce GTX 1080 in the regular Asus Zephyrus laptop will deliver better VR performance regardless of whatever Asus may say.

As a result, users are once again forced to confront the fact that the regular Zephyrus laptop — slightly more expensive though it may be — is still the better option for virtual reality. 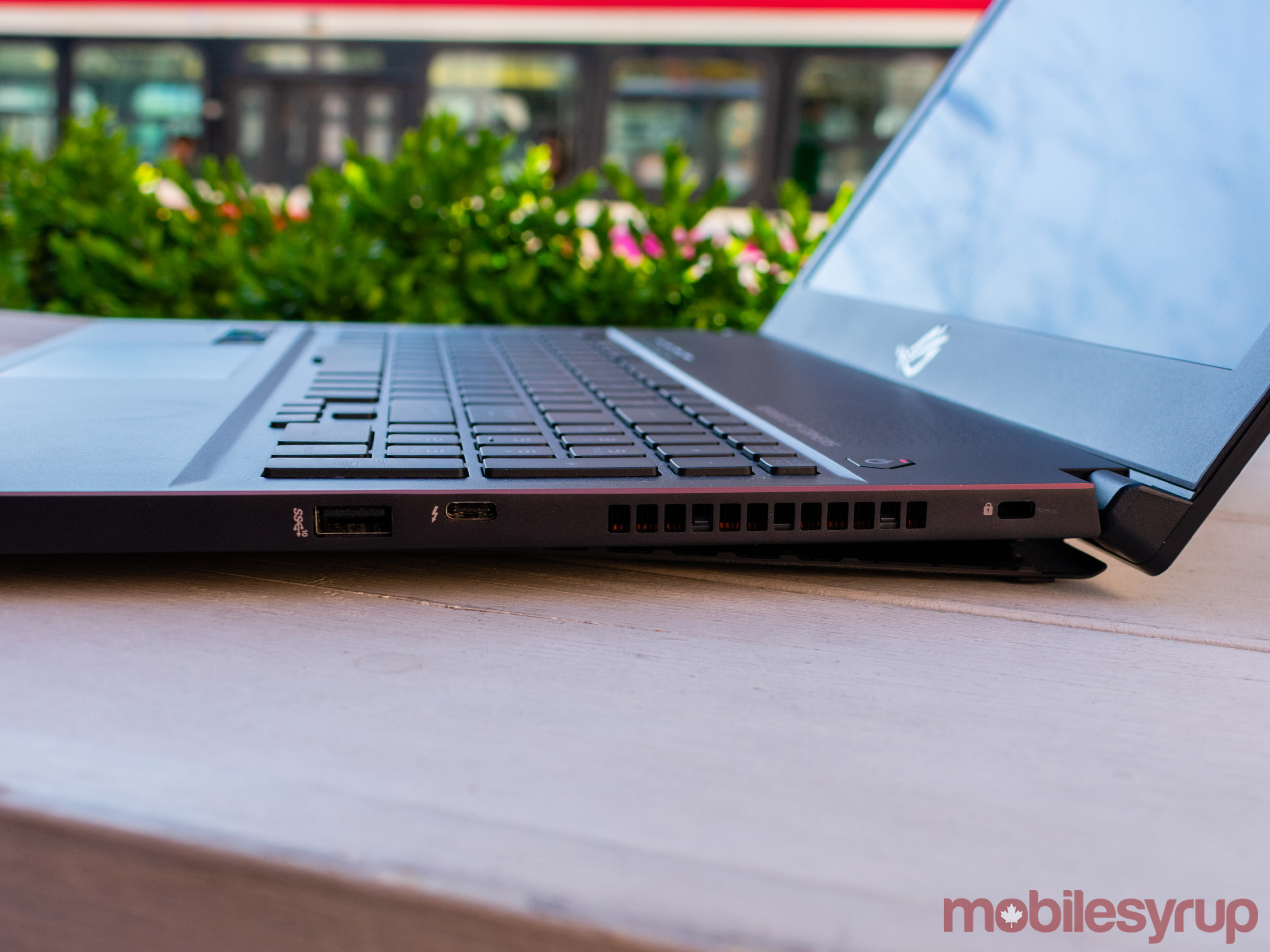 On the subject of Asus, the Taiwanese hardware manufacturer has included a collection of gamer-centric hardware and software quirks alongside the Zephyrus M.

For instance, the laptop’s backlit chiclet keyboard can be customized in a myriad of colourful patterns.

The laptop also ships with Asus’s ROG Gaming Centre software, which allows users to customize its performance based on a number of different usage configurations. Users also have access to fan speed, while the Gaming Centre makes its a little easier to overclock the processor if necessary.

These quirks are definitely gimmicks, and genuine power users will no doubt prefer to mess about with the laptop’s computing power through more traditional means. Still, for entry-level script kiddies looking to enter the curious world of custom computing, the Zephyrus M’s software tweaks are an easy place to start. 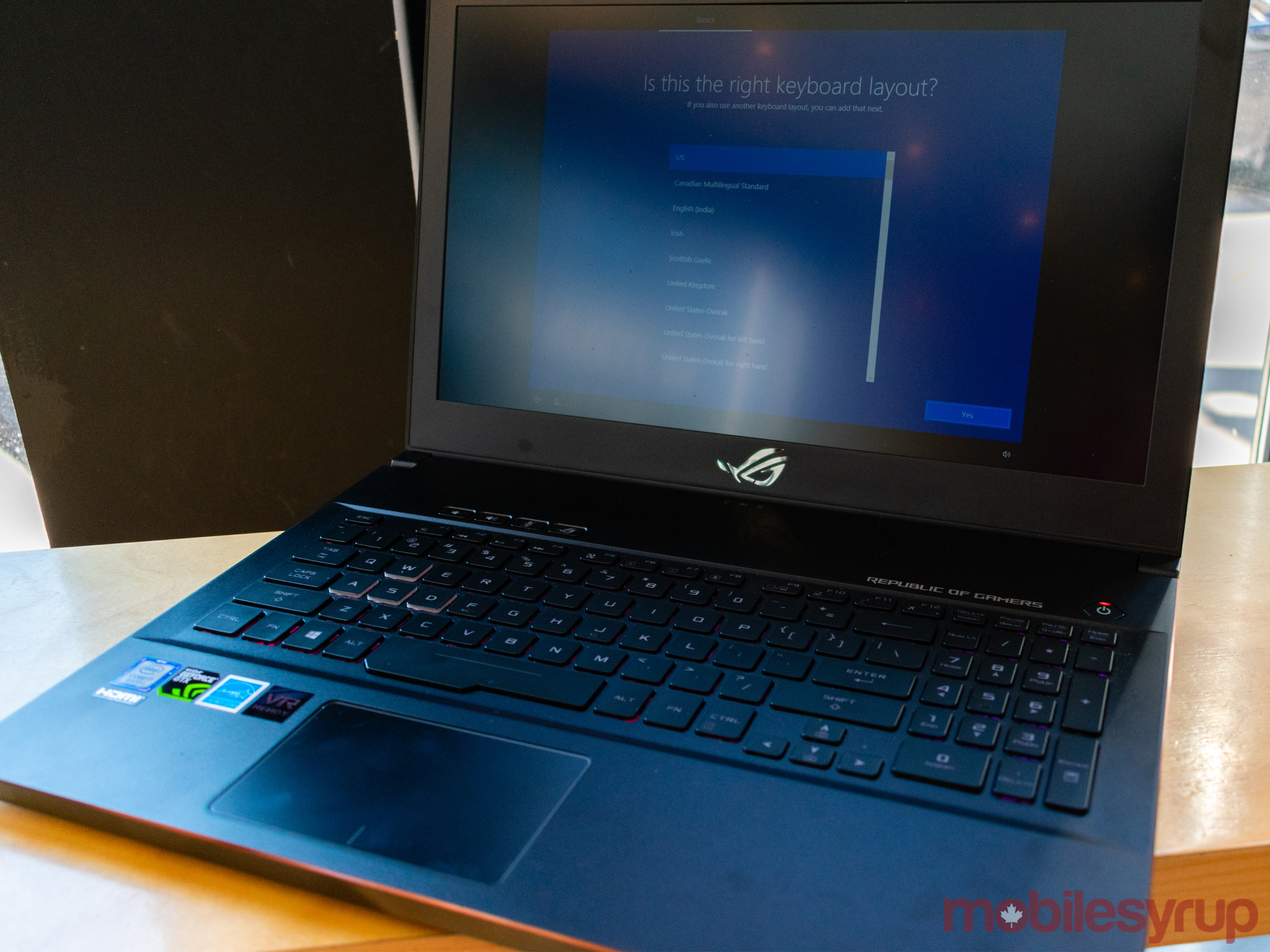 As a laptop, Asus’s Zephyrus M is an undeniably powerful computer. With its Intel and Nvidia chips, its ample amounts of RAM, its Samsung SSD and its Seagate Firecuda solid state hybrid drive, users won’t need to worry about completing even the most resource-intensive tasks.

However, the device’s existence as yet another costly pre-built gaming rig — as well as the existence of an updated 2018 Zephyrus laptop — makes the Zephyrus M a difficult sell for players looking for an on-the-go gaming rig.

That being said, if you’re willing to spend $2,800 on a pre-built laptop — and you don’t want a MacBook — then this is wonderful Windows machine is a great, albeit expensive, option.