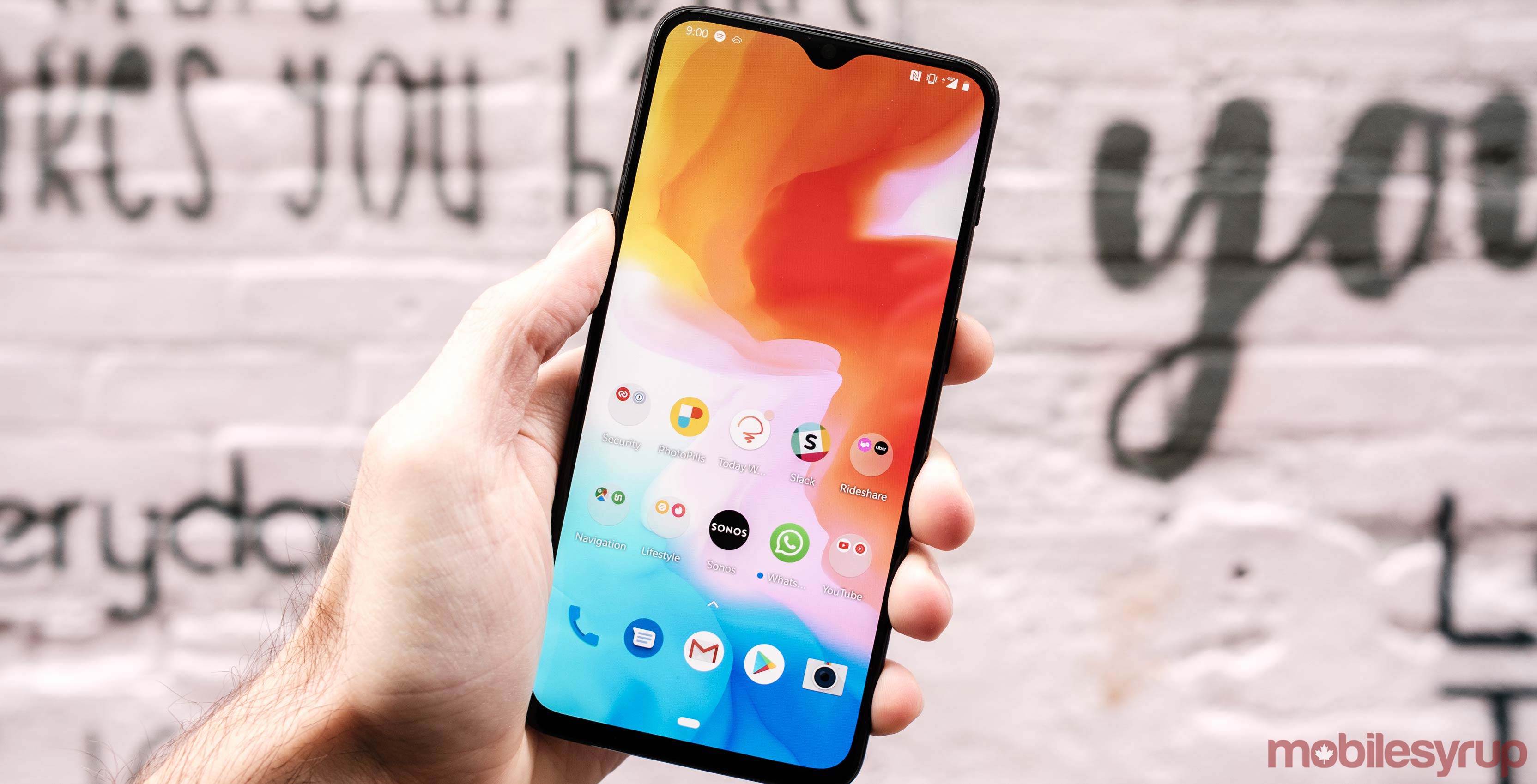 A new leak has revealed the upcoming OnePlus 6T McLaren Edition ahead of its December 11th unveiling.

The leak, which comes from Twitter user Ishan Agarwal (@IshanAgarwal24), shows several angles of the phone, along with a press image detailing specifications.

According to the press image, the McLaren edition will feature 10GB of RAM, 256GB of storage and ‘Warp Charge 30.’ It appears Warp Charge will replace what used to be Dash Charge. Further, the promo image suggests it will provide “a day’s power in 20 minutes.”

EXCLUSIVE LEAK! Here is your first look at the Official Renders of the OnePlus 6T McLaren Edition Speed Orange variant with 10GB+256GB Storage and super fast new ‘Warp Charge’ which will provide you a day’s power in 20 minutes! Do you like the phone?#SaluteToSpeed#WarpCharge pic.twitter.com/8JdoNb6SWG

This likely means the phone uses a more powerful charger. Potentially, the charger could use Oppo’s Super VOOC charging technology.

While the specs are indeed impressive, it’s not clear how useful something like 10GB of RAM will be in day-to-day use.

Additionally, the rear of the phone features a carbon fibre finish beneath the glass backplate. There’s also an orange accent around the bottom of the phone that almost appears to glow at first glance. 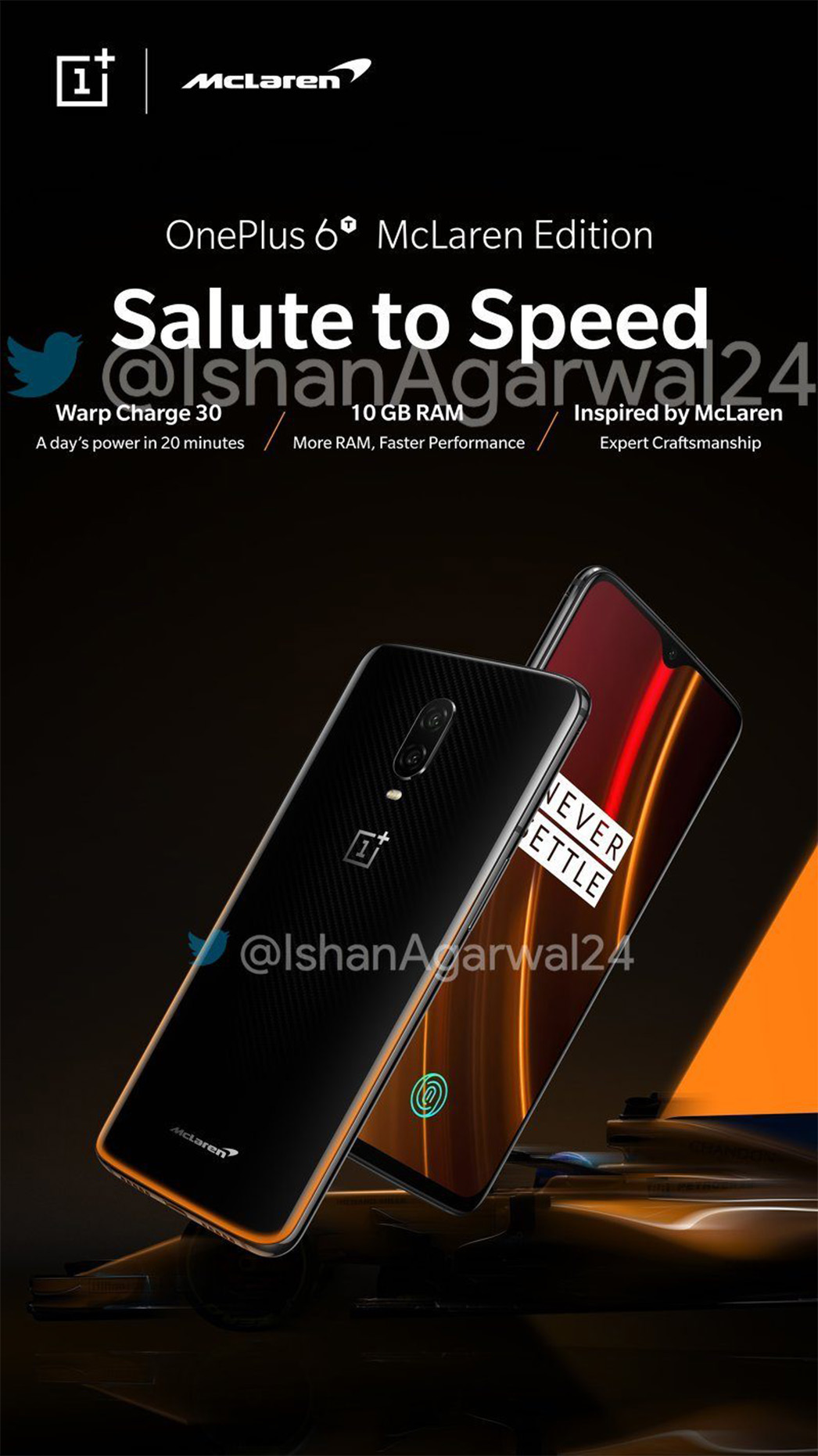 Beyond that, there’s little visual change between the McLaren Edition and the standard OnePlus 6T model, other than a McLaren logo on the phone.

Overall, it looks like the McLaren Edition 6T could be a great addition to the OnePlus line. However, the question remains whether the boosted specifications will be worth the likely premium price of the device.

Source: Ishan Agarwal Via: 9to5 Google