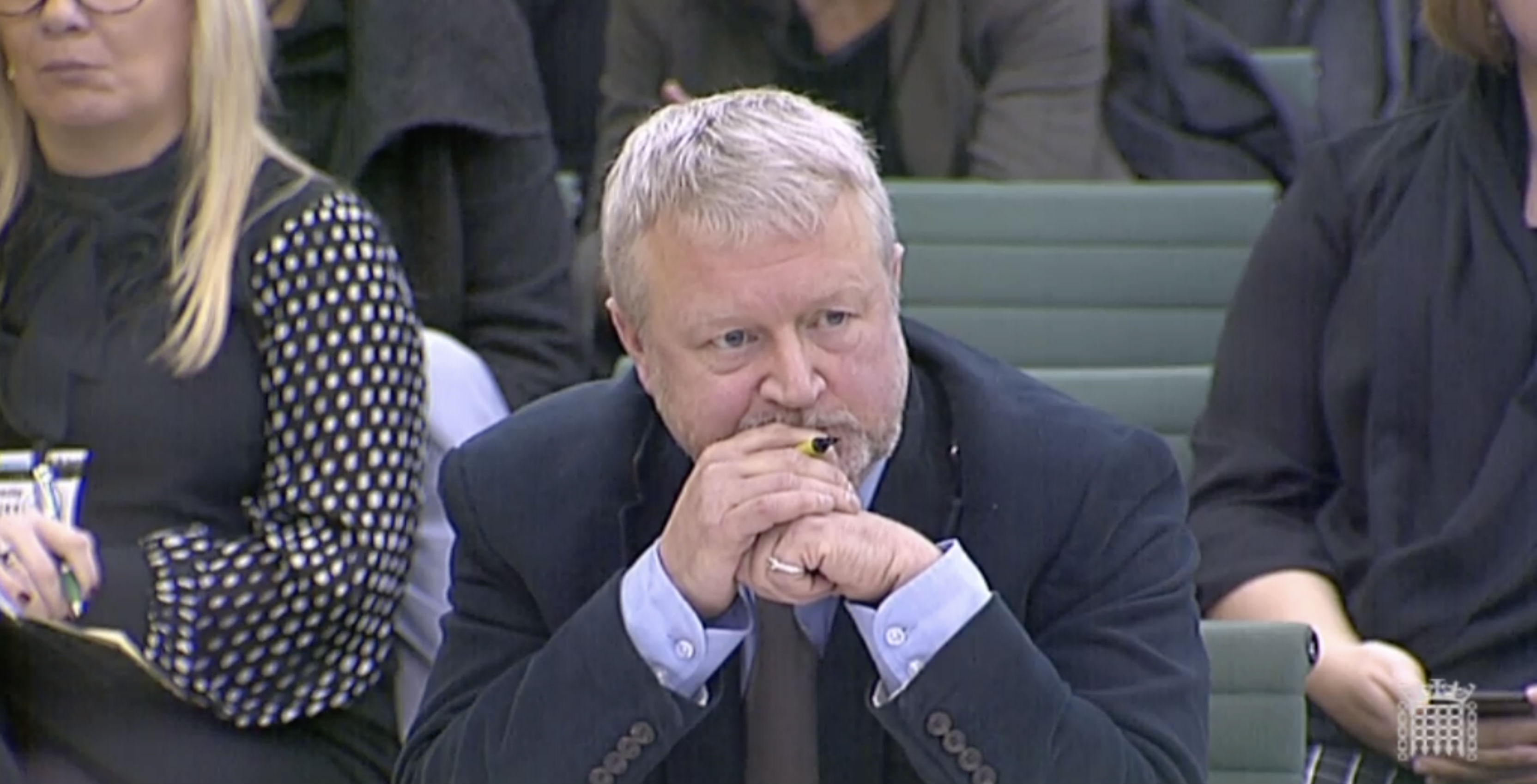 Lawmakers from nine countries weren’t impressed with Facebook’s CEO Mark Zuckerberg’s vacant seat at a hearing on fake news, saying it “speaks volumes” that he didn’t care to respect the 447 million people that were represented at the event.

“How deeply disappointed we are about Mark Zuckerberg’s decision to ignore the summon from so many different nations… I’d like to ask about the corporate decision to blow off this meeting. How was that arrived at? Who gave Mr. Zuckerberg the advice to ignore this committee?” NDP Member of Parliament Charlie Angus asked Allan, who responded by saying that he took it upon himself to come to the hearing. Allan went on to defend Zuckerberg for skipping the hearing.

“Mr. Zuckerberg’s decision to not come to Westminster speaks volumes, particularly since this has been a subject of investigation on if Facebook apps have upended one of the most important votes in British history,” Angus said. “Does Mr. Zuckerberg think parliamentarians are not willing to push back?”

Allan, who is also a member of the parliament’s upper chamber, the House of Lords, told the committee that it was “not great” that Zuckerberg wasn’t present at the hearing.

“I think it’s important we have this kind of engagement but I also have a role in supporting my company as it tries to grapple with the issues we’re talking about today,” he responded when asked if he thought it was okay that the CEO was not present.

The committee first requested Zuckerberg to appear on October, 31st, 2018, and later sent another letter with more countries signing on November 16th, 2018.

Zuckerberg has appeared before politicians in the past. He testified before the U.S. Senate and House in April. He also appeared in front of European Union Parliament’s Council of Presidents in May.

Further adding to the frustration that Zuckerberg didn’t attend the meetings, officials felt that Allan wasn’t able to properly answer questions despite the fact Facebook was asked a similar set of questions in the past.

U.K. Labour Party MP Ian Lucas asked if Allan was able to confirm when Zuckerberg was made aware of the Cambridge Analytica scandal — the firm that helped U.S. President Donald Trump win the 2016 presidential election campaign by harvesting data from millions of Facebook users.

Lucas noted that he had asked the same question nearly eight months ago to another senior Facebook executive at a committee hearing and didn’t get an answer then.

Allan was not able to answer the question, adding that responses were given to the committee.

“I’m sorry, you haven’t given responses because I asked in April this question… I wanted Mr. Zuckerberg to answer this question. You’ve had six months notice of these questions,” said Lucas.

French Senator Catherine Morin-Desailly disappointedly asked if Facebook had warned users that their data would be harvested the way Cambridge Analytica did and if it was normal to target political accounts or users.

Allan did not answer the question directly. Instead, he said Facebook felt “the use of Cambridge Analytica was abusive,” but that the company had provided “sufficient” information to users and felt they were aware that an application can harvest data.

Conservative MP Bob Zimmer said he wished he had his gavel to try and control the amount of cross-talk and interruptions that occurred during the hearing.

Zimmer is the chair of the House of Commons Standing Committee on Access to Information, Privacy and Ethics (ETHI) and was at the hearing with his co-chairs Angus and Liberal MP Nathaniel Erskine-Smith.

“I’m not confident especially from previous statements from Mr. Zuckerberg, he seems to deflect that platforms are used in elections campaigns… do you agree with Mr. Zuckerberg?

Allan responded without providing a straight answer, to which Zimmer said, “I’m actually not sure what you just said.”

Zimmer felt that Allan was deflecting from properly answering the question, adding that it seemed to be the Facebook way to “delay, deny, and deflect” responses, referencing the New York Times article that recently exposed Facebook’s public relations tactics.

Erskine-Smith was also disappointed to see a “noticeably empty” seat but proceeded to ask Allan a slew of questions based on a statement that Zuckerberg said: “We didn’t take a broad enough view of our response. It was my mistake and I’m sorry.”

Erskine-Smith probed Allan further on app developer reciprocity, a common service where a developer will provide content or an application and will receive data in exchange, and asked if Facebook treated developers differently if they had purchased mobile ad product.

“I’m not aware of that. Again, that’s a very specific question that I would need to look into,” Allan said.

Allan felt many of the questions were coming from emails that were circulated from Facebook documents that committee chair and U.K. Conservative MP Damian Collins had obtained over the weekend.

Collins said over the weekend that the documents contained confidential emails that were related to Facebook’s data and privacy controls leading up to the Cambridge Analytica scandal that broke earlier this year.

Collins, however, made it clear that those documents were not revealed to anyone before the hearing and that he wasn’t planning on releasing it.

In Canada, the ETHI committee has been studying Cambridge Analytica and the influence of social media on elections campaigns and has met 23 times non-consecutively since April 2018.

On November 20, 2018, Angus told MobileSyrup that the committee met in-camera (closed to the public and media) to finalize its report and make recommendations. He said that report would be released shortly.