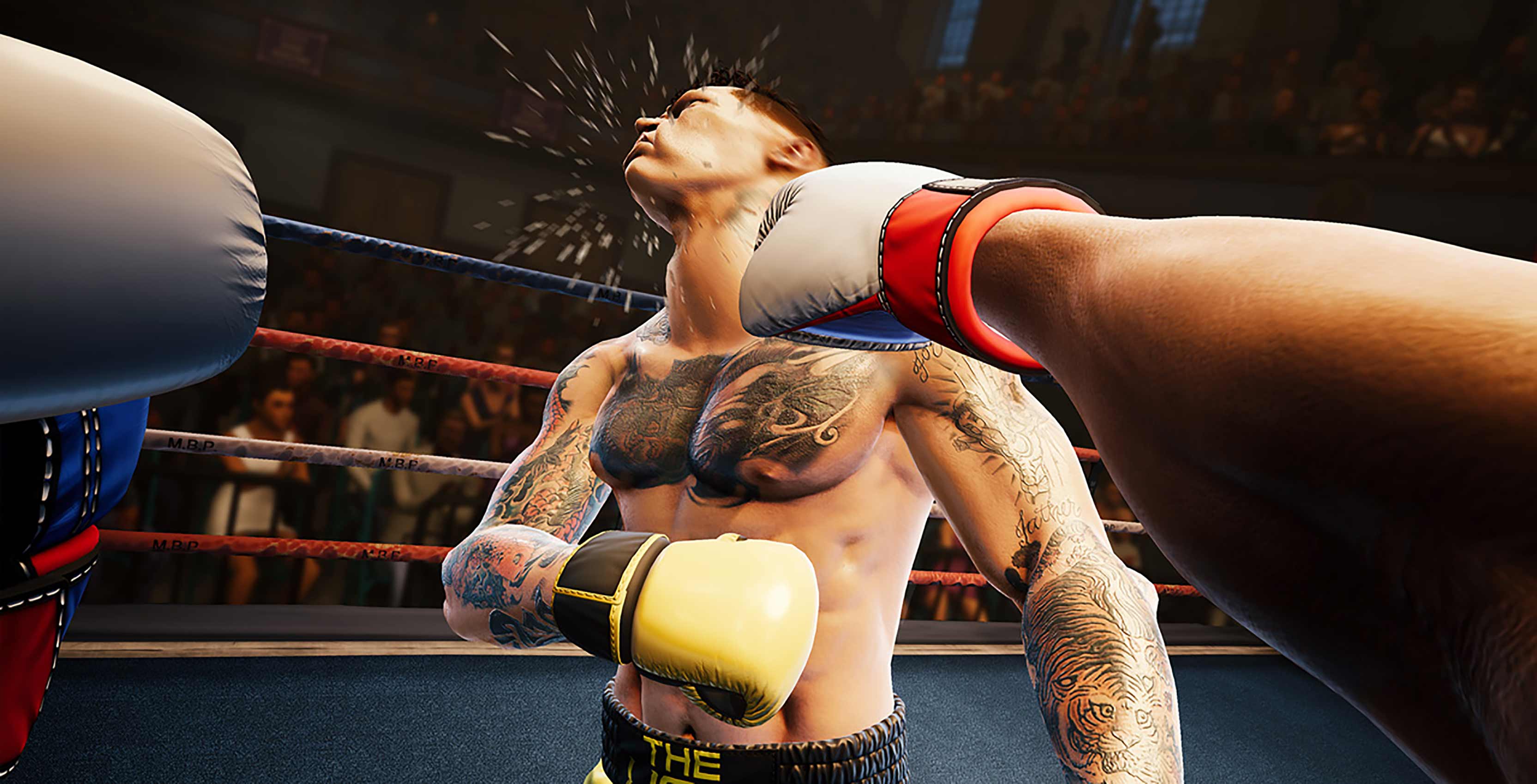 Los Angeles-based developer Survios has quickly solidified itself as one of the best developers of virtual reality games in the industry.

Between its 2016 intuitive multiplayer shooter Raw Data, this spring’s incredibly original racer Sprint Vector and this summer’s addictive Electronauts music mixer, Survios has ensured that I’ll always be excited about its next VR game.

Now, Survios has done it again with the excellent Creed: Rise to Glory, a VR boxing game based on the Creed films from the iconic Rocky Balboa franchise. To be fair, there are a number of VR boxing games already, such as Knockout League, but there are not that offer the one-two punch of beloved IP and excellent core mechanics.

Drawing from Ryan Coogler’s excellent Creed and Steven Caple, Jr.’s upcoming Creed II, Rise to Glory follows the career of Adonis Creed, Rocky Balboa’s protege. To start, Rise to Glory offers up a very intuitive motion control scheme that genuinely responds to the precision and power you put behind each punch.

Physically swinging your arm for a powerful right hook will do more damage to your opponent than a small jab, and the game also takes into account weaker areas like the stomach and head. You can also hold your arms up to block or lean, bob and weave for more evasive manoeuvres. 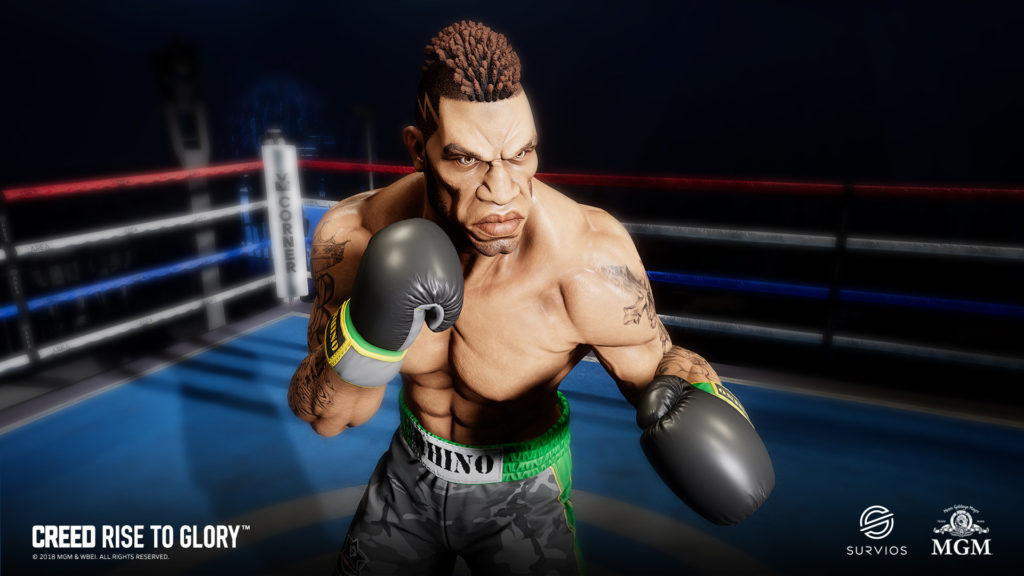 To balance this system, your character has a stamina bar that naturally depletes quicker depending on your action. You’ll have to block for a few moments before your stamina replenishes, meaning you can’t just keep throwing powerful punches the entire match. This is also a great way to ensure players don’t physically tire themselves out too much, as you can definitely work up a sweat from performing all of these actions.

But as Rocky himself once said, it’s about how hard you can get hit and keep moving forward. With that in mind, Survios has developed the ‘Phantom Melee’ system for when Adonis takes a particularly devastating blow. If you’re stunned, you’ll have to mimic your avatar’s pose to regain control.

With knockouts, you’ll find yourself ejected out of your avatar and outside the ring, meaning you’ll have to swing the controllers back and forth to return to your character’s body and get back on your feet. It may sound a little goofy, but it’s nonetheless a tense and clever use of gameplay mechanics to recreate the out-of-body experience a boxer may feel as he’s seeing stars. 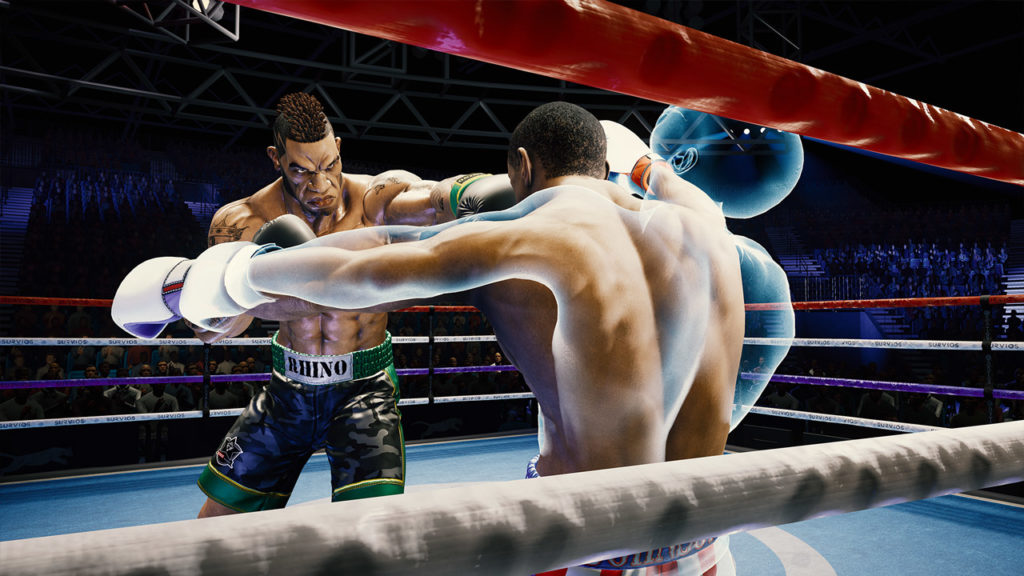 You’ll most likely want to start with the Career Mode, which, like the game’s title suggests, chronicles Adonis journey to becoming a champion. In addition to matches against both new and familiar Rocky fighters, Career Mode also teaches you how to fight through some simple, effective and fun mini-games in Adonis’ gym.

There are some nice touches here, like an older, grizzled Rocky appearing to coach Adonis like he does in the films. Michael B. Jordan reprises his role as Adonis from the films here, while David Lodge gives a solid impression of Sylvester Stallone’s Rocky. In a PlayStation VR exclusive, you’ll also be able to play as a version of the Italian Stallion in his prime in certain instances. For more sweet fan service, Survios has even implemented several of the classic songs from the Rocky films, like Bill Conti’s Gonna Fly Now featured in the original Rocky. 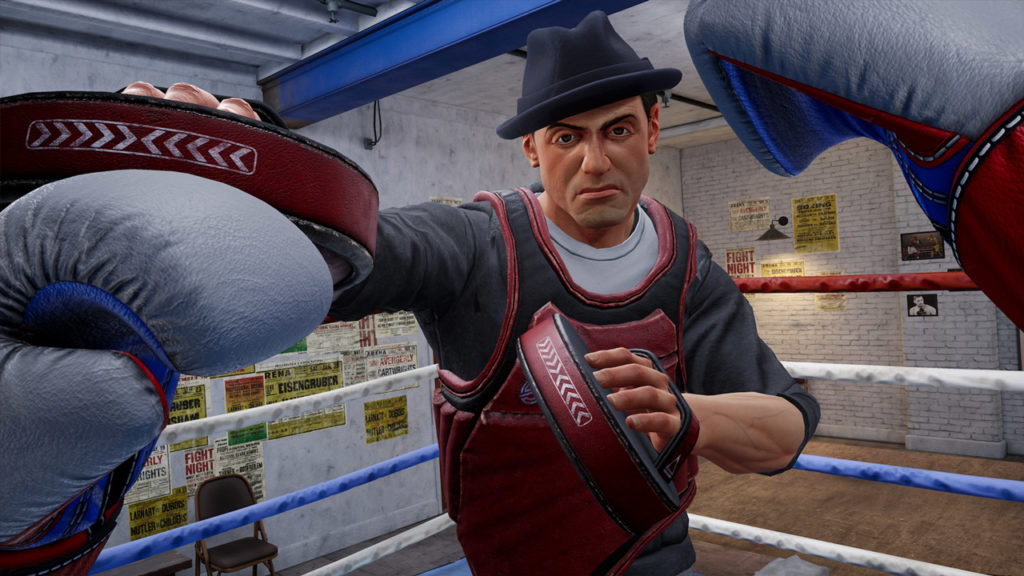 In the end, though, Career Mode is essentially a glorified arcade run, and with its somewhat short length and match-training-match structure, it ends up feeling like a bit of missed potential. Still, it’s a good way to teach you how to play, which you’ll need to know how to do well in Rise to Glory‘s brilliant player-versus-player mode.

These are where the mechanics really come alive, with human players offering up much more dynamic fight opportunities. Thankfully, there was only ever minimal lag, making each fight feel as smooth and thrilling as possible.

The campaign might be a bit of lightweight, but the overall package is anything but. As a licensed game, Rise to Glory pays wonderful homage to the legacy of the Rocky franchise through great visual and audio presentation. What’s more, the game succeeds in offering incredibly engaging and intuitive mechanics that let you live out the ultimate boxing matches, especially online.

You’ll definitely want to get hit with this one.