I downloaded this cool new app, but what do I use it for? 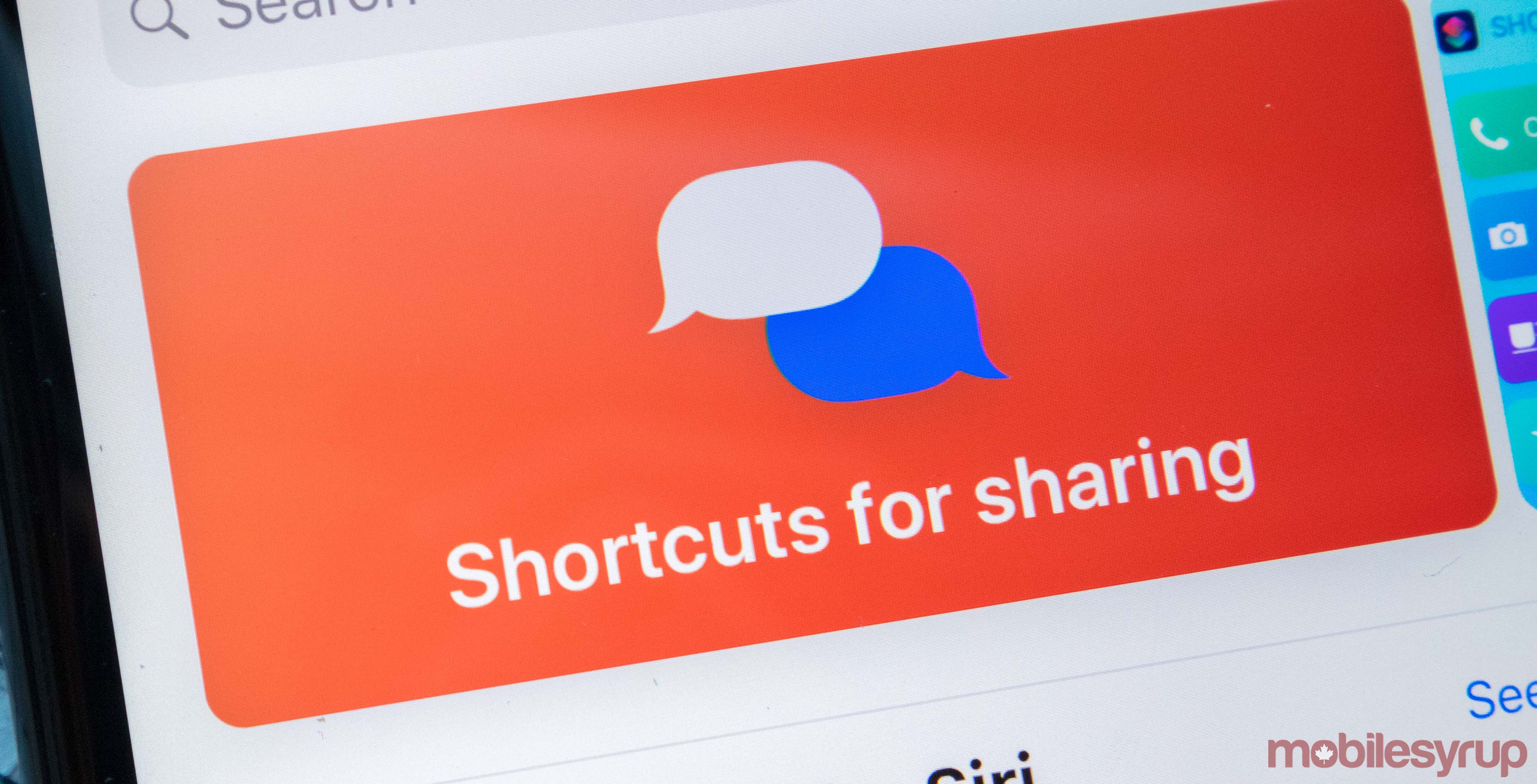 Apple’s recently released iOS Shortcuts app is a way to streamline simple tasks and create futuristic phone commands, but coming up with all of these unique formulas isn’t always easy.

That’s where this story comes in. I’ve compiled a list of clever shortcuts and a few online resources to learn about making your own.

This isn’t exactly an article teaching users how to use Shortcuts, but if you’re looking for an intro to the new app, MobileSyrup put together a brief guide. If you want to go more in-depth, Apple even has its own Shortcuts guide.

I’ve been interested in apps that chain commands together since IFTTT (pronounced ‘If This Then That’) launched back in 2011. I consistently ran into the same hurdle every time I tried to use the not-always-intuitive platform. What type of commands can I make and what am I trying to accomplish?

Now that Apple has launched Shortcuts, I’m giving the whole app formula thing another shot. This time, I’ve found three great online resources to help me out. The r/shortcuts subreddit is a great resource to see what other people are building and to gain inspiration. There’s also a website called ShotcutsGallery.com that lists hundreds of Shortcuts that stretch across a variety of topics.

Finally, there’s even a Discord channel for Shortcut enthusiasts to join in order to share ideas and collaborate in real-time.

Shortcuts are still in their infancy. Apple was able to borrow most of the app’s functionality from WorkFlow, the company the tech giant purchased back in 2017, but popular apps are still slowly rolling out support.

Even just on the subreddit, there are still tons of interesting ideas to be inspired by.

So sit back, pull out your phone, and get creative.

Whistler webcams – Displays Whistler mountain and village webcams. Option to share and save images. from r/shortcuts

View all photos taken on this day in previous years in a variety of ways (GIF, collage, browse) from r/shortcuts

View all photos taken on this day in previous years in a variety of ways (GIF, collage, browse) from r/shortcuts

Getting pulled over by police from r/shortcuts

Control Spotify with Siri from r/shortcuts

Here is a Jeopardy Soundboard for your enjoyment. from r/shortcuts

I have an NFC tag that opens up a shortcut to close my garage & start navigating to work via Waze. Perfect for placing on your mobile phone holder! from r/shortcuts

I’m working on a Pokédex app for iPhone that works with Siri Shortcuts, so you can get answers entirely by voice! from r/pokemon

Search on Amazon Shortcut from r/shortcuts

Here’s the motherload of ideas!

Here is my library of Shortcuts I’ve collected/created so far. (Explanations in the comments of each category & shortcut) from r/shortcuts

These last two are just some cool ideas for what to do with your Shortcuts, and a feature Shortcuts should add in the future.

My Shortcuts Only Homescreen from r/shortcuts

Apple should let us add shortcuts to the control center. It would be easier to access the shortcuts. from r/shortcuts