Meet the spiritual successor to the Pixel C 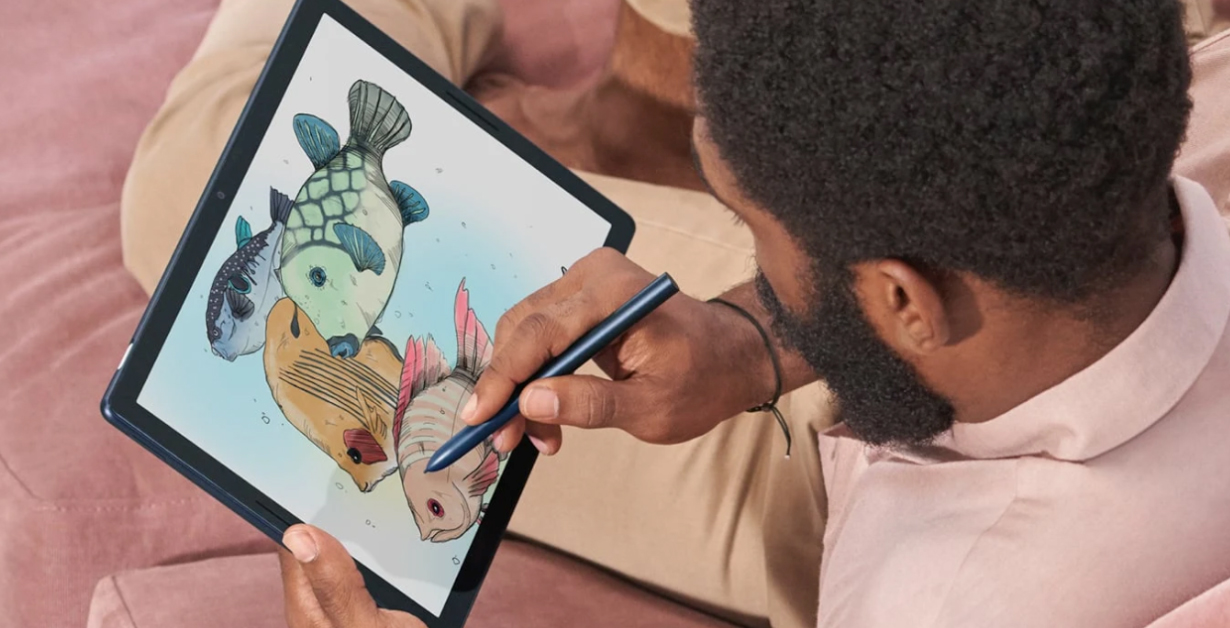 While the Pixel Slate looks like an Android tablet at first glance, it’s actually a convertible 2-in-1 Chrome OS device.

The device runs Chrome OS, is useable with Google’s Pixelbook Pen stylus and also works with the Pixel Slate Keyboard — a cover with round keys that also serves as a stand. The keyboard connects automatically and features fully backlit keys.

Users can also position the keyboard cover in almost any configuration. 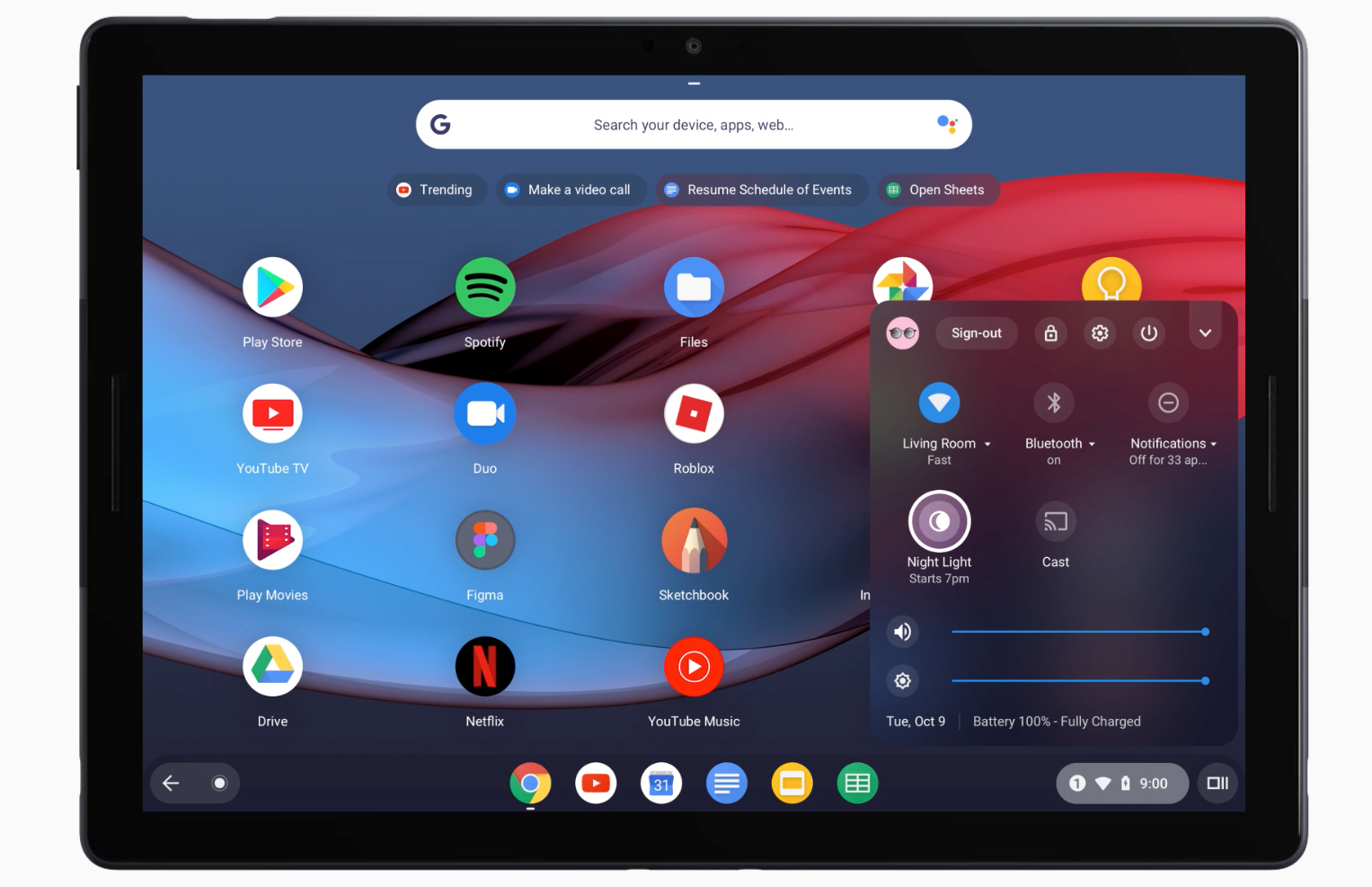 Trond Wuellner, director of product management at Google, took to the stage to state that the Pixel Slate’s speakers deliver “surprisingly big sound.”

Google’s latest tablet features two USB-C ports for charging, 4K display out and data transfers, as well as a 48Wh battery that should be able to provide up to 10 hours of mixed use.

Thanks to USB-C fast charging, the tablet can provide two hours of use on 15 minutes of charge, according to Google.

More than a tablet. More than a laptop. It’s our new Pixel Slate. What do you want to know? Ask us in the comments. #PixelSlate #madebygoogle pic.twitter.com/xGBOPgmlb0

The device comes in five configurations, depending on the Intel processor that consumers select.

The eighth-gen Intel Core m3 version costs $1,049, and comes with 8GB of RAM and 64GB of internal storage. 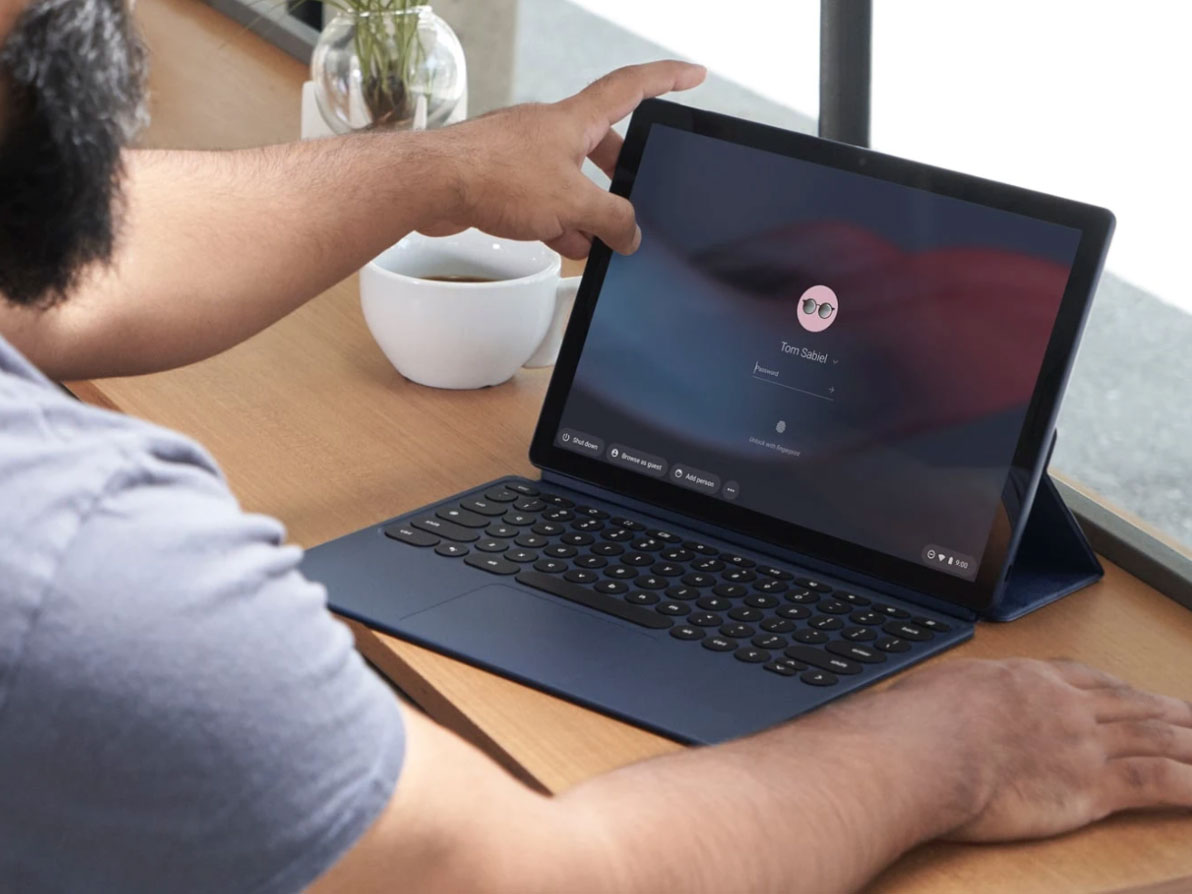 Google is offering Pixel Slate owners three free months of YouTube TV — the company’s paid over-the-top streaming service that is currently only available in the U.S.

In terms of software, users can run full-powered Linux apps, as well as apps from the Google Play Store and Chrome Apps.

Wuellner added that Google is working with Adobe, and a full version of Adobe Acrobat will be available for use with the Pixel Slate. He didn’t make mention of Adobe apps like Photoshop, Lightroom or Audition, however. 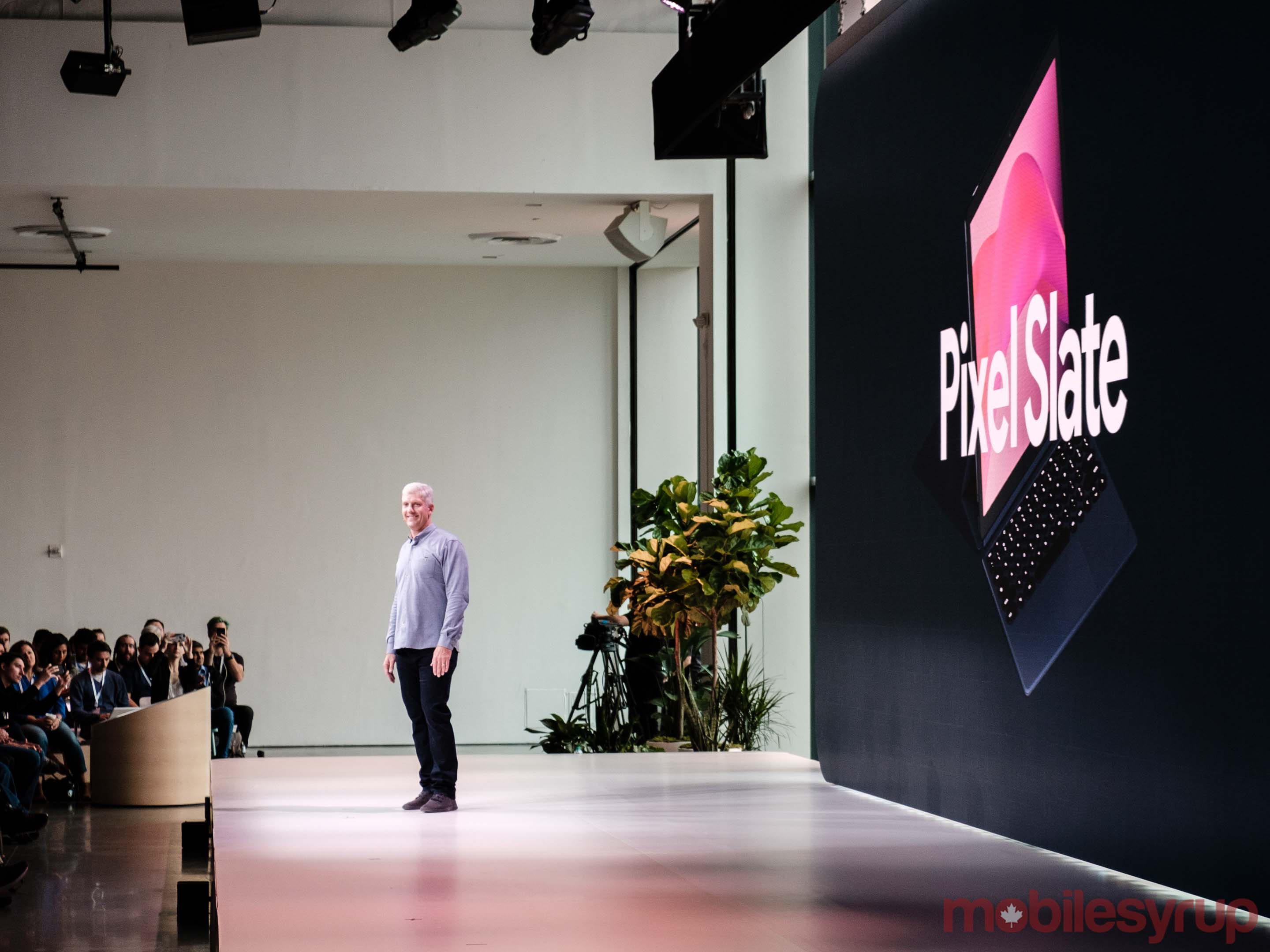 Since the tablet runs Chrome OS, virus protection is built-in to the device and updates are pushed automatically. Google’s Titan C security chip is built-in as well.

The Pixel Slate will be coming to Canada later this year and will be available through Google’s online store as well as at “major retailers.”

Interested consumers can join a waitlist to receive an email when the 2-in-1 is available.

The Pixel Slate starts at $849 and comes exclusively in ‘Midnight Blue,’ while the Pixel Slate Keyboard will cost $259. The Google Pixelbook Pen is priced at $129.