It's unclear when the Home Hub will be released in Canada 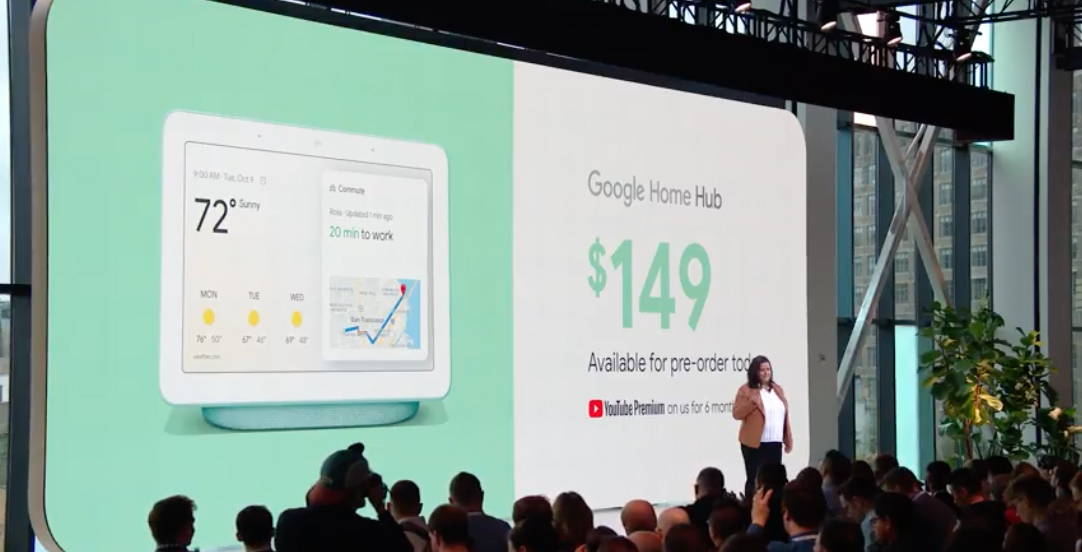 Google says that the Home Hub aims to create “a more helpful, thoughtful home” by giving users the ability to view responses from Assistant, rather than just hear them like with they do with the Mini or standard Home.

Specific Google services like Search, YouTube, Maps, Calendar and Photos have all been adapted with the Home Hub’s display in mind. 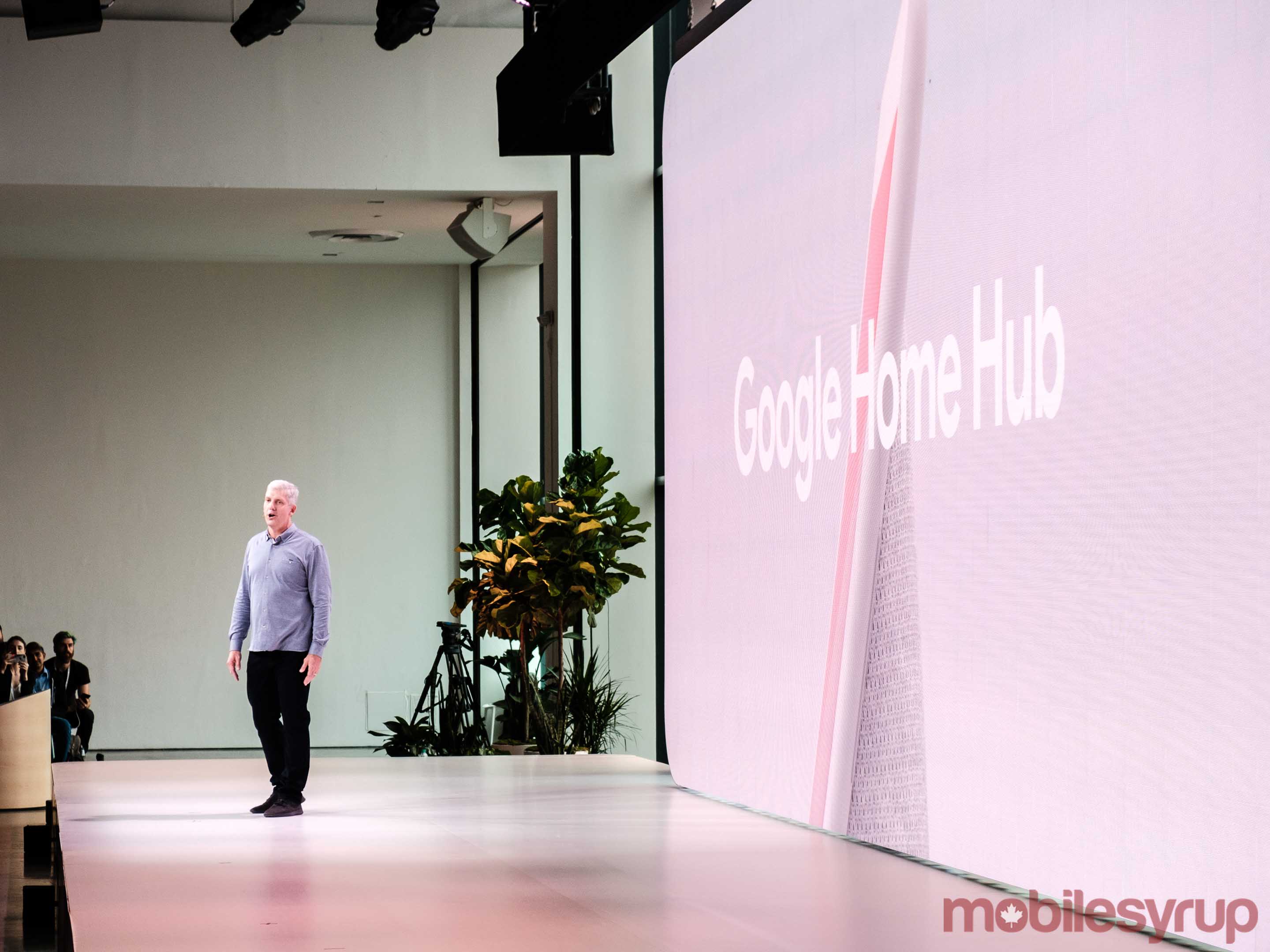 Further, Google says that the smart home device will feature “deep integration” with Nest devices. Google also says that Hub’s display is capable of adjusting to the ambient light present in a room thanks to a dedicated sensor that shifts the screen’s colour in real-time.

Unlike the Echo Show, which is finally coming to Canada, as well as Facebook’s recently announced Portal smart home assistant, there isn’t a camera featured in Google’s Home Hub. 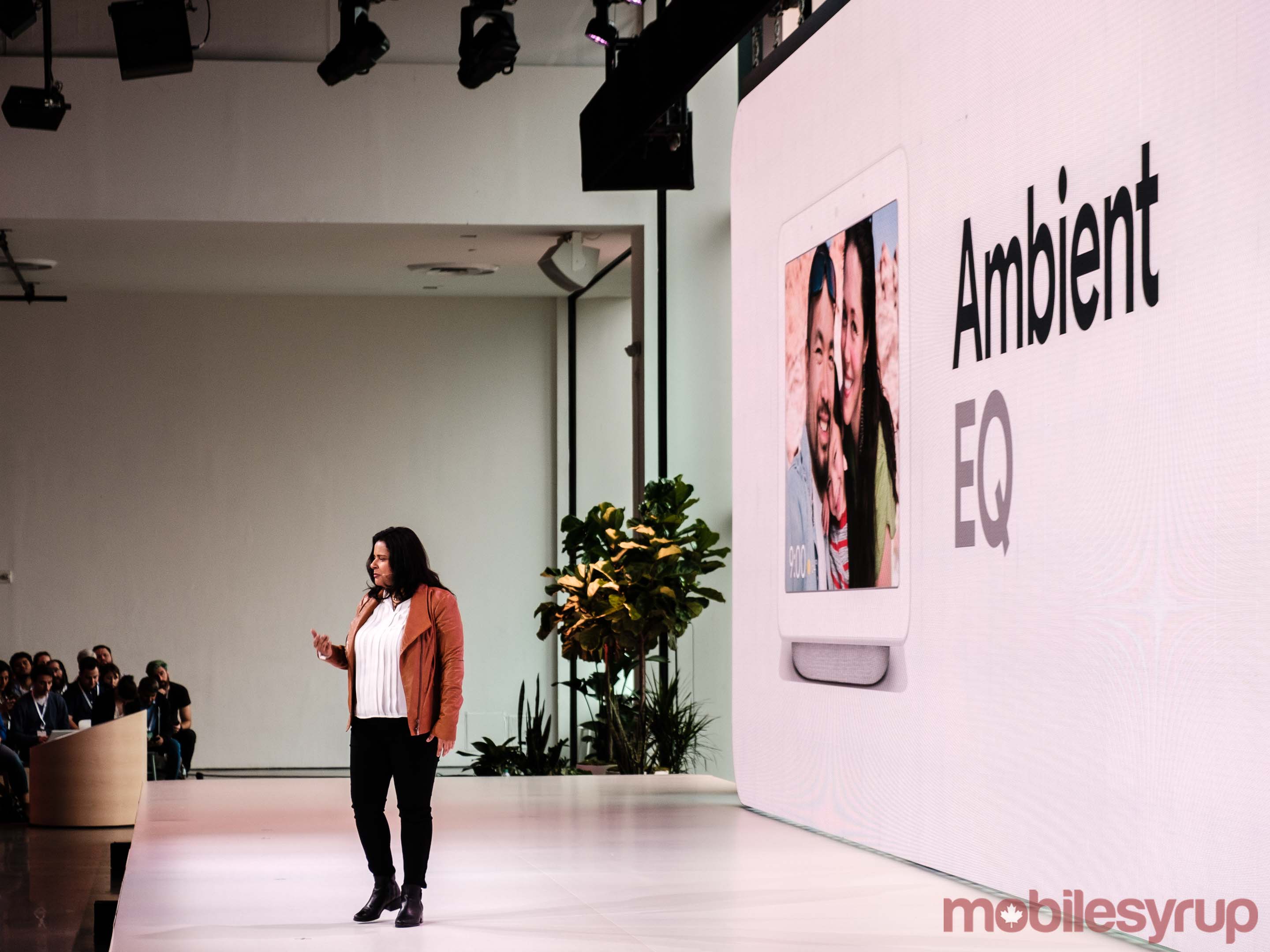 During Google’s keynote, the company showed off a new recipe feature, suggesting that the Home Hub would work well in a kitchen, as well as emphasizing the device’s ability to play YouTube videos. The Home Hub is also capable of supporting Google Voice Match feature, allowing it to recognize specific users’ voices in order to pull up specific information like calendars, reminders and commute times.

The sleek-looking smart home device sticks closely to the standard Google Home device design language, though there are new colours available this time around, including ‘Mint,’ ‘Pink,’ ‘Charcoal,’ and ‘Chalk.’

What do you want to know about the new Google Home Hub? We’re answering your questions right here in the comments. #madebygoogle pic.twitter.com/ltH6wKtqRX

It’s unclear when Google plans to bring the Home Hub to the Canadian market, with the tech giant only stating that the device “won’t be available in Canada at launch.”