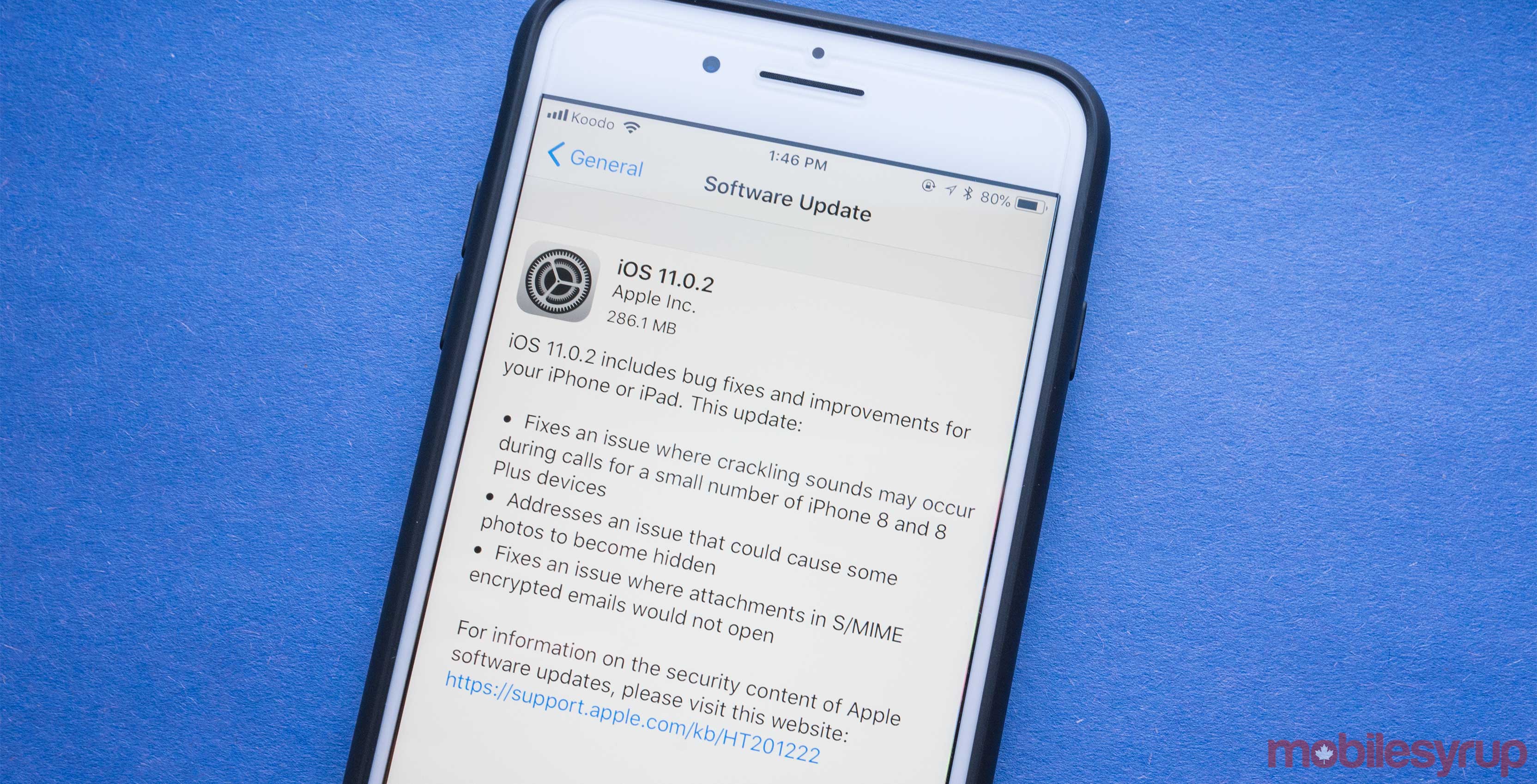 Recent data published to Apple’s developer website reveals that iOS 11 has now been installed on 85 percent of iPhones and iPads, just ahead of the release of the next major version of the operating system, iOS 12.

Of the remaining iPhones compatible with iOS 11, only 10 percent of devices are running iOS 10. Further, Apple’s chart also indicates that just five percent of iOS devices are still running an earlier version of iOS, though it doesn’t break down what specific versions of the mobile operating system these devices are using.

Eighty-five percent of devices running iOS 11 is a nine percent improvement from the 76 percent Apple reported back in April. This report also indicated that 19 percent of compatible devices were still running iOS 10 and that just five percent were on earlier versions of the mobile operating system. 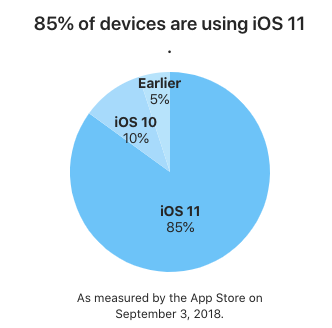 Apple’s data doesn’t indicate precisely how many devices are running each version of the mobile operating system. This data is accurate as of September 3rd, according to Apple.

The tech giant is currently beta testing iOS 12, the latest version of the company’s mobile operating system. The final public version of Apple’s mobile operating system is expected to release during or soon after the tech giant’s ‘Gather Round’ fall hardware event on September 12th. iOS 11 is compatible with iPhones dating back to the iPhone 5S, which was initially released back in 2013, and iPads running all the way back to the first-generation iPad Air, a tablet that first dropped in 2013.

While not exactly a fair comparison given the wide range of manufacturers running Android on their smartphones, Google’s Android Oreo distribution numbers expectedly pale in comparison to what Apple has experienced with iOS 11.

At its upcoming keynote, Apple is expected to reveal the iPhone XS and the Apple Watch Series 4.