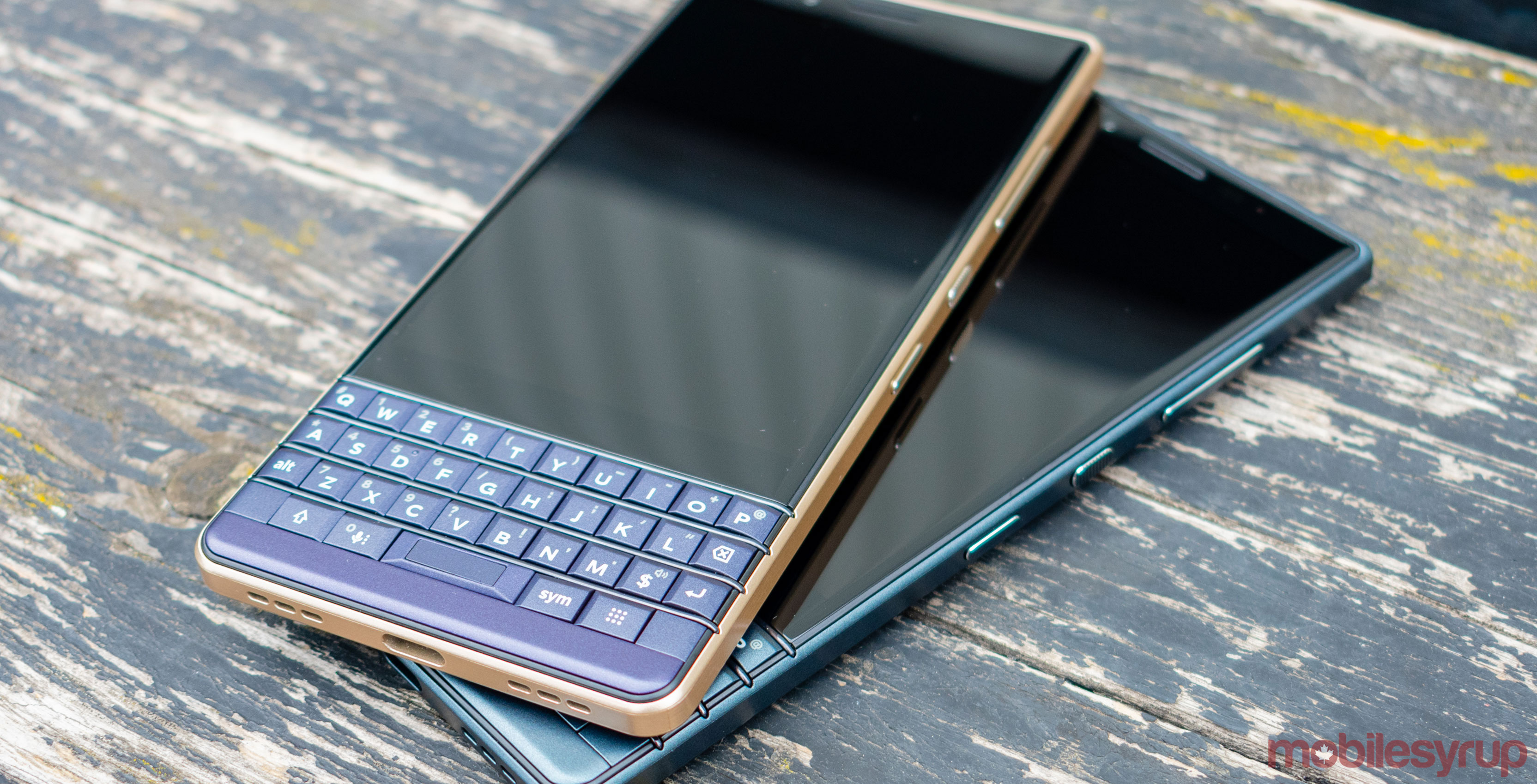 Stop me if you’ve heard this one before. The new BlackBerry is lighter than its older sibling. It also has a smaller battery, less RAM, a weaker processor and is made out of cheaper materials. In all other respects, however, this new device is undeniably a BlackBerry.

No, it’s not 2007 and no, TCL-owned BlackBerry Mobile hasn’t released a formal update to the incredibly popular Curve series of smartphones. Still, it’s tough not to think of the new and awkwardly named BlackBerry KEY2 LE as the successor to Research In Motion’s Curve devices.

Both devices represent cheaper alternatives to more powerful BlackBerries and are designed to fill the mid-range niche created by the presence of a bigger, better BlackBerry. Moreover, like the Curve during its time, the $519 and $599 price tag for the 32GB and 64GB models, respectively, means that the new KEY2 LE is far more reasonably priced than the $830 BlackBerry KEY2.

The more things change, the more they stay the same 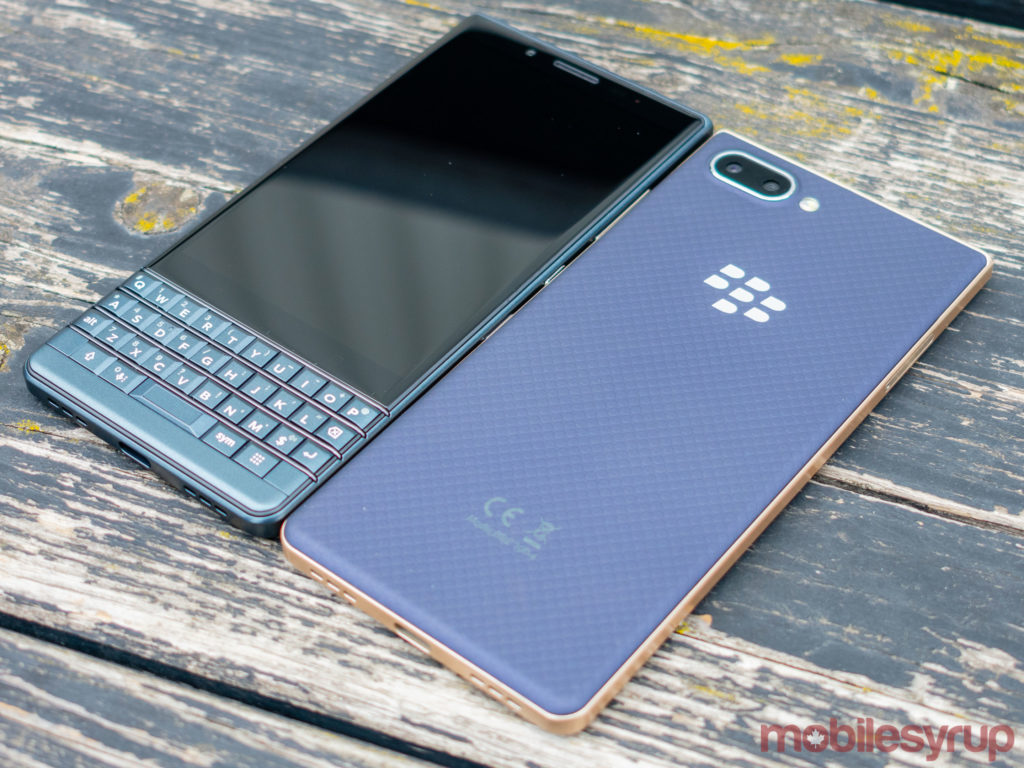 At first glance, the BlackBerry KEY2 LE is almost indistinguishable from the original KEY2 smartphone.

Additionally, the KEY2 LE features a similar overall design language as the KEY2. There’s a Speed Key, a Convenience Key, a fingerprint sensor embedded into the spacebar, as well as a dual-camera setup.

However, that’s pretty much where the similarities end. 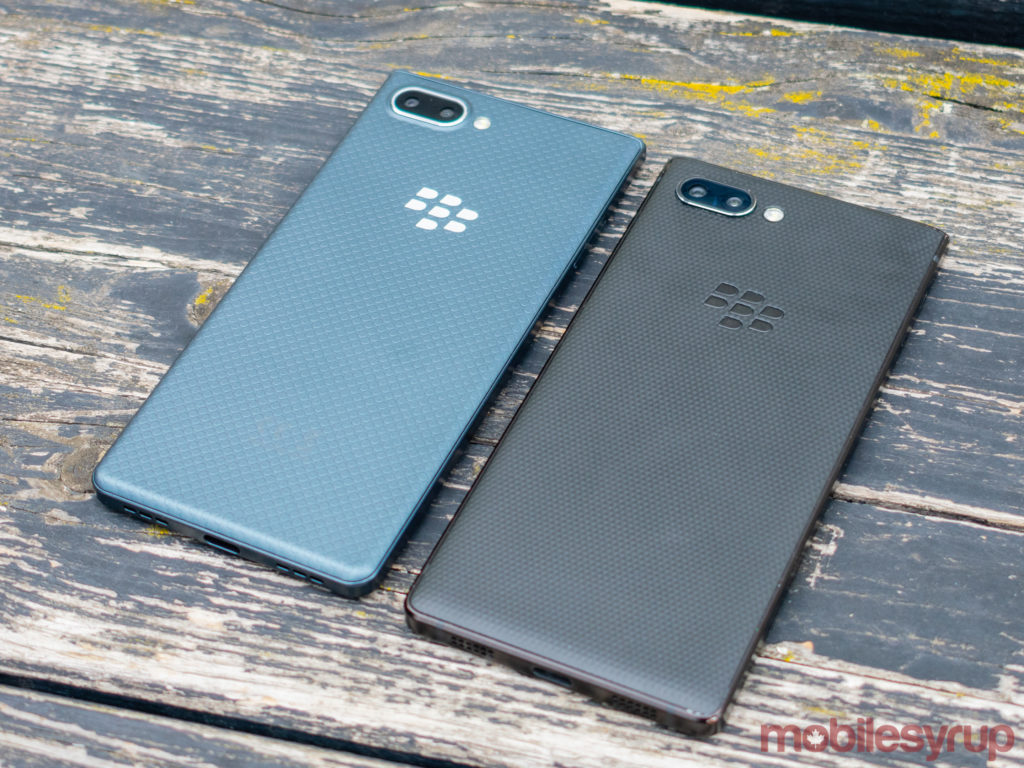 Having not had very much time to test the BlackBerry KEY2 LE’s camera, it’s tough to comment on the quality of the photos and images produced by BlackBerry Mobile’s latest smartphone. 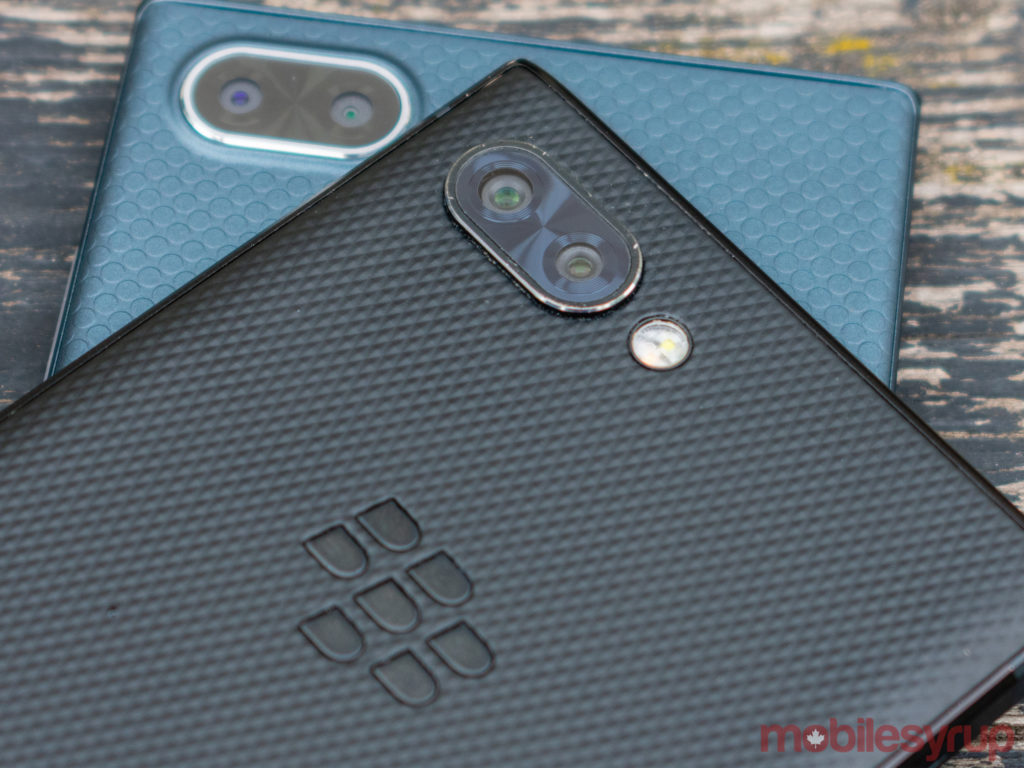 What’s not been removed, however, is the KEY2’s Speed Key. Just like with its older sibling, users will be able to map all of the KEY2 LE’s 35 physical keys to enable shortcut access to a variety of different apps and functions. 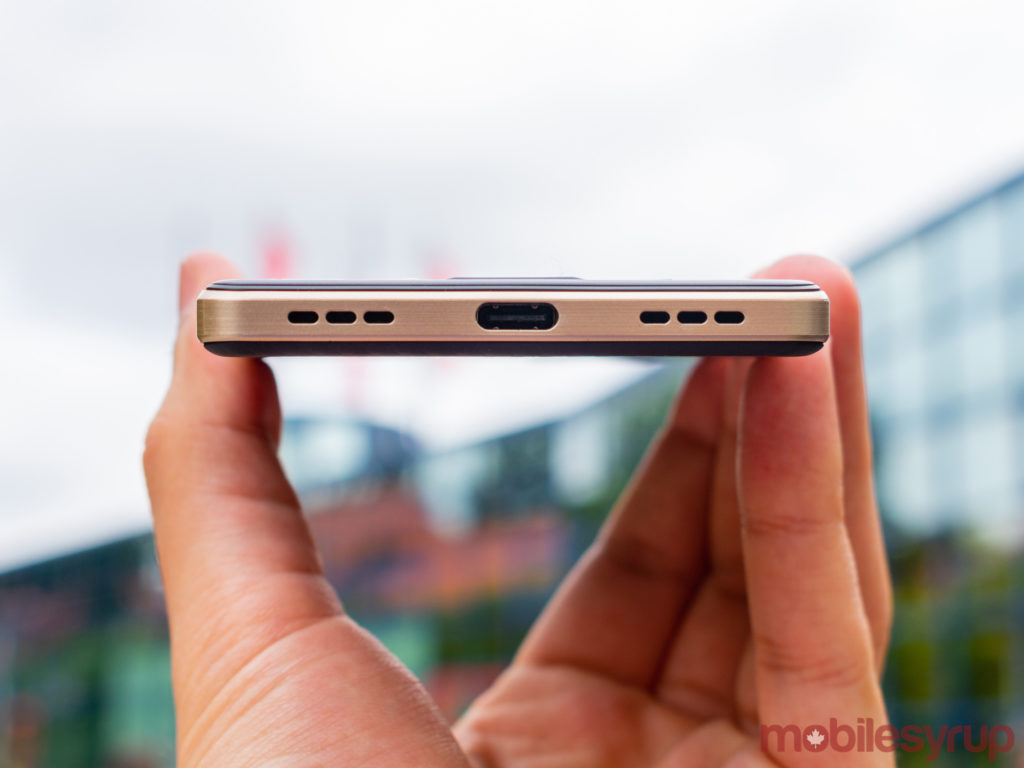 I should be clear: it’s not that the KEY2 LE feels like a cheap phone. It’s just that it feels less premium than its KEY2 sibling. 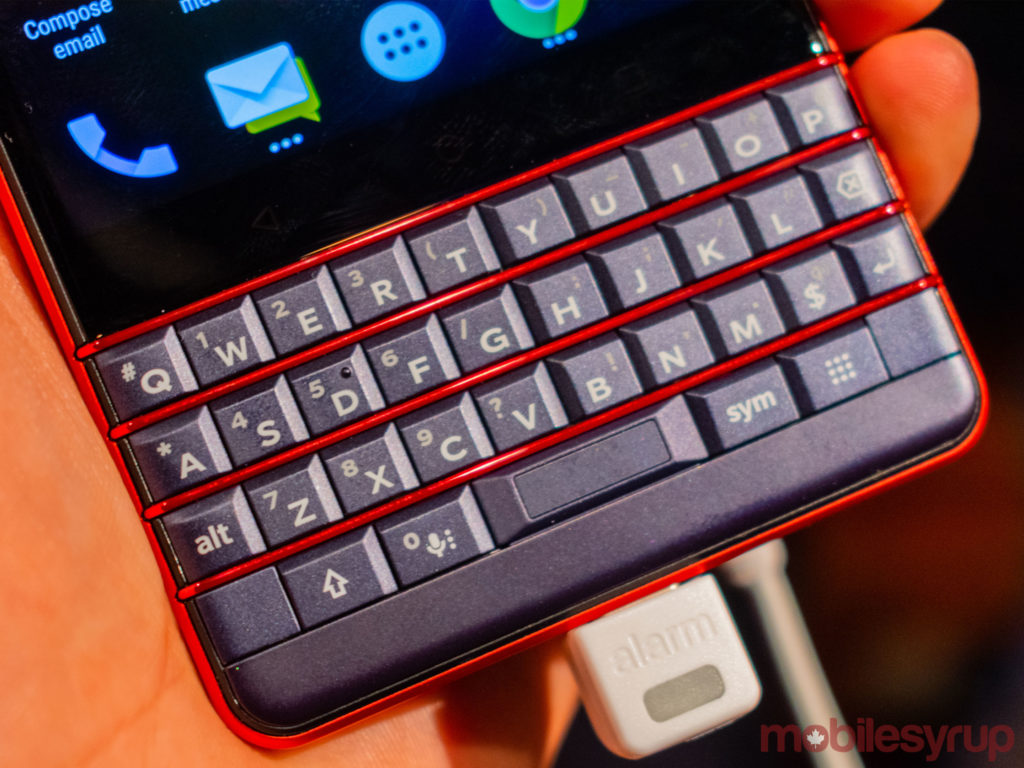 The KEY2 LE is also approximately one millimetre shorter than the BlackBerry KEY2. This is a difference so minor that it took a TCL executive placing the two devices side-by-side to convince me. Truth be told, I’m still not entirely sure I’m convinced.

While TCL calls it Atomic, the rest of the world will no doubt describe this particular colour for what it is: red. It’s certainly a striking phone, but TCL wouldn’t divulge whether Canadians will be able to buy the phone in this colour once the KEY2 LE eventually launches in the Great White North. 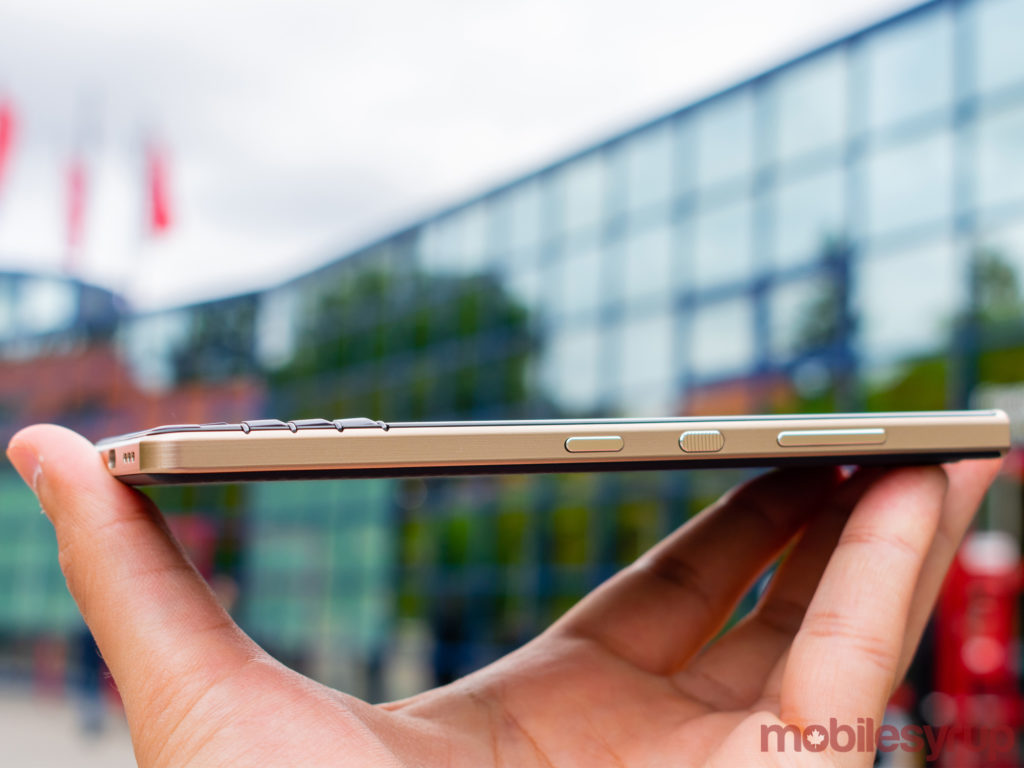 In terms of the overall software experience, TCL hasn’t introduced any substantially drastic changes to the BlackBerry KEY2 LE.

Perhaps the most notable new software tweak is the ability to activate the Google Assistant and Google Lens by long-pressing and double-tapping the Convenience Key, respectively.

The KEY2 LE can also clone certain social media apps, like Instagram, to allow users to set up personal and professional accounts. It’s worth noting that Instagram already lets users sign in to multiple accounts using a single app, so the utility of this particular feature isn’t immediately clear. 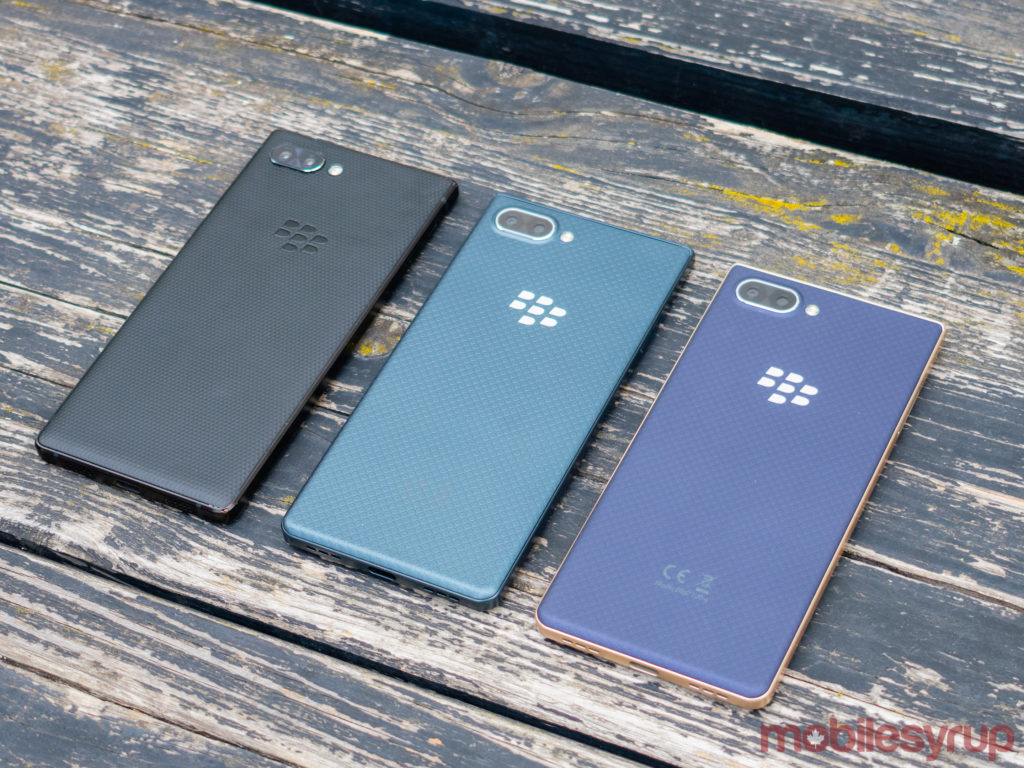 Additionally, KEY2 users shouldn’t feel left out. TCL executives at the IFA 2018 conference in Berlin, Germany were quite clear that any new software features set to launch on the KEY2 LE will eventually arrive on the KEY2 through an over-the-air software update sometime in the future.

Equally unclear is precisely when Canadians can expect to purchase TCL’s latest BlackBerry-branded handset. TCL executives and representatives were hesitant to reveal any timeframe for the device’s eventual launch and carrier availability.