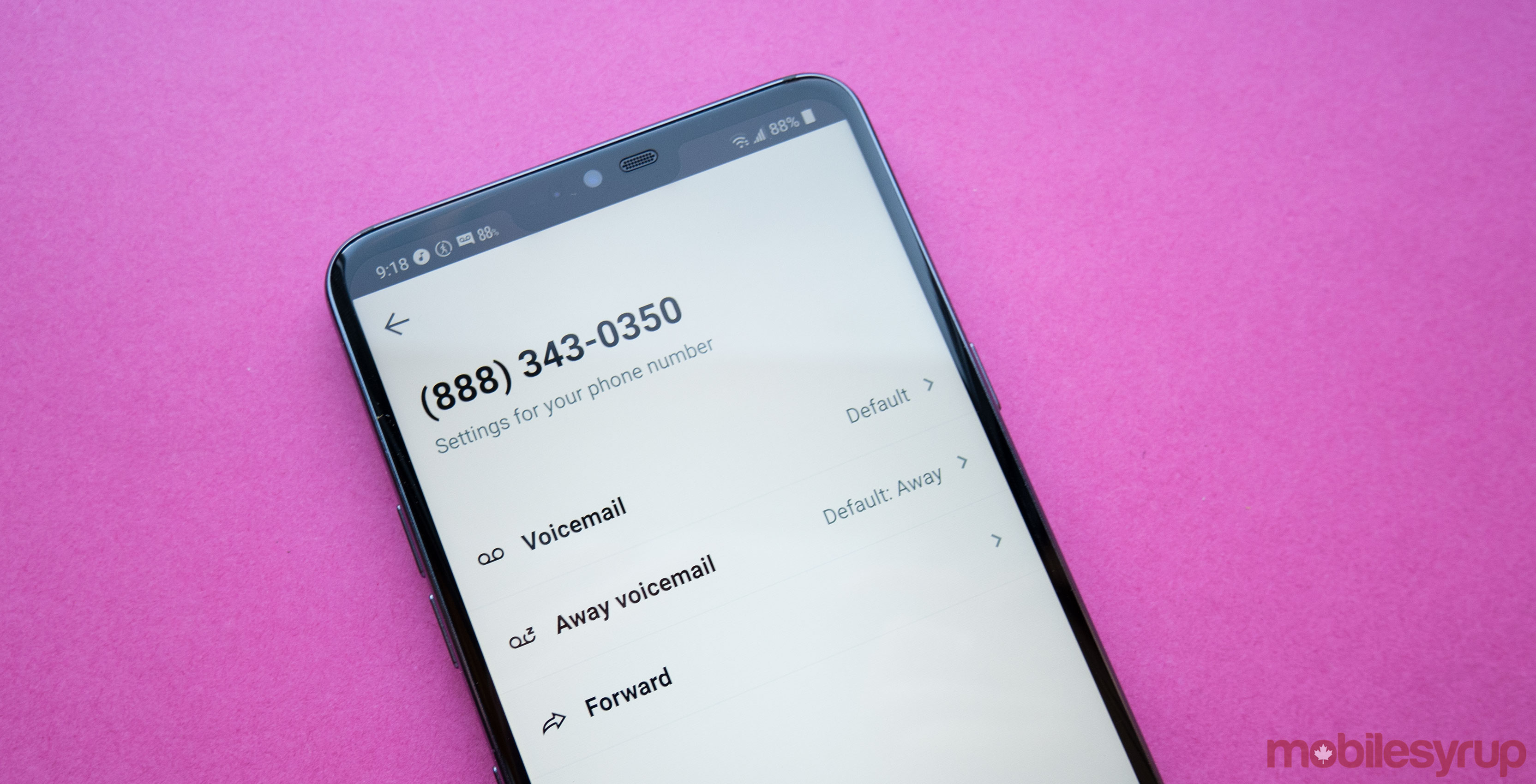 And that’s not just because making and selling a quality product is difficult — a large part of the challenge is simply communicating with customers.

Many small business owners user their personal phones as business phones, which can pose a number of issues. For one, it muddies the line between work and personal life conversations. Additionally, it leaves the onus on a single person to be the main line of communication.

OpenPhone is an application that provides users with access to a local or toll-free business phone number for $12.49 CAD per month. Currently, the app allows for users to share a phone number across various phones (there’s no set limits for account sharing just yet) for calling and texting. Features include concurrent calls on multiple devices, call forwarding and transcribed voicemail.

Trying out the app, I was impressed by its simplicity and ease of use, considering the business phone functionality, built on Twilio’s virtual phone infrastructure, is still in beta.

“We’re testing this out with our customers,” Kulya told MobileSyrup in an interview. “We think it will take a couple of months before it leaves beta.”

OpenPhone hit the iOS App Store in January of this year, while it came out on Android just a few days ago on June 15th.

Currently, the services’ main competitors include some pretty major business voice-over-IP (VOIP) services like Phone.com and Grasshopper. However, Kulya said existing solutions are more complicated than OpenPhone — which is hard to argue, considering the minimalism of the app. There’s a matching downside, though. For now, it still offers less features than some established VOIP brands.

However, OpenPhone’s ambitions are to become more than just a virtual business phone number provider.

“Over time, we’ll integrate with Facebook and email,” she noted, adding: “The idea is, one very simple app, where you can get a full 360-degree view of all your customer interactions.”

Kulya said these additions will likely reach the app within the next year.

She added that bring together multiple lines of communication together into one easily-checked platform can help entrepreneurs capitalize on their customer leads.

“We’ve seen small business owners who earn the most money aren’t necessarily the most skilled at their craft,” said Kulya.

“They’re the ones who communicate most professionally and in a timely way.”