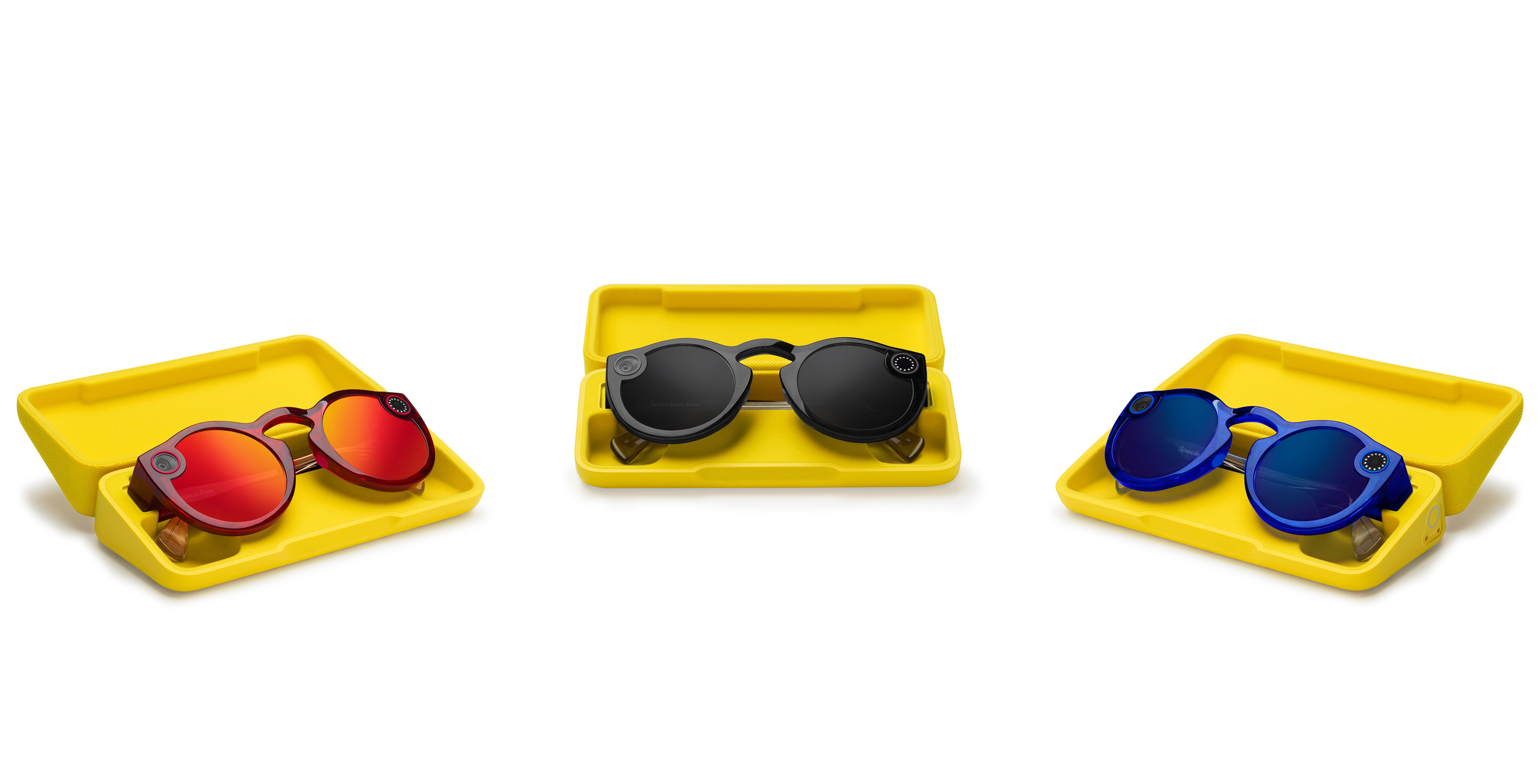 The wearable is available in three different frame and lens combinations: ‘Oynx Moonlight’, ‘Sapphire Twilight’ and ‘Ruby Daybreak.’ They’re priced at $200 and eligible for next-day shipping.

Snap also announced today that it’s adding the option for users to delete messages in Snapchat.

To delete something, simply tap and hold on a message or piece of media, such as stickers, audio and voice notes and memories, and select the ‘Delete’ option.

Once a message is deleted, other participants in the chat will receive a notification, telling them a message was removed. However, this won’t stop chat recipients from taking a screenshot of what you sent to them before it’s deleted.

Snap says the ability to delete messages will roll out to users across the globe over the next few weeks.