At WWDC 2018 I had the opportunity to go hands-on with the latest version of Apple’s ARKit 2 augmented reality development framework, shown off through a developer-focused demo called Slingshot.

Apple says ARKit 2 is the company’s third major revision of its augmented reality development platform released in the last nine months, placing an emphasis on the fact that this new version is focused on what the tech giant is calling “persistent experiences.”

This allows objects to be placed in specific locations and for them to remain in the same spot after you close the app. This is something Microsoft’s HoloLens headset has been capable of since the developer version of the device launched a few years ago, but marks the first time a mobile operating system has featured this technology, according to Apple.

While it’s unclear if Apple’s Slingshot demo will get a public release — or if it’s part of some sort of larger AR video game Apple is working on — the game is designed to give developers an idea of what ARKit 2, as well as mobile augmented reality on the iPhone, is capable of.

After a few minutes of technical difficulties related to setting up what Apple is calling a “shared augmented reality experience,” Slingshot was up and running. The aim of the game is to knock down your opponent’s Slingshots before they’re able to hit yours — sort of like a digital version of retro board game Siege. Between the two sides of the play space are AR wooden blocks that need to be knocked out of the way before you’re able to shoot balls at your opponent’s Slingshot. Apple says the game is capable of allowing up to eight players to face off simultaneously, but the demo I played featured just one other opponent.

Slingshot’s physics felt accurate and the experience’s controls were also impressively responsive, allowing me to fine tune the specific direction I wanted the ball to travel as I aimed around the game’s wooden blocks in order to hit my target. I did run into a situation where one of my slingshots didn’t seem to pull back properly, resulting in a glitch that made the digital elastic bounce strangely around. 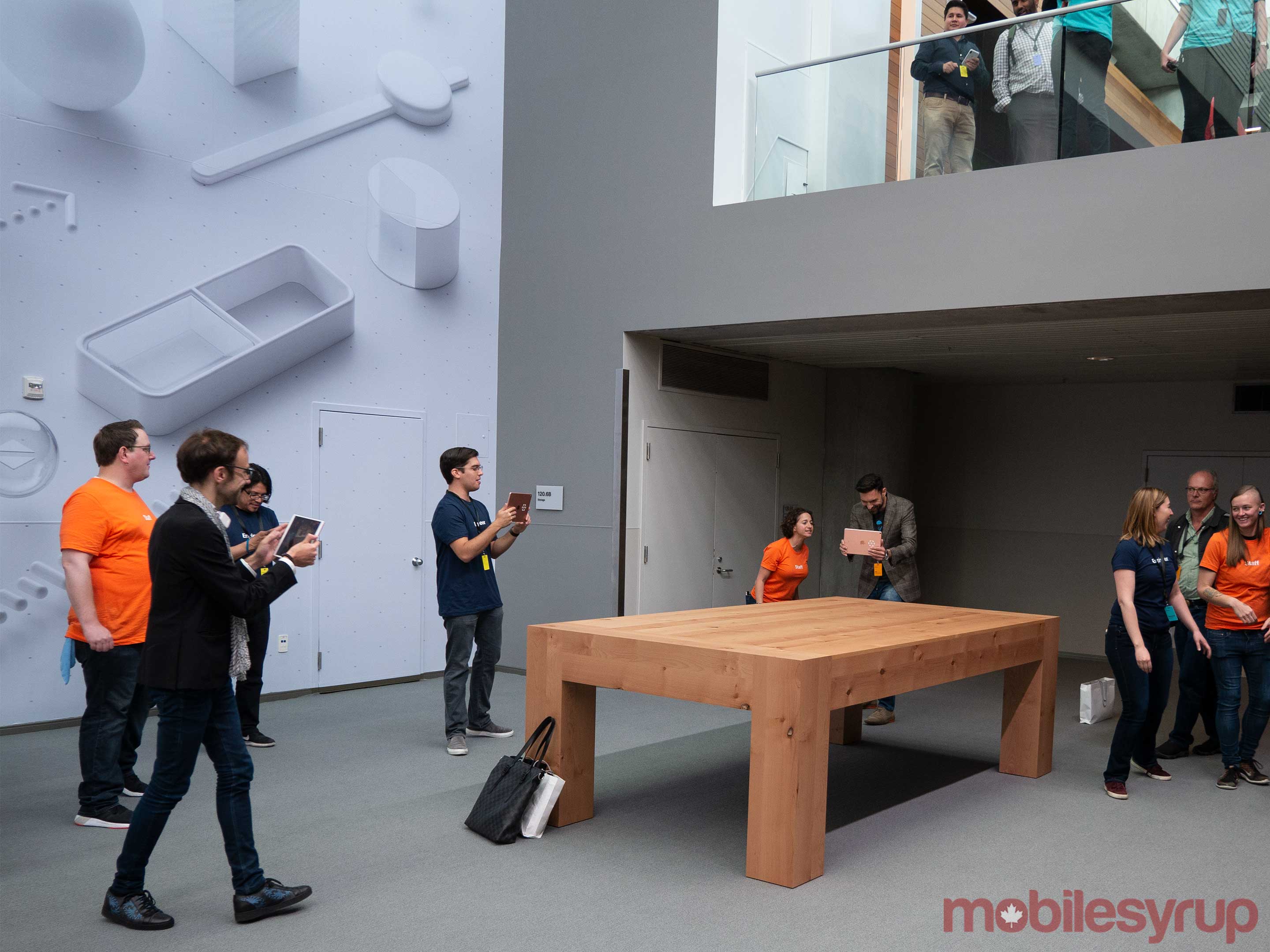 To change the direction the slingshot is shooting, I needed to constantly move the 9.7-inch iPad around to get a better vantage point. The app also made good use of the massive, Apple Store-like wooden table set up for the multiplayer experience’s play space. It will be interesting to see how well Slingshot performs when more variables are thrown into the mix like poor lighting or more importantly, a somewhat cluttered table with a few objects sitting on it.

It’s set to be fascinating to see see what developers will opt to bring ARKit 2 features to their games, with Canadian studio Uken Games’ Kings of Pool being the first example of a title that comes to mind. Simultaneous multiplayer AR pool feels like the perfect way to show off what ARKit 2 is capable of.

While the Lego demo shown off during Apple’s keynote presentation felt more like a comprehensive game in the traditional sense, and Slingshot amounts to little more than a tech demo, the prospect of multiplayer, mobile-powered augmented reality is exciting.

The social aspect to the game adds another layer to AR that could convince some iOS users on the fence about augmented reality to give the burgeoning technology a try.