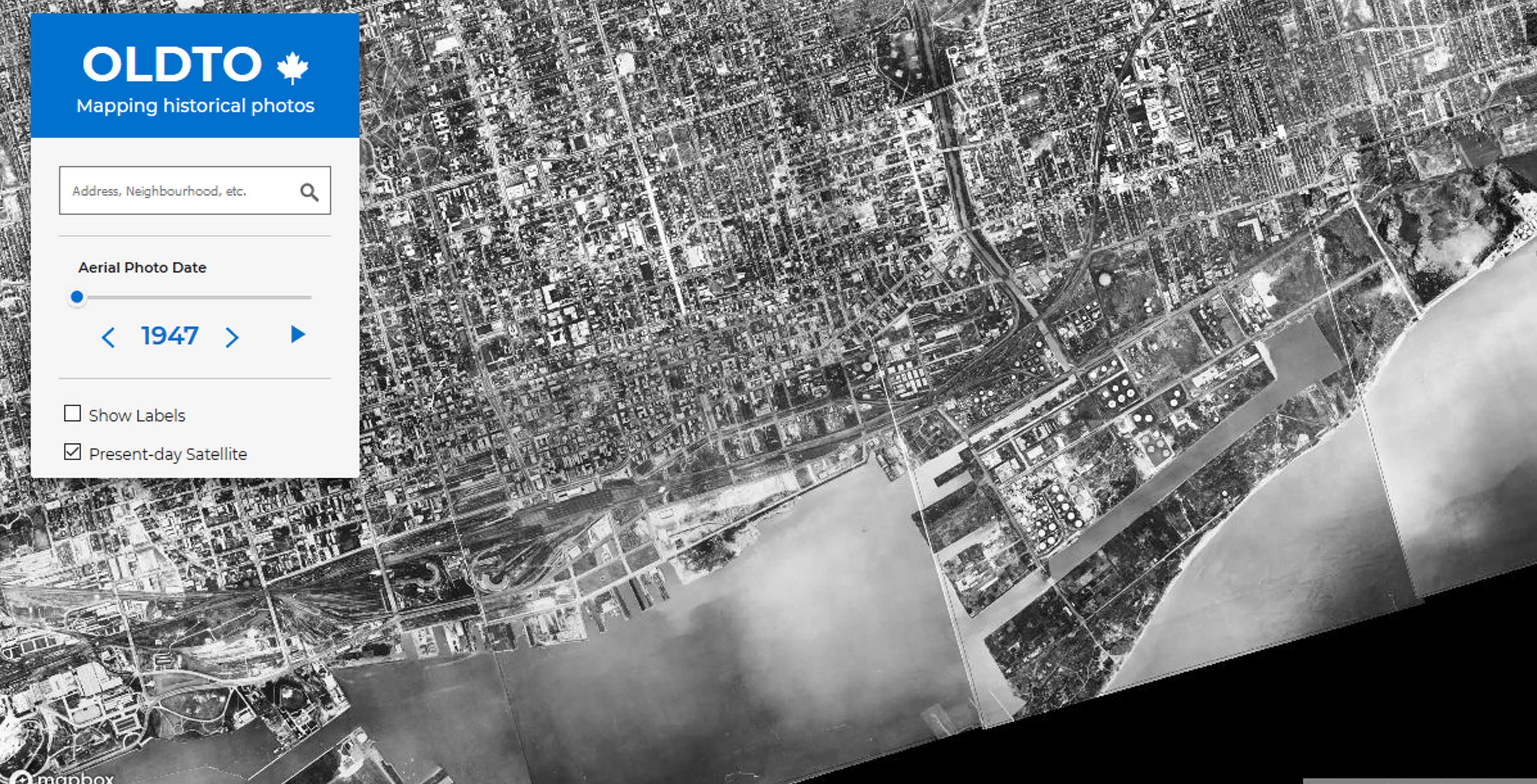 The roundtable was hosted at Daniel Spectrums, a community and cultural hub near Regent Park in Toronto. The roundtable brought eager participants together to discuss what Sidewalk Labs learned in the first roundtable, gather feedback on its Responsible Data Use Framework and give details on its work since March.

Some of that work was on the Old Toronto project, an interactive map project that lets you explore historic photographs of Toronto. The project, headed up by senior software engineer Dan Vanderkam, added two new features to the project. 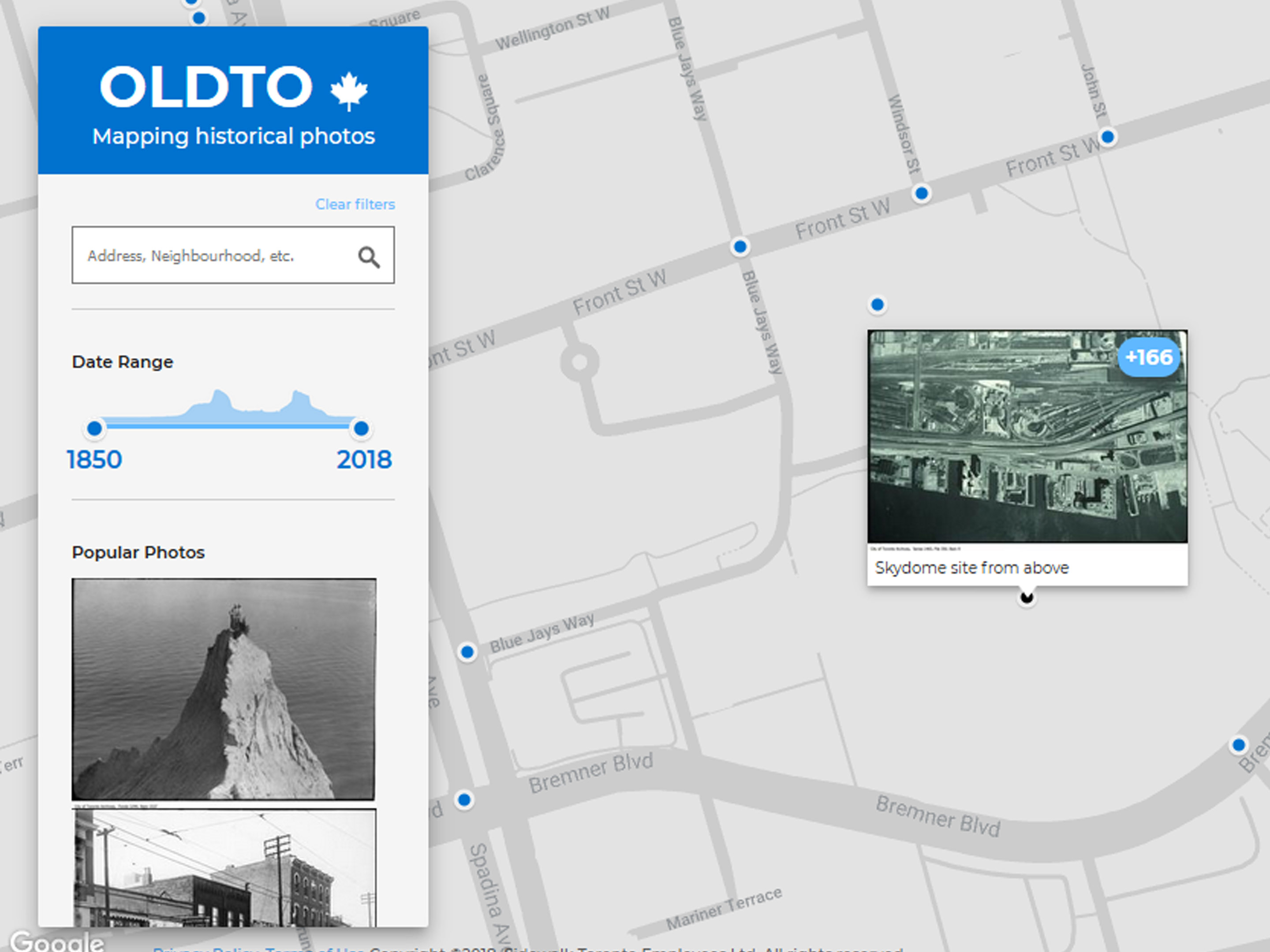 The first is a collection of aerial photos taken by plane throughout the years. Vanderkam and his team stitched together the aerial shots to form an overlay.

Using the app, you can see how Toronto looked from the sky in 1947, in the 80s and in the early 90s. The aerial map is overlaid on a Google Maps satellite view of current-day Toronto.

“The idea was that you take the photos and you find all the streets in them. The pattern of streets in each individual photo is a pretty good key to match it on the street grid today,” said Vanderkam.

However, some streets change and other streets disappear altogether. According to Vanderkam, enough streets remained unchanged to make it work. But missing streets aren’t the worst problem the team dealt with.

“Because the photos were taken from an airplane, the angle that they were taken at at the center of the tile and at the edge is actually a little bit different,” said Vanderkam. “There’s some stretching that happens and we actually figure out what that stretching was and try to correct for it.”

Along with their work on the aerial photos, the team added a feature that allows users to report incorrectly placed photos. The photos were placed using geographical information written in the descriptions, like addresses and street names.

“We think its about three to five percent that are not in the right place,” said Vanderkam. “We’ve gotten a lot of feedback on which ones those are and how we should fix them.” 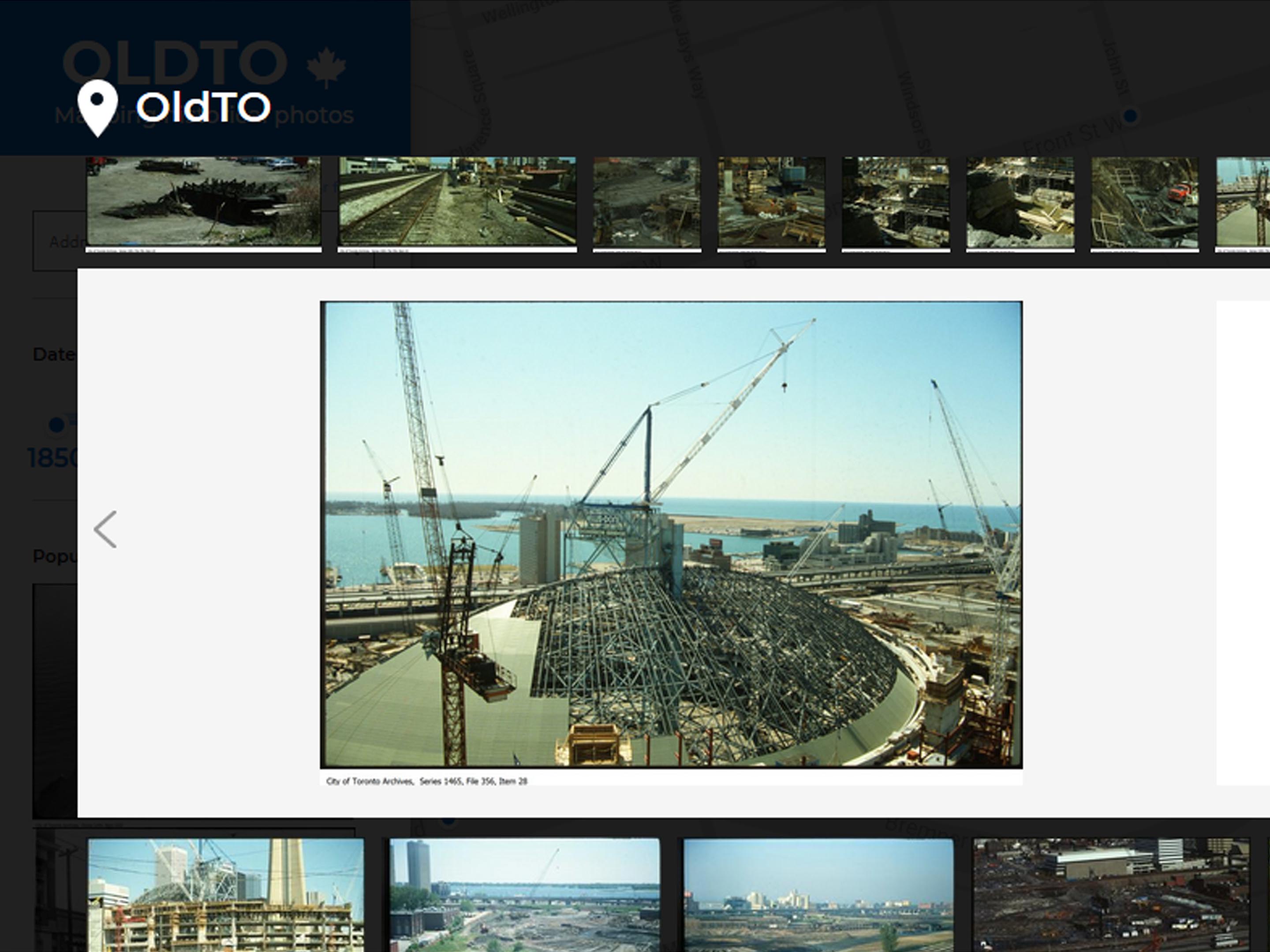 On top of all this, the project was open-sourced and uploaded to GitHub.

The team is excited about where the project is heading next. The team is talking with different groups with historic photos to add to the ones they’ve used from the Toronto Archives. They also want to add aerials from the 50s, 60s and 70s.

Vanderkam is speaking at a Civic Tech Toronto Hacknight on Tuesday May 8th to share some of the work he’s done on the project. He’s hoping to get developers from that group to play around with the data.

“I’m excited to see what people do with it.”