Voice controlled music in the car 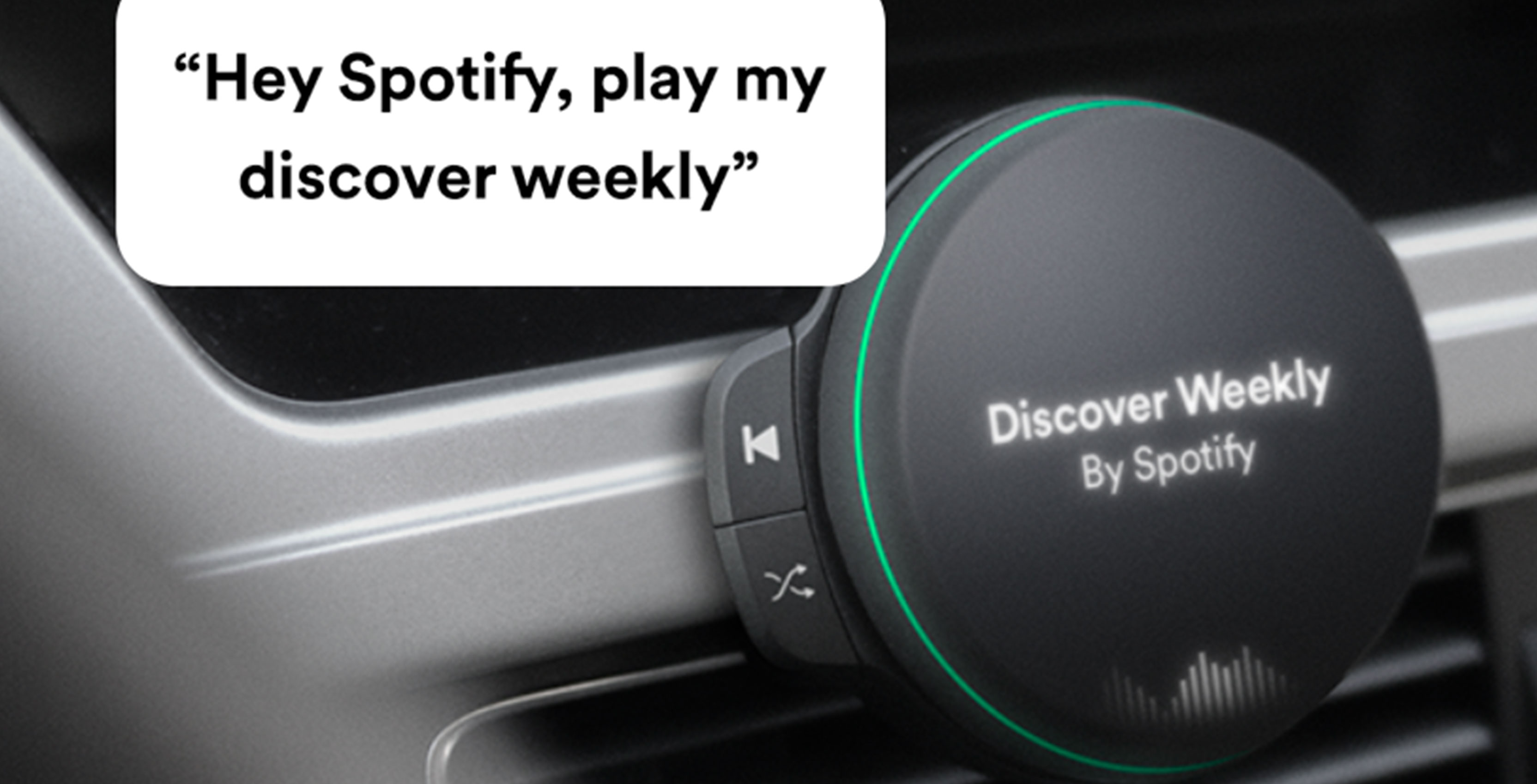 Some Spotify users have reported receiving a pop-up ad that shows a small music player device that attaches to a vehicle’s dashboard.

The devices look like a small green and black button that sticks to a cars dashboard and is mainly voice controlled. It features a small circular screen that displays what is playing and a few small buttons on the side, like a skip forward and back along with shuffle.

Users told The Verge they received this pop-up in February. Some reported that the service was advertised at $12.99 USD a month, covering the device and Spotify service. Others reported a $14.99 price point and support for Amazon Alexa.

Spotify is holding a news event on April 24th in New York City so there’s a chance this car device could be announced then. If it does, there’s only a slim chance the device will come to Canada right away, especially if it involves making deals with Canadian data service providers, because that process could be lengthy.