Gamify your to-do list with Habitica [App of the Week] 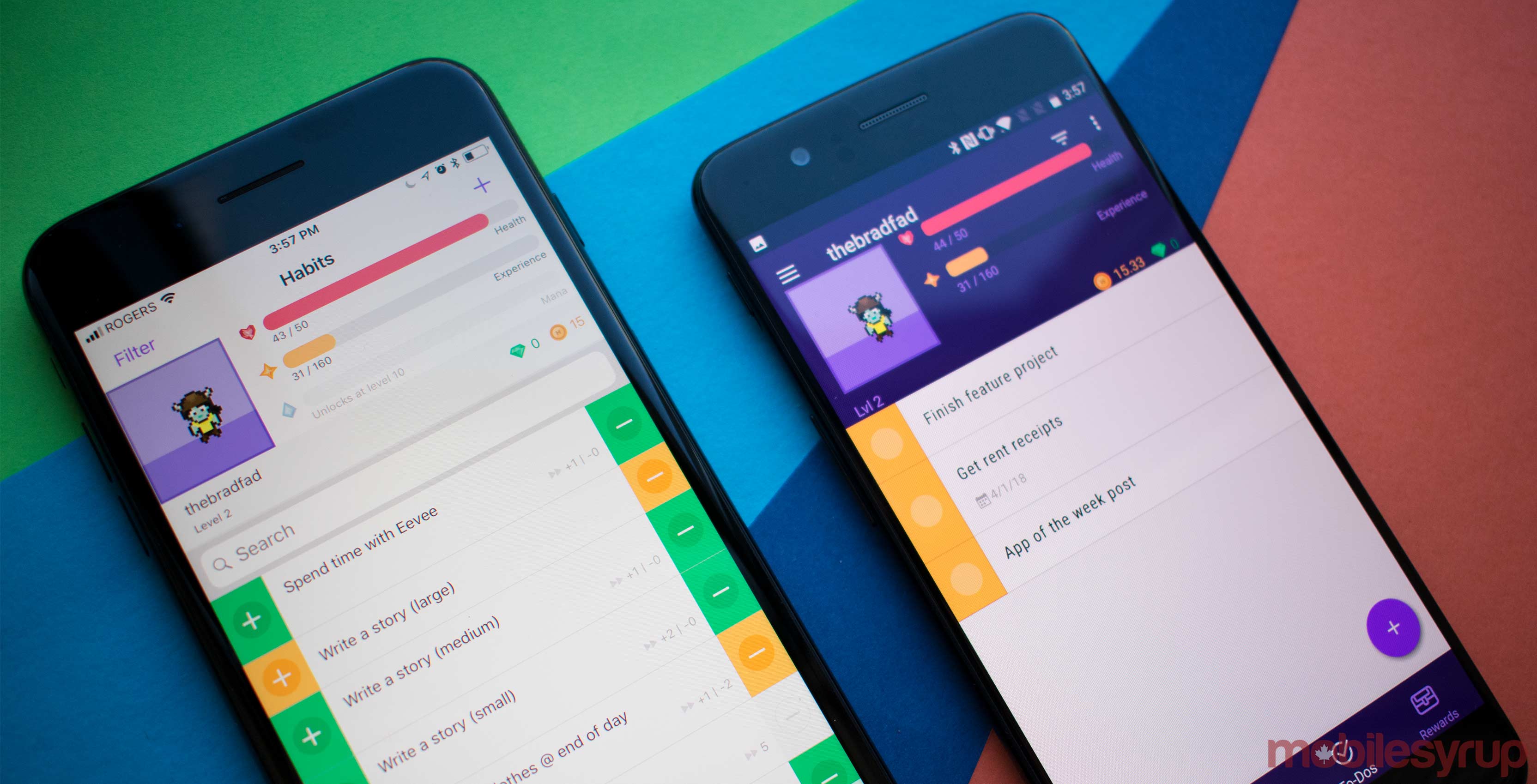 Habitica is, in essence, a to-do app that takes things further by adding addictive gameplay hooks and RPG elements.

Initially started as a Google Docs spreadsheet called HabitRPG, the app’s developers turned the concept into a website before a successful Kickstarter campaign in 2013 eventually led to the creation of a mobile app. In 2015 the app was renamed Habitica after the eponymous virtual game world.

To start off, Habitica’s users build a character from scratch. From there, users navigate to the game’s main screen. The main screen is set-up as a cross between a character status screen and a to-do list. The bottom half of the page displays habits, daily tasks, to-dos and rewards. 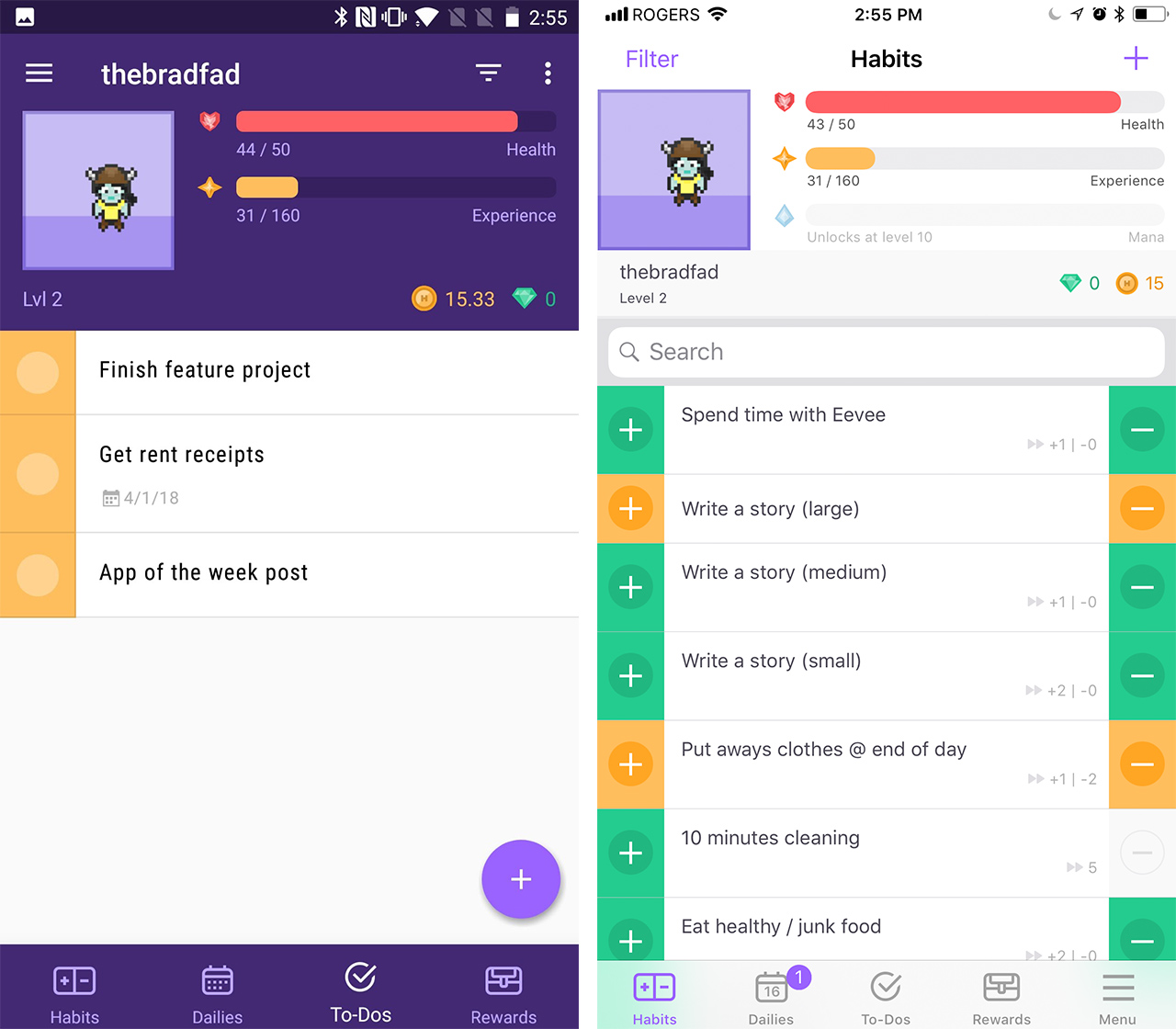 The ‘Habits’ section is fascinating and I found that it was what I used the most. You load it up with things that you do everyday; whenever you complete items on your list, you hit the plus button to receive some in-game currency, experience and skills. Whenever you fail to accomplish a task, you have to indicate that you broke the good habit by hitting the minus button — all of which causes your avatar to lose some health. When you set up your habits, you choose their difficulty — the harder the difficulty, the better the rewards.

The next panel is a list of ‘Daily Tasks’ that can be set to repeat everyday, every week, every month or every year. These can be things like taking a dog for a walk (daily), taking out the garbage (weekly), or sitting down and going over a monthly budget. Failure to complete a daily task within the time set time limit will result in lost health while completing ‘dailies’ gives your avatar a bit of experience and coins.

Finally, the last section is ‘To-Dos.’ These are supposed to be larger one-time tasks, like doing taxes or finishing a big project. 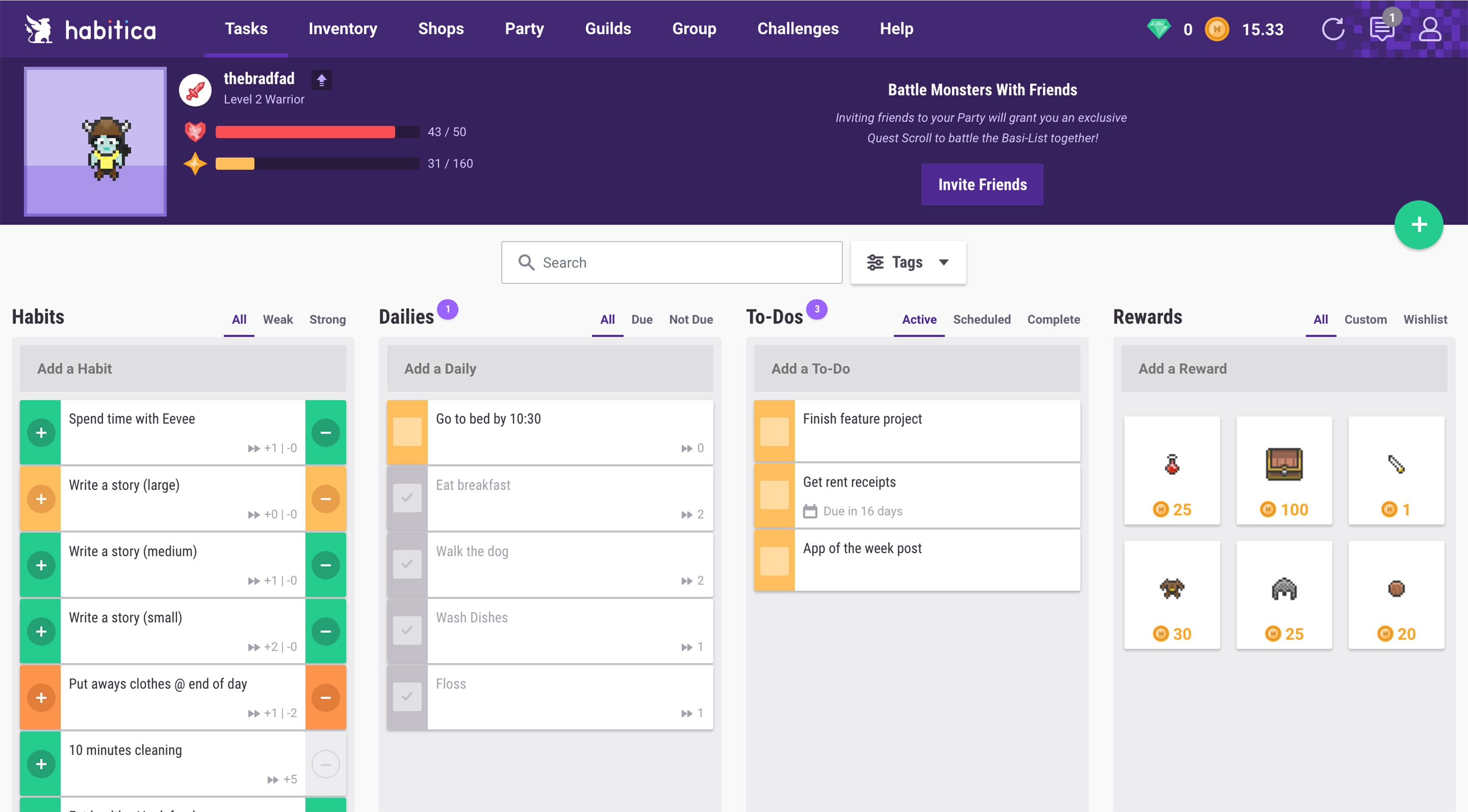 The game sections aren’t too difficult. They’re motivational, with fewer negatives and more positives. Users can even check into a virtual inn to pause their daily tasks.

Habitica is also open-source, so users can contribute code tweaks, design outfits for other users, contribute to the wiki and more.

Along with all the tasks and motivational elements, players can get involved in guilds, quests and many more game-type components that build out the game world.

Habitica can be downloaded on iOS and Android for free.