How Netflix is using apps to streamline movie and TV production 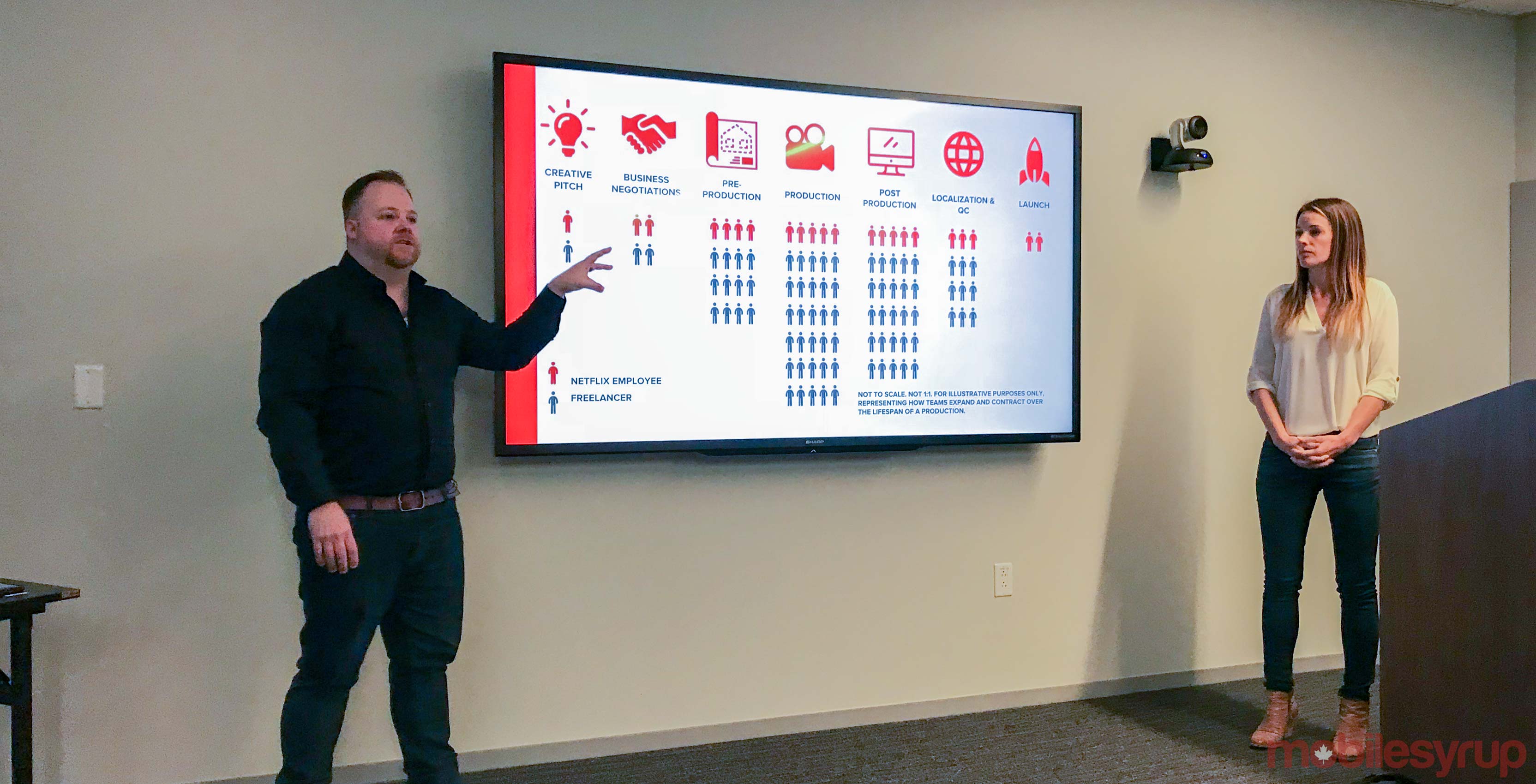 Hollywood may be a haven for the entertainment business, but its traditional way of managing content production is outdated, according to Chris Goss, director of studio technology at Netflix.

“One of the things that’s really challenging in our space is the fact that the business of content creation is very, very slow to adapt to technology production,” Goss said during the ‘Empowering Production with Technology’ panel in a press event at Netflix’s Hollywood office. “We just don’t see it. There’s not a lot out there.”

Because of that, Goss said that crew members can sometimes become inundated with managing the day-to-day business side of production, rather than focusing on the actual creative process. “We want to strip away the administrative operational burdens of content creation and enable our production crew and producers to put as much creative on the screen as possible for our subscribers,” said Goss. This is particularly important, Goss said, because productions regularly involve a wide array of talent, many of which are freelancers and therefore removed from how Netflix may operate. 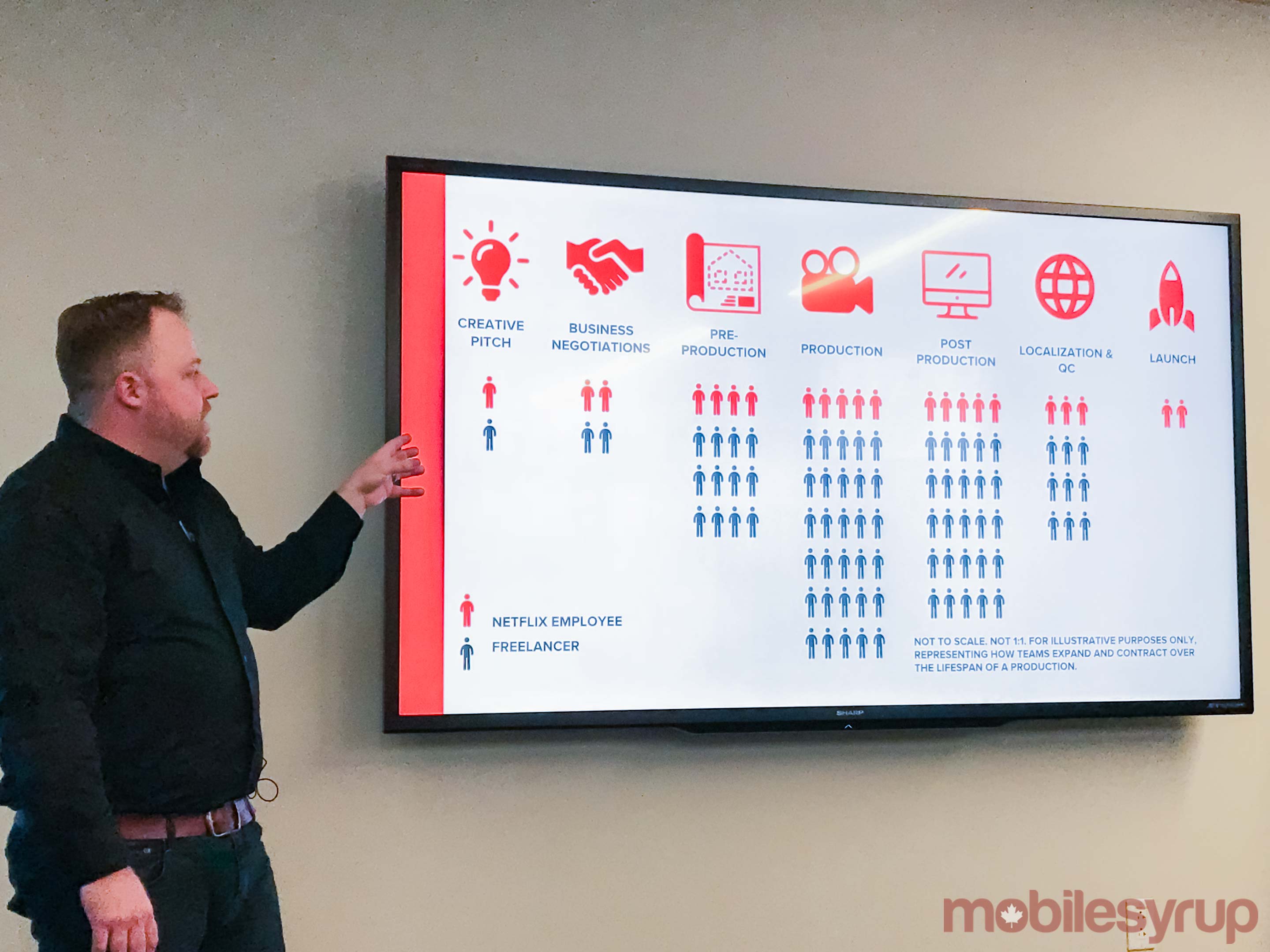 Indeed, Netflix produces a massive amount of content. In 2018 alone, the streaming giant will invest at least $8 billion on production, a number that rivals what major networks like Disney, Fox and Time Warner spend.

Given that massive output, Goss said Netflix wants to make the actual production processes as easy as possible to maximize the amount of creative output and freedom crew experience. With that in mind, Netflix aims to incorporate technology into as many levels of production as possible. “Many companies see technology as ancillary; we see it as integral,” said Amie Tornincasa, manager of studio technology at Netflix.

To that end, the company says it is has developed an ecosystem of applications powered by a program called Prodicle, which all aim to address one central question: ‘What is happening on set?’ Netflix is currently working on at least six apps for Prodicle, with the company detailing the first app it has been piloting, known as ‘Move’.

In a video demonstration, an example was given featuring Travis, a hypothetical assistant director on a given production. With Move, Netflix says Travis can manage various aspects of the production in-app, such as notifying all crew members involved from one scene to move from one scene to the next.

Throughout the entire production, crew members will receive real-time notifications to let them known what is happening on set, including detailed scene information, sides (pocket-sized scripts for specific scenes) and a day’s overall schedule (called a “call sheet” in production).

Because this information may vary depending on a crew member’s given responsibilities, Move will also aggregate all users’ data to put into a wrap report for the assistant director at the end of the day. Previously, all of these tasks have been handled manually, typically through a traditional pen-and-paper process.

“Move is introducing a completely new workflow that doesn’t exist today,” said Tornincasa. “It satisfies a lot of needs of the production crew. If you think about how many people now have smartphones — this is a hardware infrastructure that we can take advantage of to have really great, real-time collaboration between production crew.”

Tornincasa said Netflix began piloting Move in November 2017 and has since used the app in 10 productions, including the second seasons of Glow and A Series of Unfortunate Events. During this time, she said Netflix has continued to iterate on the apps, particularly in response to production crew feedback. As an example, she pointed to how production crew asked for the ability to receive SMS messages from Move on the second day of piloting the app. According to Amie, all engineers were given access to such a feature within 24 hours.

When asked where tools used in both Netflix and general productions outside of the Prodicle apps have gone wrong in the past, Goss said they may have suffered from too much ambition. “A lot of solutions tend to be an ecosystem [that’s] an all-in ecosystem, where we get pitched a product and in order for adoption to happen and for it to be beneficial, the entire crew has to use it and change overnight,” Goss said. 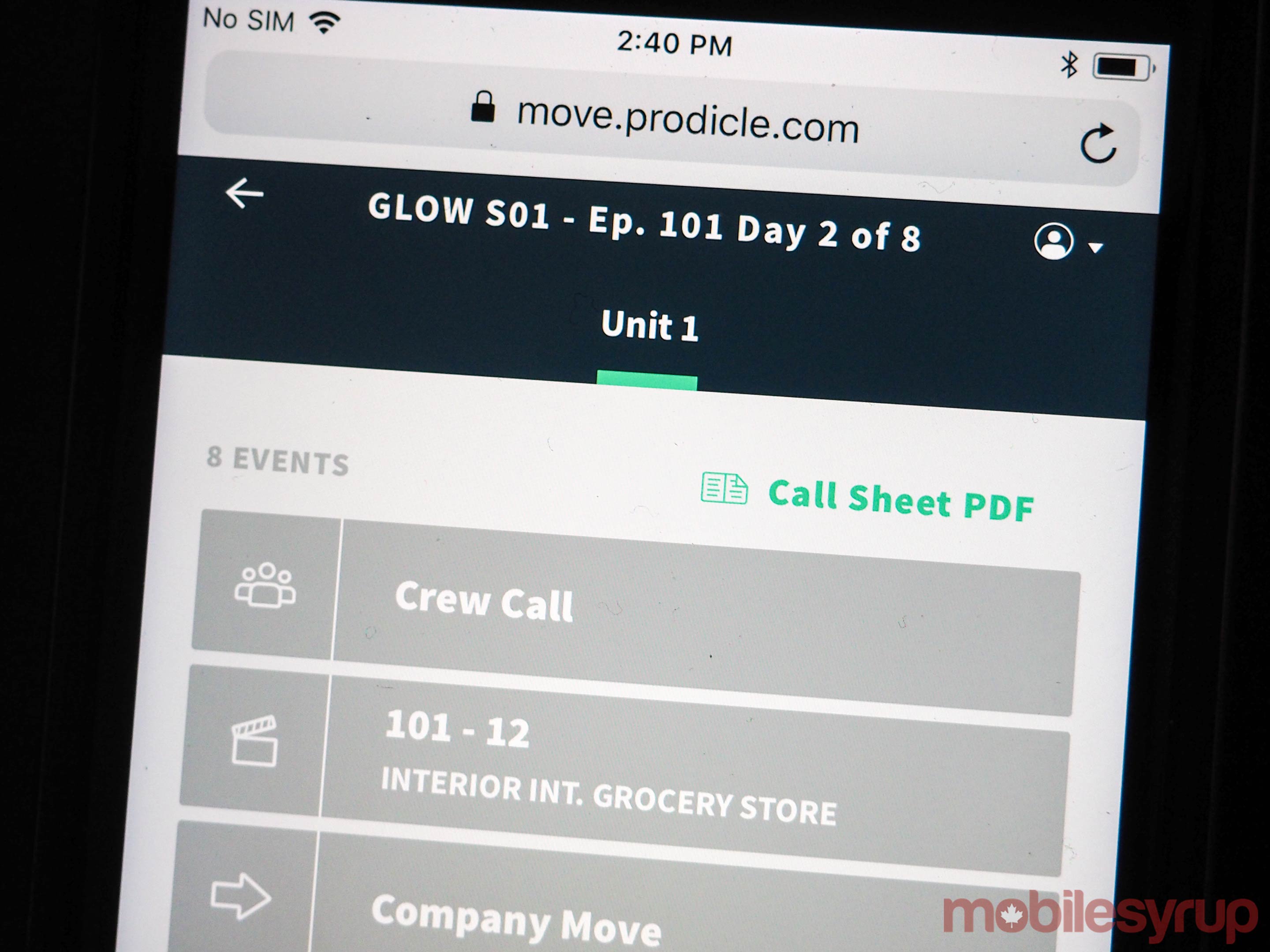 Goss said that changing the nature of how people work can be a challenging process — one that must be addressed very carefully. “In a typical company, you have time to learn how that all gels together; on a production, you don’t have any of that time, so you resort to the basics, like a fax machine or email or a text message,” Goss said. “In order to change the workflows, we’d have to go to those 800 people and say ‘the way you did this yesterday, you’re doing it this way today.’ Introducing new technology [there] is very hard.”

With Move, Goss said Netflix has incrementally introduced “pieces” of the larger Prodicle ecosystem to help ease users into that whole process. Tornincasa added that Netflix will continue to collaborate with users on Move and Prodicle as a whole to make improvements and maximize production efficiency.

“Our success in this space will be to not just build simple, theoretical solutions to use, but ensuring the adoption of those and productions actually want to use them is our driving force when we build these products.”