In an effort to show off the AI computing power of the silicon in its Mate 10 Pro, Huawei chose an interesting challenge: it turned the device into a semi-autonomous driving system.

At MWC 2018, the telecom infrastructure and device manufacturing giant invited MobileSyrup to hop into a Porsche Panamera customized with a top-mounted camera rack that fed directly into a Mate 10 Pro on the dash. 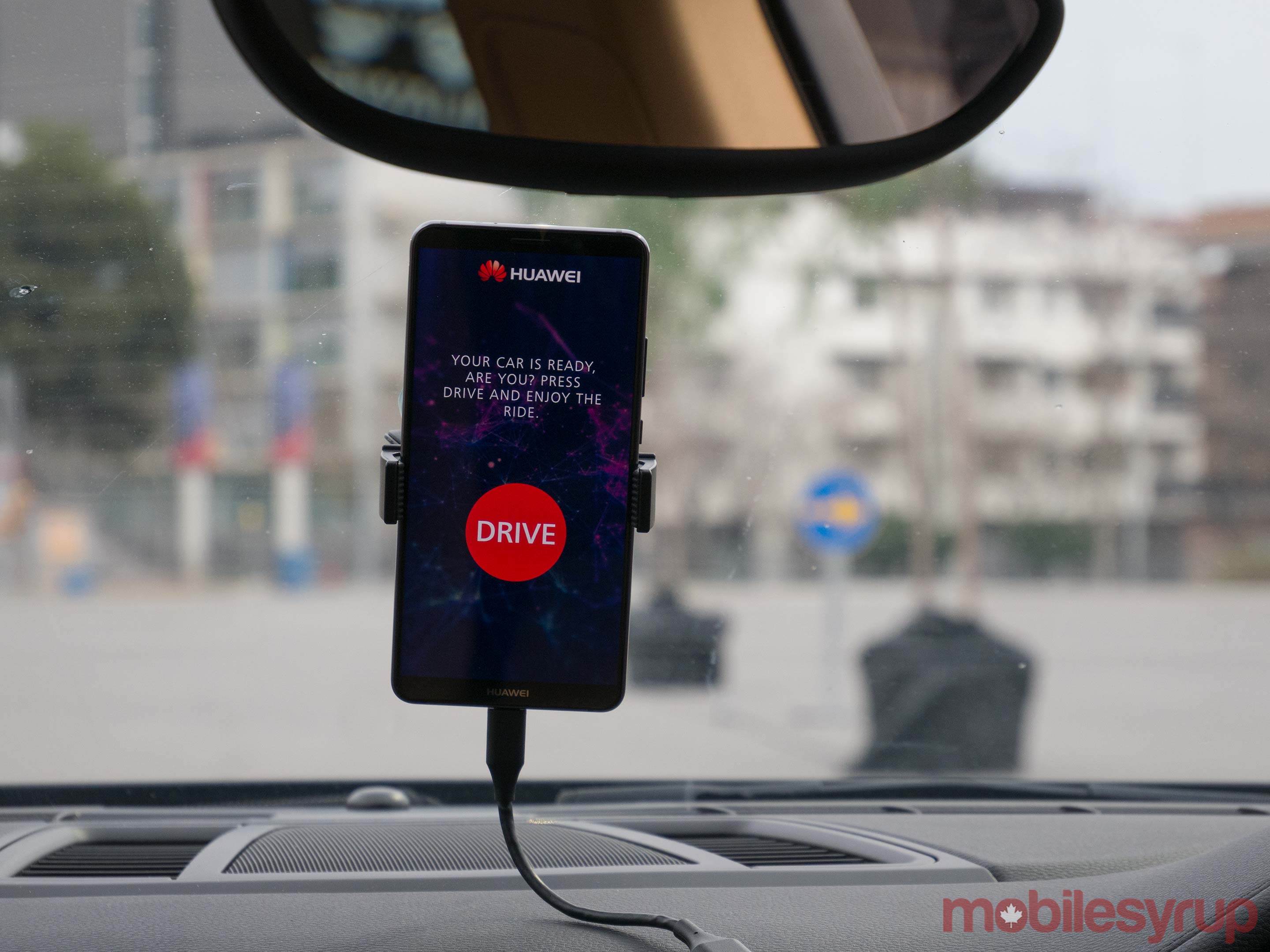 The Panamera — which didn’t previously have any self-driving capabilities — was able to pilot itself in a straight line while clocking obstacles in the distance (cut-outs of a bike, dog, and ball) at a sedate 15-or-so mph.

After the first run, we selected options for avoiding collision with those items in the app; either swerve left, swerve right or stop.

For the second run, the speed was amped up to about 35 mph. At that faster pace, the car was presented with a cut-out of the bike and, mere moments before colliding with the cut-out, it dodged right (just as we had instructed) and stopped. 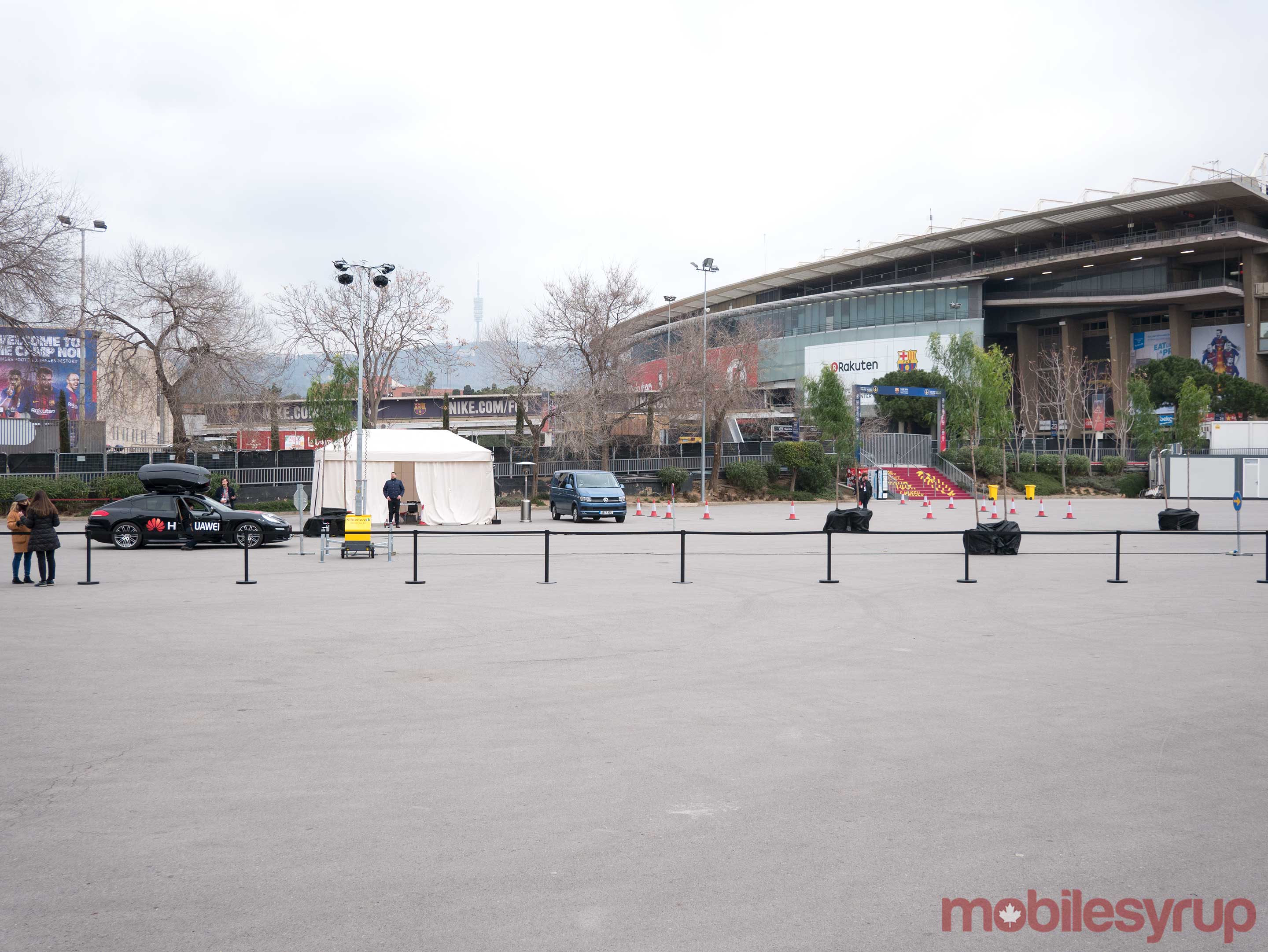 The project, which Huawei says only took five weeks to produce, worked by feeding the images from the camera rack into the Mate 10, which processed them using the Hisilicon Kirin 970’s neural processing unit, through the phone’s camera application and an application developed in partnership with U.K. agency Kerve.

The experience was surprisingly exhilarating even though the vehicle wasn’t driving fully autonomously; there’s just something fascinating (and more than a little nerve-wracking) about a mobile phone piloting a car. Could this be the future of connected cars? 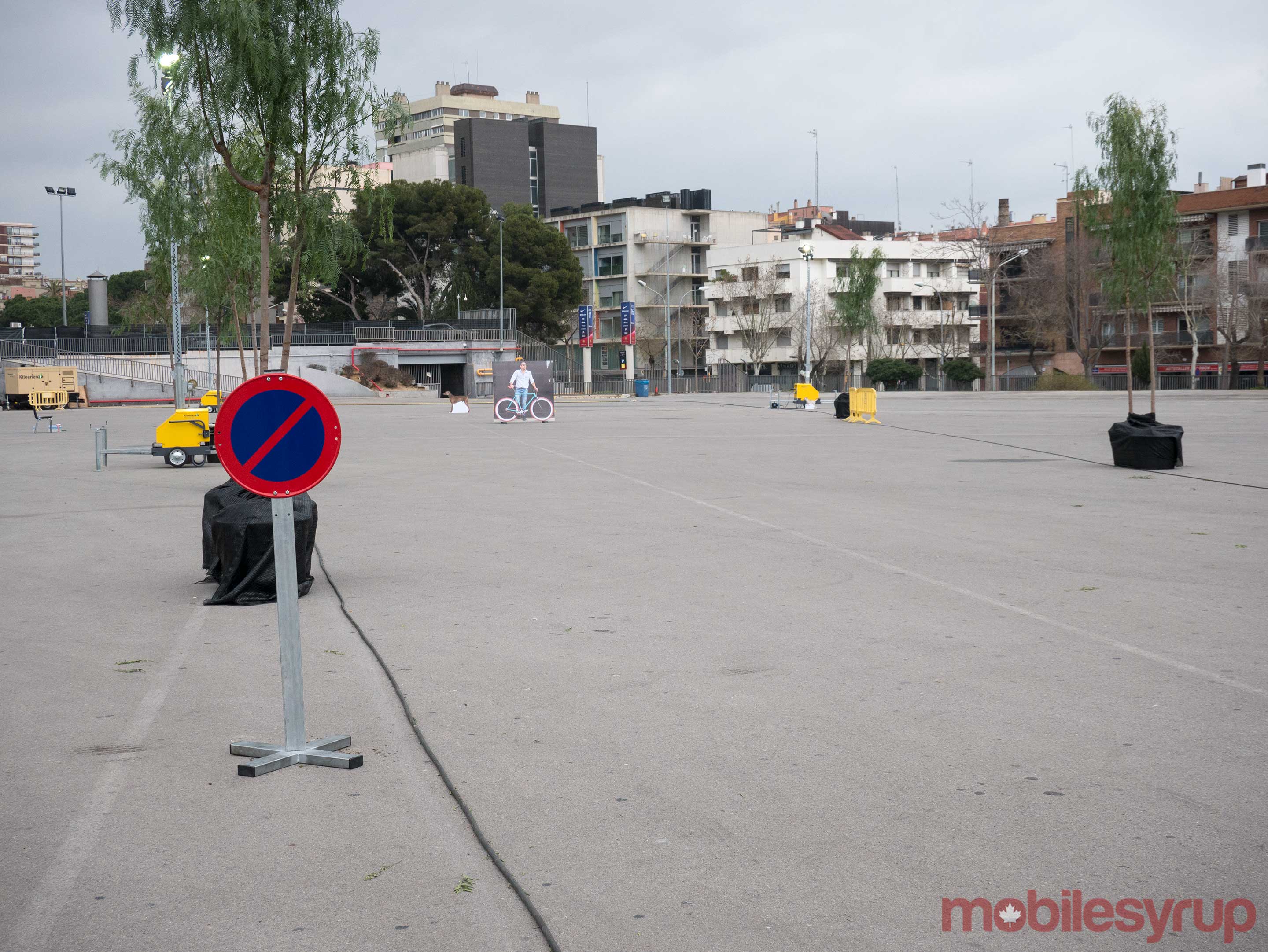 Huawei was quick to assure us that this project in no way meant it was entering the connected car space — it was just a showcase of the Kirin 970’s on-device neural processing capabilities, which currently grace the Mate 10 and are expected to touch down in the Huawei P20.

However, company representatives did mention that this is the next major leap for autonomous cars. While currently, a self-driving vehicle can register an object, in the future those vehicles should be able to identify exactly what the object is and act accordingly. This could help, for instance, with reacting differently to a less predictable moving dog than a stationary bike.

Huawei’s Mate 10 Pro is not currently available in Canada, but the P20 will very likely launch in Canada, following in the footsteps of its predecessor.

Video and photography by Patrick O’Rourke.