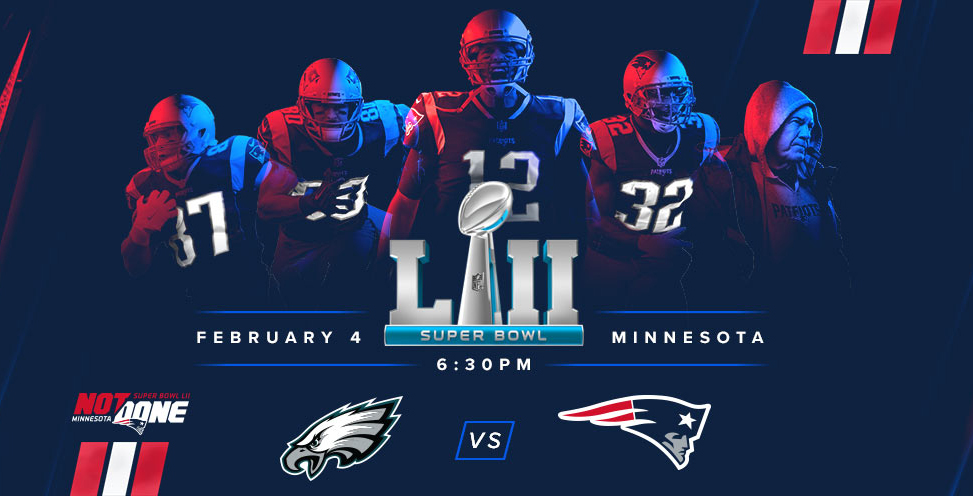 On February 4th, the Philadelphia Eagles will face off against the New England Patriots in the 52nd Super Bowl. The big game will take place in the U.S. Bank Stadium in Minneapolis, Minnesota at 3:30pm PT/6:30pm ET.

Canadians looking to tune in have a number of options available to them.

Once again, Bell Media has secured exclusive Canadian rights airing rights to the Super Bowl. For the second year in a row, the Super Bowl will be broadcast in triple-simulcast on CTV, CTV Two and TSN (and its French sister channel RDS). You can also live stream the game on CTV.ca, as well as on the CTV Go and TSN Go apps — both available on Android, iOS, Windows and Xbox One.

Members of the premium NFL Game Pass service can also watch the game on Android and iOS smartphone apps, computers, tablets and smart TVs, as well as Windows devices, Xbox One and PlayStation 4.

Alternatively, Cineplex is also offering a livestream of the game in select theatres, should you want a big screen experience.

Regardless of where you watch the game, Canadians will be able to view the Super Bowl’s renowned multi-million dollar U.S. ads for the second year in a row.

That’s because last week, the Supreme Court of Canada denied Bell’s request to stay the CRTC’s ruling that prevents simultaneous substitution (simsub) of Canadian ads replacing big budget American ads during the Super Bowl. Simsub is a practice that requires signals and ads from American channels to be temporarily replaced by those from another channel showing the same program at the same time.

In fact, Bell says last year’s Super Bowl event brought in 4.5 million total viewers in Canada, a nearly 40 percent drop in ratings from the year prior when simsub was still in effect. Bell attributed the decrease in viewership to the CRTC’s decision to remove simsub during the Super Bowl.

Therefore, Bell is currently trying to attract viewers to its channels in several ways. To start, the company is offering $300,000 CAD in prizes through a contest that can only be entered by following instructions on CTV and TSN broadcasts of the game. Bell says these networks will also feature exclusive skits featuring Canadian comedian Russell Peters throughout the match. Finally, Bell says that Canadians who tune into its networks can still watch the big U.S. ads on BigGameAds.ca.

Because the Super Bowl is such a massively-televised event, companies pay millions of dollars to have their big ads play during the game. For many viewers, these ads are an essential part of the experience. In fact, according to Google, they are the second reason people tune in, after wanting to see the actual game itself. As well, Google reports that twenty percent of people say they watch the big game solely for the ads.

Further, Canadian YouTube searches for ‘Super Bowl commercials’ exceeded searches placed in the US for the past five years. Canadians watched a total of 840 million minutes of Super Bowl ads on YouTube last year alone.

Will you be watching the Super Bowl through Canadian or American channels? Do the big-budget ads matter to you? Let us know in the comments below.