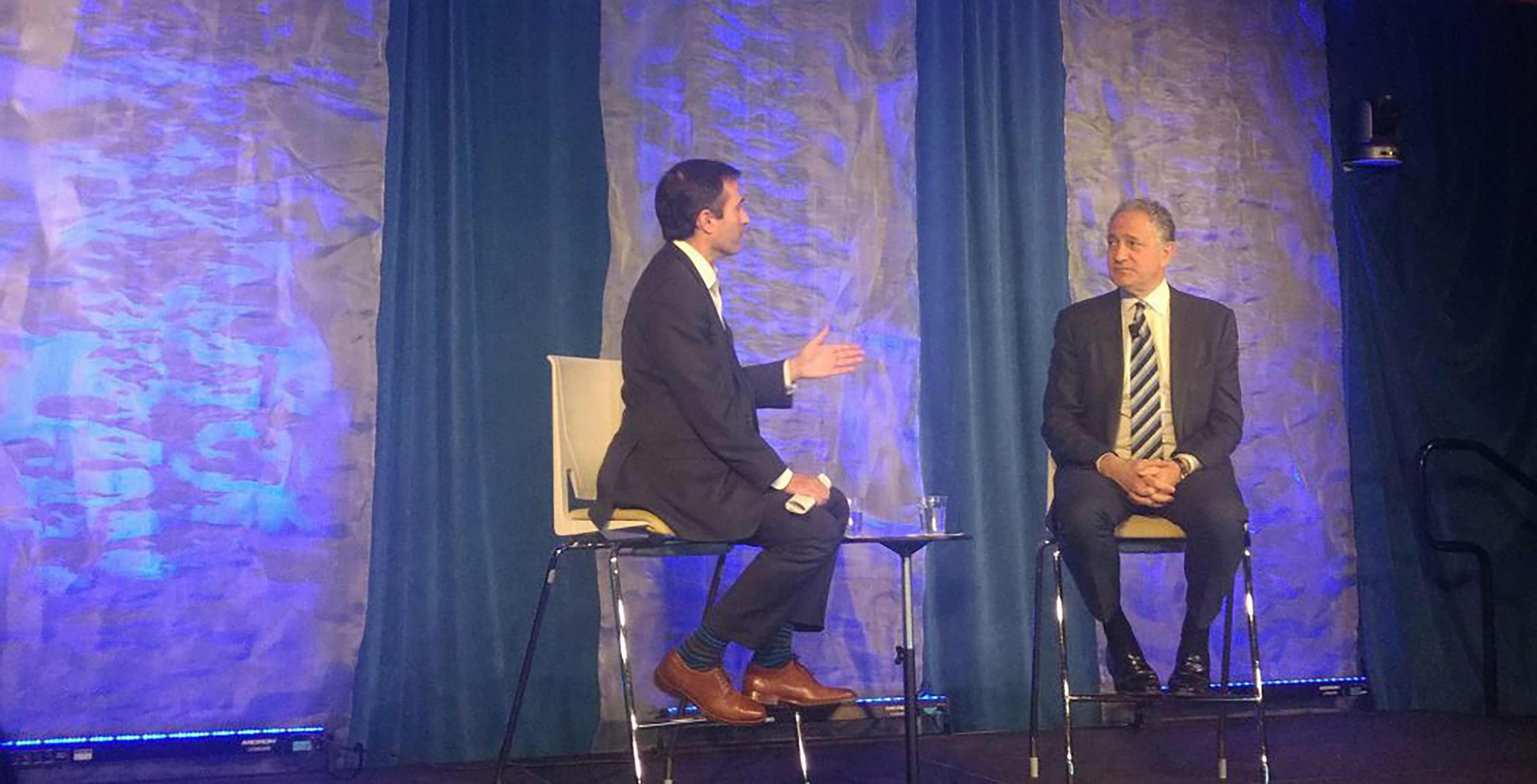 Sidewalk Labs, Google’s subsidiary dedicated to testing and implementing smart city technology, announced its intention to invest $62 million in a Toronto pilot project in its first year back in October 2017, where it would do community consultations, study ways to create more affordable housing, and establishing governance policies related to privacy.

Doctoroff has been light on sharing specific details of how the project will work since then; in a Reddit Ask Me Anything last week, he acknowledged that they don’t have “this level of detail yet” in response to various concerns. But the event was an opportunity to hear more about the philosophy behind Sidewalk Labs’ approach to the ambitious project.

“Technologists are usually not sensitive enough to the real world realities of a complex urban environment.”
– Dan Doctoroff

On why Sidewalk Labs chose Toronto, Doctoroff said that the company initially looked at 51 cities around the world, but chose Toronto due to its diversity and “incredible aspiration” for inclusivity. “That inclusivity is being challenged now, in part because Toronto has been so open. So people are flooding here, which is putting all this pressure on the city from a mobility perspective, from a transit perspective…that is having an impact on pushing middle income or lower income people further out and denying them access to opportunity.”

He gave examples of ways that technology could reduce the cost of living and create a more climate-positive community, pointing out that a lot of waste heat is emitted from the area due to its proximity to a lake; a deep water cooling system could address that, he says. They’re also looking into methods like using laminated timber and “modular” designs to make housing more affordable.

Sidewalk Labs has already done feasibility studies to anticipate what to expect. “We felt we could reduce cost of living by about 15 percent. So imagine for a family making $80,000 a year, if you can save them 15 percent, or $12,000 here, that can make a meaningful change in people’s lives.”

He hopes that by making housing more affordable, the area will be more attractive to people of all economic backgrounds, instead of just the young techies automatically drawn to the allure of a Google city. For its pilot, Sidewalk Labs plans to run programs throughout the GTA to make the idea of Quayside more attractive to the general population.

“What you want in a smart city is people’s creativity & ideas to keep it relevant & moving. Our goal is to create the infrastructure, the design guidelines and create on top of it…” pic.twitter.com/xUR0rPrhx7

The plan is also to make the area autonomous vehicle-only. Doctoroff, a former deputy mayor for economic development in New York, said that roads and parking lots take up 30 to 40 percent of space in a city. With the control of autonomous vehicles, Sidewalk Labs envisions reducing this amount and bringing areas like parks closer to people.

“For the average family, you could lower cost of mobility by maybe $6,000 a year,” he said. “We’re talking about the integration of smart design and technology. What happens when everyone is closer to a park? Maybe their apartments, to achieve same quality of life, don’t need to be a certain amount of square foot.”

A discussion that’s rightfully come up since the Sidewalk Labs announcement is the issue of privacy. As Sidewalk Labs will collect data on citizens with the stated purpose of improving services, how will it ensure that privacy is protected when laws barely protect citizens’ digital identity today?

What did Don Doctoroff learn as an investment banker? “How important it is to tell a story, whether it’s selling a bond issue or an equity.” #storytelling #content #ibanking. Great opener for another #RBCDisruptors on @sidewalklabs. #urban #innovation #disruption pic.twitter.com/Sht8DIwAjr

“We’ve been engaging with privacy experts, government partners, and consulting people from all over the world about this. We’ve articulated principles that we will live by, one is that privacy and privacy protections will be built into the products we deploy,” he said. “The second is that we’re not going to use data for commercial purposes. Data will be used to improve quality of life. The third is that processes we use to develop those policies will be open and collaborative.”

He doubled down on the company’s commitment to work with the community and other experts in building Quayside responsibly, and was frank about the challenges associated with the project. “Technologists are usually not sensitive enough to the real world realities of a complex urban environment. We have built a team from the beginning of people on each side who are predisposed to understand the other perspective, so I think we’re building the right team with the right sensitivities to be successful. We’re not from Toronto, there’s a lot to learn, and hopefully we’re coming up, but we don’t have intuitive understanding of how people think and feel here.”