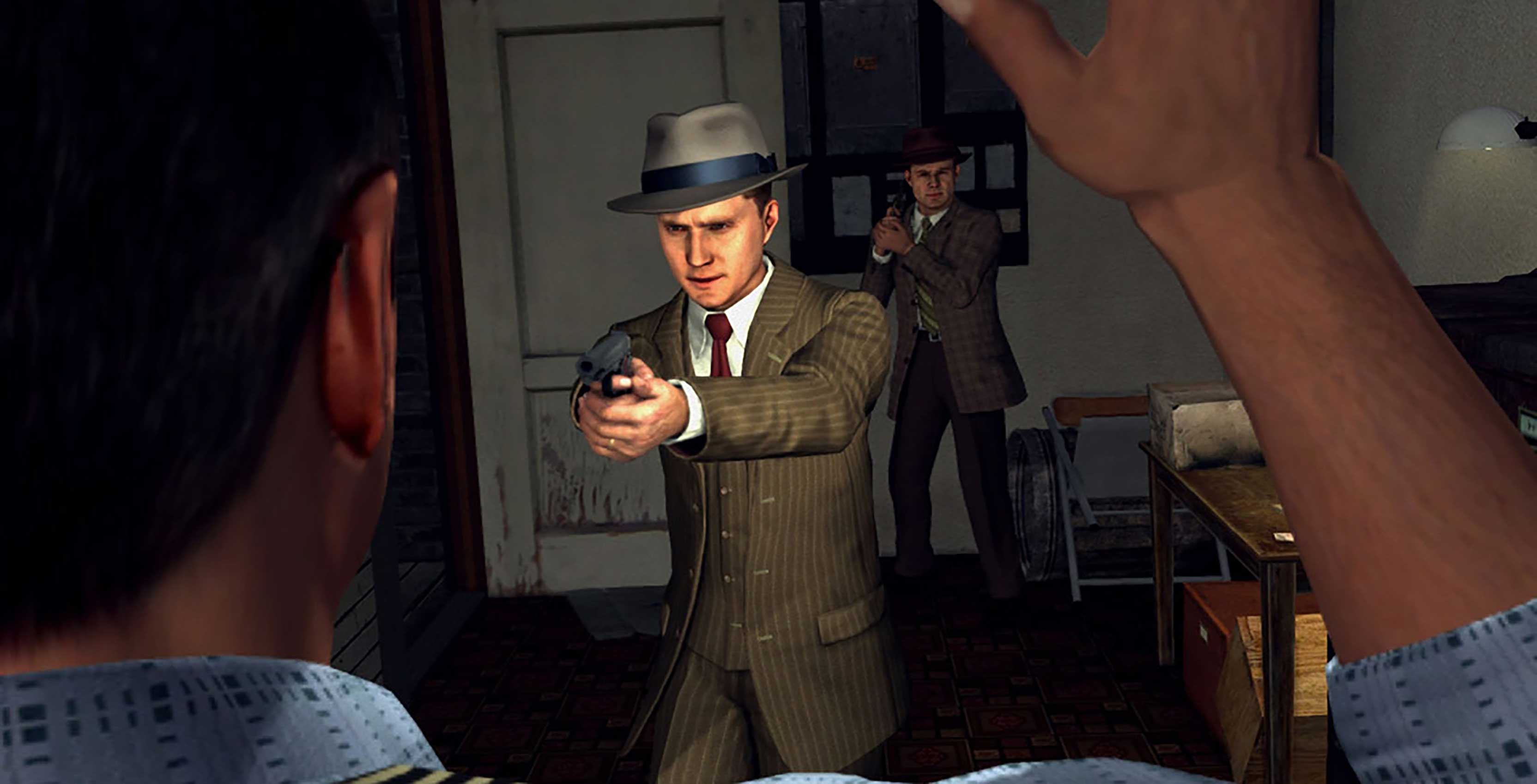 Nintendo has often been criticized for its lack of third-party support in the past. It was a particularly major problem on the Wii U, Nintendo’s beleaguered previous generation console.

That’s why seeing L.A. Noire on the Nintendo Switch — a gritty, M-rated detective game from third-party publishing giant Rockstar  — is so noteworthy. In fact, it’s the first game Rockstar has put on a Nintendo platform since 2009’s Grand Theft Auto: Chinatown Wars on the DS.

Welcome to the City of Angels

Throughout the 21 assigned cases, you’ll visit all sorts of interesting locations, such as movie sets, nightclubs and bars. Having a careful eye is key here, digging through incidental items to find clues that can make or break your investigation. 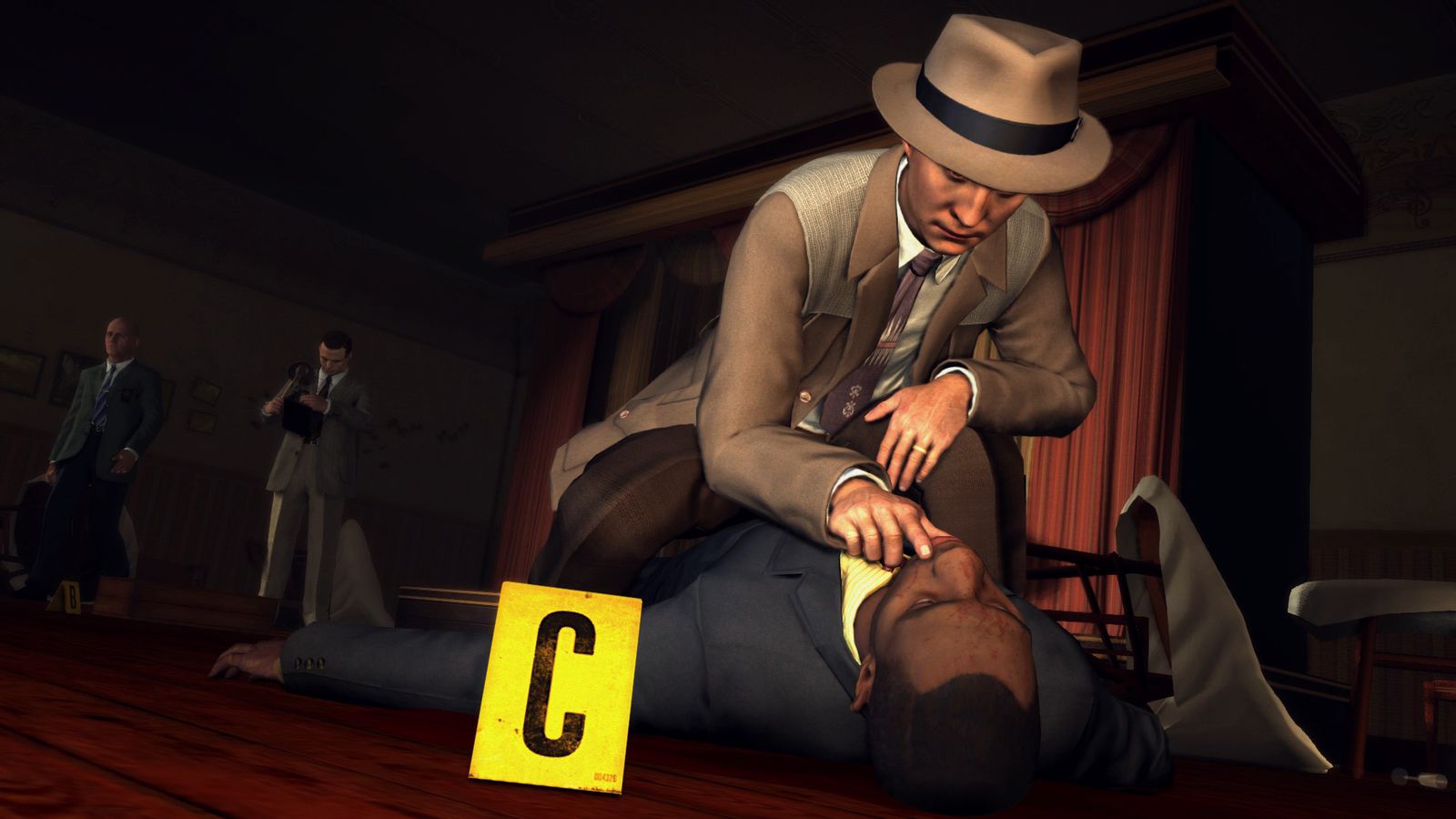 You’ll also meet incredibly well-written and acted characters, many of whom you’ll need to be able to interrogate successfully. Those who played L.A. Noire the first time around may remember Cole’s tendency to fly off the handle in unexpectedly hilarious ways. The basic ‘Truth,’ ‘Doubt’ and ‘Lie’ responses in the original game sometimes led Cole to verbally assault his person of interest — a problem when all you wanted to do was express skepticism. This time around, responses are framed around ‘Good Cop,’ ‘Bad Cop’ and ‘Accuse,’ which give a better indication of intention.

This is a particularly welcome change since a central element of gameplay is determining when people are lying by studying their facial features and body language. This mechanic finds great success thanks to groundbreaking technology known as MotionScan, which incorporates 32 different cameras to capture actors’ faces at every angle. Even several years later, no game has managed to fully meet the standards set by L.A. Noire’s uncannily realistic facial animations. 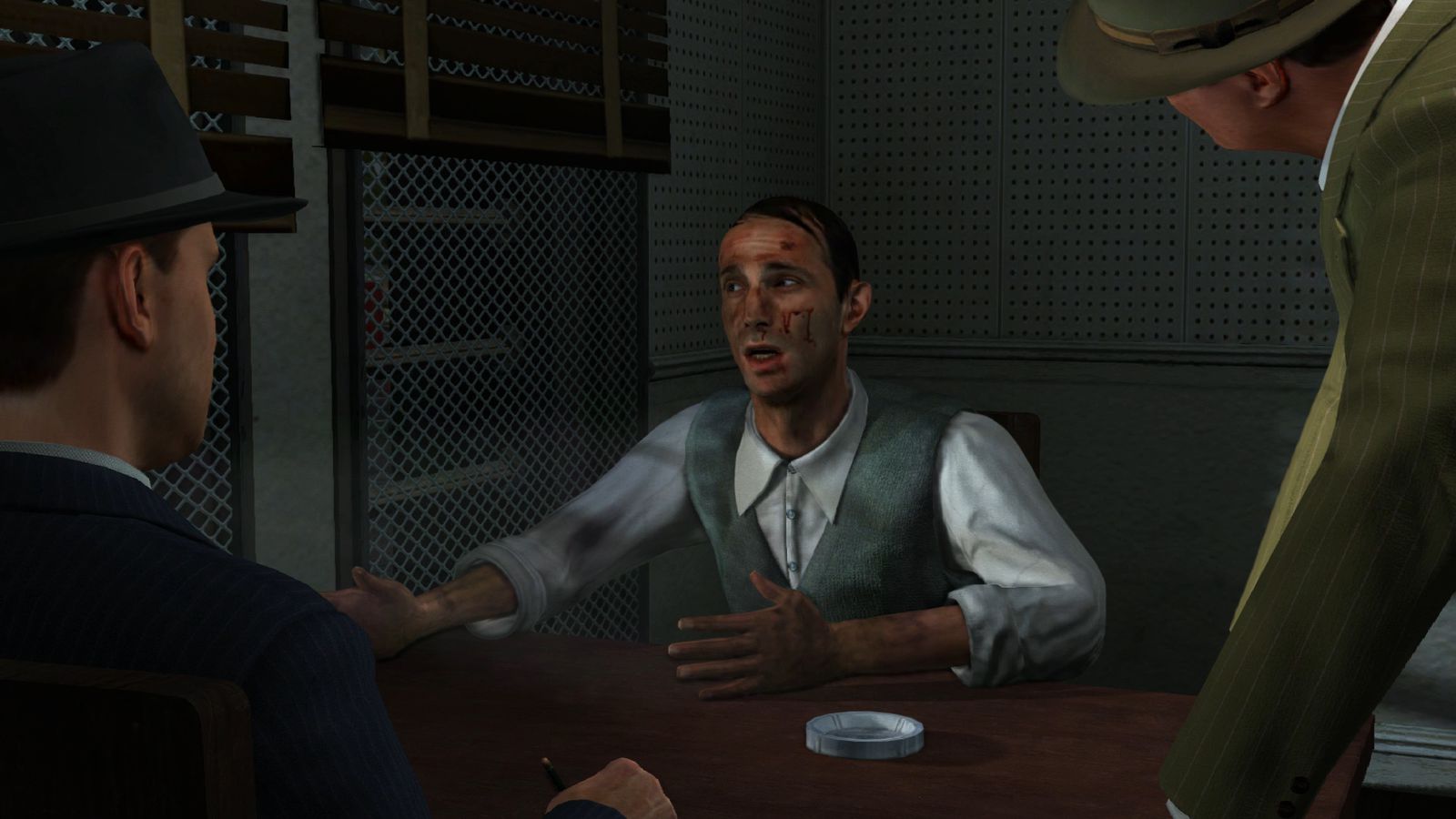 Because of this, cases feel very multi-faceted and deep, offering different options and outcomes depending on how successful you are in your investigation. After every case is completed, the police files summary will also mention what you could have done differently to get a better result, often in ways I hadn’t even considered.

As Cole moves on to different beats, he’ll also get assigned to new partners. Writer-director Brandon McNamara’s stellar script particularly shines here, wonderfully juxtaposing the straight-faced, by-the-book Cole with his scrappier, more cynical peers. With wildly opposing world views, Cole will frequently butt heads with other officers in highly compelling ways. The sheer variety of cases, as well as the colourful characters you get partnered with, had me playing on in eager anticipation to see what comes next. 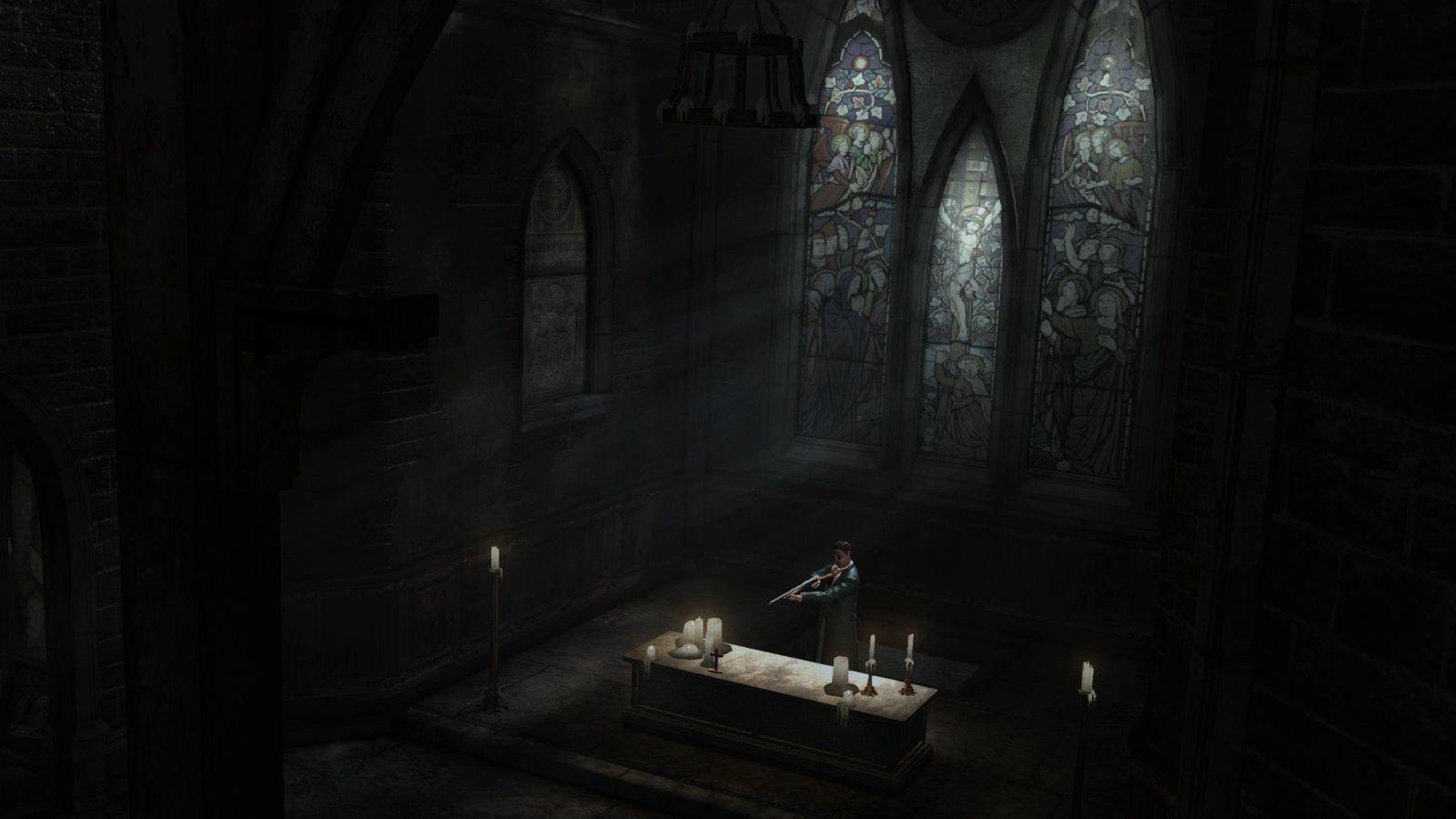 While most of the game is well-crafted fiction, perhaps the most standout investigation pertains to the highly-publicized real-world case of the ‘Black Dahlia,’ a young woman named Elizabeth Short who was found murdered in L.A. in 1947. The game slowly builds up to this mystery and eventually lets you tackle it yourself, making you feel like you’re playing through a brilliant crime thrillers like Zodiac or Seven.

In many ways, L.A. Noire feels right at home on Switch, as the case structure of the game makes it particularly well-suited for playing on the go. I found myself able to complete many early cases in one stretch of my commute, making for a rewarding sense of progress. Even with longer, later-game cases, I could still make good progress, put my Switch in Sleep Mode, and easily pick up from wherever I left off at a later time. 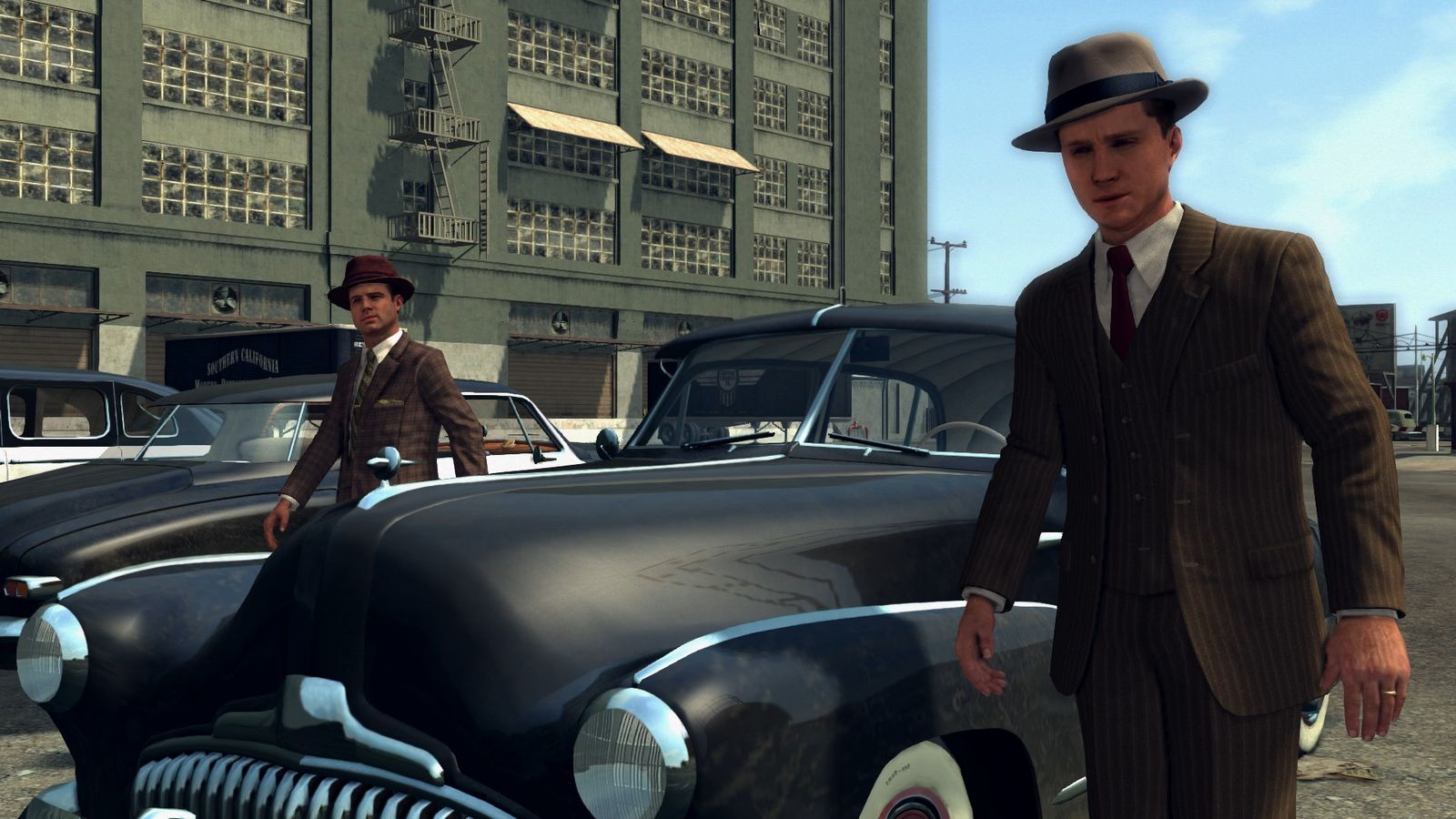 As well, the Switch version offers a number of touch controls alongside the standard control scheme. In fact, outside of opening menus, you can play almost all of the game solely by tapping, swiping and holding the screen, if you so choose. Cole’s movement, interactions with the environment and interrogations can all be managed through the touch screen. I didn’t find myself using any of this much, but additional control options are nonetheless always welcome.

One element that hasn’t carried over so well to Switch, however, is the open-world. Make no mistake though, the original developer Team Bondi made a beautiful, detailed and faithful recreation of late ’40s-era Los Angeles. But when the game first released in May 2011, it was rightfully criticized for not offering much to do in this brilliantly realized setting, outside of the central cases and a few optional collectibles. 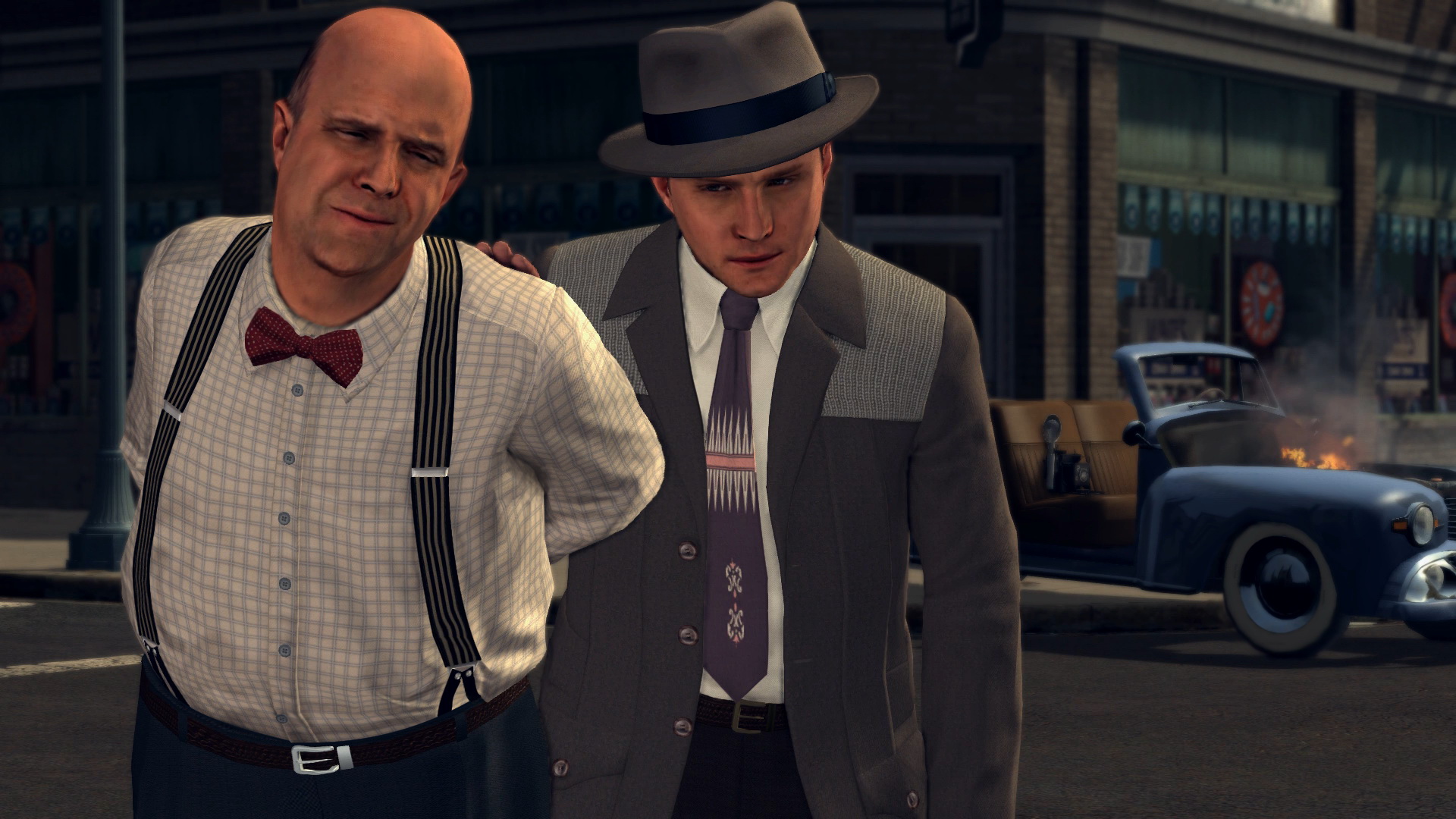 On seventh-generation hardware, this was less of an issue, since open-world saturation hadn’t yet set in. Now, however, in a post-Skyrim, Grand Theft Auto V and Witcher 3 world, L.A. Noire’s empty world feels all the more glaring.

This isn’t helped by the handful of unfortunately necessary downgrades that were made in porting over the game to the Switch. Draw distance is rather poor, with nearby trees, buildings and cars popping in from time to time. The frame rate also occasionally drops below 30 frames per second, particularly in crowded urban areas. That said, the game displays at a solid 1080p in docked mode and 720p in handheld.

Sleuthing on the go is too good to pass up

It’s worth noting that the PS4 and Xbox One versions of the game are graphically-enhanced versions of their PS3 and Xbox 360 counterparts, with further 4K HDR updates available on the PS4 Pro and Xbox One X consoles. If you’re all about extra bells and whistles with re-releases, you’ll be better off playing L.A. Noire on those platforms. However, if you don’t care about that and just want to take a thoroughly compelling game on the go, then the Switch version is absolutely great.

Indeed, while its open-world is particularly outdated by modern standards and there are a handful of frustrating technical hiccups, L.A. Noire on the Nintendo Switch is a very solid port of a criminally overlooked gem from last generation.

L.A. Noire is now available for $64.99 CAD on Nintendo Switch. The PS4 and Xbox One versions, meanwhile, are available for $49.99. Those with an HTC Vive can also download the standalone L.A. Noire: The VR Case Files for $39.99, allowing you to play through a handful of the base game’s cases in virtual reality.