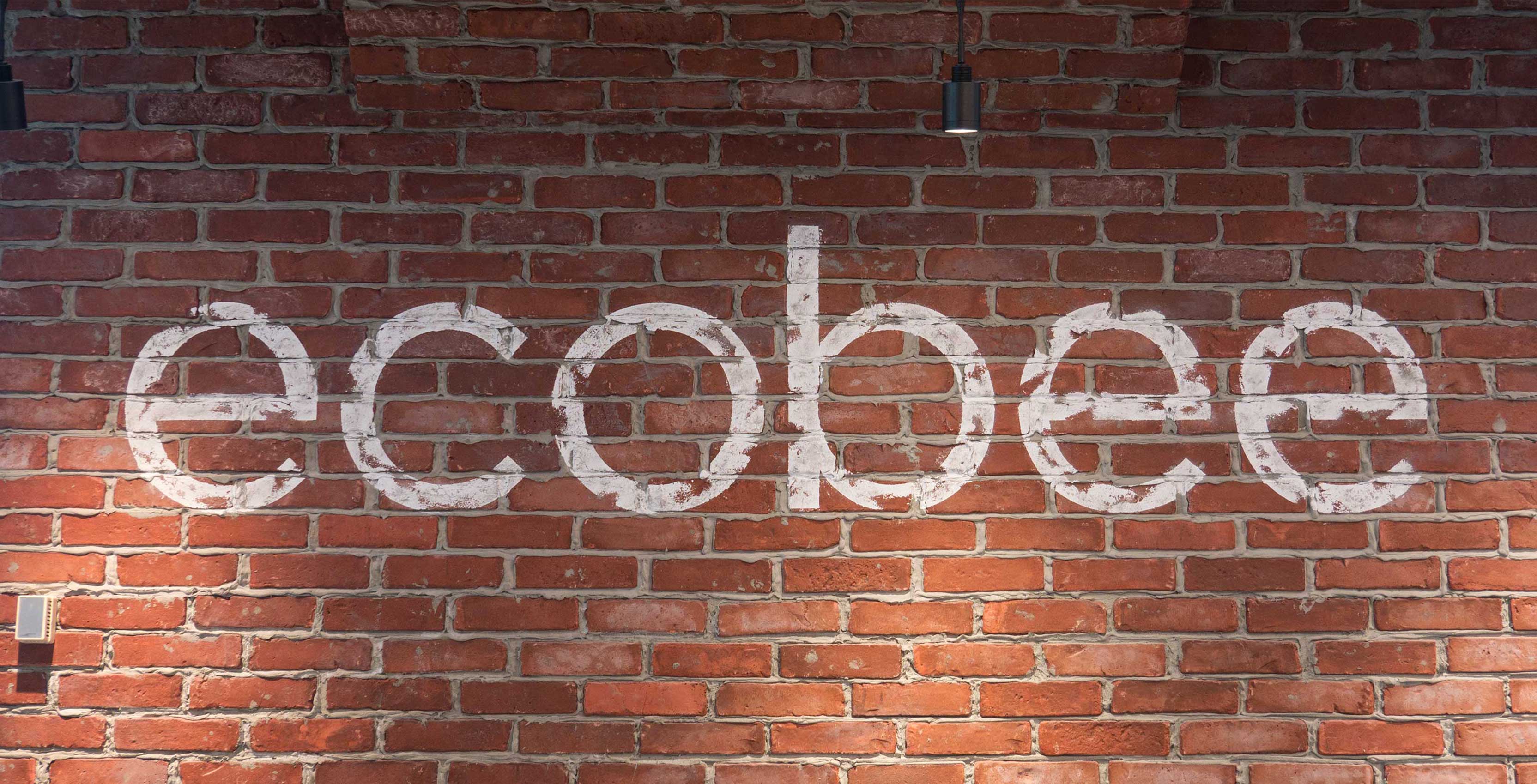 “When we think about who we compete with, we compete with Apple,” said Stuart Lombard, founder and CEO of Toronto-based Ecobee.”It’s not because Apple makes thermostats — but when a customer puts a product in their home, they’re not comparing to Honeywell. They’re comparing it to the iPhone.”

Founded back in 2007 by Lombard because of his own frustrations with the smart thermostat market at the time, Ecobee has since gone on to release a variety of thermostats over the years, with the Ecobee3 and more recently, the Ecobee4, being the company’s most well-known devices. 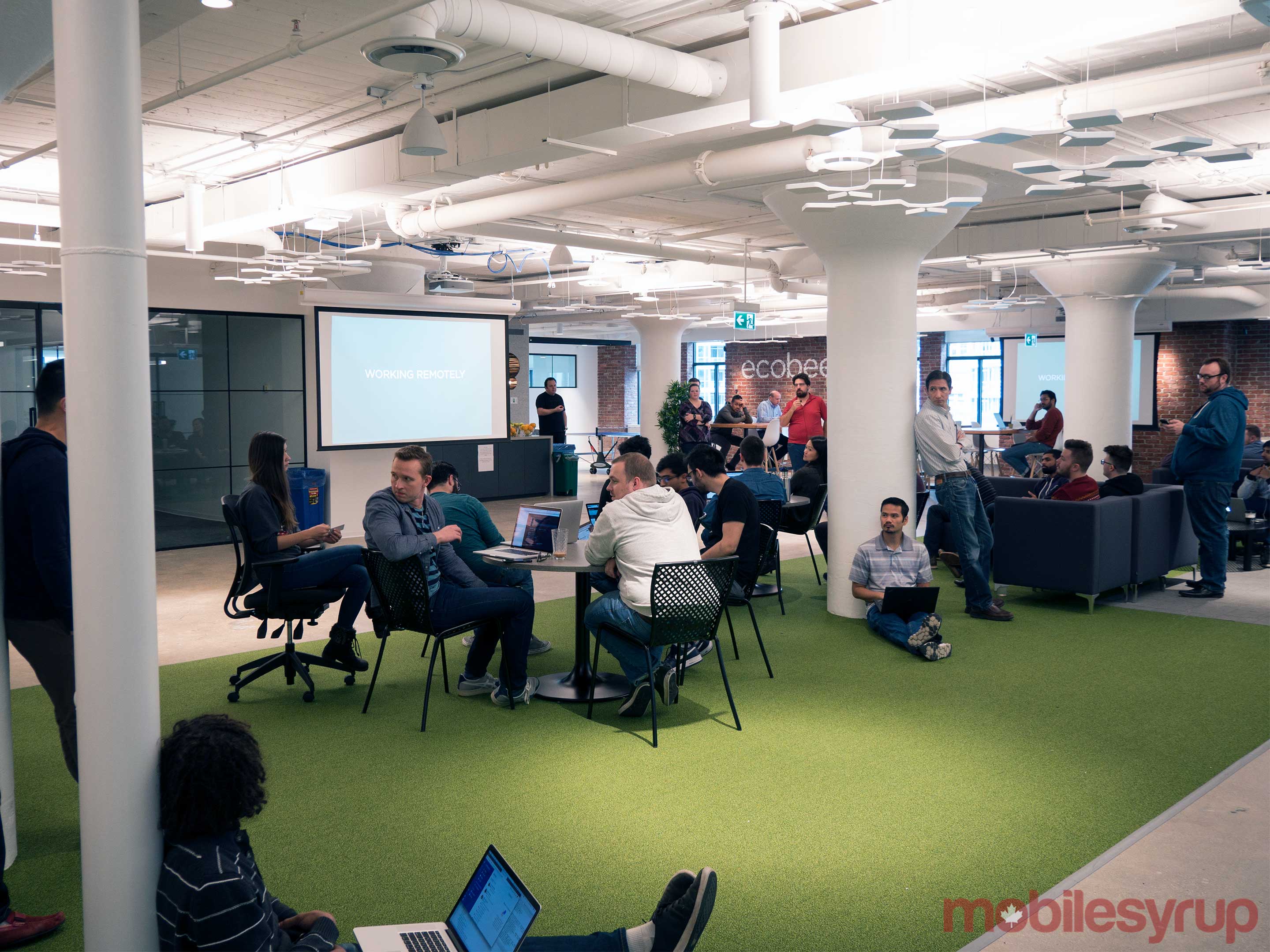 “When we think about making a product that’s as good as an iPhone, that’s incredibly hard just to start with,” said Lombard, when speaking about the development of the Ecobee4, which only recently made its way to Canada alongside the official Canadian release of Amazon’s Alexa voice-activated assistant.

Lombard says that the Amazon Alexa and Google Assistant-powered Ecobee4, the company’s latest and highest-end smart thermostat, was a significant undertaking for the company from a technical perspective, especially as one of the first devices to feature built-in Alexa voice integration.

“Voice is nuanced and is part art and part science. We tested 20,000 utterances in different noise environments,” said Lombard, mentioning that the company’s new Toronto headquarters features an audio lab that allowed its engineers to test the performance of the Ecobee4’s far-field mics in a variety of audio conditions.

Anyone who has tested early attempts at voice recognition, let alone far-field voice — for example, Ford’s in-car Sync infotainment platform, or even Microsoft’s ill-fated Xbox One accessory, the Kinect 2.0 — knows how frustrating voice commands can be when a device doesn’t hear them consistently and under all circumstances. 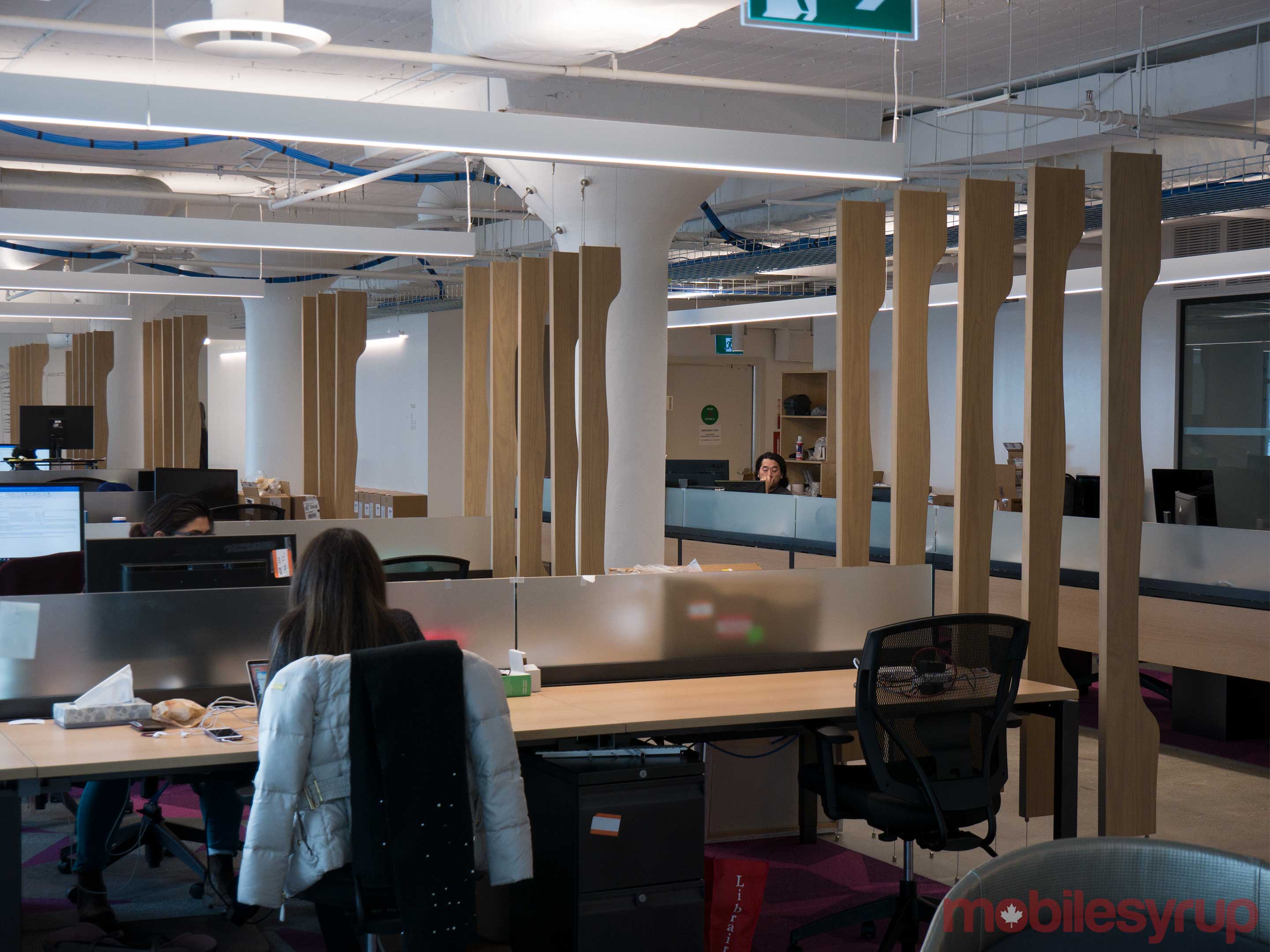 While adding various microphones and far-field voice control to a smart thermostat may seem like a simple process, especially when the digital assistant that powers the device already exists, Lombard says that there was significantly more to the Ecobee4’s development process than simply sticking an Amazon Echo Dot to the wall.

For a device to analyze a user’s voice from a vertical position, rather than horizontally like with the Echo Dot’s mic array, an entirely different set of tests and adjustments are required, especially when the Ecobee4 also needs to act as what Lombard describes as the “perfect thermostat.”

Of course, like most smart home devices, Ecobee doesn’t exist in a non-competitive vacuum, with Google’s Nest being the company’s main opponent in the smart home thermostat arena. 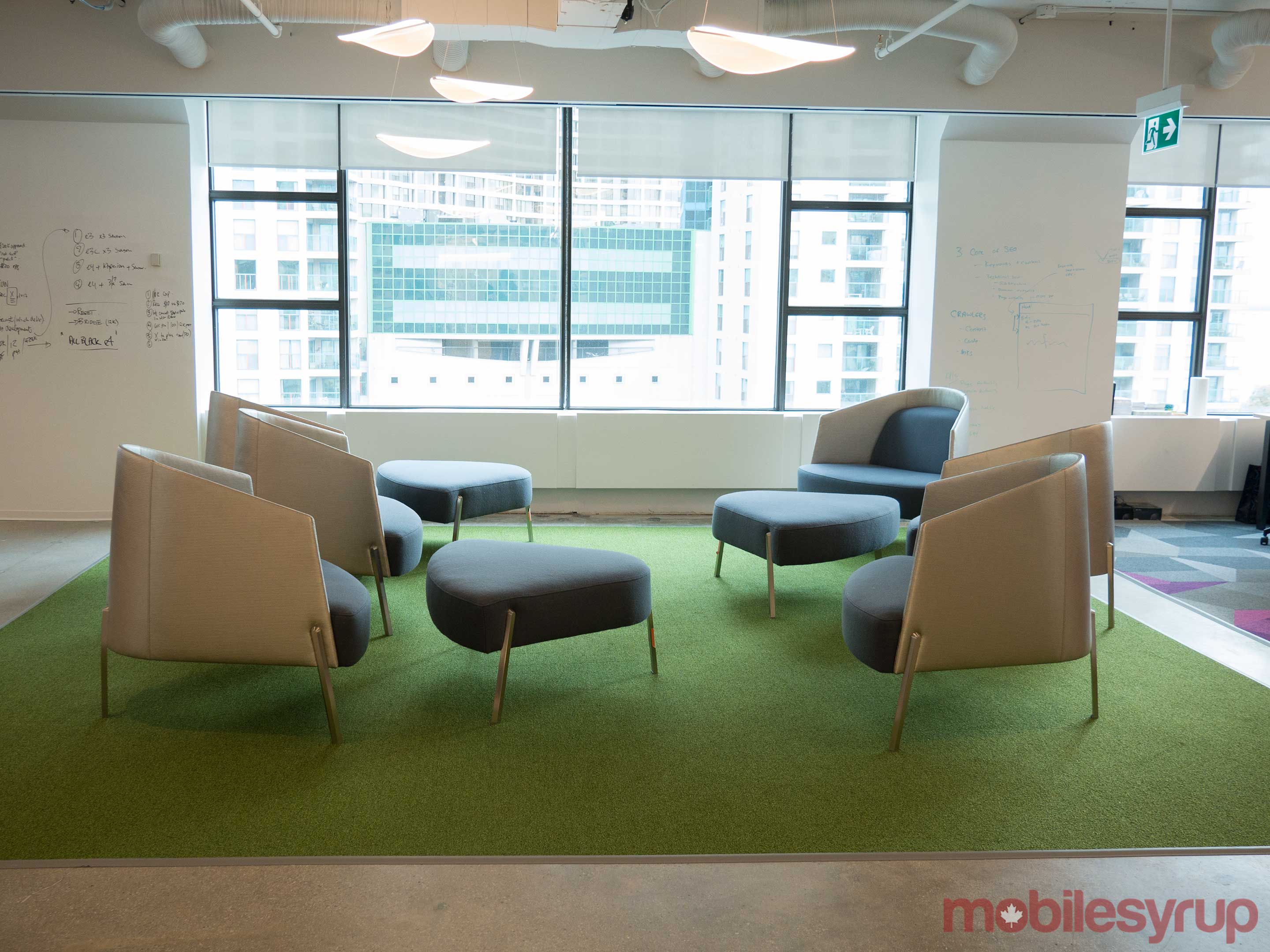 Going up against Google, a massive tech giant with seemingly infinite funds, is no easy task, especially for a Canadian company that has opted to stay in the country as it continues to scale up its operations, rather than make the decision to move Ecobee’s headquarters to California.

“First of all, it’s home, so that’s always a bonus. But I think there’s a lot of great talent in Toronto, and I think the Toronto tech ecosystem has improved significantly over the last 10 years. So when you look at the talent — and not just at Ecobee — but generally in the Toronto market, it’s significantly better,” said Lombard.

“There are natural benefits like costs being lower, as well as access to government programs like scientific research and development credits, which have been a big help for us,” continued Ecobee’s founder, listing the more obvious reasons for continuing to build the company in Canada. 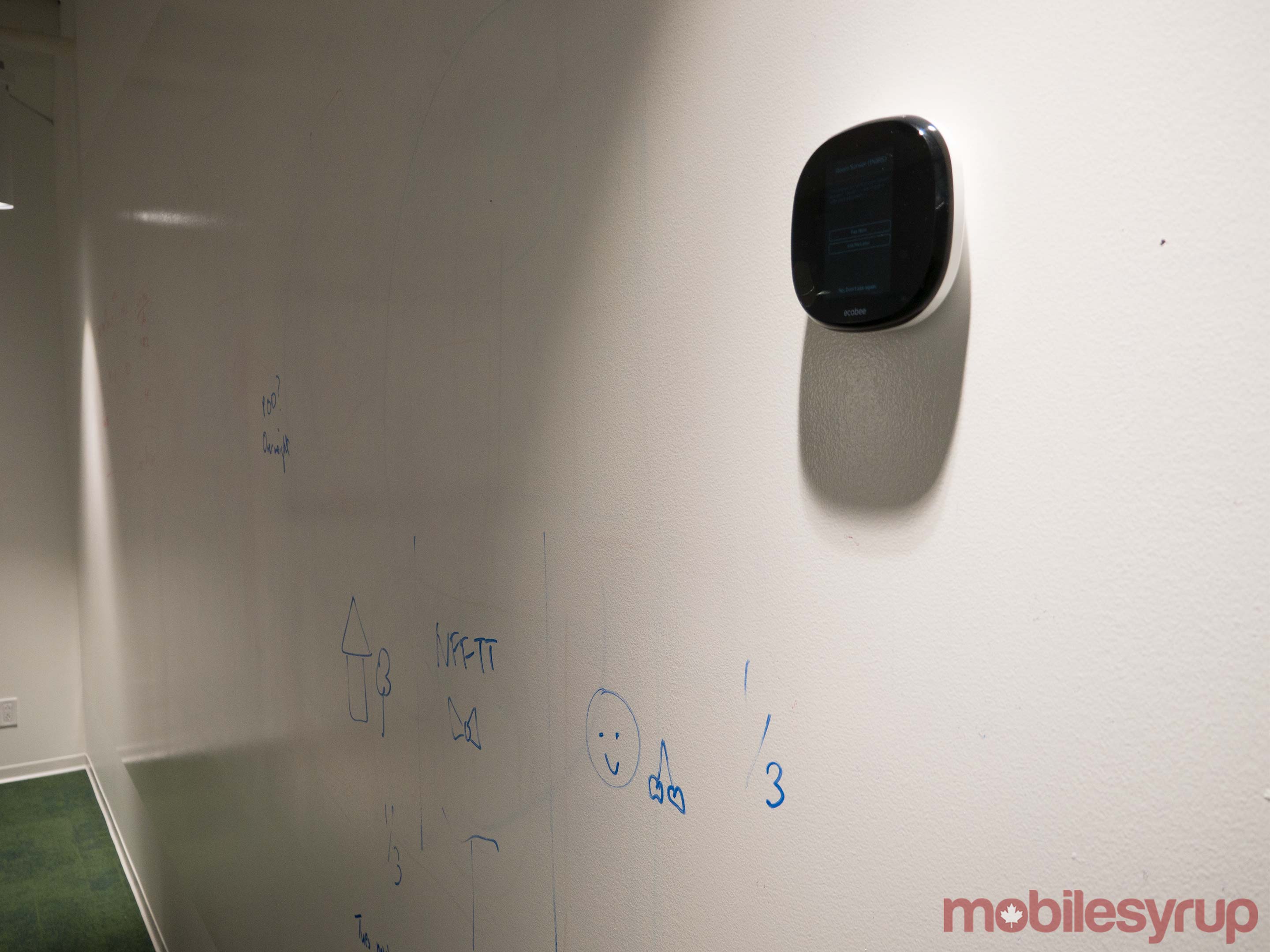 Lombard says that one of the ways Ecobee separates itself from Nest is that the company recognizes customers fall into a variety of different ecosystems when it comes to the current disparate nature of smart home devices, emphasizing that customers want choice.

Given Ecobee directly competes with Nest devices, it’s strange for the company to also support Google Assistant, along with Amazon’s Alexa. Lombard says that this decision is key to ensuring Ecobee’s customer have what he calls “adequate choice.” 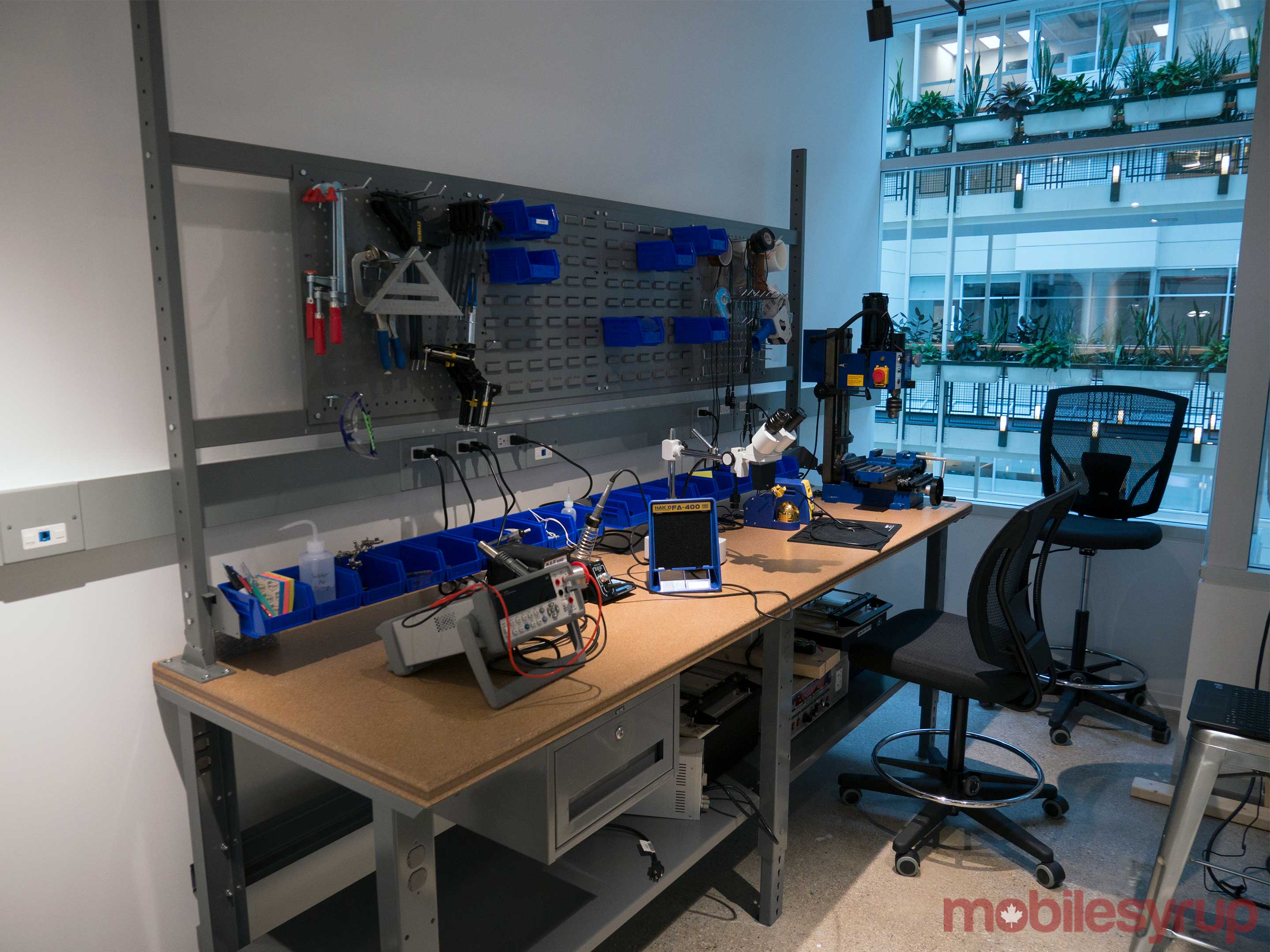 “It’s obviously an important ecosystem for our customers so we need to be there as well,” said Lombard when asked why the Ecobee supports one of its competitor’s voice-activated assistants.

Beyond this differentiating factor, Stuart emphasizes that the Ecobee’s various room sensors, which allow the device to detect temperature in the home from multiple locations, is also a key differentiator for the company in the competitive smart home thermostat market.

“So when you look at the talent — and not just at Ecobee — but generally in the Toronto market, it’s significantly better”

In late 2017, Ecobee opened a new headquarters in Toronto, Ontario, in the city’s Queens Quay West harbourfront area. The 37,000-square foot facility houses 200 employees, including the company’s hardware and software engineers, architects, data scientists and designers. According to Lombard, the company has hired over 100 new employees over the course of 2017. 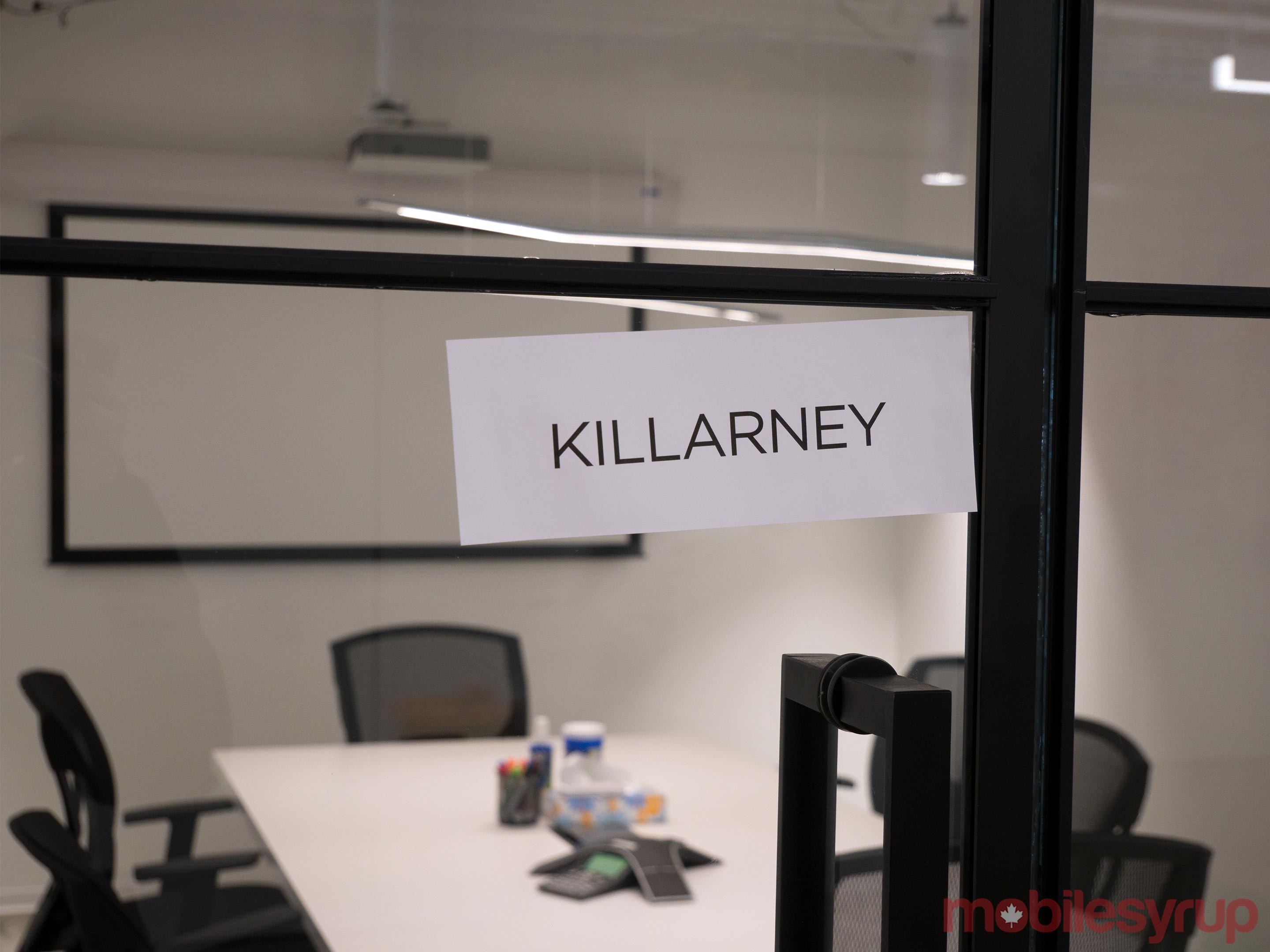 Each of the office’s meeting rooms are named after one of Canada’s iconic national parks, with the entire workplace also being rife with greenery and grass carpeting.

Perhaps most importantly, all of the office’s walls can be sketched on — though of course, etchings aren’t permanent and can be wiped away like a white board.

Looking to the future, Lombard says that Ecobee is still preparing to release a smart light switch that features far-field voice recognition and Wi-Fi connectivity, but that is still wired like a standard light switch. Ecobee’s Switch+ is set to be released at some point in the second quarter of 2018. 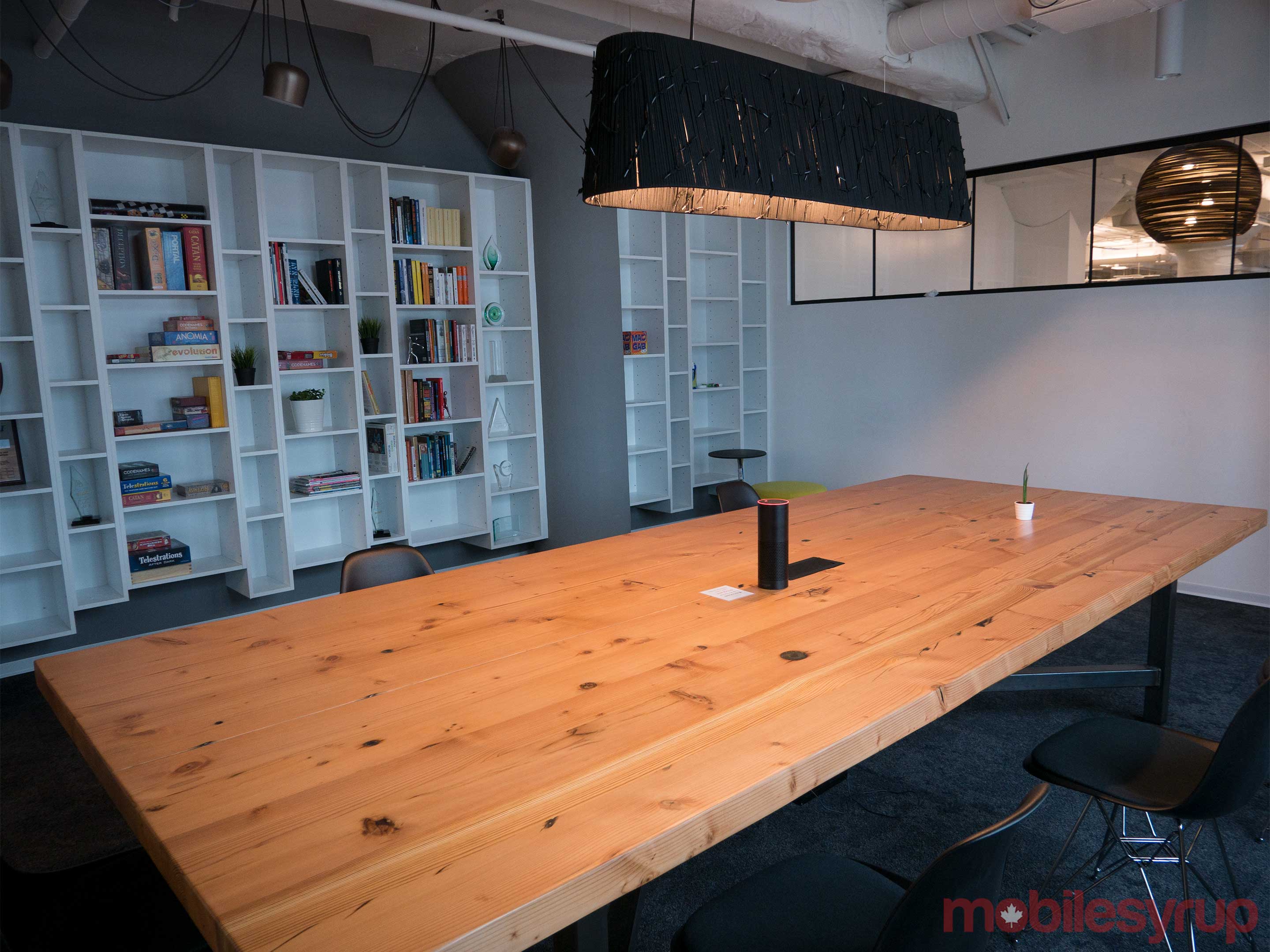 “Now, that’s all in one device. I think you’re going to see that consolidation happen in the smart home too.”