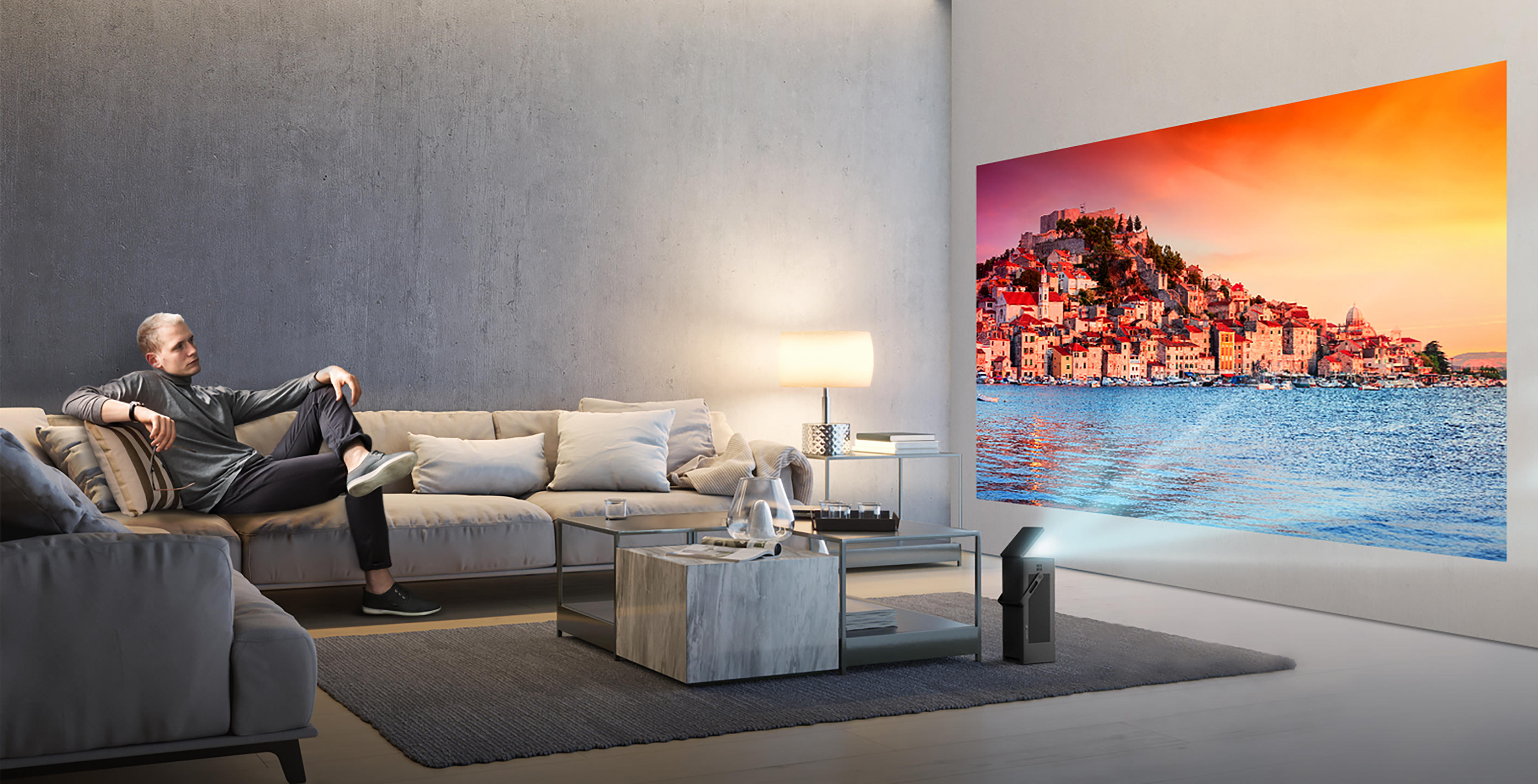 Ahead of the 2018 Consumer Electronic Show, LG has revealed its first 4K UHD home projector, dubbed the ‘HU80KA.’

According to LG, the company’s 4K projector is half of the size of competitors’ offerings. The HU80KA is capable of playing an 150-inch image at 2,500 lumens, making it LG’s brightest projector that also supports HDR10. The HU80KA also features a mirrorless I-shaped engine that allows it to be placed on the floor, mounted to the wall or even hung from a ceiling, and a mirror reflector that can be used as lens cover.

Though the projector features two 7-watt speakers, the HU80KA includes the option to add a soundbar through optical, HDMI or Bluetooth. The projector can also play media from a USB drive, and lets the user connect an external keyboard and mouse.

The projector also runs the same webOS operating system as LG’s other televisions, giving the HU80KA projector access to a variety of apps.

“At this year’s CES event, we are excited to bring value to consumers with our first 4K UHD projector, which delivers the highest resolution we’ve ever offered in a compact size,” said Chang Ik-hwan, head of LG’s IT business division, in a statement sent to MobileSyrup.

The HU80KA and the MiniBeam Projector among other projectors will be on display at LG’s CES booth. Right now, however, it’s unclear exactly how much the projector is set to cost.

Here are the Google Pixel 4a, Galaxy Fold 2 and LG Wing leaks from this past week