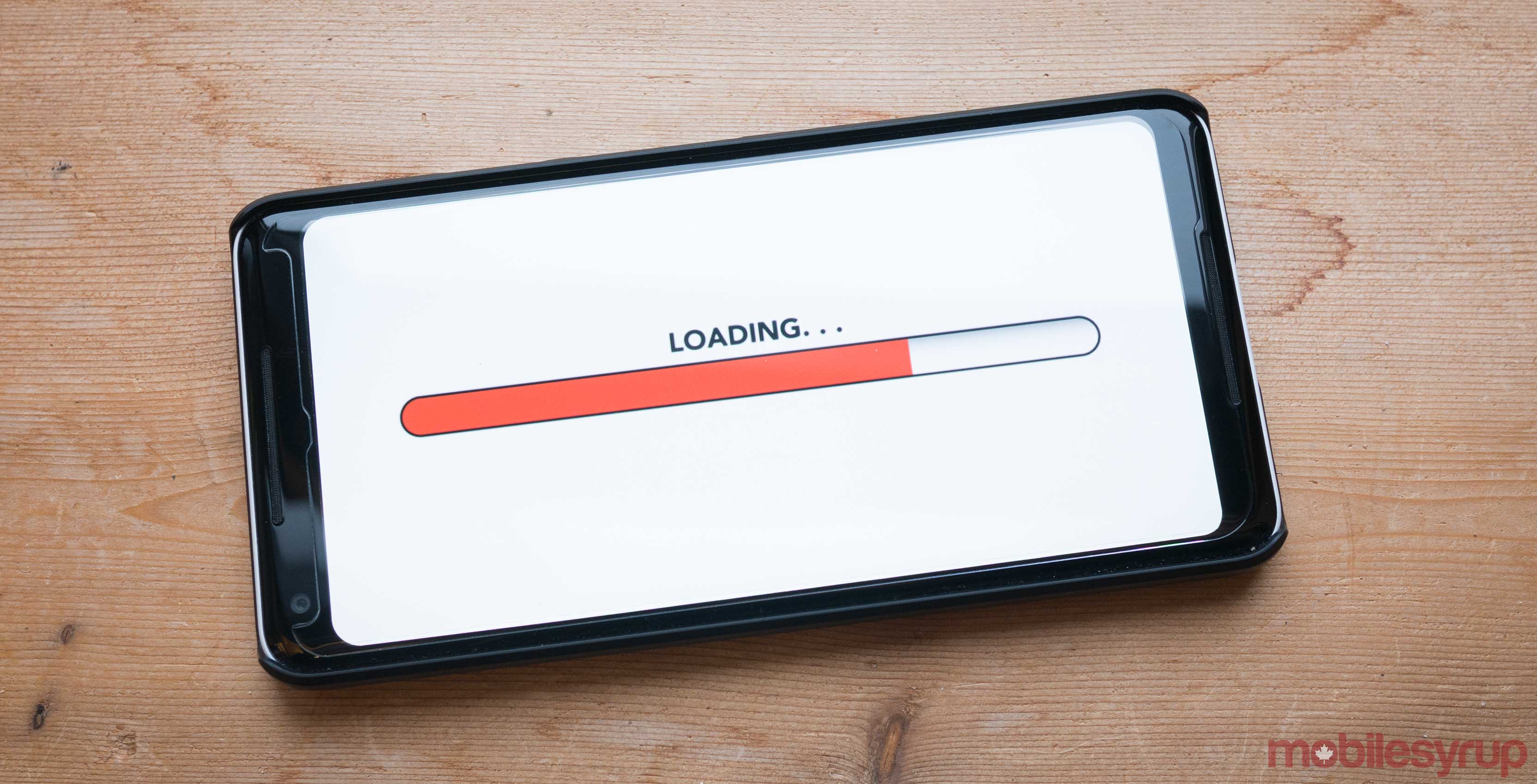 To many supporters of Pai’s FCC, the net neutrality vote was seen as an example of government giving back control of a service to the people responsible of delivering that service to consumers. Afterall, shouldn’t the telecoms — the corporations and groups that helped establish the U.S.’s internet infrastructure, as well as the groups that deliver internet services to Americans — have control over how they want to deliver those services?

However, to the critics and opponents of Pai’s FCC, the vote was seen as an example of government fundamentally failing to protect its people from an industry that has repeatedly tried to throttle, control and restrict access to what many consider a public utility.

Make no mistake, the FCC’s vote will have meaningful ramifications to internet users around the world. In order to determine how a lack of formal net neutrality legislation in the U.S. will affect the citizens and residents of Canada, MobileSyrup and BetaKit reached out to prominent members of industry, the governmental agencies responsible for policing Canada’s internet, industry analysts, as well as pro-net neutrality advocates. Suffice it to say, Canada supports net neutrality.

Below are their responses.

A word from government

“We support an open internet where Canadians have the ability to access the content of their choice in accordance with Canadian laws. Net neutrality is one of the critical issues of our times, much like freedom of the press and freedom of expression before it. That’s why our government has a strong net neutrality framework in place through the Canadian Radio-television and Telecommunications Commission (CRTC).

We believe that an open and accessible Internet is vital to the free flow of content and information, which, in turn, is vital to our democracy. Freedom, equality, diversity and openness are important values for our government, and we firmly intend to uphold these values.”


“The Commission’s net neutrality policy has developed through a series of decisions published in the past few years establishing that service providers should treat data traffic equally to foster consumer choice, innovation and the free exchanges of ideas.

Other jurisdictions, such as the US, have different legislative frameworks and regulatory policies

The vote will not impact the way internet traffic is treated within Canada. We have no jurisdiction on traffic outside Canada and cannot comment on how it will be treated by service providers in other jurisdictions.”

“The biggest problem that Canadian companies and organizations could face is that American ISPs will now be able to ‘slice and dice’ the public internet as they see fit. For an educational non-profit like Rumie, this could include blocking or redirecting traffic from our free LearnCloud website to a for-profit competitor.

This has larger impacts for Canadian e-commerce companies like Shopify. A large oligopoly ISP like Comcast could demand “rent” from Shopify to display content to their customers. If Shopify refused, they could go to Amazon and take their money to redirect all Shopify traffic to Amazon. Overall, it’s very bad news for the Internet as a whole.”


“It’s too soon to tell what the impact on Canadian companies might be. However, it would be naïve to think that the actions of our largest trading partner, and one of the most influential economies in the world, isn’t a worrying sign for the future of the internet.

In Canada, net neutrality remains intact, and I see little political will to change that. However, we can’t pretend that the FCC’s decision won’t have a creep effect globally. Canadians cannot remain silent on this, or get too comfortable. The internet we have today can be gone tomorrow if we are not vigilant. Stay informed and engaged and express your opinions – to the CRTC, at the political level and across the internet itself.

The decision to use US-based cloud services is always a complex one for Canadian companies. Network and data sovereignty is increasingly a concern, particularly for organizations that control public data. One positive outcome of the FCC’s decision could be that Canadian companies start to consider more carefully where their data is housed, where their network goes, and how that impacts their security planning.”


“Wattpad’s vision is to entertain and connect the world through stories. Without a free and equal internet, the world’s ability to connect is jeopardized and diminished.

A free and open internet has enabled unprecedented global innovation and growth, benefiting consumers, companies and economies in Canada and around the world. Any measures to limit net neutrality ultimately stifle innovation and limit our collective potential as a global community.”


“Shopify has always stood strongly in favor of net neutrality and whole-heartedly disagrees with the changes made by the FCC. This decision hurts small businesses and primarily benefits mega corporations. We will do whatever we can to prevent the negative impact of this myopic decision on the hundreds of thousands of small businesses and entrepreneurs who rely on Shopify.”


“Removing net neutrality won’t cause immediate pain. The risk is longer term erosion of the ability of new technology companies and smaller Internet Service Providers to compete. The former, startups, is often discussed but I believe the latter deserves more discussion.

Consumers pay their ISP to connect them to the people, services, and content they care about. Today, virtually all of the content and services that consumers care about are decoupled from the large ISPs. Netflix, Google, and Facebook are prime examples of this. Essentially, any ISP can compete by connecting their customers to the internet at large.

If large ISPs are able to leverage their ownership of the last mile to negatively influence the success and competitiveness of these and future services, it will reduce the ability of smaller providers to compete or impact long-term profitability when they are forced to pay for access to new services.”


“This new change in regulation shifts a lot of power to ISPs. ISPs can use this new found power responsibly by doing things like managing their networks more efficiently and passing savings along to consumers, introducing more customized plans and services, and through innovation with new business models that benefit the consumer. However, big ISPs can also abuse this new found power to gouge the public with toll charges for certain content.  At TextNow, we will be excited to use this opportunity to create new innovative plans and affordability options for consumers when it comes to mobile phone service.”

“We’re disappointed in the FCC’s decision to gut the net neutrality protections that ushered in an unprecedented era of innovation, creativity and civic engagement. Today’s decision is the beginning of a longer legal battle. Netflix will stand with innovators, large and small, to oppose this misguided FCC order.”

“Today’s decision from the Federal Communications Commission to end net neutrality is disappointing and harmful. An open internet is critical for new ideas and economic opportunity – and internet providers shouldn’t be able to decide what people can see online or charge more for certain websites. We’re ready to work with members of Congress and others to help make the internet free and open for everyone.”

“We support Canada’s net neutrality framework. Open and fair access to the internet is a vital resource in our digital economy.

We do not believe that policy changes in the United States will have an impact on Canadians’ access to U.S.-based websites or services.”

Analysts are skeptical, but not disheartened

“If you’re a business and trying to reach an audience, a lot of the online businesses rely — they look for customers everywhere. Canadian businesses often look for customers in the States and… if internet service providers start to implement things like paid prioritization, throttling and blocking, which we already know there’s stated interest… it’ll be hard for smaller Canadian businesses in general to reach the same sort of audience… Put in place paid prioritization and you have these big or even medium-sized business to shell out money to the ISPs, [it’ll be] difficult for Canadians to reach the same customer base.

And I do think we’ll see that happen.

The internet doesn’t have borders… Anything that happens to [the U.S.] is going to affect us in Canada. Especially if you look at services like Netflix, Spotify — services we already pay for. If they’re going to need to make deals with services providers for paid prioritization… shell out money to not be throttled, it’s going to drive up the cost of business and they’re going to pass that cost down to consumers… I think we’ll see arrive on our Netflix bill, our Spotify bill…”


“I do think it raises real issues with respect to Canadian businesses looking to do business there. Shopify is a perfect example. We could envision another e-commerce platform — let’s say one of the competitors based in the US — paying to put itself in the fast lane effectively consigning competitors to the slow lane. Over time that could have a real impact as stores might shift due to the fact that they find they load more slowly compared to their competitors.

[In response to whether this could sway Canadian net neutrality policy] I think the effect we’ve seen so far is the opposite. We’ve seen this government in particular, and many other politicians and the regulator doubling down on net neutrality. I think it’s striking how outspoken government ministers, particularly Navdeep Bains, but also Melanie Joly and even the Prime Minister, have been in support of net neutrality. It’s pretty clear there’s absolutely no political appetite for moving in the same direction.

[In response to whether this affects Canadian carriers for things like roaming programs] The impact is felt far more directly at the provider level at least initially, consumers bear the brunt of essentially experiencing a two-tier internet, but it’s those that are provisioning those services or providing services online that find themselves either paying for a fast lane or stuck on a slow one. So, at least on that issue, on the fast lane/slow lane, it affects consumer’s internet experience in terms of how fast stuff loads. So that would be a difference when they run on those networks. And of course, were sites to move towards blocking or other kinds of activities like that, it could have an impact there.”

-Michael Geist, Canada Research Chair in Internet and E-Commerce Law at the University of Ottawa

Companies that have not commented at the time of publication