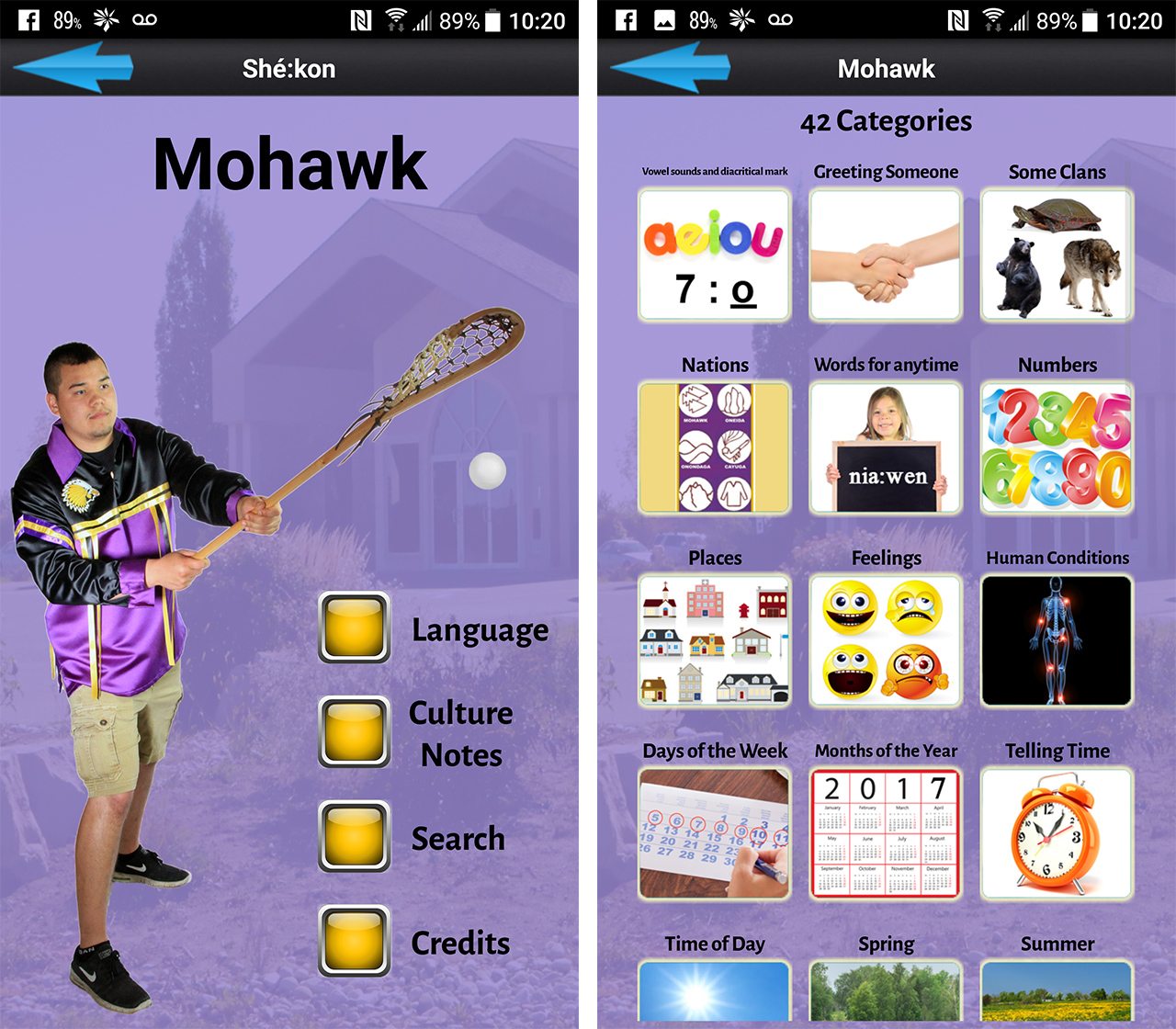 Six Nations Polytechnic, a post-secondary school recognized as a Centre of Excellence for Indigenous Knowledge, has launched an app called Speak Mohawk. The app is designed to teach words and phrases in Mohawk, a language spoken by about 2,350 people within Canada.

The Speak Mohawk app can teach worlds and phrases like shé:kon (hello), Wakhsharé:wake (I am a Bear) and teioterihwakhashiónkwas (sharing).

Within the app the words and phrases are divided into categories such as greetings, feelings, clans, places and seasons. The app will read the phrases aloud for syntax, than users can speak it back, similar to Duolingo.

“These languages are who we are,” said Tom Deer, in an interview with CBC, “It’s the identity of this land.”

Deer teaches Mohawk and Cayuga at the post-secondary school. He believes this is a way for the relegated and marginalized Mohawk and other First Nations languages to get out there in the world.

“So many people want to be able to learn our languages but may not have time to get to a class,” Sara General, said in a news release. General is a development officer at the Six Nations Polytechnic, and also worked on the app.

“This offers them a way to learn some basic phrases and foundational language on their own time, in a fun and exciting way,” General continued.

The school has also developed a similar app for the Cayuga language that, according to a 2016 report from Stats Canada, only 40 people in Ontario speak. Speak Cayuga has been downloaded about 700 times.

Speak Mohawk is available through iTunes and Google Play.