Against the odds, Mario + Rabbids Kingdom Battle is a great game [This week in Gaming] 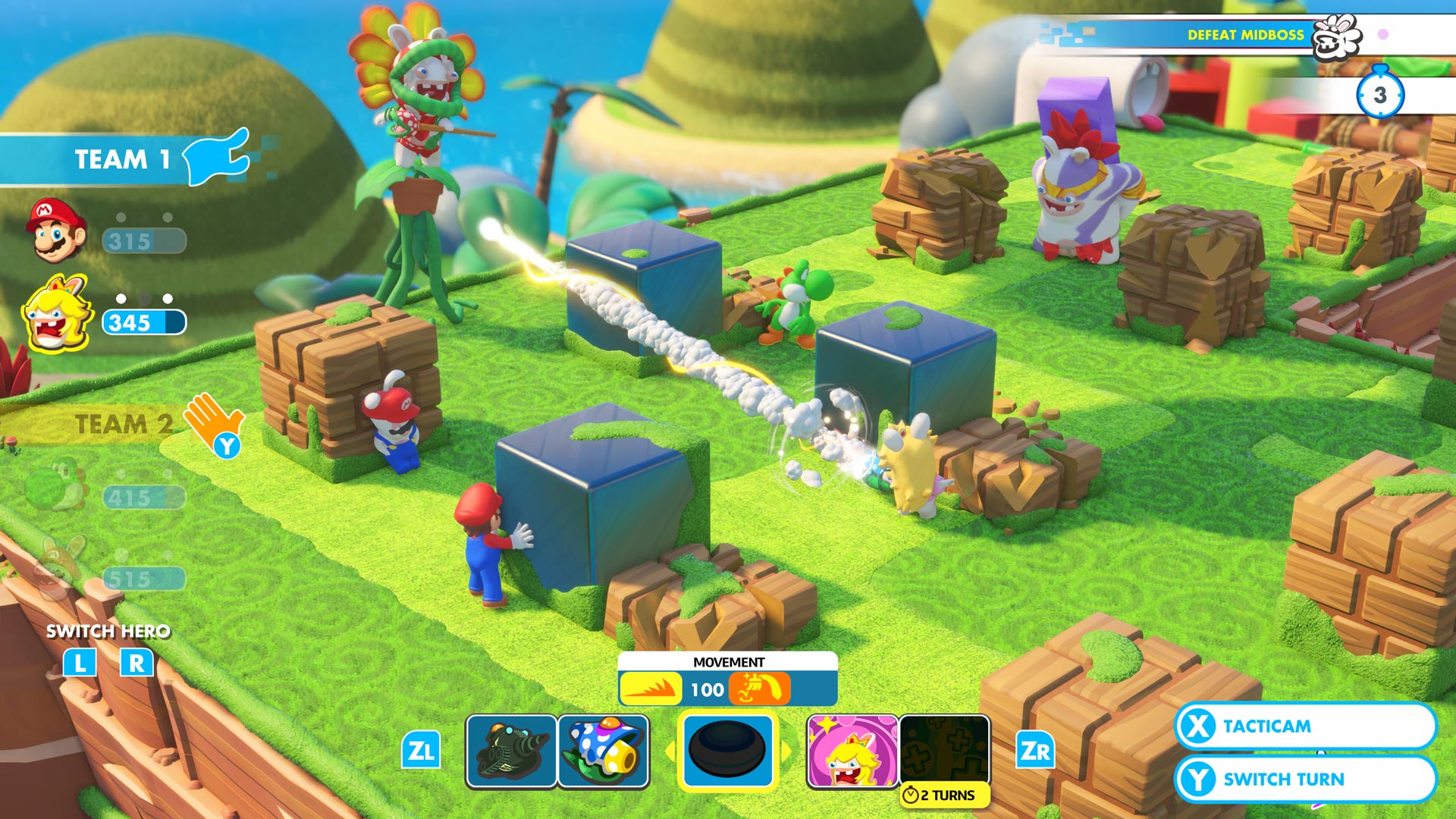 I’ve been skeptical of Mario + Rabbids Kingdom Battle dating back to before the game was even officially revealed.

Images of the bizarre sounding Ubisoft-Nintendo partnership Switch game leaked online weeks ahead of the title’s official unveiling, erupting a furor of controversy in the online gaming community.

If leaked art ended up being accurate, the game seemed to feature Mario, as well as other well-known Mushroom Kingdom dwellers, holding guns and other projectile weapons, side-by-side with Ubisoft’s often-annoying Rabbids characters. The collaboration between Nintendo and Ubisoft seemed so bizarre that many even thought the game was fake. 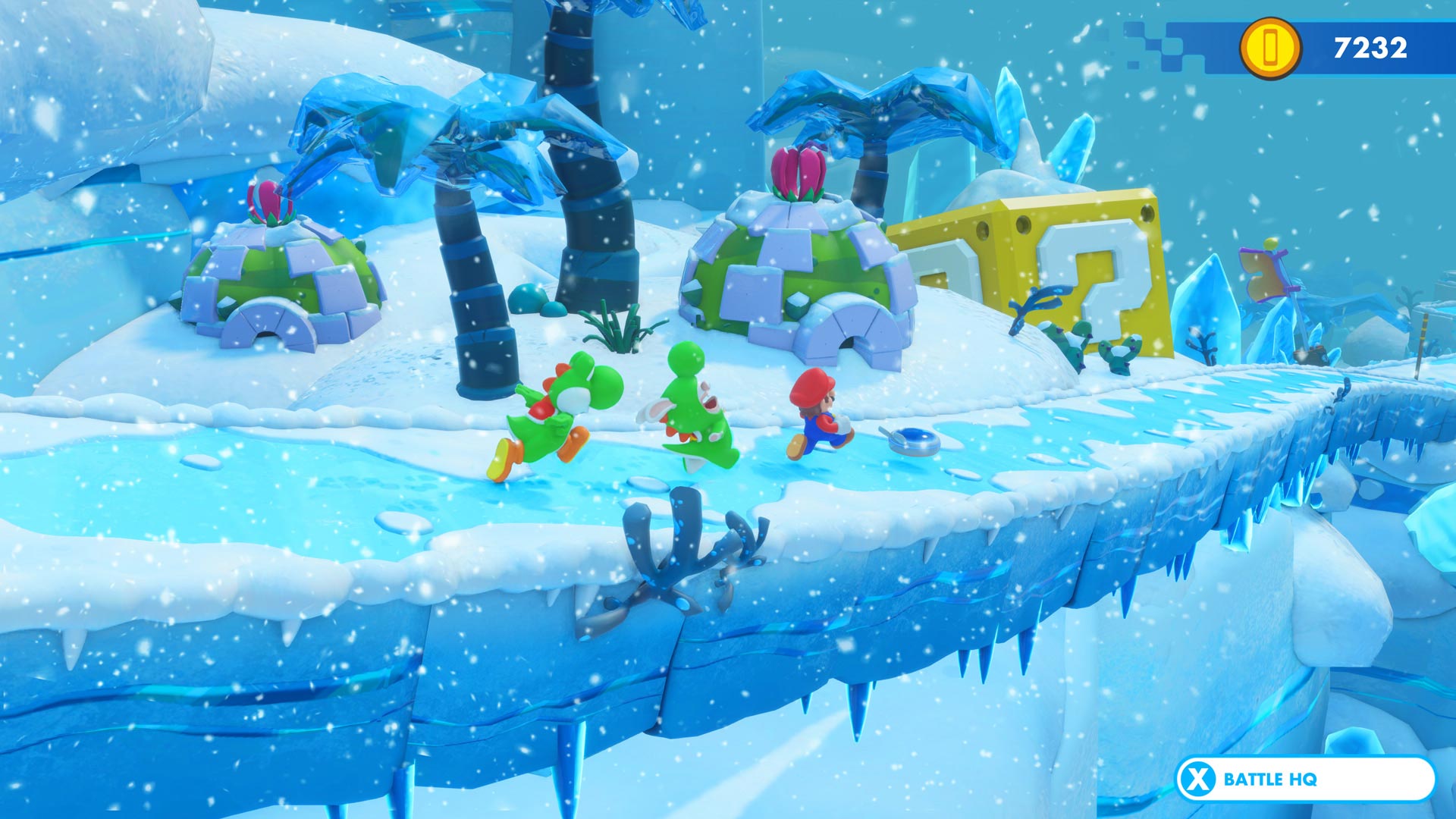 I count myself among those early skeptics and assumed the game had to be some sort of cruel joke. Then, just a few weeks ago, Kingdom Battle was released and received almost resoundingly positive responses from critics and fans. Still, I remained cautious, and thought that Mario + Rabbids likely amounted to little more than a child-friendly, simplified version of XCOM.

To my surprise, Mario + Rabbids Kingdom Battle is actually deep, engaging and perhaps most surprisingly, fits perfectly into how I enjoy playing games at this stage in my life, by stripping much of the baggage more hardcore RPGs often include.

Growing up, I always had a connection with role-playing titles, whether it was Final Fantasy III, Final Fantasy Tactics Advance, or the Advance Wars series. The minutiae of managing a party of characters, equipping weapons, learning new skills and venturing across an unknown land, always excited my imagination in a way no other video game genre was capable of. 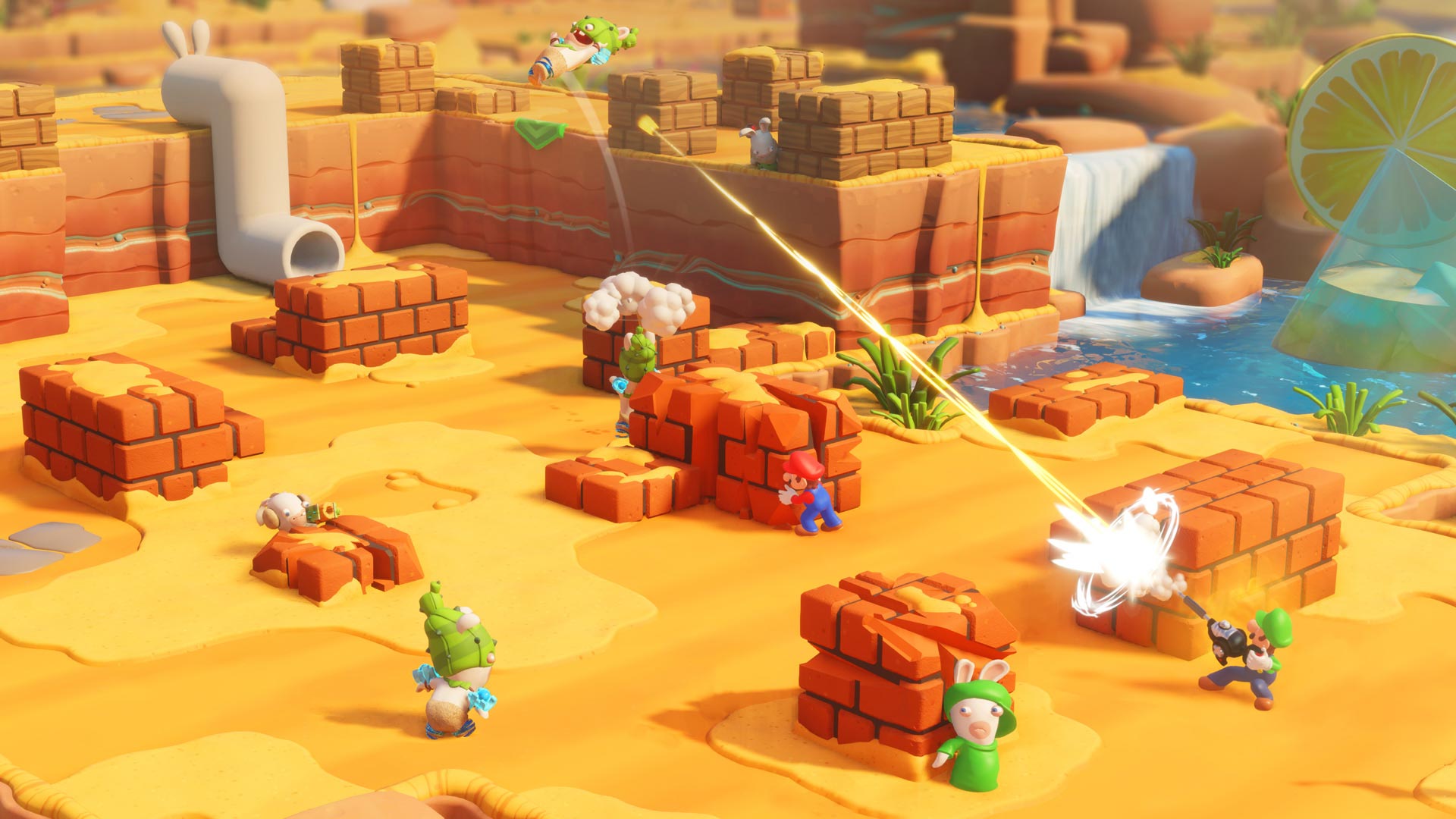 Now, however, my game playing time is vastly more limited as an adult. I’ve picked up multiple RPGs over the last few years, both of the Japenese and Western variety, and while I end up being very into them for a brief period of time, I’ve come to the conclusion that I no longer have time for much of the genre’s complexity.

Mario + Rabbids Kingdom Battle amounts to a perfect balance between accessibility and depth. Gameplay is straight-forward, upgrading members of your party is a simple process, and equipping/upgrading weapons is streamlined in a way that removes the unnecessary complexity found in other games in the genre.

Players who are familiar with turn-based tactical strategy games, particularly the XCOM series, will likely feel right at home with Kingdom Battle. You move Rabbids — which are often awkwardly dressed like well-known Mario series characters — as well as Luigi, Peach, Mario and many other Nintendo franchise mainstays, around various landscapes in turned based battles. 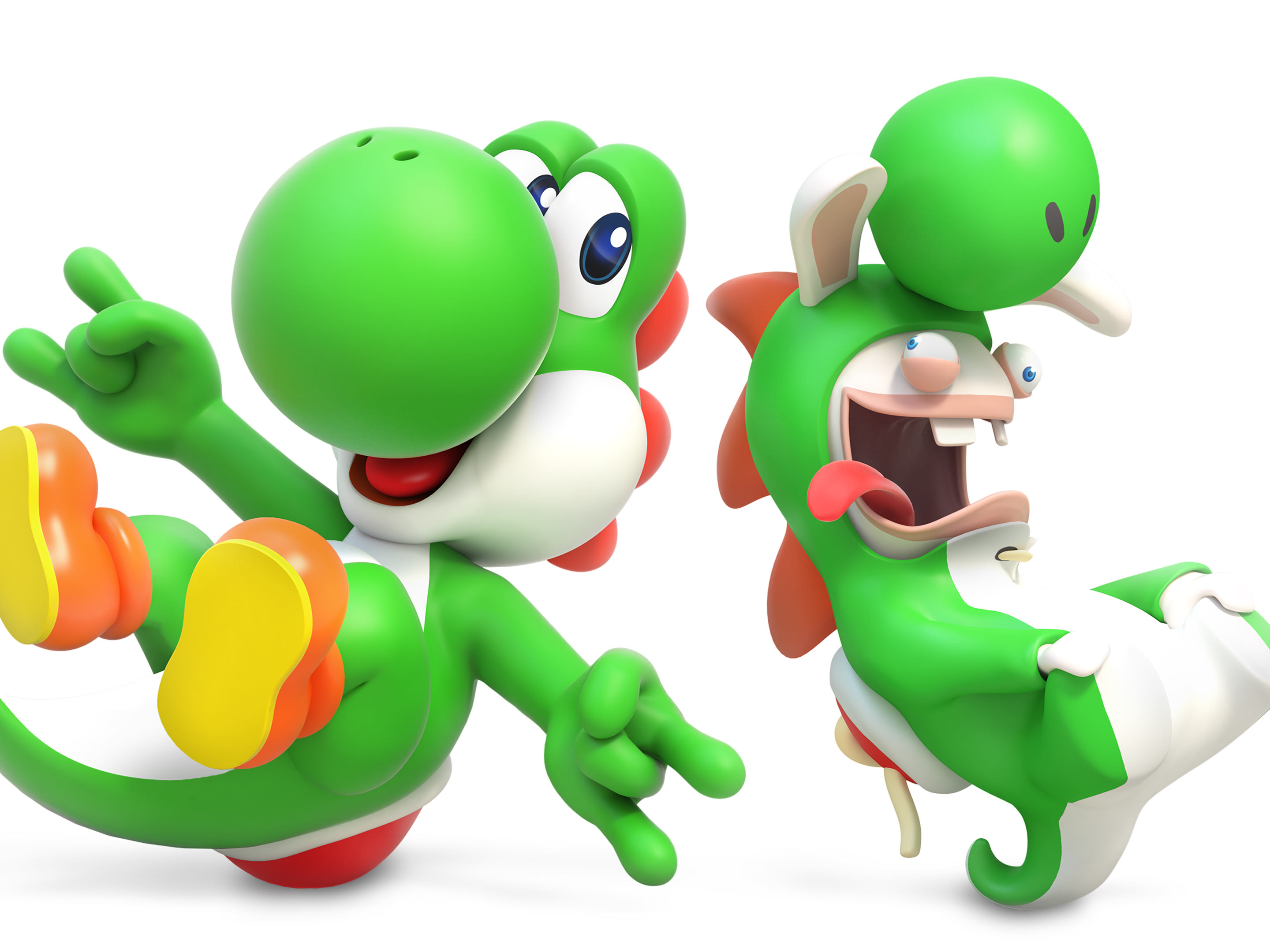 Make no mistake though, Kingdom Battle is not ‘XCOM for babies’ in the slightest. Combat quickly becomes chaotic and complex, with some of even the game’s early stages taking me multiple attempts to get through. Later on in the title, jarring difficulty spikes become more common, which could turn some players off from the experience. This issue stands out as one of the few major problems I’ve run into during my time with Kingdom Battle.

The game is divided into various landscapes: grass land, ice land, halloween land and lava land, with each area featuring corrupted visions of iconic Mario items. Question Mark Blocks clad in underwear and crumbling Bullet Bills, give the game a strange mix of nostalgia that blends well with the Rabbid franchise’s familiar toilet humour. Creating a world that feels polished, but more importantly like it actually belongs in the Mario universe, is an impressive achievement on the part of Ubisoft’s Milan-based studio.

Careful, thought-out strategy really comes into play in Kingdom Battle as soon as you realize damage carries over between battles in many cases. This means that in most stages, every move counts, and that taking advantage of warp pipes, combo attacks, as well as always ensuring you’re spending coins on the most efficient new weapons that fit with your play style, is key to success in Kingdom Battle, especially in the game’s later, less forgiving stages. 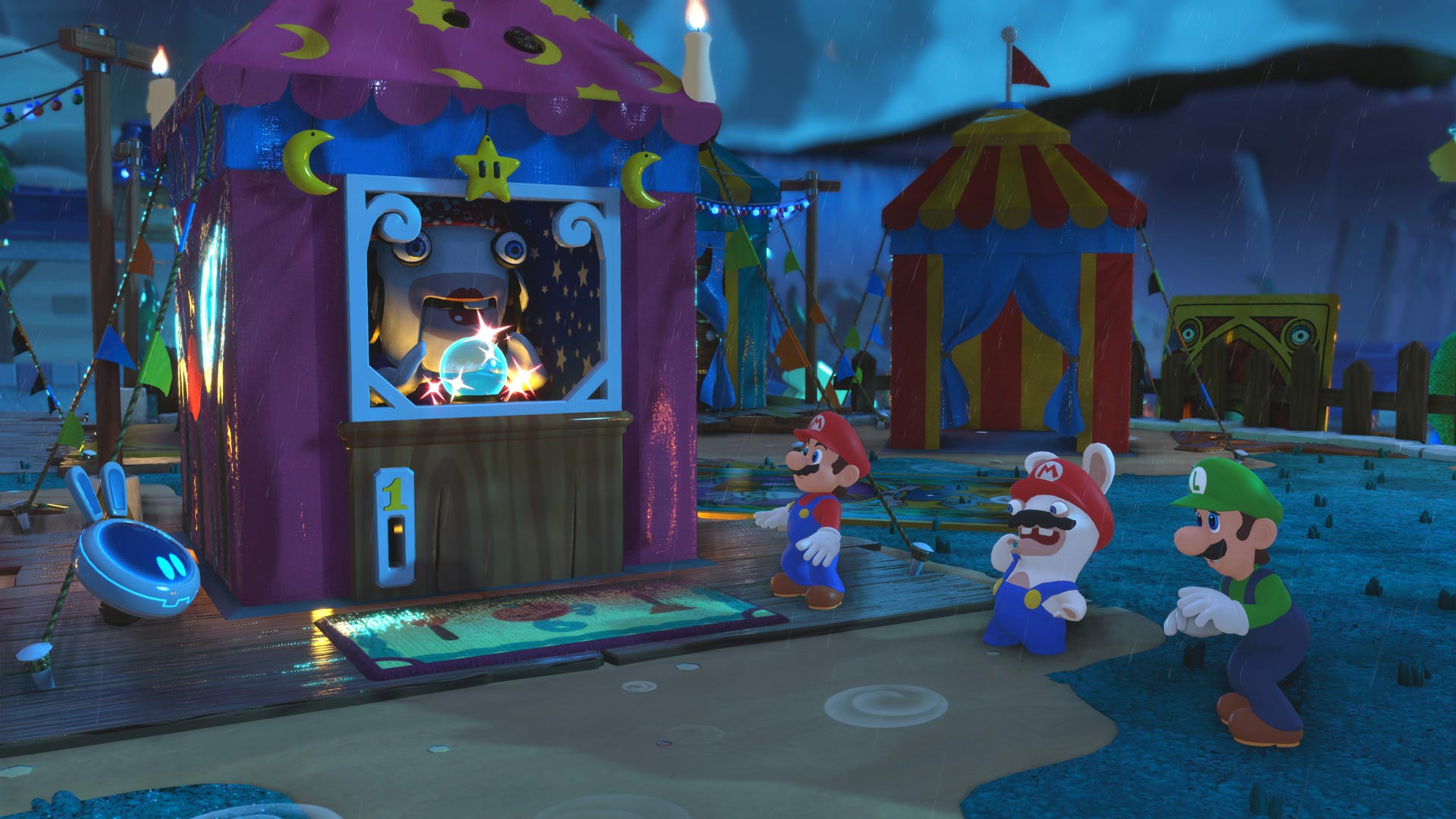 Ubisoft has also made an effort to shake-up the goal of stages, which helps ensure Kingdom Battle never becomes monotonous. Some levels require the player to destroy every Rabbid in sight, while others task you with reaching a specific area of the map. Boss battles also add variety to the game and are often challenging, forcing players to carefully calculate their plan of attack, as well as the position of their squad at all times.

I’ve had a surprising amount of fun with Mario + Rabbids Kingdom Battle and a newfound respect for Ubisoft’s Milan studio. Working with Nintendo, a company that’s notoriously protective of not only its intellectual property, but how its characters are represented, certainly was not an easy task. It would be fascinating to hear how the pitch meeting went when Ubisoft explained that yes, the game they have in mind will feature Mario holding a variety of gun-like weapons.

As a side note, while the game’s co-op mode likely won’t be for everyone, in an industry full of titles that don’t feature local co-op, it’s great to see that Ubisoft took the time to include two-player multiplayer in Mario + Rabbids. 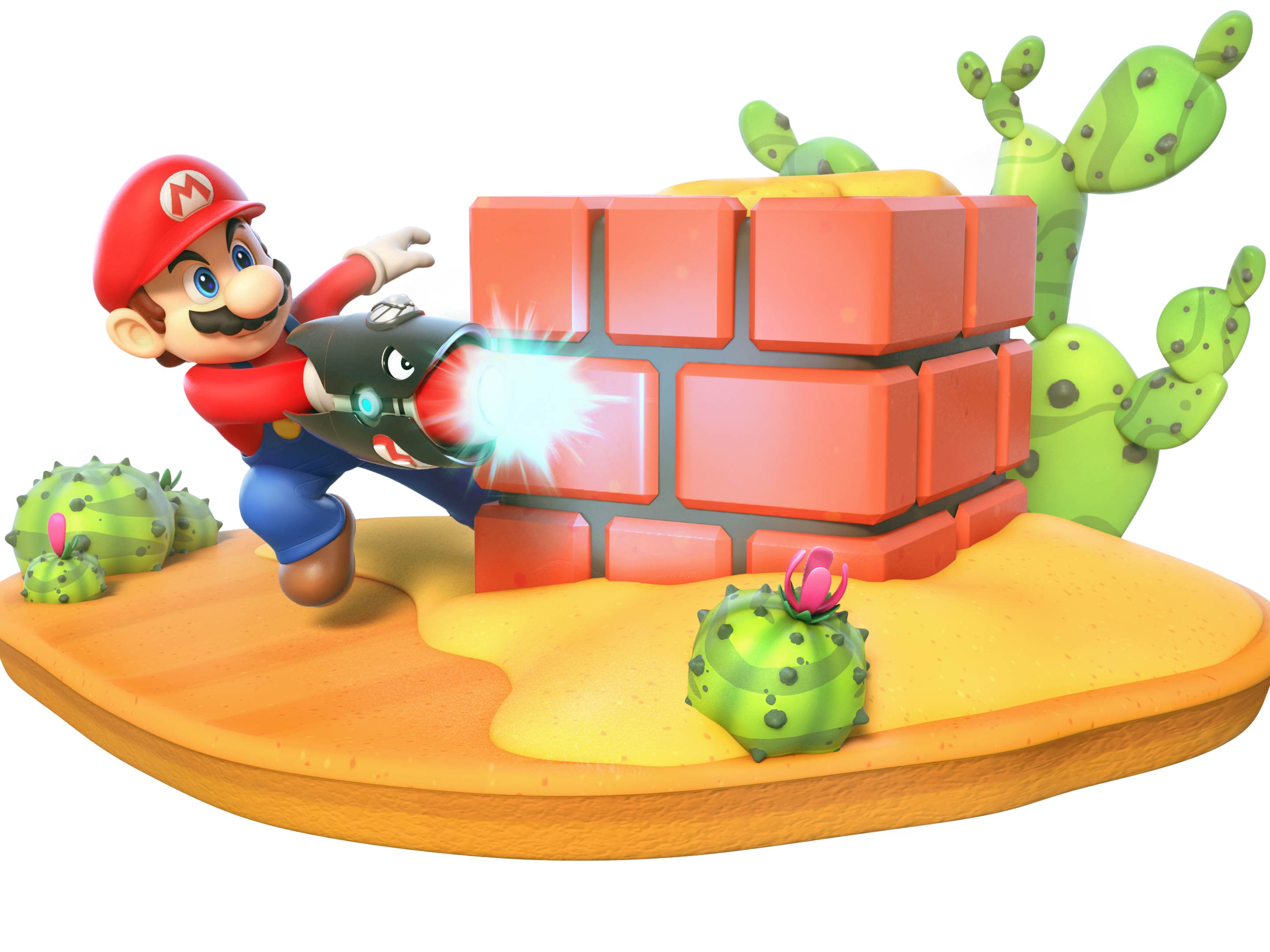 Kingdom Battle in some ways also marks a new era for Nintendo. It’s been years since the Japanese gaming giant has given a studio this level of freedom with its most valuable properties.

Hopefully Mario + Rabbids Kingdom Battle is a sign of more interesting Nintendo collaborations to come from Ubisoft, as well as other third-party developers.