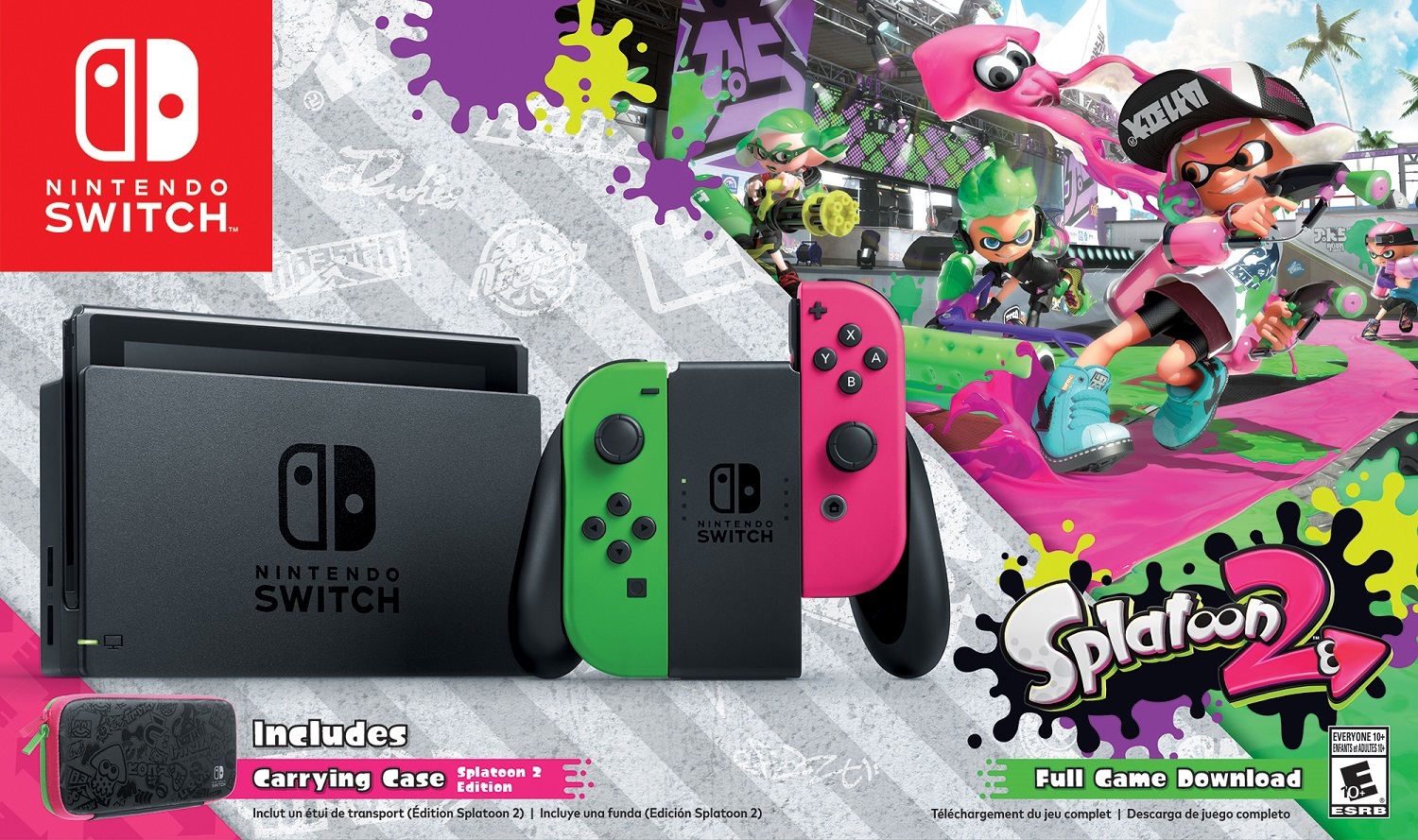 Nintendo has announced a new Splatoon 2 Switch bundle that includes a special edition green and pink Joy-con version of the company’s console, as well as a carrying case and downloadable copy of Splatoon 2.

The new bundle is set to retail for $499.99 in Canada and will be sold exclusively at Wal-Mart.

“Consumers in Japan and Europe have already had a strong response to Splatoon 2 bundles in their territories,” said Pierre-Paul Trepanier, Nintendo of Canada’s general manager and senior director.

“This exclusive Walmart bundle gives people who have been waiting to buy a Nintendo Switch a great value and incentive to get splatting.”