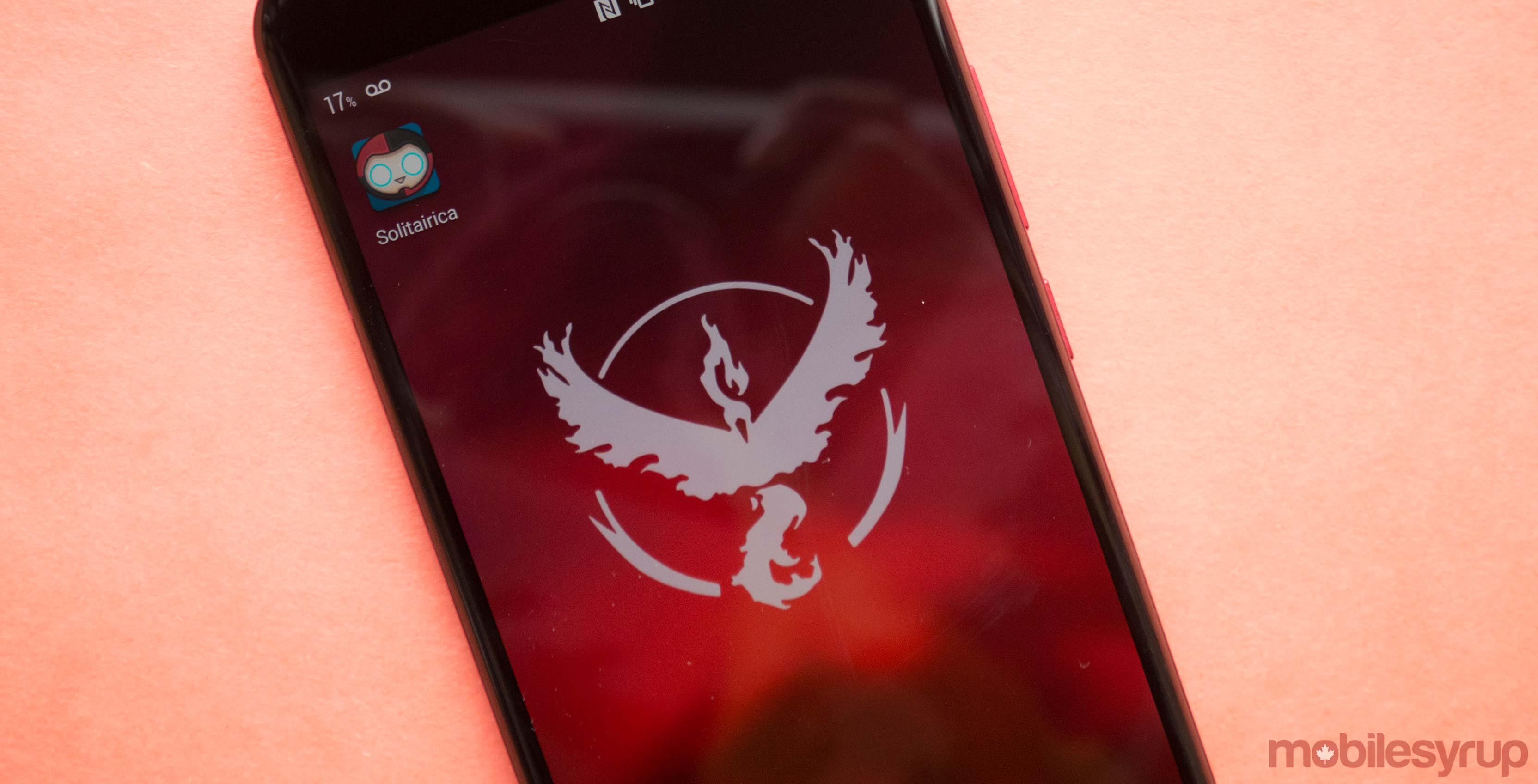 Solitairica is a combination of the iconic Solitaire card game and an RPG rogue-like mobile title.

The game, developed by Righteous Hammer Games, brings a completely new strategy to Solitaire, though it takes the classic card game’s main concept and spins it in a unique way. In its Adventure mode players face off against a variety of fantastical creatures and humanoids in hope of saving Castle Stuck from invaders. 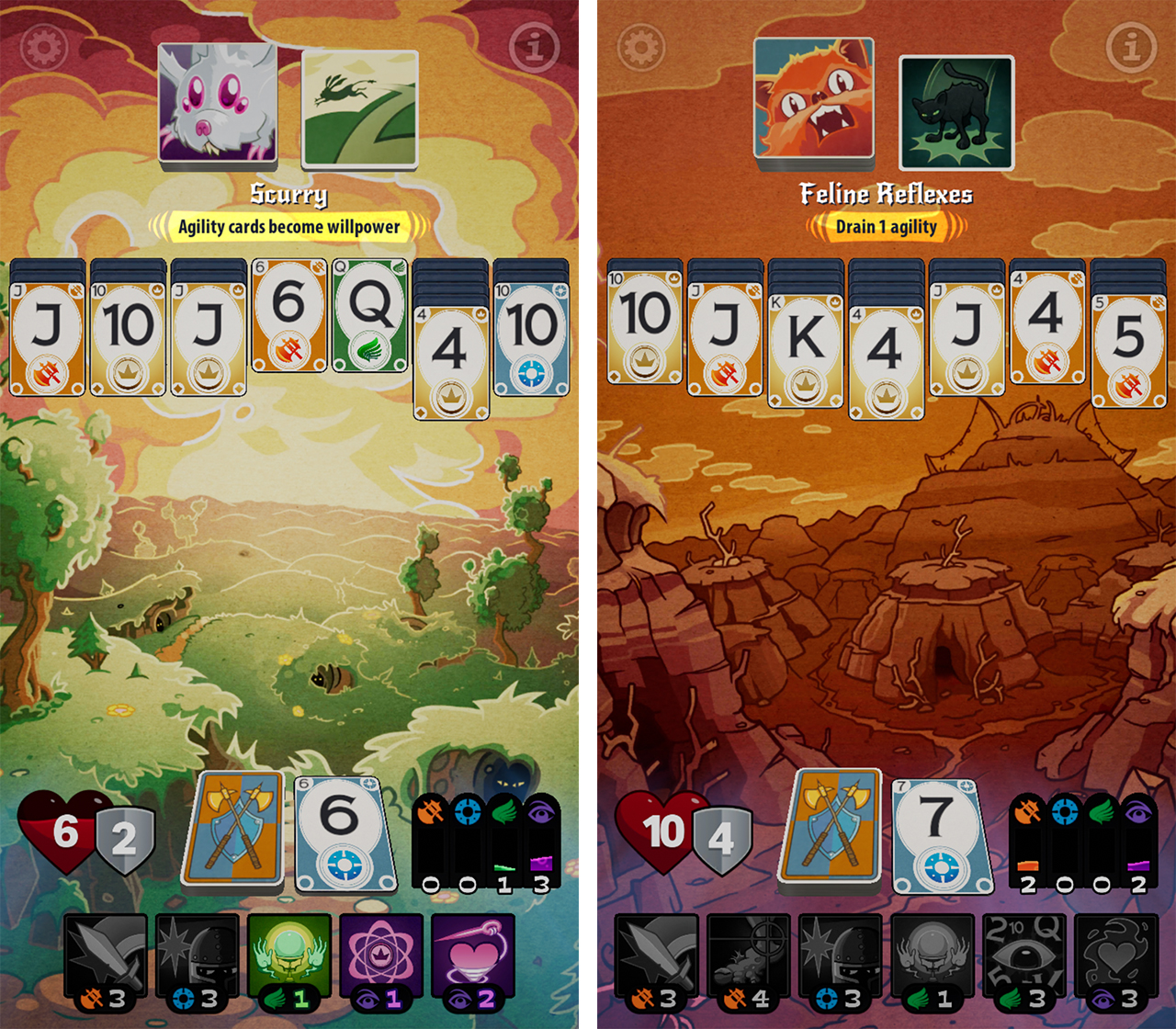 In Solitairica each battle features rows of random facedown cards, except for the card at the very top; these cards represent your enemies’ health. The goal is to get rid of each row of cards before your life points drop to zero.

To do this you first must draw a card and look at the top cards of each row in an effort to find a card that’s either one lower or higher than the card you drew. For example, if you draw a three, and one of the rows has a four, while another has a two, you must pick whether you want to take the enemy’s three or two.

If you stole the two, it replaces the card you drew and you now must look for an Ace or a three.

Once you’re no longer able to take any of the opponents cards, you have to draw a card from your deck, however, this gives the opponent a chance attack. Each enemy has the option to attack your ten life points directly. 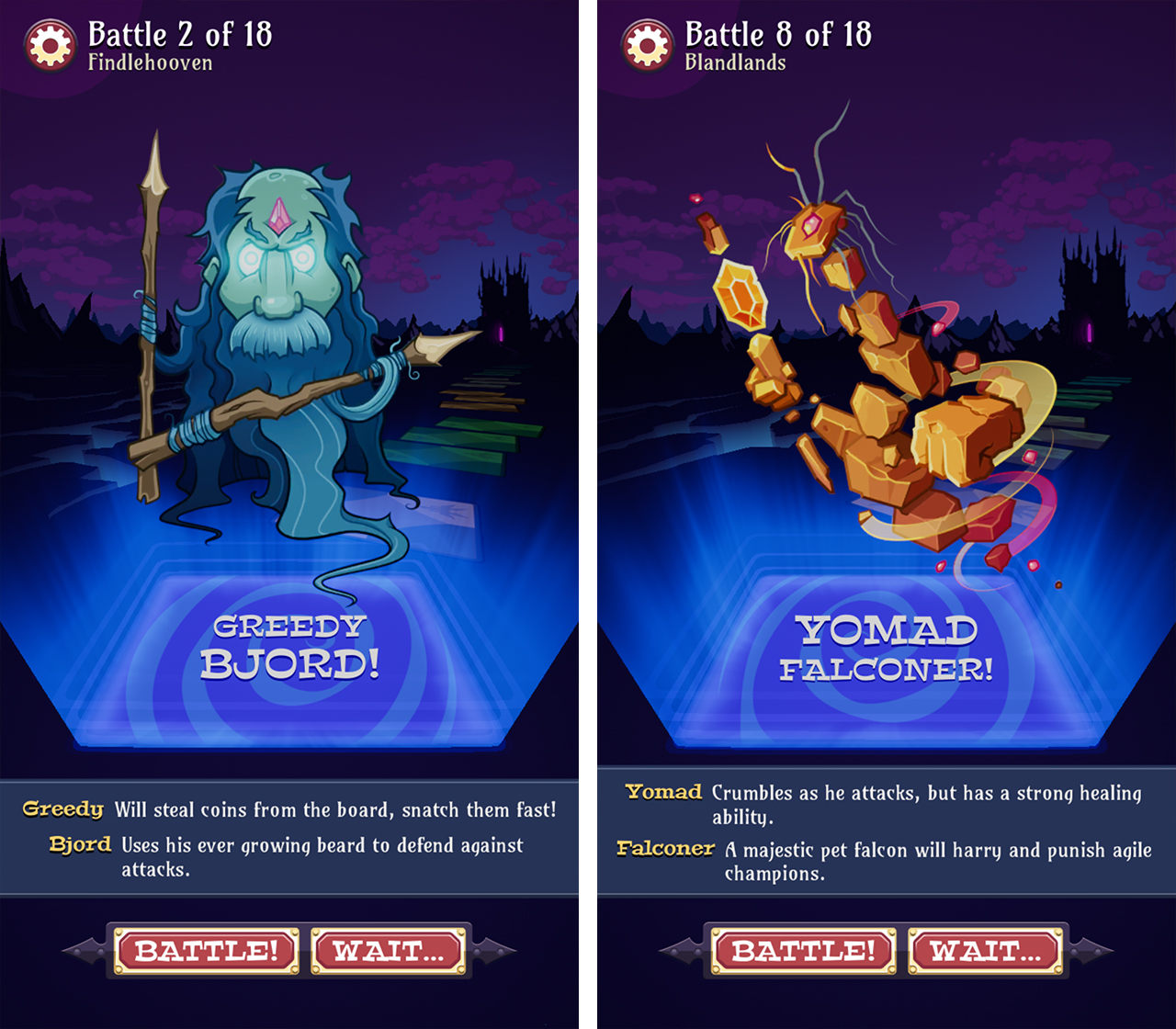 All enemies have their own abilities depending on their name (seen above). Certain opponents will randomize top cards, eliminating any strategy you might have had in place, while others may put a ticking time bomb which can attack your life directly.

After your health points hit zero you lose and have to start your adventure all over again.

Losing, however, gives the player in-game currency that allows you to purchase deck upgrades or unlock one of the six classes — Warrior, Rogue, Bard, Paladin, Wizard and Monk — offered in Solitairica. 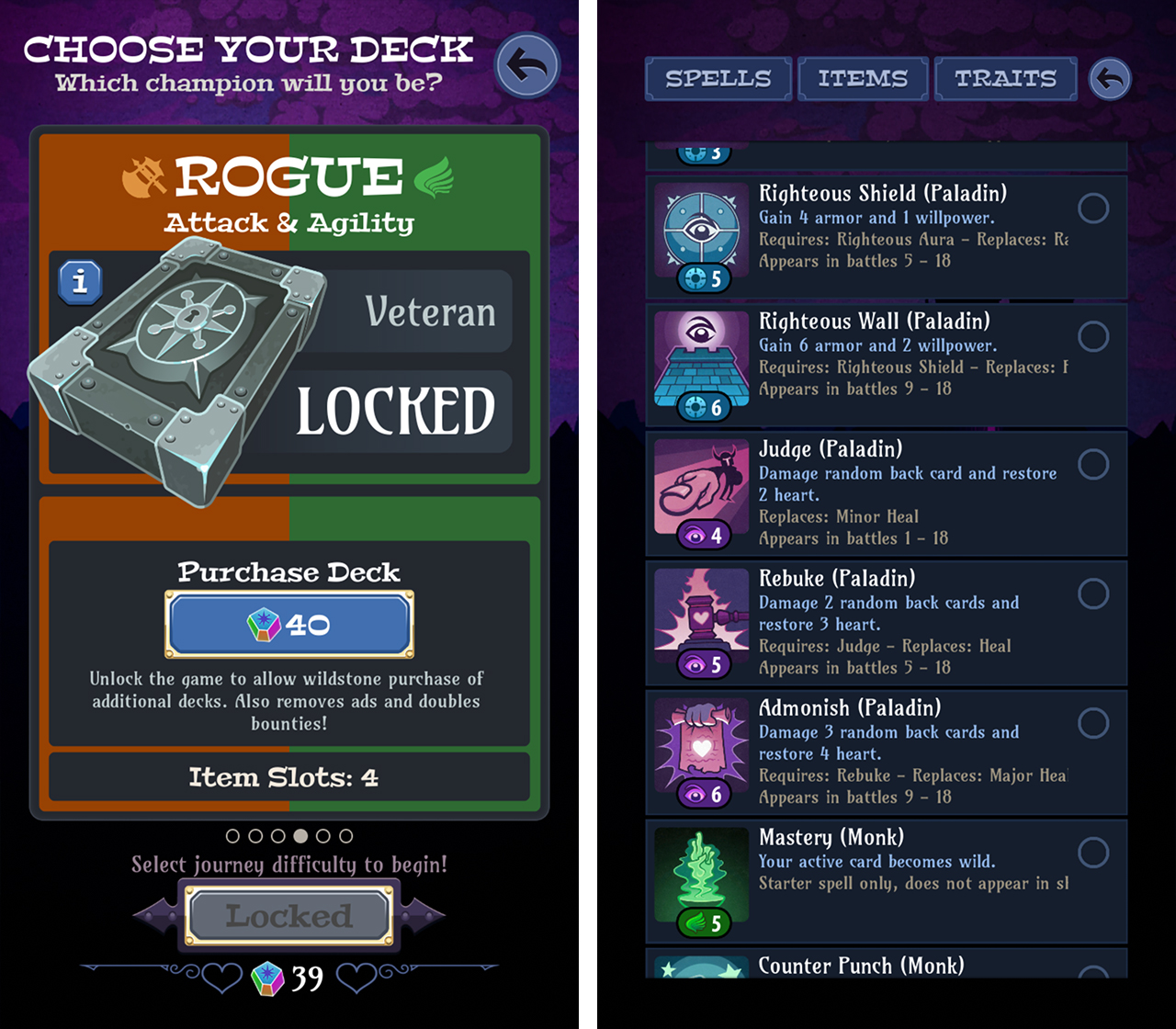 Solitairica has four energy types often seen in RPG-like games: attack, agility, willpower and defense. These go towards the spells you can use, to help you against enemies. Attack spells damage a card on the top row. Defense spells give armour to protect against attacks. Agility allows you to see your next card coming, and other tricky spells that help you learn your deck and the opponent’s cards. While Willpower heals you resulting in more health.

Instead of suits each card has a one of the four energy types or money associated to it. Whenever you draw a card it gives you its energy type and whenever you would steal a card from your opponent it does the same.

Solitairica is RPG-like due to the choices it gives you. You can choose a variety of spells, pick from the variety of classes and purchase items that give an in-game boost.

You can now play Solitaire in Google Search