We’ve all done it at some point or another; left the stove on and nearly burned the house down.

It’s a terrifyingly easy thing to do — you take your food off the heat, start plating it and the fact that a searing hot element is on and exposed totally slips your mind.

To help alleviate that concern, a new gadget called the Wallflower has hit the market at $169 USD. The device takes the shape of a wall plug that acts as a middle man between the outlet and an electric stove, relaying information to an app on your Android or iOS device. 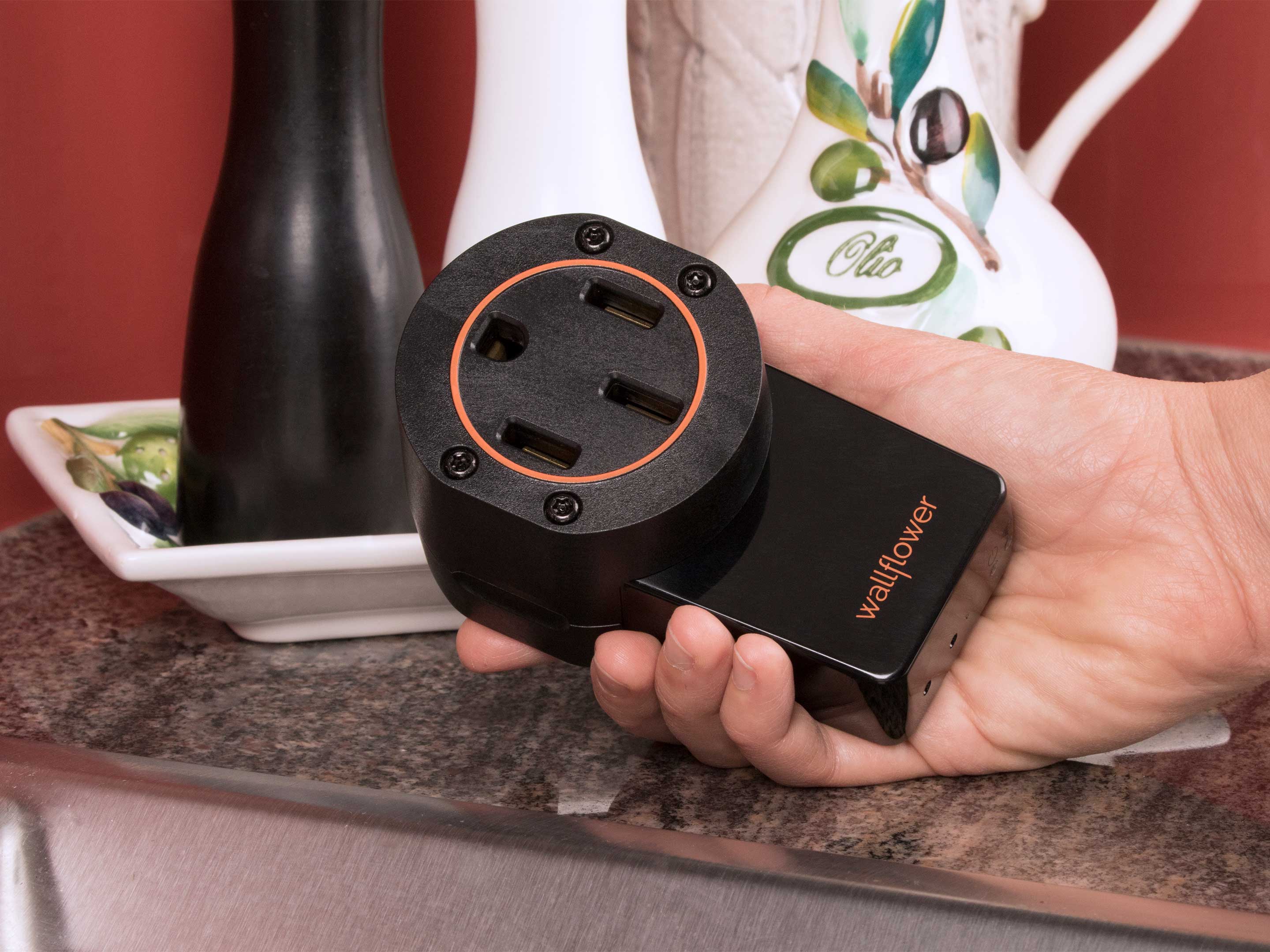 It will sound an alert behind your stove and notify your smartphone when the stove is on for too long or if you forget to turn it off, using information it’s learned through analyzing cooking habits as well as cues like geographical location — for instance, if you’ve left the house while the stove is still on.

Additionally, the app supports multiple users, so you can check in on the stove’s status remotely and see if your teenager is attempting to torch the house while making tater tots.

The device is marketing itself as a tool that allows your to turn your electric stove into a smart appliance for much less than the price of a connected stove, which might run around $1,500.

To this end, the device can also set cooking timers that will send an alert to both the phone and the device, and show a recent history of stove use.

The fledgling company says a gas stove equivalent is also in development, with updates available on the gadget through an email list.

My current living situation is in what is commonly known as a ‘rundown old fire trap’ on the fourth floor of a more than century-old building. Anything that helps me survive an inferno is a welcome tool, since there’s no chance our landlady will spring for a fancy new stove and our apartment is oddly shaped enough that I’m not entirely sure the smoke detector has a chance of detecting anything until the entire kitchen is in flames.

It is a bit expensive, that’s true, but given the pricing of the alternatives — purchasing a new appliance or doing other costly retrofitting — the sum begins to seem reasonable.

I suppose ultimately, it comes down to just how nervous you are about fires. Being a paranoid person living in a tinder box, I’m ready to invest.