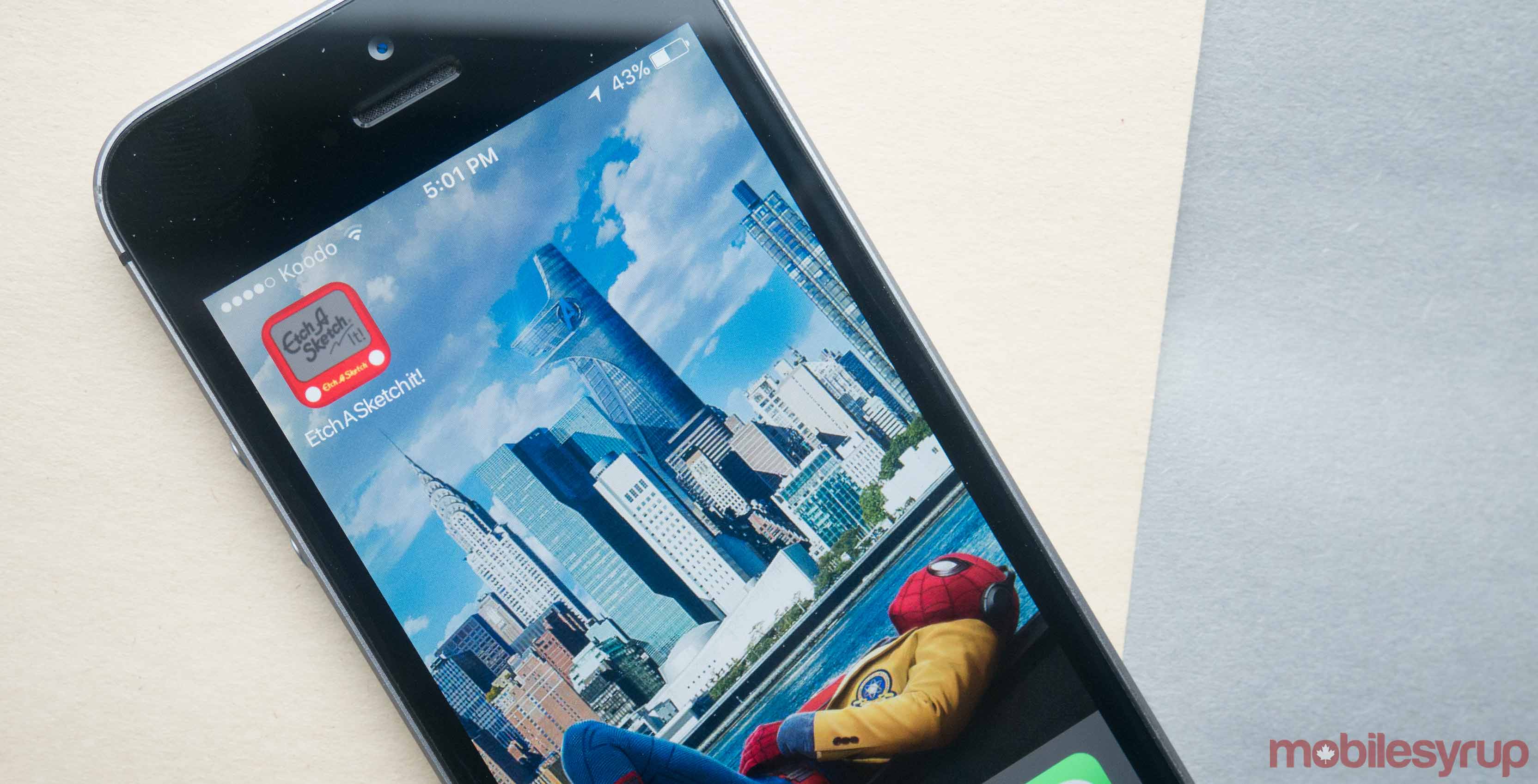 For more than 50 years, people around the world have been drawing all kinds of pictures on Etch A Sketch toys. Now, you’ll be able to do so with your smartphone, thanks to the free Etch A Sketch IT! mobile app.

Notably, Etch A Sketch IT! was developed by Toronto-based Spin Master, which acquired the rights to the popular toy in 2016. 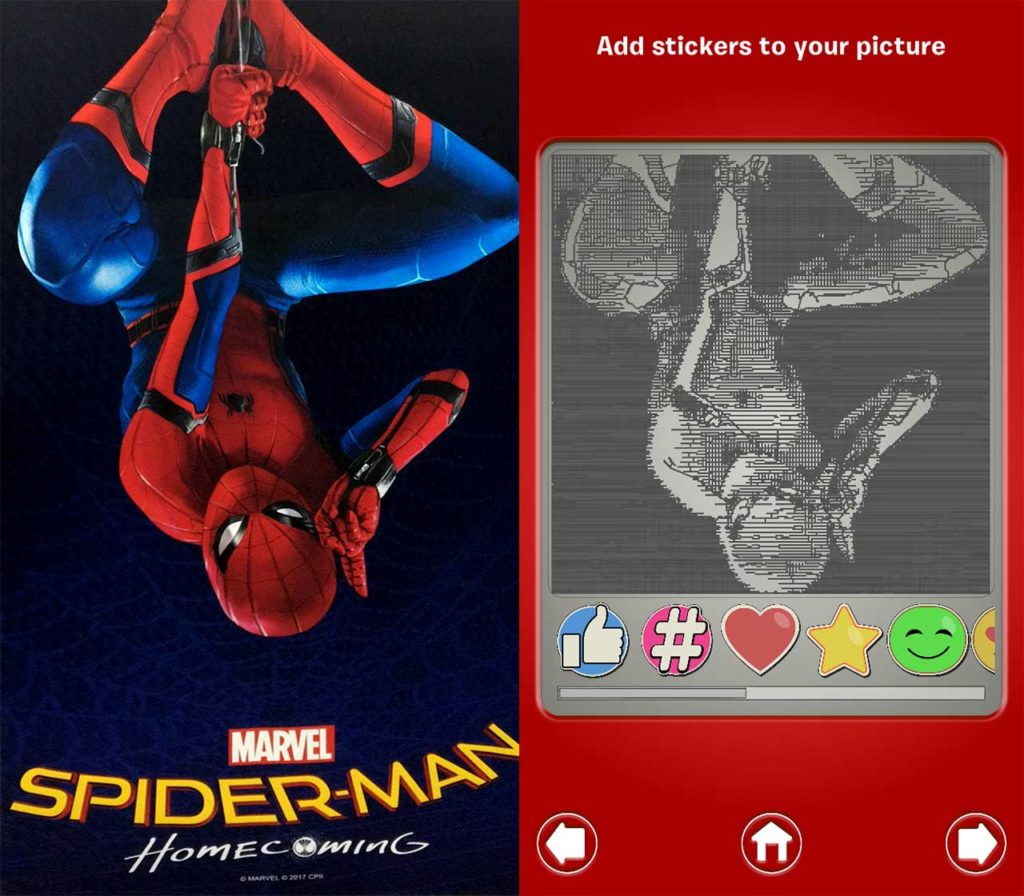 With the app, you’ll have the option to either use a photo from your camera roll or take a new one. As the photo is being sketched, you can also add stickers such as smiley faces and thumbs up signs.

What’s really neat about the app is that it records videos of your pictures being transformed into Etch A Sketch doodles, which can then be saved to your phone’s camera roll. It’s cool to see even your most drab selfies being etched out right in front of you.

And of course, what would an Etch A Sketch app be without the option to let you make your own art? In this mode, you’ll draw using two white knobs, as you would with a real Etch A Sketch.

Shaking your phone will erase your drawing. You can choose which colour you want to sketch in, as well as what background will display behind your drawing. This mode also supports the ability to add stickers. 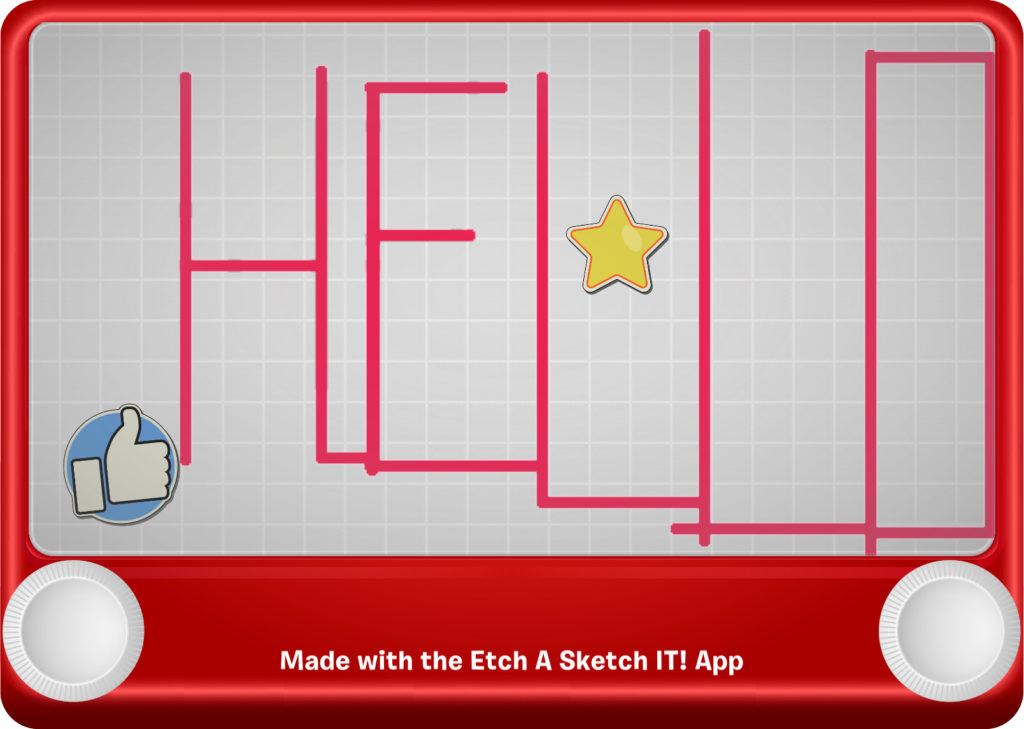 Ultimately, drawing with a physical Etch A Sketch toy would of course be easier, but the touch screen controls work well enough to let you flex your creative muscles.

Etch A Sketch IT! can be downloaded on iOS and Android devices.